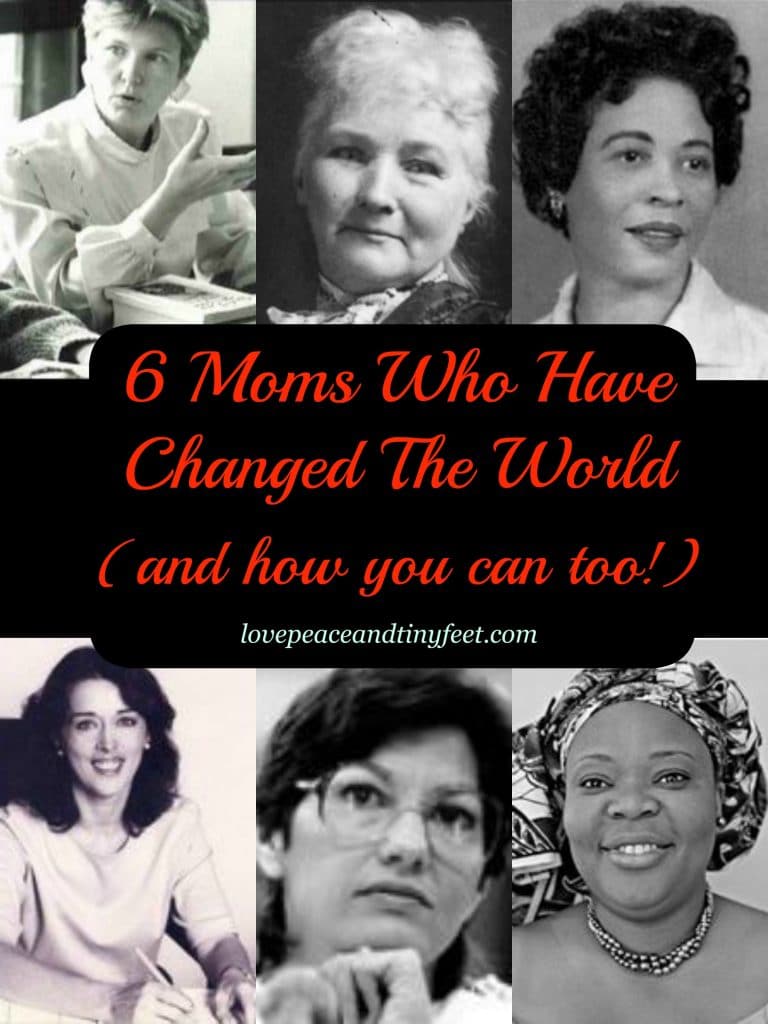 Well, it’s day 18 of NaBloPoMo and today’s writing prompt is as follows:

What do you hope people remember about you after you’re gone?

As moms, we may sometimes feel a little overwhelmed and stifled in our abilities to do great things, but it always helps to look at other moms who have done just that as inspiration. Here are a just a few lesser-known pioneer moms who have changed the world.  They might not be household names, but we experience the impact they’ve had on our worlds each and every day!

Emma Willard was a women’s rights advocate and mom who fought for equal education for girls and boys. She founded the first women’s school for higher education, Troy Female Seminary (now the Emma Willard School) in 1821.

Mary was a labor rights activist and mom of four who is best known for leading children in a strike against the textile mills in 1903. She and the strikers carried banners that said “We want to go to school!” from Kensington, PA to the home of President Theodore Roosevelt in Long Island, NY.

When the Supreme Court ruled that segregation among schools was no longer constitutional, Daisy Bates advocated for integration and helped identify the nine students who would be the first African-American students to attend Central High School in Little Rock, Arkansas.
She mentored and nurtured the students during this difficult time, striving to protect them from mobs and vicious threats.

Lois was a mom who discovered that both her home and her son’s elementary school were built on a toxic waste dump.  She lobbied for the creation of a federal act called the Superfund, which was designed to locate and clean up toxic waste sites throughout the US.  The act was passed in 1980.

After one of her twin 13 year old daughters was killed by a drunk driver, Candice founded Mothers Against Drunk Driving (MADD), one of the country’s largest activist organizations.

Leymah Gbowee
2011 Nobel Peace Laureate Leymah Gbowee is a Liberian peace activist, social worker and women’s rights advocate. She was a young mother at the start of the Liberian Civil War and successfully led a nonviolent movement, bringing together Christian and Muslim women to play a pivotal role in ending the war 2003. Her historic achievement paved the way for the election of Africa’s first female head of state, Liberian President Ellen Johnson Sirleaf and launched a new wave of female activists worldwide.

So how can you make history? How do you join the ranks of these pioneer moms who have changed the world? Start with these steps:

Are you a mom who is changing the world?  Share your story here!