I’ve been beyond excited about Disney’s Queen of Katwe since the first time I heard about it. As most of you know, I am a first generation Liberian-American and I hold the entire continent of Africa dear to my heart. My parents, having grown up in Liberia, were always taught these stories of great leaders and triumphs that hailed from African countries, though it is not quite as common to learn these things here in America. So, naturally for me, I would want to take my daughters to see Queen of Katwe as a reminder to them of the many incredible achievements made by other girls who share our culture. 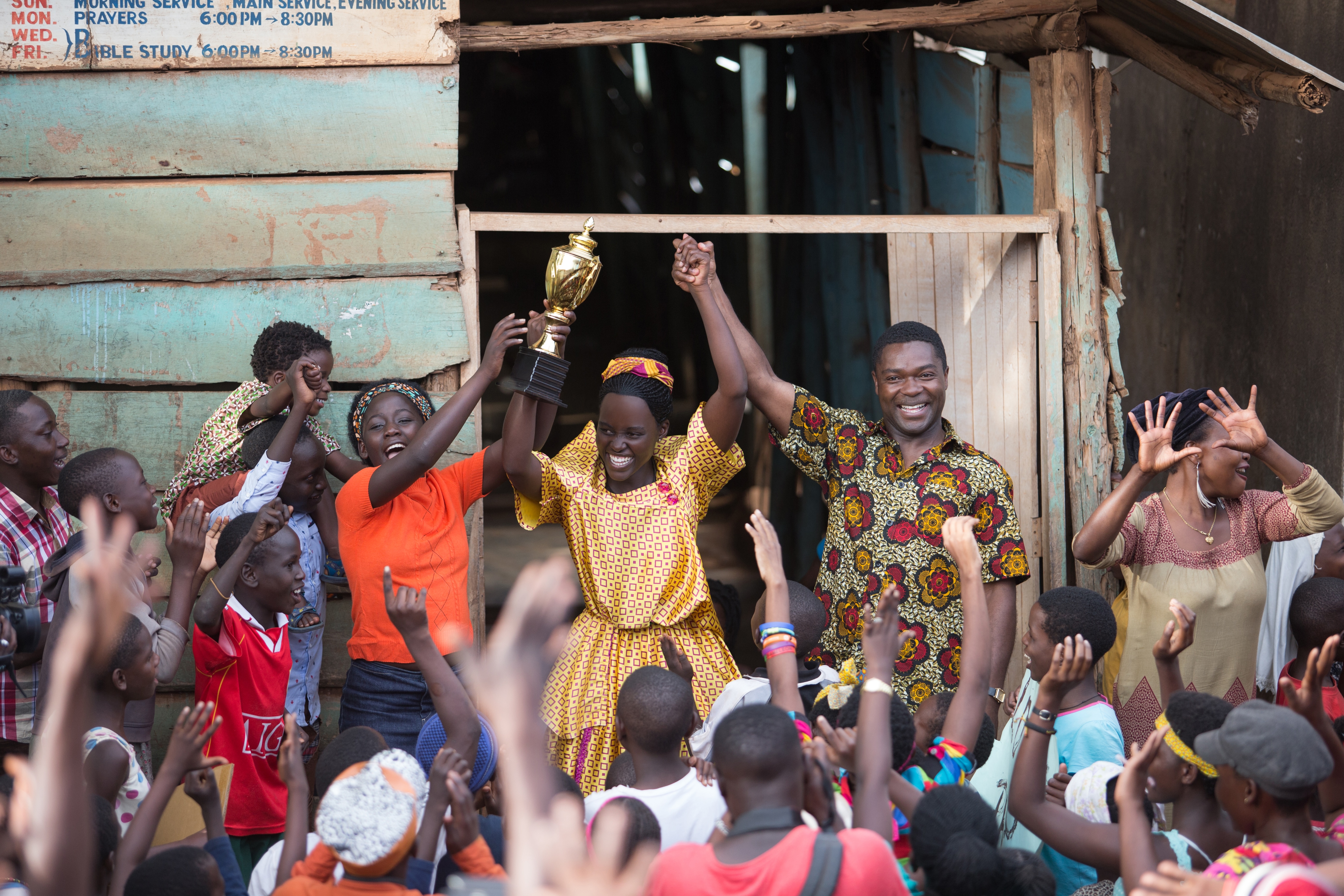 However, if I’m being honest, I had a huge concern as to whether or not Disney would be able to share this story and have it resonate with a universal audience just as much as it would with someone like me.

Well, I have to give a HUGE kudos to Disney for a remarkable execution Queen of Katwe! The lessons taught through this film truly transcends all cultural backgrounds, socio-economic statuses, gender, etc. It is the ultimate feel-good story of a young girl whose talent for playing chess takes her to inconceivable heights. The depth of each character in the film is truly amazing, as you find yourself completely vested in each of their stories and are compelled to view them through your lens as a parent, daughter, sibling, spouse, etc. The fact that Queen of Katwe is based on a TRUE STORY makes it even more intriguing and emotional to watch.

What I loved most about this film was these incredibly important messages were so brilliantly interwoven through the teachings of the game of chess. Here are my top 6 universal lessons Queen of Katwe teaches us all.

Again, Queen of Katwe is the story of a young girl named Phiona in an underprivileged part of Uganda. Through her discovery of chess and her undeniable talent, she is faced with opportunities that place her out of her comfort zone.  Competing with the wealthy, upper-echelon Ugandans, she must overcome her own insecurities to prove her greatness.  The difficulty of this becomes evident through a touching moment between Phiona and her chess coach, Robert Katende.  (played by David Oyelowo) He tells her how she could be the greatest in all of Uganda and she questions whether or not she is capable.

[Tweet “Even the little one can become the big one. #QueenofKatwe”]

Following along these same lines, if you’re familiar with the game of chess, you know that when the pawn makes it through to the other side of the board, it gets “promoted” and can become a more powerful piece such as the queen.  In other words, no matter how small a piece you play in this world, you can someday become great.

[Tweet “Losses happen for all of us, but what matters is that your reset the pieces and play the game. #QueenofKatwe”]

Isn’t this a reminder for us all? There’s a moment in Queen of Katwe where Phiona does not get the outcome she’d hoped for. And like many of us who’ve experienced this,  she felt like giving up.  But her teacher and mentor helped her pick up those pieces, so to speak.

At first glance, this is a lesson in strategy, perseverance, and following the course you’re set out for yourself. Each time I see this movie, this single line mean something different to me.  For young Phiona, she faces a particular challenge in finding her safe square in her life and community.

Remember that quote by Walt Disney I shared from my interview with Bryce Dallas Howard? In short, it’s about the fact that life is comprised of light and shadows.  So often in life, we feel like these challenges come into our lives to punish or keep us from succeeding.  When in fact, this is just the opposite. This is actually not a quote “said” in the film, but if you pay close attention, you will find it!

[Tweet “Don’t ever be quick to tip your king. #QueenofKatwe”]

In the game of chess, to tip your king is an acceptance of defeat. Oyelowo’s character scolds Phiona for giving up too quickly and to which, “Phiona replies,”Why not? When you’re going to get beaten anyway?” The two share a very inspiring moment and a reminder to us all to never surrender. 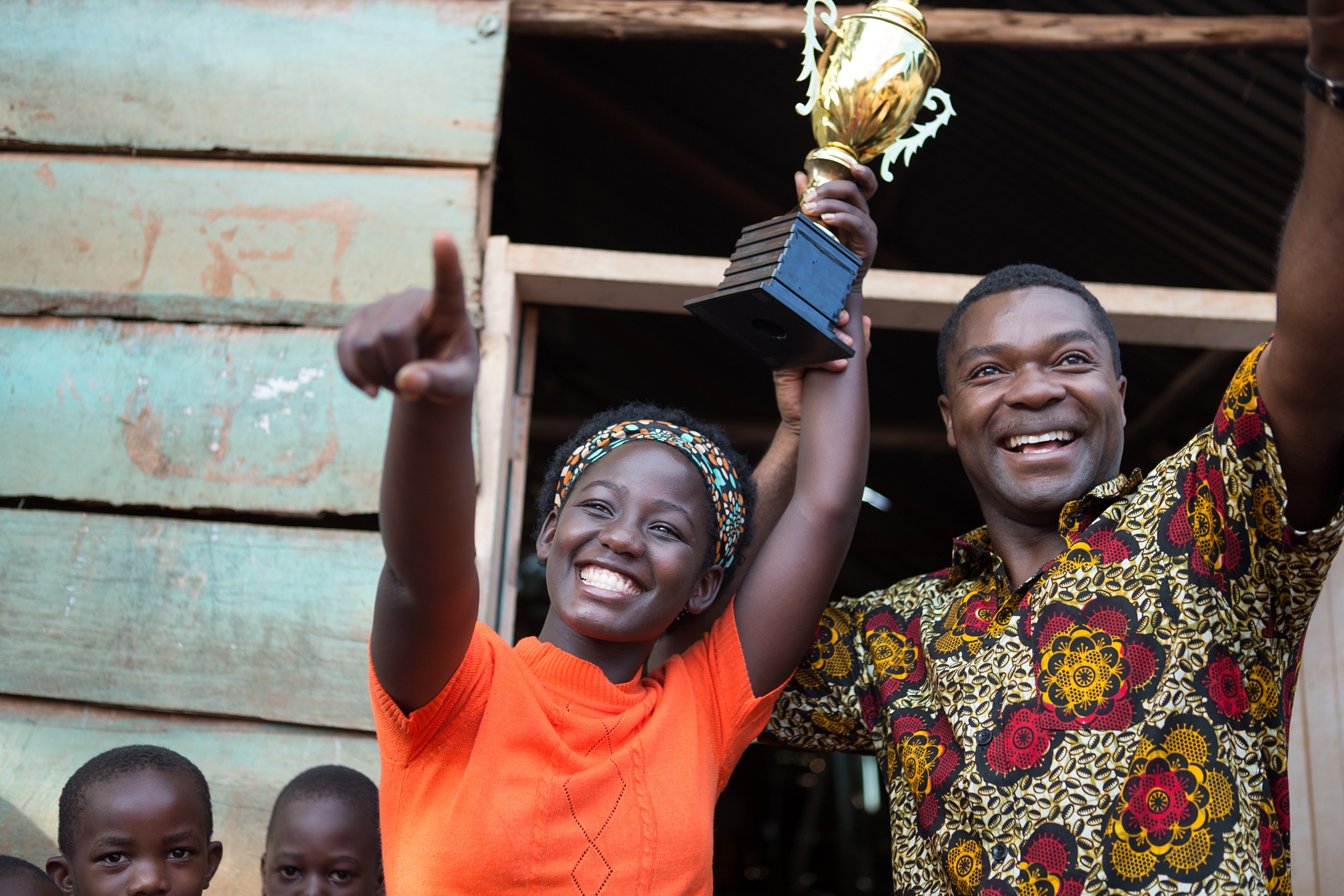 Honestly, these are only a few of the truly inspiring messages you’ll take away from this movie.  In addition, you’ll laugh, you’ll cry, and you will DANCE.  Yes, there’s a song in the movie called The #1 Spice that has officially become my jam!  Check it out here:

Queen of Katwe is available on DVD, Disney Plus and Prime Video

« What to expect from Season 6 of ABC’s #OnceUponaTime.
Disney Princess Movie Collection Giveaway! »