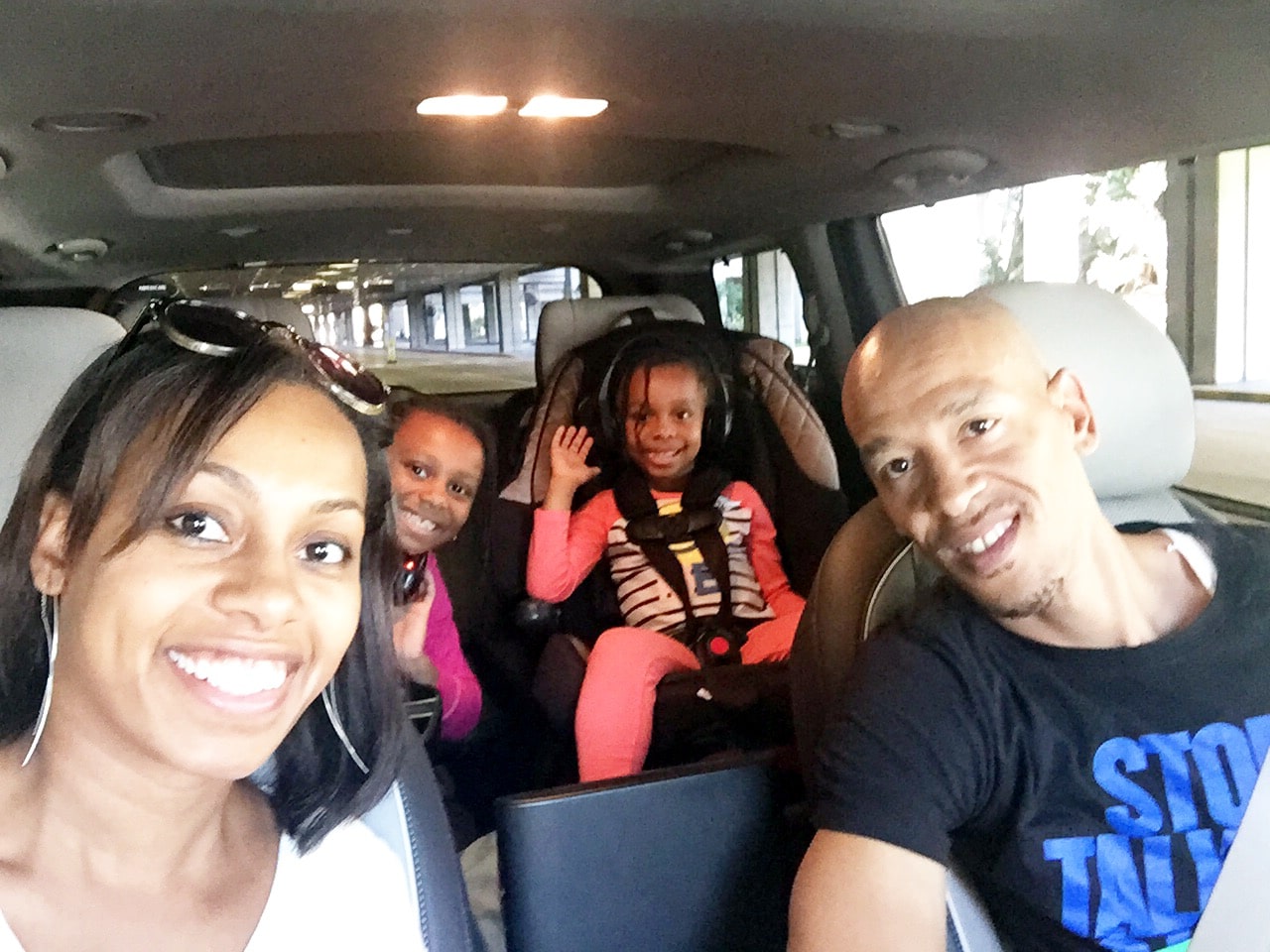 For several weeks leading up to this vacation, I worked my little behind off making sure I had all of my work done, email answered, bill paid, and so on. Why? Because we were going on an Adams Family vacation! *snap snap* Kia (yes, the car company) invited my family on what was sure to be an unforgettable experience in Orlando, FL and I was determined to not miss a precious minute of it!

Our family vacation could not have started off more perfectly and our excitement was apparent. First, we all had our bags entirely packed a whole 24 hours ahead of time, which is record breaking for us. Not a single hitch on the day of our flight and we made it to the airport with enough time to dine and relax before our flight. (Yet another record breaking moment). The skies were blue and flight was smooth. A perfect start to the week. *smile*

We flew into Tampa on our way in, where we were greeted by a beautiful white Kia Sedona Minivan that we got to drive over to Orlando. I’ll have to admit, I’d never actually been in one of those.  I may have still had the same impression of Kia cars from a decade ago and really needed to experience the vehicle first-hand to change my mind. Now, I’m not at all a car expert, so the specific details I looked for at first were a little different from my husband’s. He was going all crazy about things like horsepower and how he loved the way the car handled and stuff, while I got all excited about the features and amenities that make my life as a mom on the go easier – things like stain resistant seats, multiple USB ports, dual glove compartments (with enough space to fit your umbrella, sunglasses, etc.), as well as the many safety features like blind spot detection that are really important to me as I transport my precious cargo to and from school every day.

While we were busy exploring, the kids were thoroughly entertained snacking and watching the DVDs the Kia team left for us in van. They even remembered the headphones!

We stayed at the Hard Rock Hotel in Orlando which has to be the coolest hotel I’ve ever stayed in. 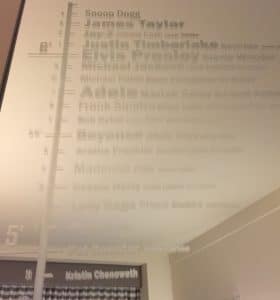 The Rock n Roll influence was a lot of fun…down to the room mirrors that had a height chart listing the heights of famous stars. Turns out that Madonna, Pink and I really do have something in common!

The pool was absolutely perfect for a family vacation, especially one with beginner swimmers like mine. I truly appreciated the fact that the water was not too deep and best of all – there were lifeguards on duty! We honestly would have been just as happy spending our whole week at the pool, but the Kia team had even better things in store for us! 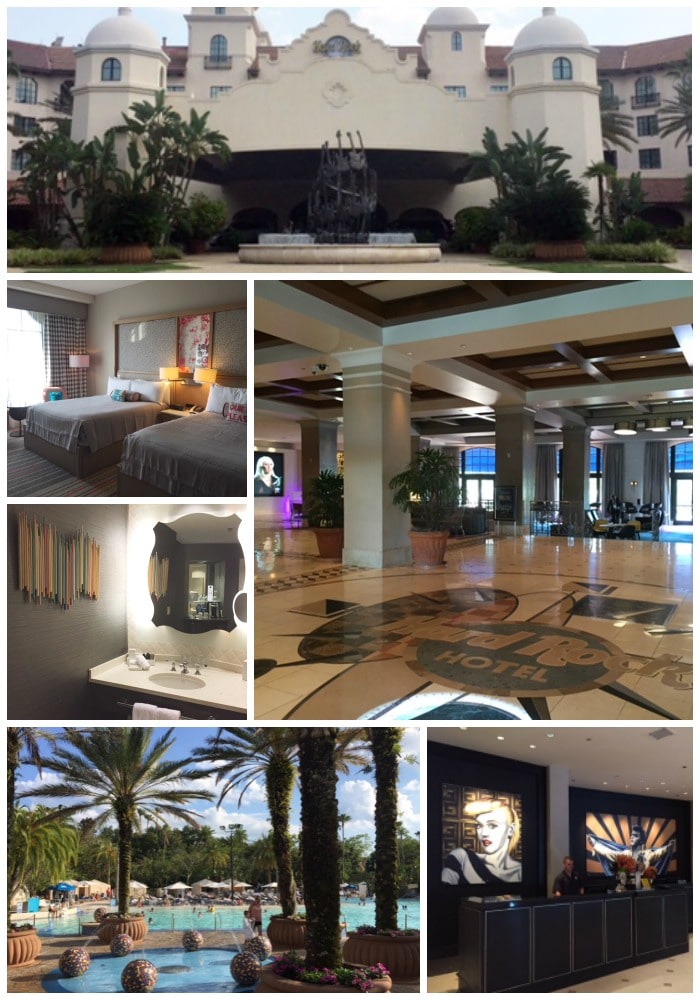 On our first night in the hotel, the Kia team gave us a really warm welcome. We had dinner, drinks, and giant Jenga boards on the Woodstock Lawn of the hotel, where I got to meet and chat with the Kia team, as well as the 9 other bloggers and their families joining us on the trip. Such a fun bunch of people! My daughters, as expected, made themselves some new BFFs, so between traveling play-dates and Facetime, we’ll be sure to stay in touch.

By the way, we had a couple of caricature artists there. How do you think they did? 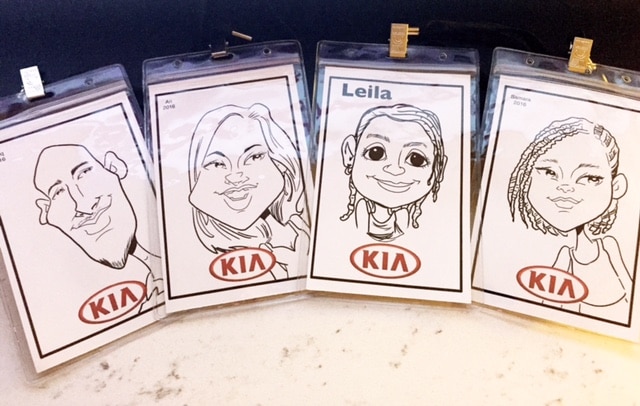 On our second day in Orlando, we had a chance to drive our Sedona Minivans to Kennedy Space 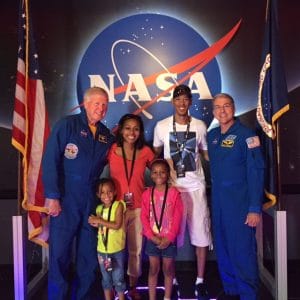 Center, which was about 45 minutes to an hour away from Orlando. The highlight of this trip was getting to meet and listen to two real-life astronauts! They were like superstars for my oldest daughter Leila who secretly wanted to ask them if she could go with them on their next trip to outer space.

After the meet and greet, we took a bus tour around Kennedy Space Center and learned more about space exploration than I ever thought I would. My hubby, the science guy, was the star pupil of course; basically finishing the tour guide’s sentences and what not.

After the tour, the kids got to enjoy more interactive games and attractions at the Center and now think they know how to land a spaceship. Watch out Solar System! 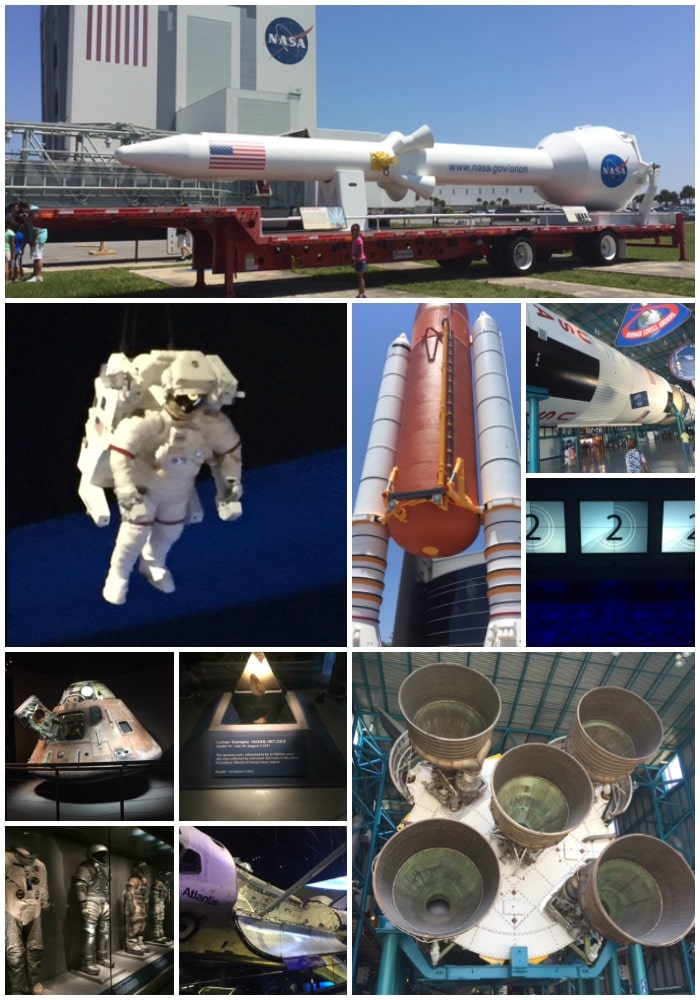 Yes, there was more to the day, as our group head right on over to Universal Studios near the hotel to watch a showing of Blue Man Group. I’ve seen it here in Atlanta, but I know the rest of my family would love it. The backstage meet and greet with the cast was a super pleasant surprise for them, although poor Samara couldn’t hang… 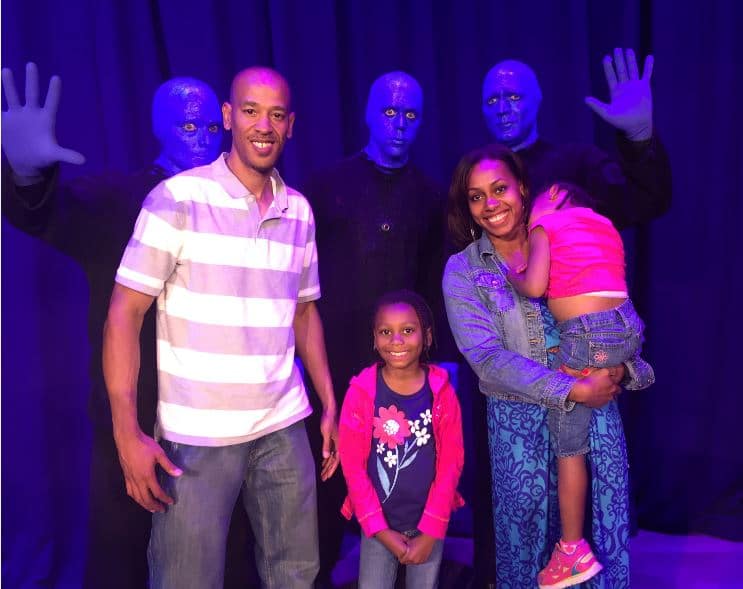 We started off the next morning bright and early and took a walk over to Universal Studios Orlando, where we were greeted by none other than the Minions (or as Samara calls them, “Dis-pip-able me”) After that, we were geared up for a full day of action packed fun! It was all of our first times at Universal Studios Orlando, and even though both my hubby and I visited the one in California when we were kids, it was still quite different from what we remembered. Like, where’s the Knight Rider car?

I could not tell you who had the most fun at Universal Studios because honestly, we all had an absolute blast! It’s really hard for me to pick a favorite attraction but I can share these quick tips:

Whatever you do, be sure to check out my 9 Insider Tips For Your Trip to Universal Studios Orlando before you go!

One more night hanging out at the pool until way after closing time, goodbye hugs, and then fireworks. Not sure if the fireworks were for us, but it was a nice send-off for our family vacaion with Kia nonetheless.

All good things must come to an end, but I’ll tell you, I wish this trip could have lasted forever. The trip home was not nearly as exciting as the one coming, that’s for sure. We were still packing until the second the Bellman came to get our bags and dragged ourselves out of the hotel. We sadly said goodbye to our awesome home away from home and took our last ride in our fun, new Sedona minivan to the airport.

We got back safely to Atlanta and are eternally grateful for the precious time we got to spend as a family, the new friendships we’ve formed and the tons of memories we will treasure always…The Adams Fa-Mi-Ly….

To experience the Kia Sedona for yourself, be sure to follow them on social media:

Never have I ever...15+ reasons I want to visit France in 2016 @FranceTourismUS
20 Must Have Apps for Travelers
6 Ways to Save on a Disney Vacation
The Best Local Getaways in the Southeast!

« 9 Universal Studios Orlando Insider Tips for Your Next Trip
To hell with the so-called mommy wars…my village is awesome! »