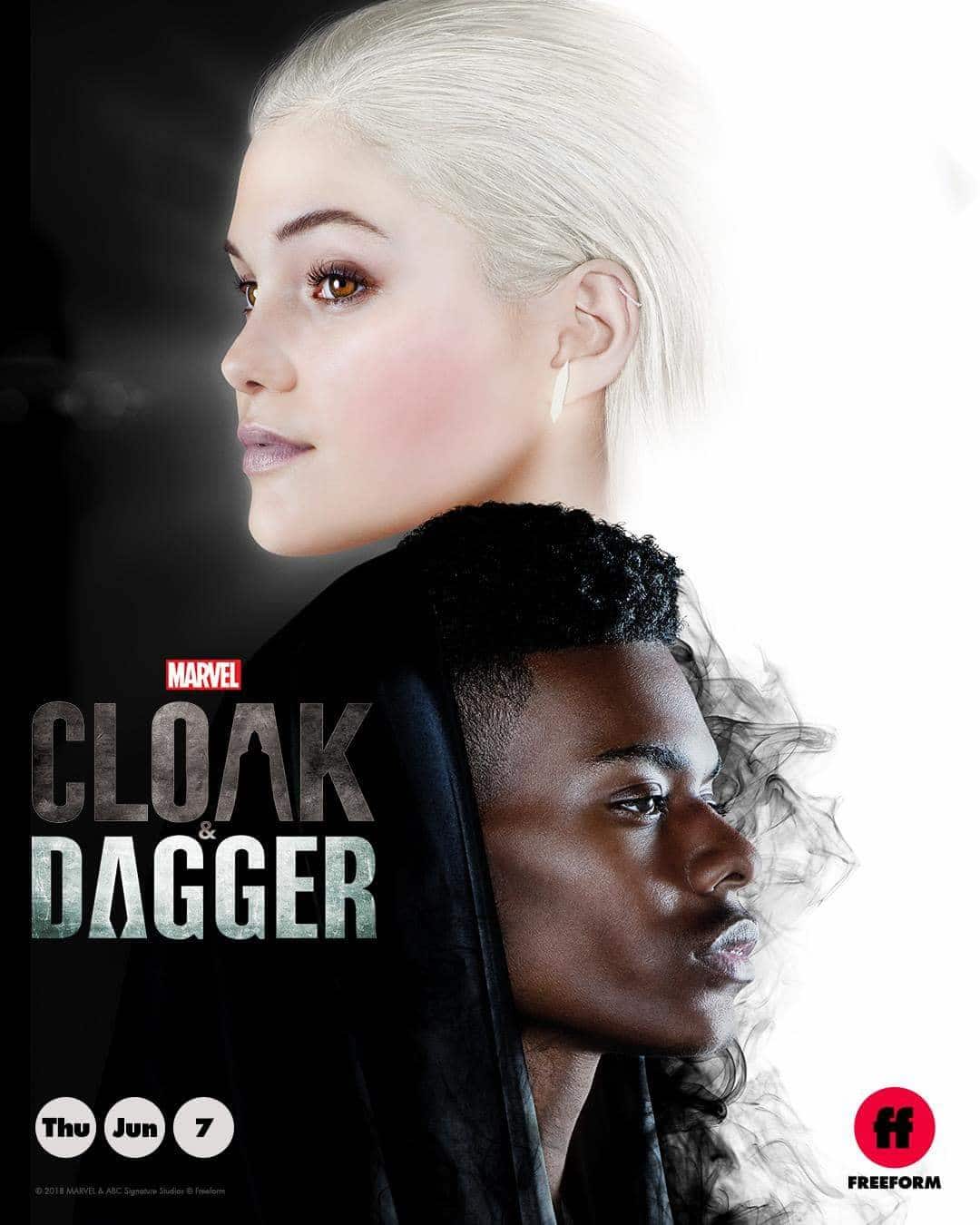 About Cloak and Dagger

Both Tyrone and Tandy are vulnerable teenagers dealing with trauma and grief, and their lives change once their superpowers reveal, and this occurrence unites them in different ways they never imagined. Tyrone has the power to travel through and also transport people to new dimensions or utilize those dimensions as shortcuts to travel through on Earth, and Tandy can design light daggers.

Tyrone and Tandy have special powers, but their unique abilities are not the primary focus during the first season. As an alternative, the show opens up their backgrounds, their connection, and their lifestyles more than anything else. According to the show, their special abilities are secondary to their struggles with loss, trauma, and grief.

The two teenagers are united by a common tragic experience they go through as young children on the same frantic evening. Tyrone witnessed his brother getting shot by a police officer. The brother fell into the lake, and that’s when Tyrone jumps in the water after him. Tandy’s father, an employee of Roxxon Energy, was driving her home after her ballet practice session when he got a call from his company. While he was still on the call and driving at the same time, an oil-rig exploded making her father lose control of the vehicle which plunged off a nearby bridge into the same lake. 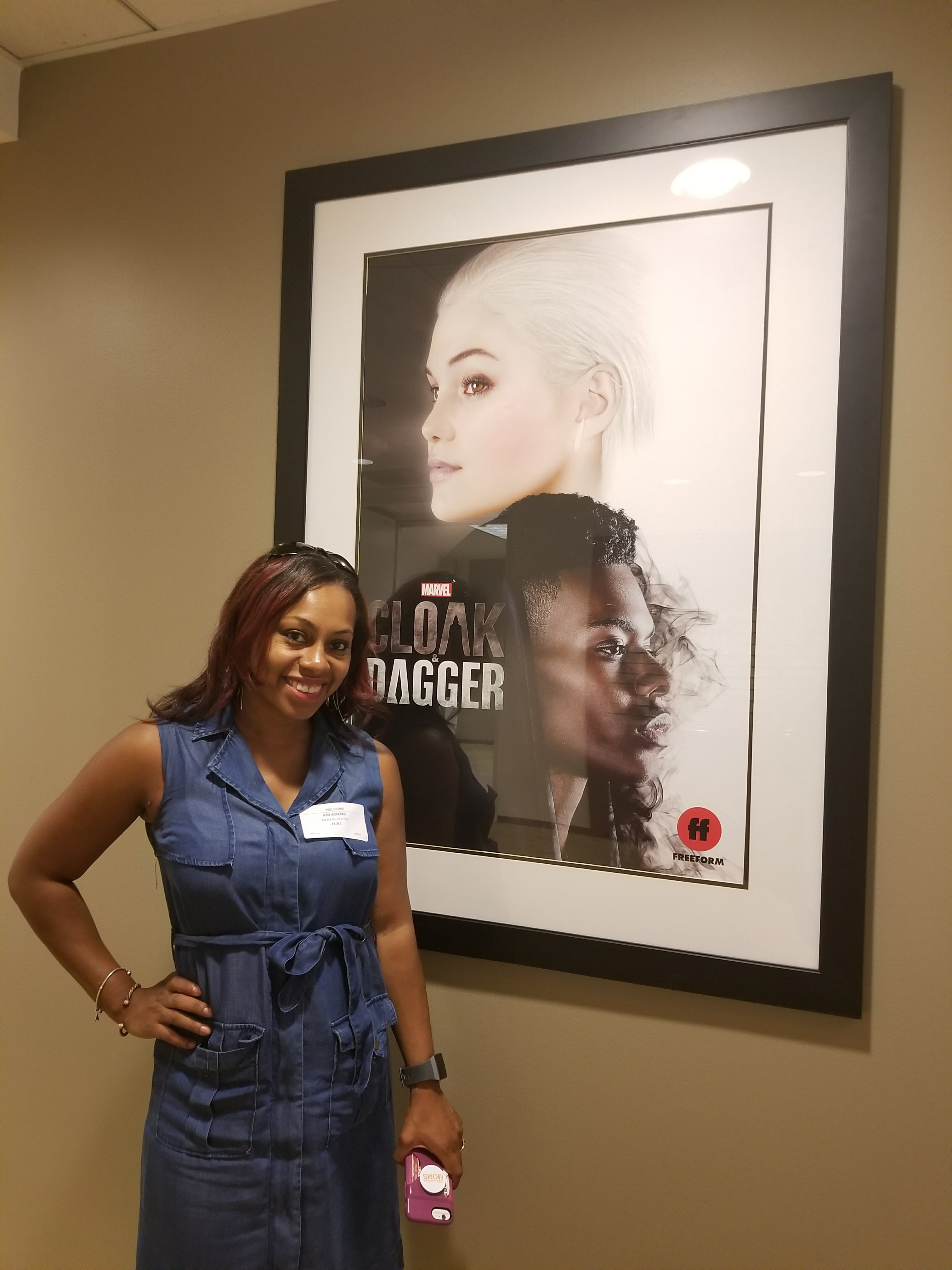 As Tandy and Tyrone are stuck undersea, they also get affected by a blast that occurs in the water. Later, they both wake up on the beach hand-in-hand. After separating, they never meet again until they were teenagers. This story is gritty and twisted and also dark. It features police brutality, poverty, suicide, racism, and religion. The children have genuine issues as well as experiences.

Although the two children experience a common connection, their experiences in life typically differ significantly. The first season primarily focuses on building their history and also establishing relationships which make for some slowly-paced episodes.

Cloak and Dagger enters an arena saturated with comic shows. You will find the action and style is what’s typically expected from comics, but its unwavering focus on teenage experiences sets it far apart from many others. Apart from the slow pace, this show builds on every episode, making it more interesting as the season evolves. 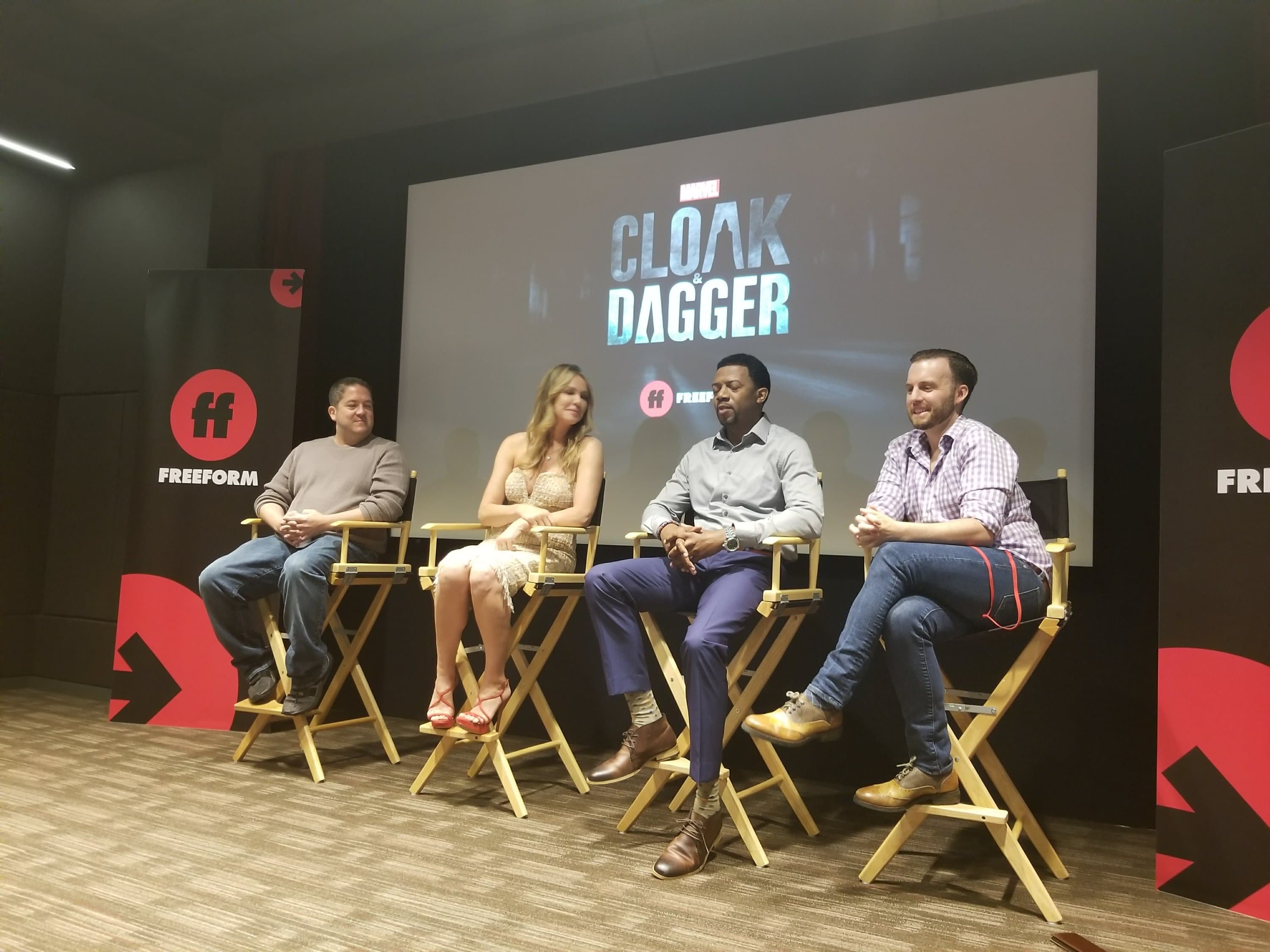 We had the opportunity for a q&a with Andrea Roth who plays the mother of Tandy and Miles Mussenden who plays the father of Tyrone. If you watch the show, you’ll know they are on 2 opposite ends of the parenting spectrum. If we were getting parenting advice from Andrew’s character, “Stay off of booze and drugs” is a pretty adequate statement. Miles’ character on the other hand, deals with some very real issues affecting many families – African American families in particular – stemming from the death of their oldest son at the hand of a crooked police officer.

My question for Miles was in regards to the fact that this is one of the few Marvel story lines that feature that family dynamic. While, I wouldn’t go so far as to say it’s a family show, it does spark some important conversations for families to have.

“Safety, awareness of surroundings, who you hang out with, how we dress…” Miles shared are some conversations he’s already starting to have with his son. There’s a group of well balanced writers in the room – in terms of gender, ethnicity, etc. They wanted to put the right people in place to tackle these issues responsibly. I learned that the director made a direct point to ensure that she’d see someone who looks like her on the screen.

In the end, it’s about telling everybody’s stories by telling the stories of a few people.

In short, this show is worth diving into because it tackles major issues such as teenage struggles, handling pain, loss, grief, and trauma. The show blends strong character-based drama and impressive visuals making it a unique superhero show on television. With the primary focus on real issues, Cloak and Dagger present a realistic picture of what it’s like to be a teenager in the modern-day, and especially one who has to deal with peer pressure and superpowers as well.

Be sure to tune into Cloak and Dagger Thursday nights on Freeform.

Bringing Princess Ariel to Life with Disney Animator Mark Henn #TheLittleMermaidBluray
Exclusive Interview with Oscar Winner Lupita Nyong'o, Madina Nalwanga, and Martin Kabanza - stars of...
Ralph Breaks VR +The Void VR = One of the Best Virtual Reality Games Ever!
Coming to a theater near you...2018 Disney Movies Slate - Including Official Trailers and Posters!

« Duty, Diligence, and Doubt: An update on our guitar lessons at Guitar Center:
Paul Rudd tells us who the “Real Cassie” is in his life and melts our hearts »