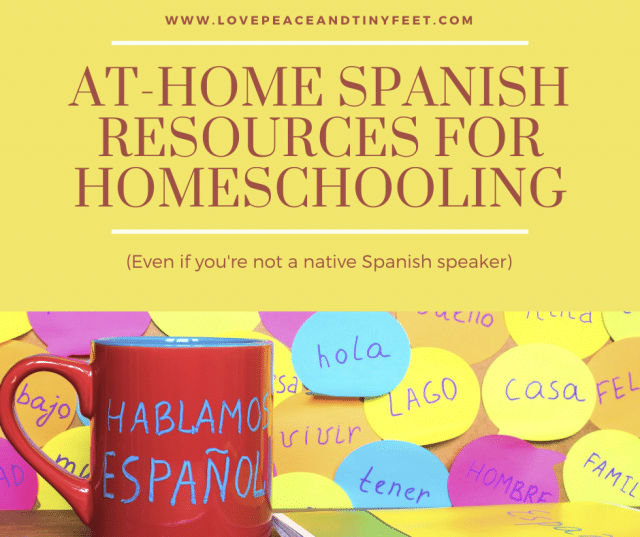 A few years ago, we had the brilliant idea to place my youngest in the Dual Language Immersion program at school.  Through the program, she spends half of her day immersed in Spanish lessons and instruction. Who would’ve thought that would come to bite us in the butt now that we have been forced to try to homeschool in a language we don’t even speak fluently?! For our first week of homeschooling, I decided we were pretty much going to throw out the idea.  Yes, I decided the dual immersion thing would not happen!  However, I’ve since had a change of heart and am trying to make it happen.  This is where my researching Spanish lessons for homeschooling came into play.

Fortunately, I managed to find some great resources for at-home Spanish lessons, both free and paid, and her Spanish teacher sent us some additional Spanish homeschool resources to help us get through these next few weeks at home.

At -Home Spanish Lessons and Resources for Homeschooling 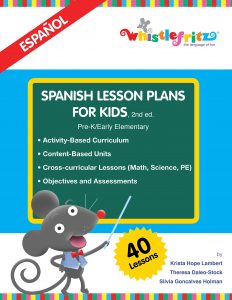 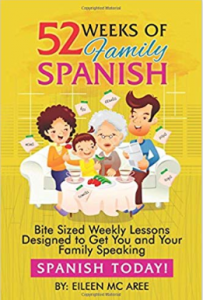 52 Weeks of Family Spanish: Bite Sized Weekly Lessons to Get You and Children Speaking Spanish Together

Even if  (and fingers crossed), we aren’t quarantined for a whole year, this is a great resource to help the entire family! 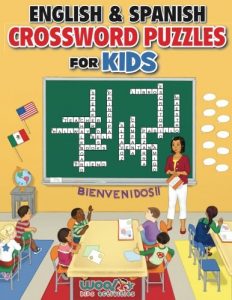 English and Spanish Crossword Puzzles for Kids: Reproducible Worksheets for Classroom & Homeschool Use4

*Finally, Rosetta Stone is offering a temporary promotion especially for this quarantine period of 3 months free access! As it seems, the offer is only available for the Latin American dialect, whereas the Dual Language Immersion program typically teaches in the dialect from Spain, but it’s still a great resource to get you through your homeschooling in Spanish!   Be sure to also check out this complete list of coronavirus freebies available now!

Duolingo.com – This is also one of my favorite language apps while traveling, but also a great resource for homeschooling in Spanish or any other language.  It helps children authentically learn the language and apply to real world experiences and conversations. You’ll have to create an account for your child and pick “Spanish” as the target language. Additionally, you can monitor their progress with the program.

Outside of the traditional Spanish lessons you’ll be incorporating during their homeschool day, you can also add in some fun games and activities to help your child learn Spanish.  You might even get some learning in yourself! The following were some ideas for fun Spanish games would be just perfect to try at home: 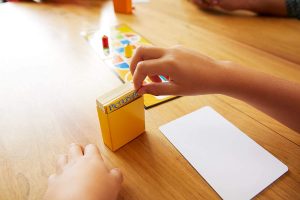 Just like it sounds – this is another play on the classic Pictionary game, only instead, the answers have to be guessed in Spanish instead of English.  It’s not only a fun game, but also encourages everyone to utilize their language translator throughout the game and has everyone pick up on a few new words. This can also work for a game of Spanish charades, which is equally as fun and educational.

I Spy with My Little Eye

I’ll warn you, this can sometimes be the game that never ends.  So sporadically, throughout the day, spark up a game of Spanish I Spy with your little one pinpointing items around the house that they must identify in Spanish.

(I spy with my little eye something blue)

Then starts the task of identifying all of the blue items in your house and learning what all of those words are in Spanish.

Spanish Scrabble is a for more advance Spanish students and families because of the difficulty level.  Again, this is a play on the traditional Scrabble game we all know and love, however, players are tasked with finding their play words in Spanish instead of English.

This one is another more advanced Spanish activity, but an excellent way to practice conversational Spanish at home.  The concept is simple.  Player A begins the story in Spanish, player B adds a sentence and idea to the story, then player C adds on and you continue to rotate until the story is complete.   While it is a little harder, if you’re not a Spanish speaker, Google Translate can be your friend throughout this game.

So, here’s an example:

Player A: Había una vez una princesa mágica (Once upon a time there was a magical princess)

Tip: Have a player write the story down as the game goes to read the whole thing in its entirety. It’s not only great for additional reading practice, but the more creative and ridiculous the story becomes, the more fun the playback becomes!

These are just a few at-home Spanish resources for you even if you don’t speak Spanish.  If you like this post, also check out another at home learning post on Teaching Your Kids About Money and Money Management.

Also, I’ve collaborated with an amazing group of parenting bloggers to bring you a series of at-home resources for both elementary and tween/teen students. See the ongoing list of topics HERE and below:

Lyne | Annointed Heels: 10 fun activities for your kids to do while being stuck at home

Learning Resources for Parents of Tweens and Teenagers

Brandi Riley | Mama Knows It All: 18 Fun Ways To Use Screens To Teach Your Tween 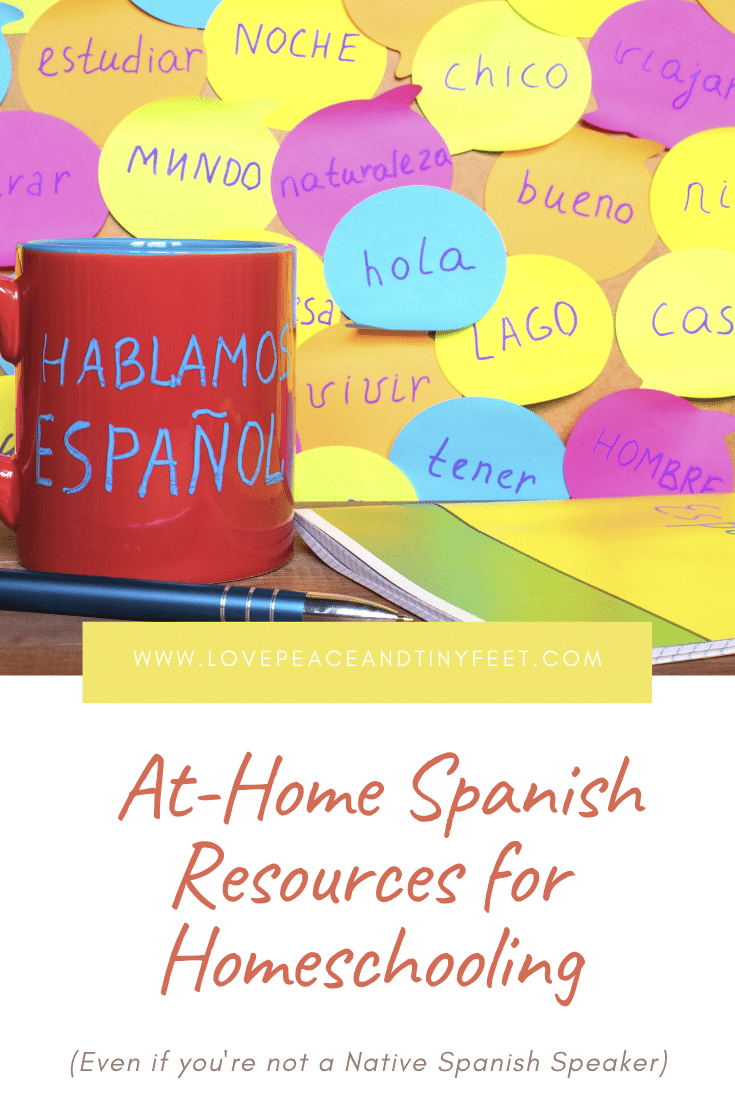 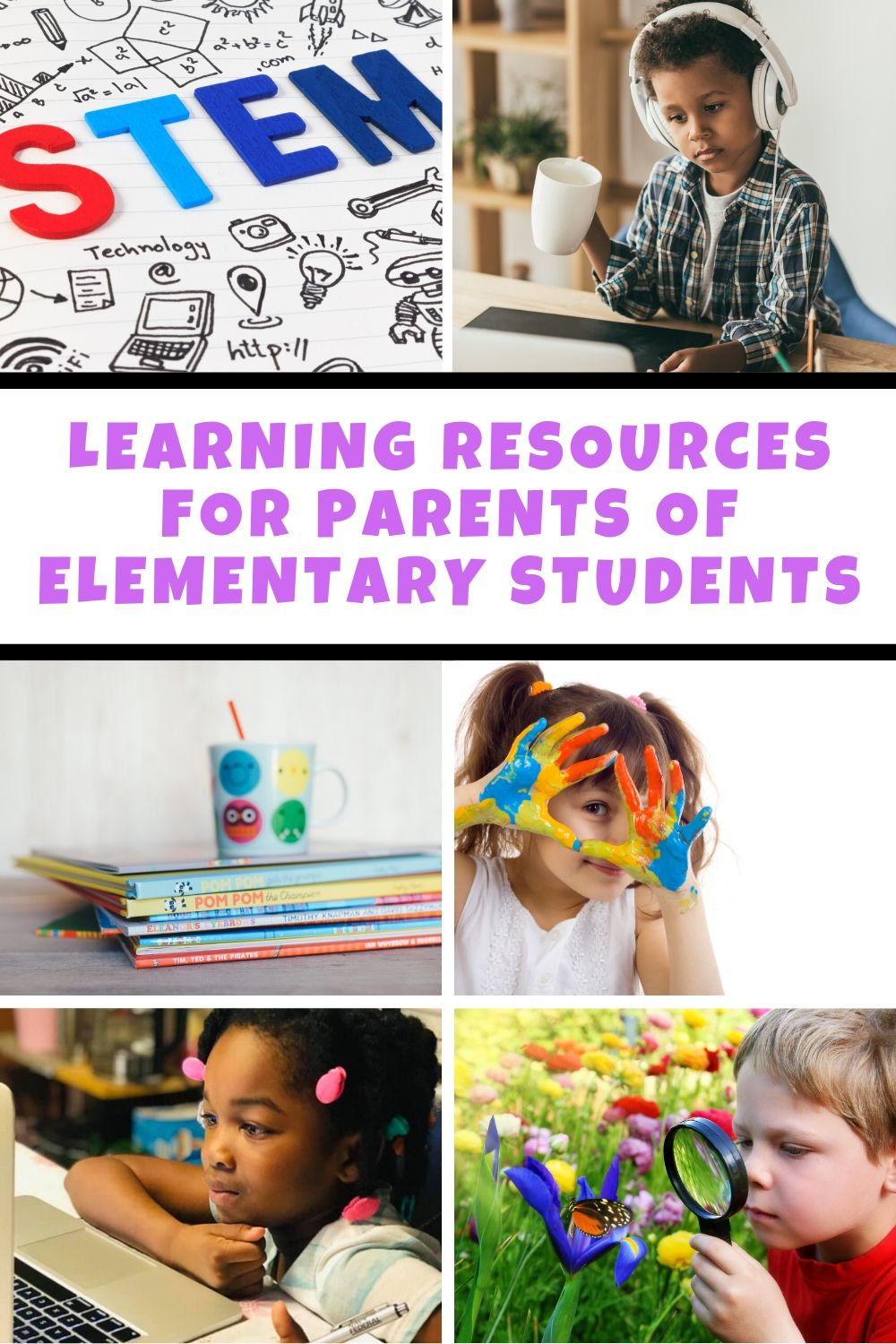 DIY Oven Cleaner Recipes | 3 Free Non-Toxic Ways to Clean Your Oven
How to talk to your kids about Black History
3 Tips for Finding the Perfect Shoe Fit for Kids
My daughter is NOT an A** H***...What sibling rivalry looks like from a 2 year old