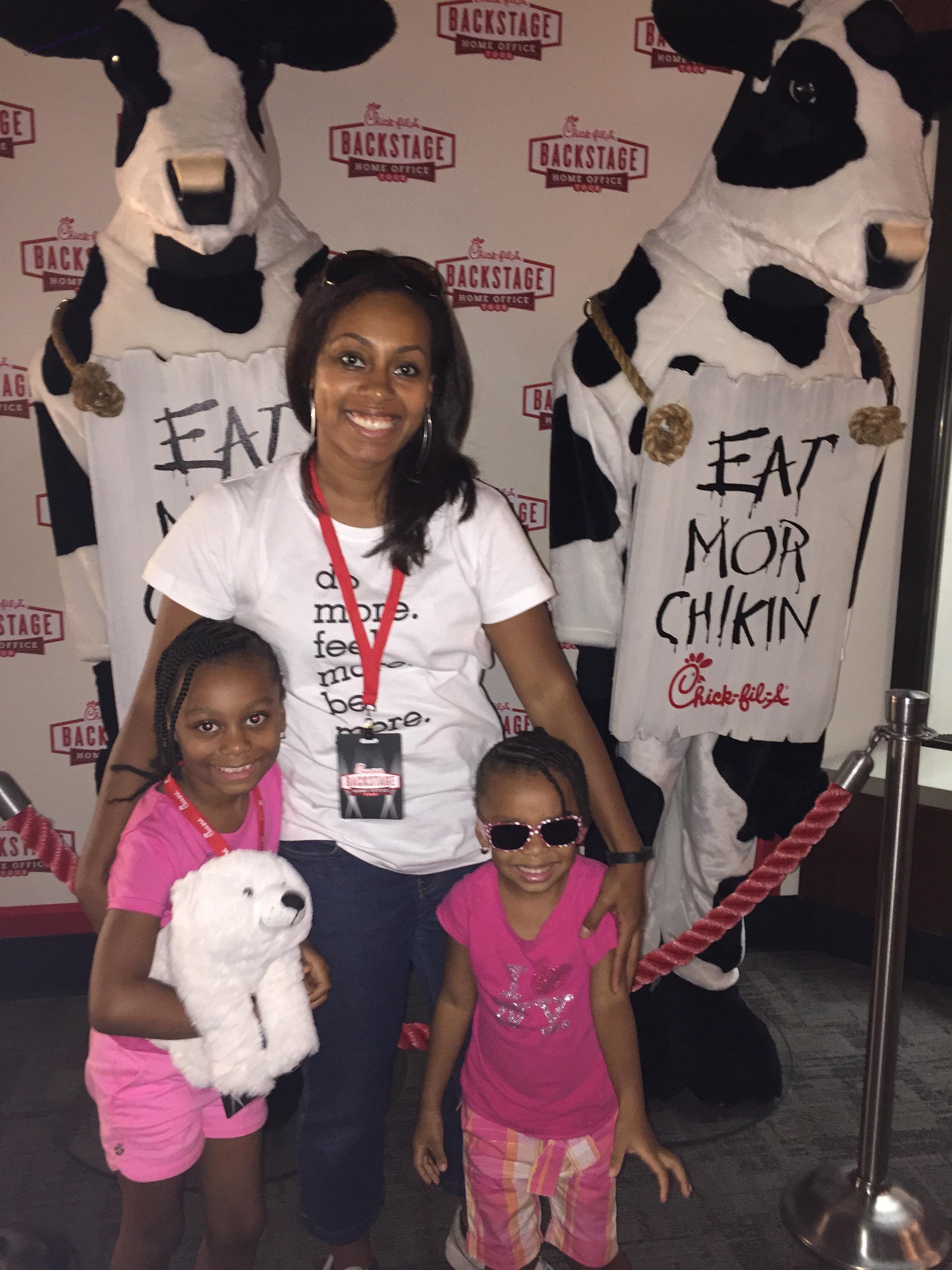 We started off our Chick-fil-A Backstage Home Tour with the following 3 rules to live by:

But they had me at hello…

Our last day of summer break was spent at the Chick-fil-A headquarters here in Atlanta. My girls were excited, thinking they’d get unlimited pics with their favorite cow (Well, Leila was since Samara still fears lifelike animals). What they didn’t realize was that they’d actually get a few life lessons I’d be continuing to enforce even after the tour.

Upon arrival, we were greeted so warmly by numerous staff members…similar to what you get at the restaurant. They brought us into a theater where we were introduced to those 3 principles above which were actually the guiding principles of Chick-fil-A founder Samuel Truett Cathy. The video was a cute kid friendly mystery where the stars unlocked those principles. Apparently, there’s another video they show for grown-ups too, but since we were a group of kids, we saw this one.

After the video, we got to visit the WinShape Foundation offices and learn more about the foundation. If you thought Chick-fil-A was just about chicken sandwiches, you soon learned otherwise. I have a few friends whose kids attended the WinShape summer camp for kids (ages 7+), but had no idea about the other ministries. These include WinShape homes, Marriage retreats, College programs, an International program called LiveShape which equips business leaders and an all girls camp.

I was most impressed with the marriage retreat idea and plan on attending one of those in Macon, GA pretty soon. To learn about these, you can check out the site here:

Following this, we visited a replica of the very first restaurant. Surprise- It wasn’t a Chick-fil-A! Actually, it didn’t even serve chicken sandwiches! This restaurant served breakfast foods, sandwiches and…wait for it…steak plates! You can actually find an original “Dwarf House” here in Hapeville, GA and rumor has it that some of the original customers still go there…and get 1946 prices! Also, back then, they were open all night, but closed on Sunday.

Afterward, we visited a small museum of the history of Chick-fil-A and the Cathy family, took some pics, and ended the tour in vintage car heaven! Apparently, Mr. Cathy also loved cars and among his collection was the original Batmobile! My girls weren’t as impressed as I was though.

If you live in or are ever in the Atlanta area, this is definitely a pretty cool tour to check out. More information about the tour and how to sign up can be found HERE. 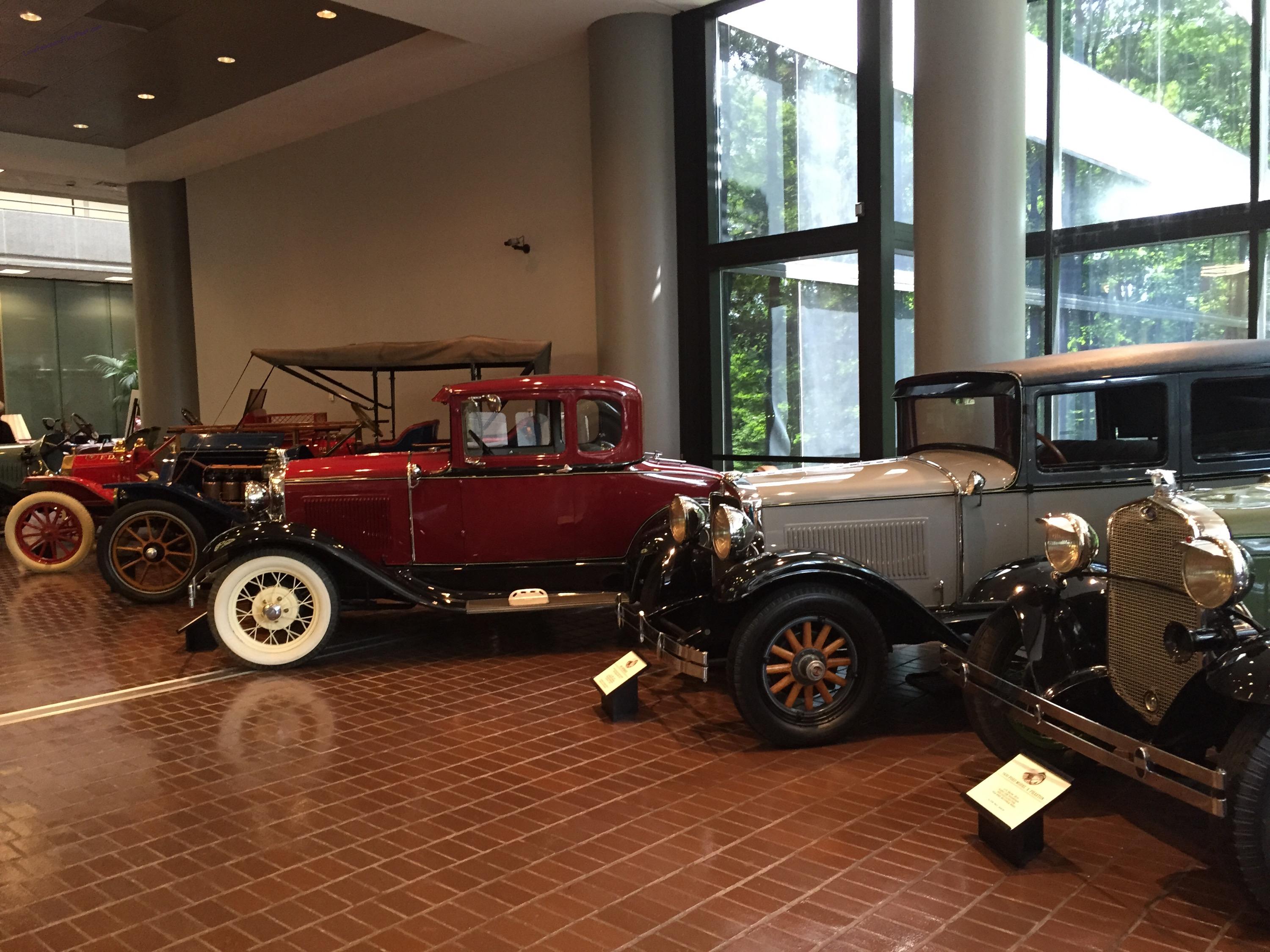 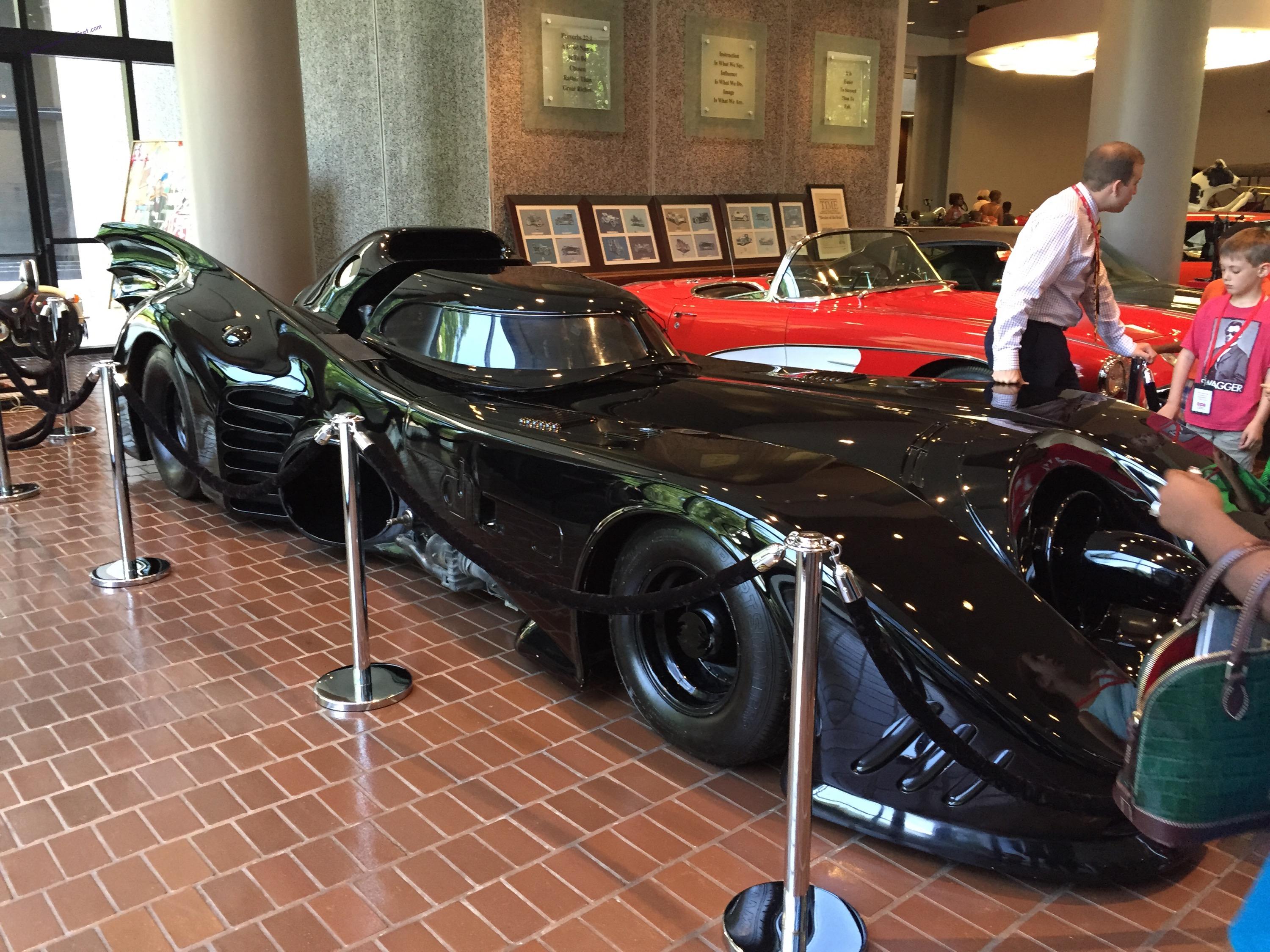 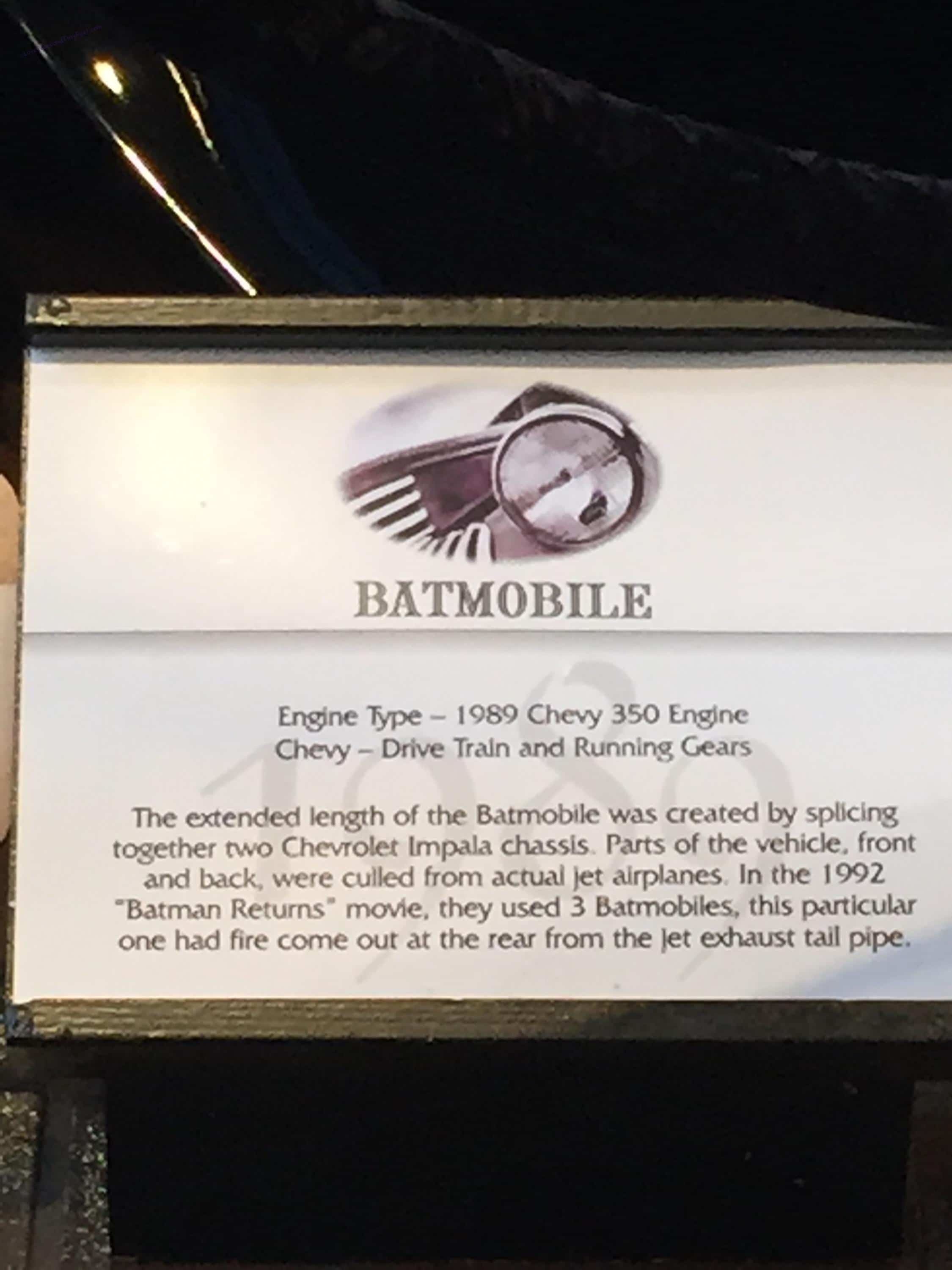 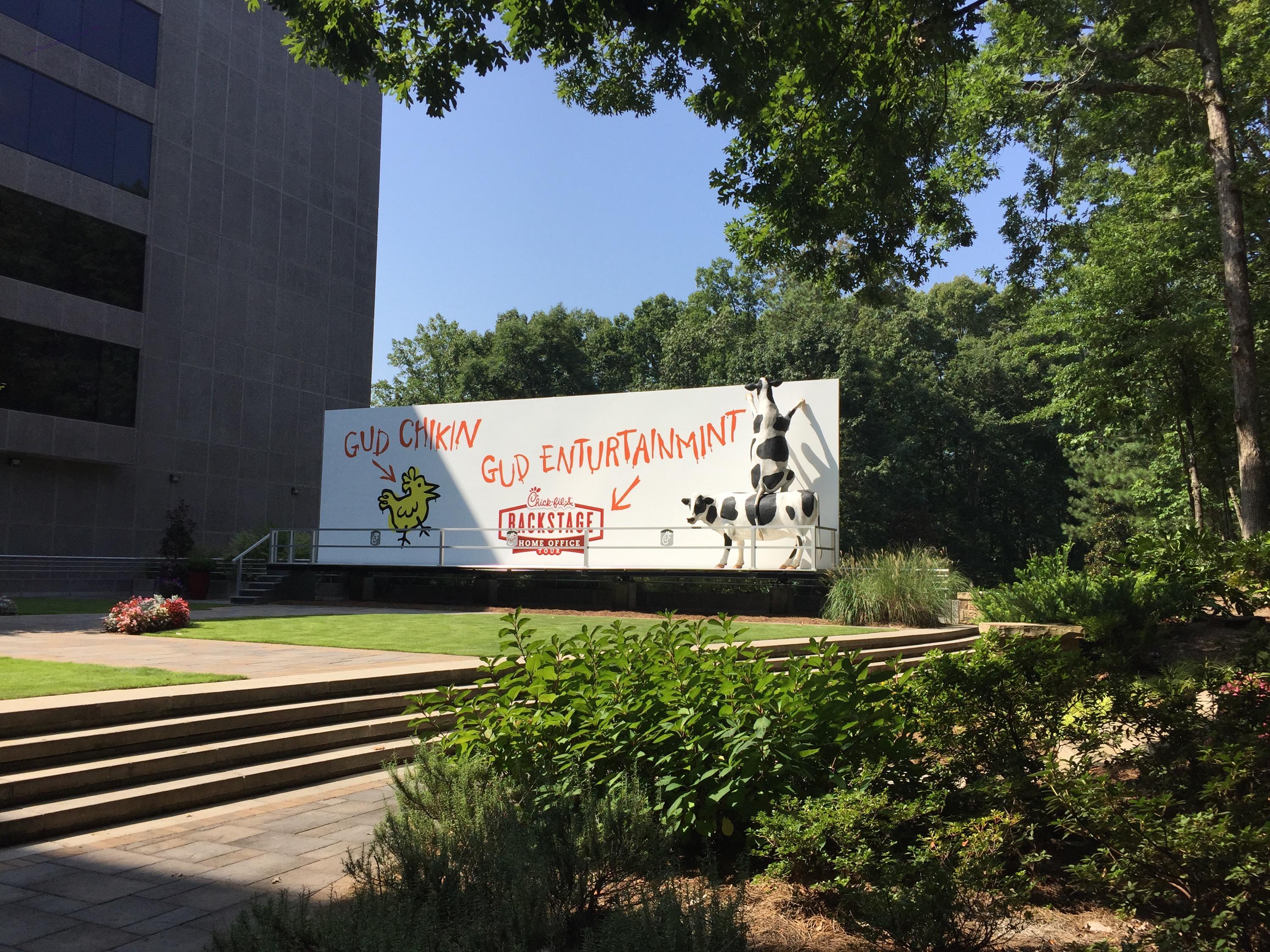 Uncle Maddio's Pizza serves up new Thai Flavors menu #ServedwithLove
Join me at the Faith.Hope.Love. Mom Conference this November! #fhlmom2015
My 28-Day Journey to a Fresh Face
Gather your girls for the perfect "Galentine's Day" at the Melting Pot!