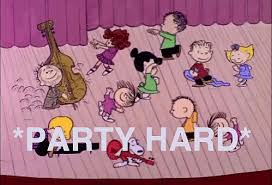 If I had to pick just one thing, I’d say that what I love most about this blog is the fact that – now that my memory’s about shot to hell – I can always reference my older posts to help me recall little details and thoughts I’ve had since the introduction of baby #2 (Samara).  For example, I came up with the idea of “birthday week” for my girls back when I was pregnant and expecting the 2 girls to actually share a birthday (2 babies-1 due date).

For those who aren’t aware, since my daughters have birthdays so close together, every year we celebrate what we call “birthday week.” This is actually a 10 day period that gets to be all about them.  It starts with the youngest’s birthday and ends with the oldest’s.  They get their individual days all to themselves, but the days in between, it gets to be the sisters vs. the parents.  I planned to be the mom who’d give them candy on a weekday, let them take their tablets in the bed with them, even go to bed a little later, and go for a whole 10 days without asking them to clean their rooms.  I figured it would be pretty easy since, fortunately for us, we also get quite a few fun events they look forward to that fall in between their birthday week, such as Valentine’s Day and the Ringling Bros. and Barnum and Bailey Circus that comes to Atlanta every year around the same time.  Plus, being that they’re birthdays were so close, I’d get to throw just one massive birthday party for the two of them. (This year, we got to throw an awesome Disney Side party.  Details to come)

All in all, birthday week seemed like a great idea for a memorable experience my girls would remember forever…3 years ago.  We just concluded this year’s birthday week and it’s safe to say that it damn near killed me!  The words, “What the F*$@ was I thinking?” were spoken out loud a few times over the past 10 days.  Why?  Well, 3 years ago, I was in parenting bliss.  I had all of these beautiful expectations of what being a mommy of 2 would be like. I believed that in the remaining 355 days, they would go to bed on time, steer clear of sugar rushes, and already have a tidy room so that by the time Birthday Week came around, I wouldn’t be so tired and exhausted of the same exact things.  I also probably didn’t figure that I’d still be working as hard as I am or that I’d be too exhausted for 5 whole celebrations (albeit mini) in a 10 day period. Much less did it dawn on me that in just 3 short years, my oldest would be “over” the whole joint party thing and request her own party for the next year.  So glad I let my guilt get the best of me 3 years ago…

Do any of you have any birthday traditions for your kids that sounded like a better idea in theory than reality?

« Benefits of Infant Chiropractic: Is Chiropractic Care Safe for Babies and Infants?
The biggest lie I keep telling myself »