Winston Duke is a newcomer to the big screen (though you’d never know it), landing his first major role in Marvel’s 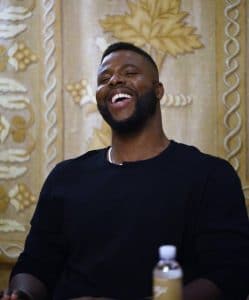 Black Panther as the character of M’Baku, the formidable leader of the Jabari tribe.  He’s a native of Trinidad and Tobago received his Master of Fine Arts at Yale School of Drama.  If you thought he looked a little familiar, you may have seen him in the role of Dwight Bullard on the TV show, “Modern Family.” He brought to the room such an heir of pride and humility, we could not help but cheer in his corner. Not to mention the fact that he was accompanied by his exceedingly proud mother whose excitement could not (and should not) go unnoticed. 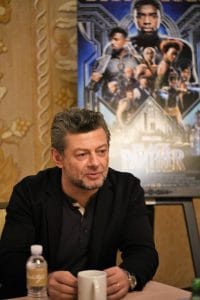 Andy Serkis, on the other hand, is no stranger to the big screen.  He’s an award winning actor with a very impressive slate of roles.  From his performance as Gollum in “The Lord of the Rings” trilogy to Snoke in  Star Wars: The Force Awakens as Supreme and The Last Jedi. He takes on the role of the illegal arms dealer, Ulysses Klaue in Black Panther where he brings so much charisma and an odd sense of fun to the role, he has easily become my favorite villain to hate.

I must admit, it was an interesting mix having these two in the interview room together, but the connection became immediately apparent. Though they played 2 different roles, albeit villainous in their own right, there was certainly something to be learned from both. 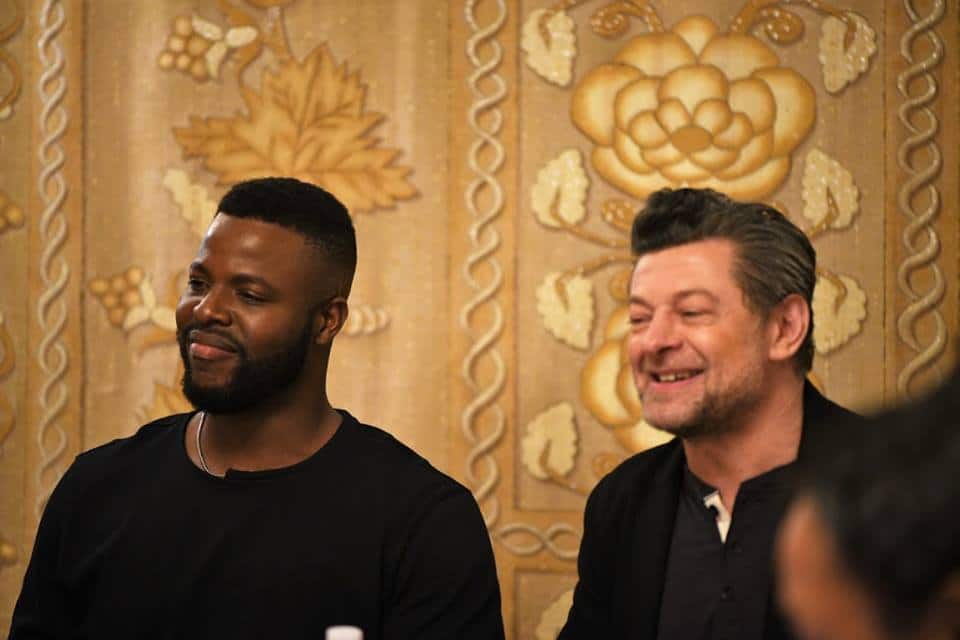 First we have the character of Ulysses Klaue, the villain we love to hate. We first saw him in Avengers: Age of Ultron and as Andy explained to us, his goal in creating this character was to not make him in any way a kind of anarchetypal villain or considered evil, although of course he is one of the world’s worst. 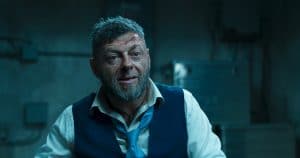 “He is entirely driven by being selfish.  I mean he epitomizes in this film what it is to be ultimately selfish in every aspect of living. And he’s a taker, he’s one of the world’s takers, he just grasps and pulls and brings it all to himself.  But you kind of have to make that character live and be human.”

This theme of selfishness is even more prevalent in the film than I originally thought. Though it’s inherent in the battle to protect what belongs to you, it actually really comes to the forefront through this film in a very unique way.

The character of M’Baku is not unlike Klaw in that way. Again, M’Baku is the leader of the Jabari tribe, which is a group of Wakandans who have shunned the use of vibranium and removed themselves from mainstream Wakandan life.  He’s the leader of a religious or spiritual cult and with great power over his people. 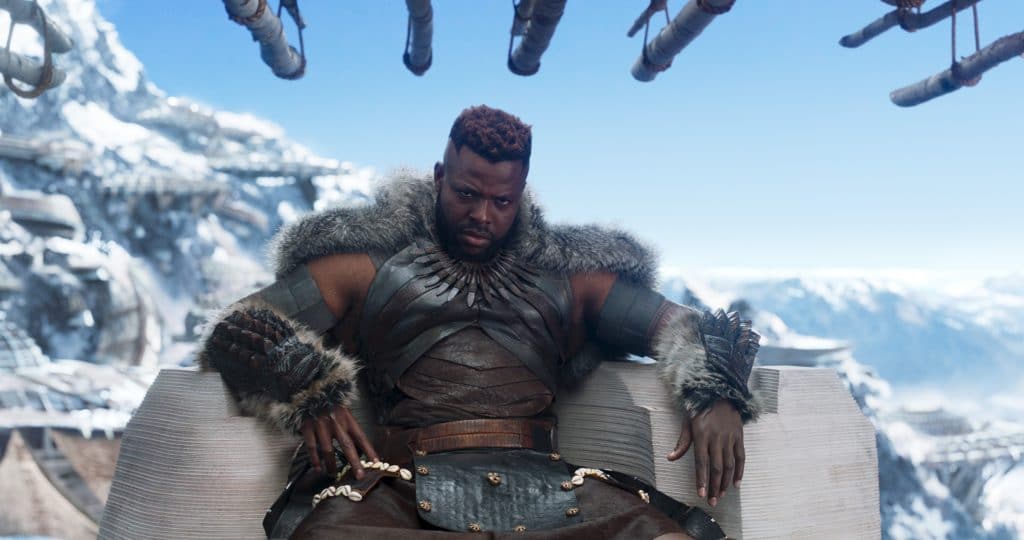 Winston shared the following on his character:

You are always aware of it and that gives you some power, it also gives you agency, because you actually know what’s going on at all times.  So that was an example of him having full awareness of how he is viewed and how he’s seen and what people think of him and manipulating that.  For his enjoyment and his people’s enjoyment.”

Without revealing spoilers, I can tell you that M’Baku is ultimately faced with a very tough decision to essentially be selfish or do what’s right.

I think what this film does powerfully is really interrogate a lot of strong questions, right.  And for me, the questions are – isolationism or going out into the world and, you know, this colonial way of thinking.  And it’s because those are the only expressions that we’re familiar with.  We’re only familiar with taking care of yourself or if we’re going to go out into the world, we’re going to bring ourselves and impose it on others, you know what I mean.  So how do we do that in another way how do we go out and help people with love? How do we go out and help people and share who we are and what we are, without oppressing them?  And I don’t know if the the film presents an answer, but it asks you other questions, about how would it look if you did.  Because we’ve only seen it play out these two ways-stay away from everyone and take care of yourself, or you put it on others and you use terror or you use violence.

So  how do you shape that and what does it look like? And M’Baku’s question is, do we stay here, do we stay in these mountains and protect ourselves, and what kind of world are we creating by doing that?  Because we also have to live in it.

What about an all-female Superhero Movie? Kevin Feige Says YES at the Thor: Ragnarok Press Conferenc...
The Real Magic of Disney's Pete's Dragon
Marvel's Victoria Alonso proves that the biggest superhero of all is The Working Mom!
First Look at the upcoming Disney's Beauty and the Beast #BeOurGuest