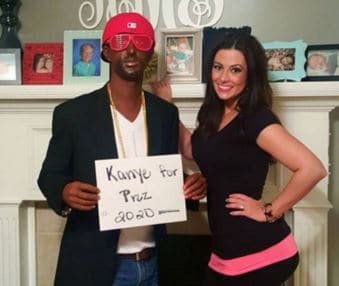 A few weeks ago, I came across this awesome makeup tutorial on “How to do last minute blackface for Halloween” and joked with my husband like, “Do you think anyone will be wearing blackface this Halloween or do you think they’ve finally learned after the past like 10 years?”  (I say 10 years not to imply that this has only gone on for 10 years, but rather that it has only been around that many years that people could freely take and share photos of it from their cell phones).  Anyway, he hesitantly replied, “Nah…I don’t think we’ll be hearing about this again this year…at least not from any celebrities or public figures.”

Well, I was starting to believe that may be the case until this morning when I found this story on the news.  An Alabama teacher dresses in blackface for a Halloween party as part of a Kanye West costume and I am just blown away!

Why?  Why do people still think this ok?  Why don’t people realize that this can hurt people? Why don’t they realize that their happily posed picture WILL end up on someone’s Facebook profile and in a matter of minutes, the whole world can see it and will hate you for it?  Why, Why Why???

So I had to think long and hard about this and came up with some ideas as to the reasons people are still wearing blackface on Halloween and I think I’ve got it.  Surely, it’s not the fact that they refuse to identify and acknowledge American history and the plight of African Americans.  {That would just be crazy). Instead, it’s probably one of these reasons:

That’s all I got, folks.  What are your thoughts on the reasons people are still wearing blackface on Halloween?

My Big Fat African Family ...on Christmas
A Night with the Marvel Stars at the Avengers: Infinity War Red Carpet Premiere in Hollywood
11 Passive Aggressive Ways to Deal With Wedding Crashers
To hell with the so-called mommy wars…my village is awesome!