I don’t always get to share “breaking news” on this blog, but I’m excited to share that after an extensive search, The Walt Disney Studios has just announced that 13-year-old Storm Reid will play the lead role of Meg Murry in the upcoming Disney live action adaptation of Madeleine L’Engle’s A WRINKLE IN TIME. 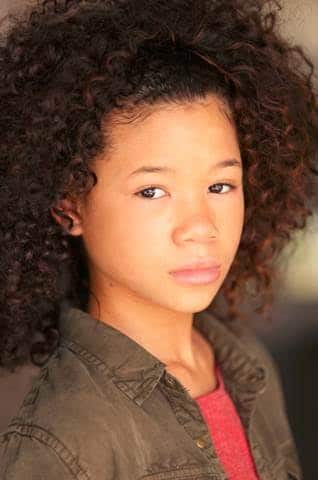 Reid’s first theatrical film role was in the Academy Award-winning 12 YEARS A SLAVE where she played Emily, and she has also appeared in AMERICAN GIRL: LEA TO THE RESCUE and SLEIGHT, which premiered at the 2016 Sundance Film Festival. Most recently, she shot a starring role in Judy Greer’s directorial debut A HAPPENING OF MONUMENTAL PROPORTIONS (2017), alongside Allison Janney, Common and Bradley Whitford. She is represented by Stella Alex from the Savage Agency, Principato-Young Entertainment, and Felker Toczek Suddleson Abramson.

Check out this Twitter exchange between Oprah Winfrey, Reese Witherspoon and Mindy Kaling confirming the news: 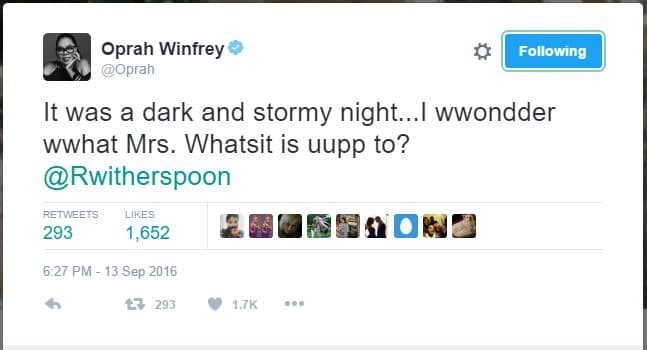 Disney’s “A Wrinkle in Time” is directed by Ava DuVernay (SELMA) from a script by Jennifer Lee (FROZEN). Jim Whitaker and Catherine Hand are producing the film, which will begin production later this year.

According to Ava DuVernay,

“After an extensive search that spanned multiple dimensions, we’re overjoyed to welcome Storm Reid to WRINKLE IN TIME as our beloved “Meg.” Storm is a tremendously talented young actress who embodies the hopes, dreams and spirit of a character much loved by audiences worldwide for generations. I can’t wait to work with Storm as we chronicle Meg’s epic quest, alongside Oprah Winfrey, Reese Witherspoon and Mindy Kaling as Mrs. Which, Mrs. Whatsit and Mrs. Who. Tesser well!”

Anyone else cannot wait for this film???

A Hero’s Journey: Don Hahn & Rob Minkoff reflect on my daughter’s most pivotal moment from The Lion ...
Disney's A Wrinkle In Time Activity Sheets and Coloring Pages
Why the movie Dog Days is not just for dog-lovers
Auli’i Cravalho & Mom - First interview after Moana Casting Announcement

« The Perfect Recipe Hack for Parents of Picky Eaters!
Follow me as I head back to Los Angeles for an incredible #QueenofKatweEvent and #ABCTVevent »