The latest Cirque Du Soleil, “Luzia”, provides plenty of thrills, color and flash that audiences are used to expect from the old Cirque magic. The show first made its premiere in 2016, in Montreal, the company’s home city and is currently making its first U.S. tour. I was fortunate enough to see this production here in Atlanta as its showing at Atlantic Station and thoroughly enjoyed it. I made this event a date night, but it could have easily have also been an event for the whole family. 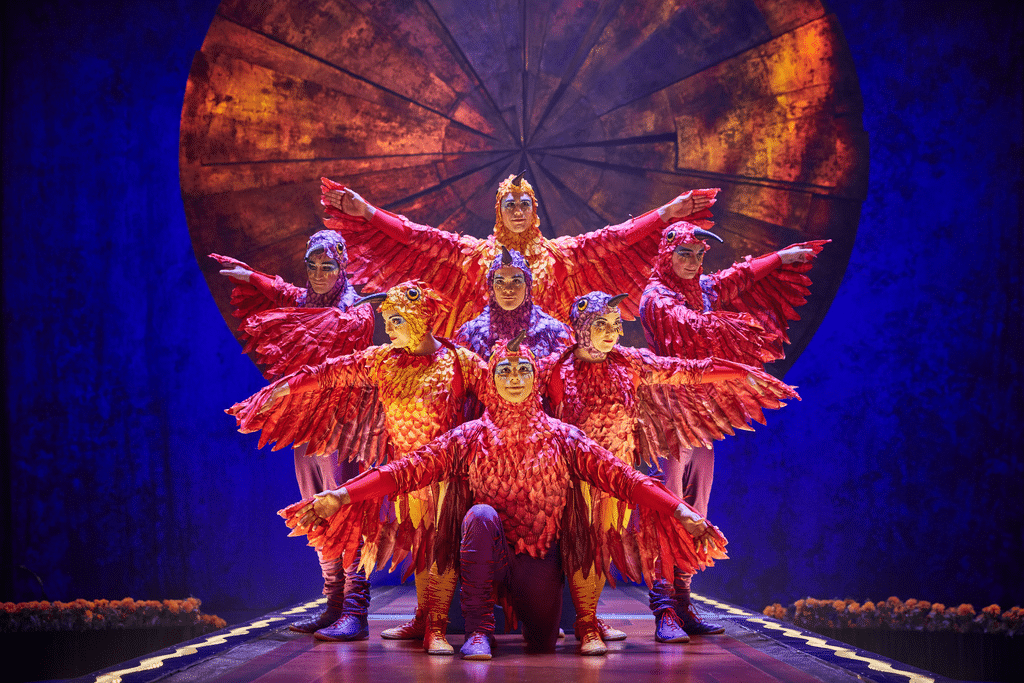 Cirque Du Soleil’s Luzia gets its visual inspiration and thematic direction from Mexico.  The backdrop is provided by rows of primitive Aztec-style decorative patterns and colorful maravilla flowers. The sun of the Mexican desert is suggested by dazzling lights. Musicians, 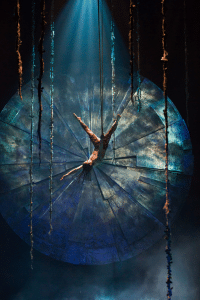 A Cirque first for a touring show, the use of water provides some of the best moments of the evening. At the back of the stage opens up a small pool and from the top of the tent is cascading a thick waterfall. Some of the performances use the water as a main element. This made for some of the most beautiful scenes I’ve seen in any Cirque performance. One of the evening’s most dazzling moments is realized with beautifully lit sheets of falling water that take momentarily the shape of images. Horses, butterflies or fish images appear briefly before dissipating as the water hits the floor. 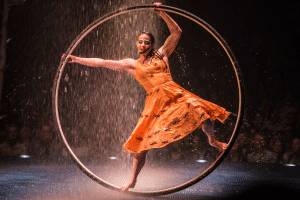 You can also expect some good comedic moments  and interaction with the audience. A recurring main character in the show with an appearance full of humor ties all the performing segments together. The performances include contortionism, acrobatics, dancing, strength and more. 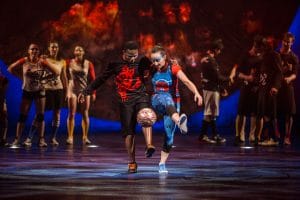 The production swings, in general, more toward the theatrical side and the narrative than some other Cirque shows. Acrobatics and comedy, performance and music, stunts and dance are all melded together into a storyline. The charming clown Eric Fool Koller, the nonspeaking central character, encounters the strange animals, plants and people that inhabit the landscape of the Mexican desert.

Some segments involve more dance and puppetry than acrobatics. However, the emphasis remains still on the extraordinary physical feats. Aerial ropes, trapeze, swings, juggling, poles, and Cyr wheels are all memorable. All the seats are very close and elements on the stage rotate the action onstage. This way, at different points in the performance all seats will have the same view. The rotating stage and the central treadmill keep things moving. The overall feeling of the show is balanced and satisfyingly. 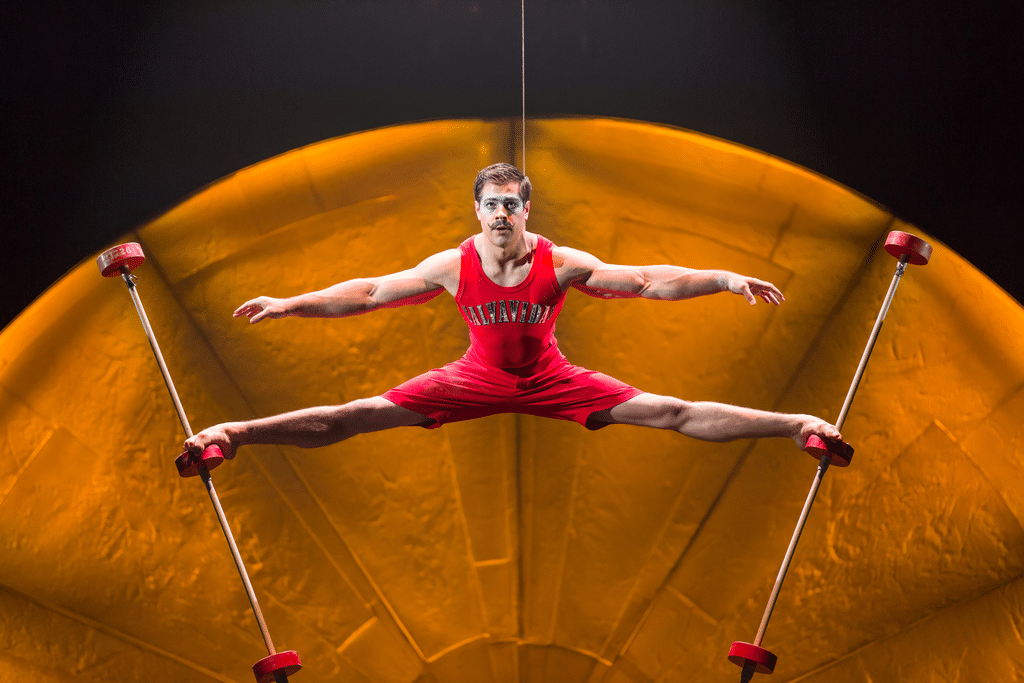 The Cat in the Hat and a Future Puppeteer? @CtrPuppetryArts
Rodgers and Hammerstein's Cinderella at the Fox Theatre this week!
Pumpkin Patches, Corn Mazes, Farms and more Fall Family Activities
Finding a STEM based science camp - Atlanta Guide