Disney Junior’s latest animated series “Puppy Dog Pals” comes complete with all of the cuteness you can imagine. The show stars 2 fun-loving pug puppy brothers and pals Bingo and Rolly, whose thrill-seeking appetites take them on adventures in their neighborhood and even around the world! Each episode features 11 minute shorts with the goal of just telling the best stories possible, creating the cutest little characters possible, and really treating these 11-minute shorts as like little 11-minute movies.

We had the chance to view the first episode of Puppy Dog Pals and sit for  a Q&A with Executive Producer Sean Coyle and Disney Junior Creative Executive Diane Ikemiyashiro. They shared more about the new series and some of what audiences can expect from the new series. 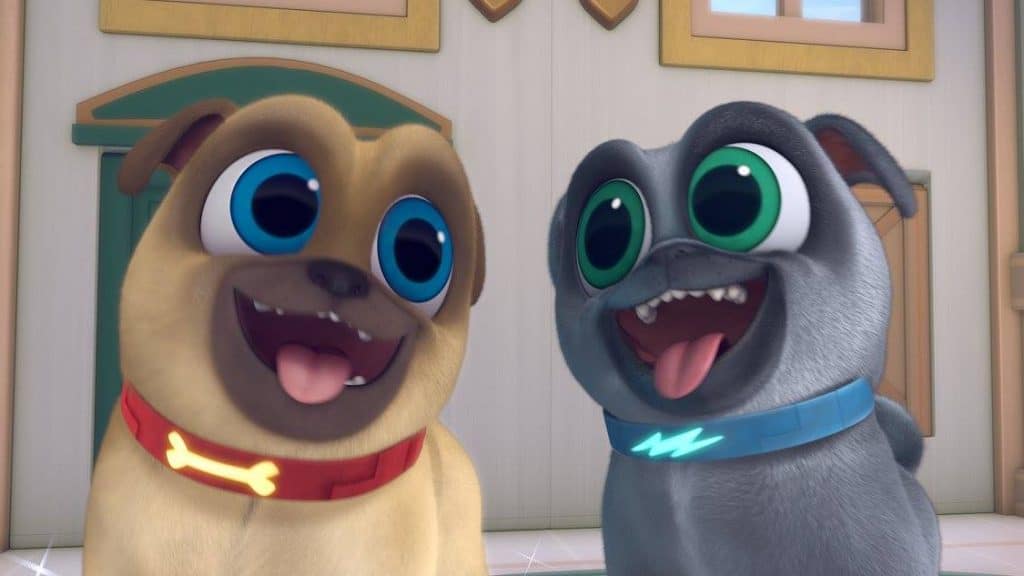 A new adventure each episode

In each episode of the show, the pups get to go on a different adventure to show that that the world is a fun, diverse, and amazingly colorful place with all sorts of different things to see.  The pups may travel around their own town and neighborhood or venture out to other parts of the world.  Either way, viewers will see a lot of adventures throughout the series where they meet a lot of different types of characters and learn new things.

Each episode and adventure is sparked by something that they hear from their owner or the other dogs. The comedic part is the fact that this trigger is almost always misunderstood and seeing these innocent and rambunctious pups put their thoughts into actions is what brings the laughs.

Early on, they did some focus testing with some preschool kids to see how to make this show as entertaining and attention grabbing as possible.  For example, these preschoolers were behind the decision to make the character Hissy purple instead of her original orange.

Additionally, the team wanted to create something that not only the kids would love, but also something us grown ups could also tolerate spending 25 minutes with. 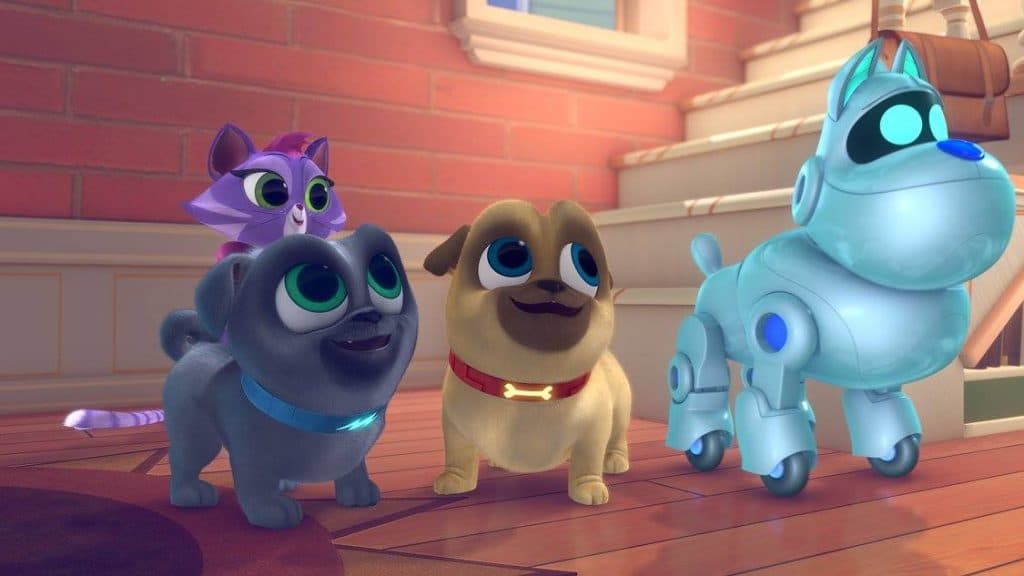 “With Disney, there’s a standard of quality.”  We all know what it’s like to watch a kids tv show that causes us to raise an eyebrow because of the content.  You can always be assured that there wouldn’t be anything suspect or controversial.

As Diane states, “The core of [Puppy Dog Pals] is all about the family unit.” The two pug puppies are brothers. Hissy the cat is sort of like their big sister. Of course, their owner is the dad.  Despite each of them having different personalities, hey all love and support each other each other. 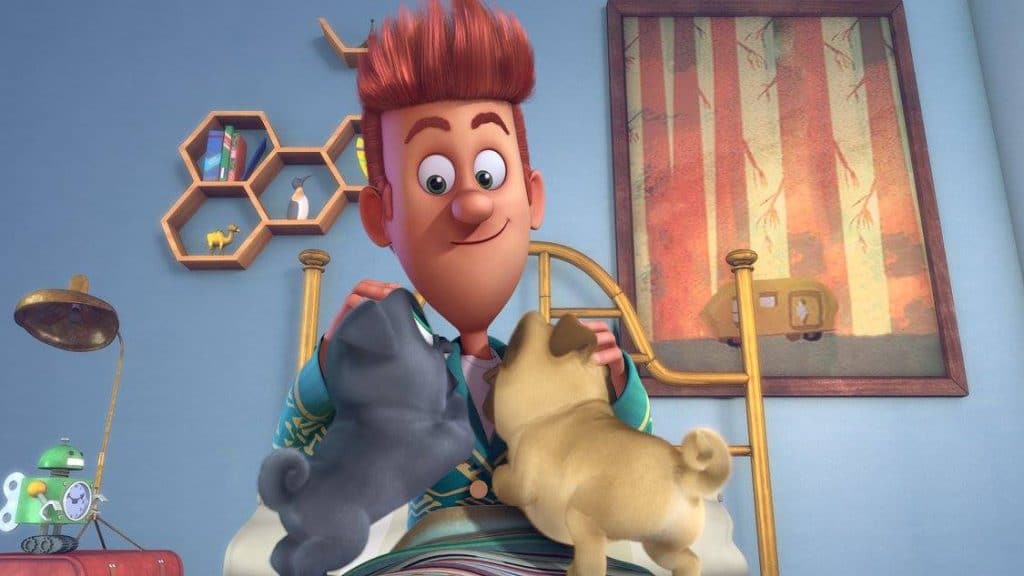 All parents love these right? First, there’s the themes song that comes on at the beginning of each episode. Then, you can expect a unique song per 11 minute as well. The style of music will also sometimes differ according to the places they visit during the episode.  Songwriter Andy Bean has already started getting a lot of buzz for his work.

Unlike a lot of other programming, Puppy Dog Pals does not aim to actually teach lessons or instill a really didactic type of lesson. However, the hope is that through the stories told during each episode, kids can be inspired by the pups’ curiosity and the experiences they gain being out in the world meeting other people.

In putting this show together, they actually had a whole team of educational consultants and the help of the educational resource group at Disney to insure that each episode does have a takeaway that is both valuable and entertaining.