A few years ago here on this blog, I shared one of my most memorable experiences from our Christmas vacation with our family back home.  It was the first time my oldest daughter Leila and I saw The Lion King and was an experience I will never forget. It was a pivotal moment for both of us because, while we both enjoyed the beautiful imagery, the music and triumphant story of the film, it was also Leila’s first time truly experiencing certain very real concepts of life. Or shall we say…the “Circle of Life.”

In short, we were watching the film and then came that heart-wrenching moment where -spoiler alert –Simba’s dad died. I’d seen Bambi of course, and knew that the notion of a parent dying in a Disney film was not uncommon, but I was not ready.  Leila asked, “What’s wrong with Simba’s dad? Is he sleeping?” I was just not ready for this conversation and as a still very new parent, immediately wondered how other parents answered this question. I went with avoidance. “Yes Leila, he’s just sleeping.”

Well, the part I left off was the fact that my mother-in-law (old school, realist, parenting veteran) was a lot more head-on in her approach. “No Leila. He’s not sleeping. He’s Dead. Simba’s dad is dead.”

I was in shock and anxiously awaited my daughter’s response.  I thought my sensitive little girl would be devastated, unresponsive and totally unwilling to watch another second of the movie. Instead, she paused, took in what was said to her, and continued to watch and enjoy the movie. Following the movie, she told me how much she enjoyed it and thought it was sad that Simba’s dad died, but that Simba was still so brave. To this day, Leila has had what I think is such a remarkable acceptance of these sorts of disturbing topics – Life and Death – and to this day, I think to some extent, Simba remains one of her heroes. 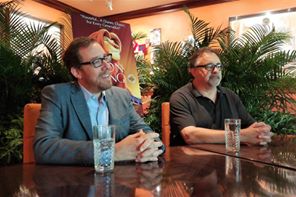 Well, I recently had a chance to interview Lion King Producer Don Hahn and Director Rob Minkoff about the release of The Lion King on Blu Ray as well as an upcoming live action film. They shared lots of tidbits about how the movie came about and how such real-life issues we see in the movie were in fact, very deliberate and intended to create those pivotal moments of understanding in our children’s lives.

They shared the fact that The Lion King was created to be the classic coming of stage story similar to Bambi. In fact, the original pitch of the film for it to be just that sort of “Bambi in Africa” idea. Rob shared that even then, one of the biggest challenges in pitching the film was the fact that, well, here they were, in an African jungle with natural predators in their habitats,… How do they make sure this new “Bambi” doesn’t get eaten? They shared how, while this was an actual challenge (I mean…lions, hello?), the key was to explain it to the children in a way that would ultimately help them make sense of it all. Thus, the scene was born where Mufasa explains to Simba these concepts as we’ve come to know them as “The Circle of Life.”

They wanted it to be relatable and open and even more so than Bambi, they wanted to actually deal with the grieving process. For example, when we see Simba going into the wilderness after the death of his father, this was sort of a biblical process intended to represent the idea that ”we’re not alone in the world, and we’re part of a lineage that we are our father’s sons. That we have our own children, and pass on our aesthetic and ethics to them.” Don and Rob referred to the film as “A Hero’s Journey” quite a bit and note that these are the themes that make it lasting and worth retelling again.

So in this film, we have that strong patriarch of the family, the village that raises the child, the circle of life, and so much more. These are the themes we can all relate to at different stages of our lives – regardless of our cultures and backgrounds – and it resounds in our hearts and minds just the same every single time. 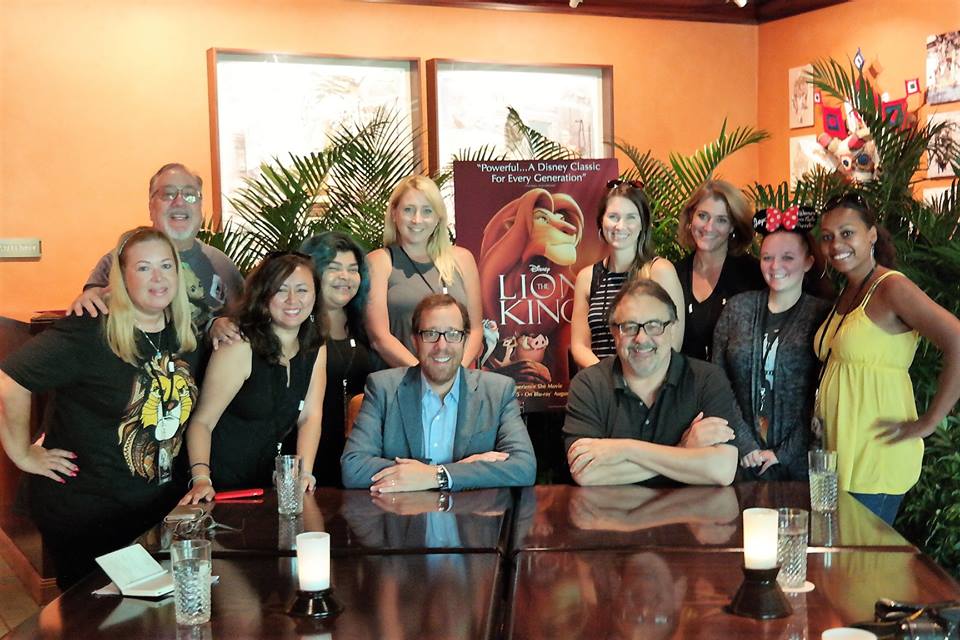 Be sure to catch The Lion King again now on Digital and on Blu-ray and DVD Aug. 29.   I’d love to hear your thoughts on it seeing it again today!