Did you miss the fun Easter Eggs from The Little Mermaid the first time around?  I’ll be honest, I might of missed ALL of them the last time I saw The Little Mermaid…well, the last few times.  Since Ariel is my youngest daughter’s favorite Disney princess,  we tend to get caught up in her magical, musical tale, along with loveable sidekicks Sebastian and Flounder, and the love-to-hate sea witch Ursula.

Nonetheless, fear not…because this classic film is now available for the first time ever in Digital, 4K Ultra HD, Movies Anywhere, and Blu-ray! 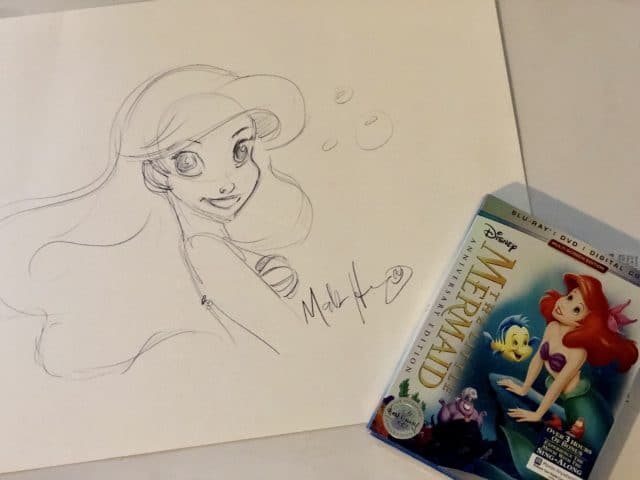 For the first time ever in sparkling 4K Ultra HDä  and featuring a fin-tastic sing-along mode along with over 45 minutes of exciting new bonus features for new and old fans alike to enjoy.

In honor of its 30th anniversary, two-time Academy Award®-winner and all around classic “The Little Mermaid,” joins Walt Disney Signature Collection with all-new bonus features and a sing-along mode. Plus, as always, some never before seen bonus features I’ll share later in the post. In the meantime, be sure to look out for these The Little Mermaid Easter Eggs in case you missed them the first time!

6 Easter Eggs from The Little Mermaid To Look Out For

At least two instances of a certain iconic mouse are said to be hidden in this film. The first, a very difficult to discern silhouette on the contract with Ursula. It actually passes too fast to be seen by the human eye at full speed. The second more conspicuous Mickey is hidden in the scene with Prince Eric’s chef. 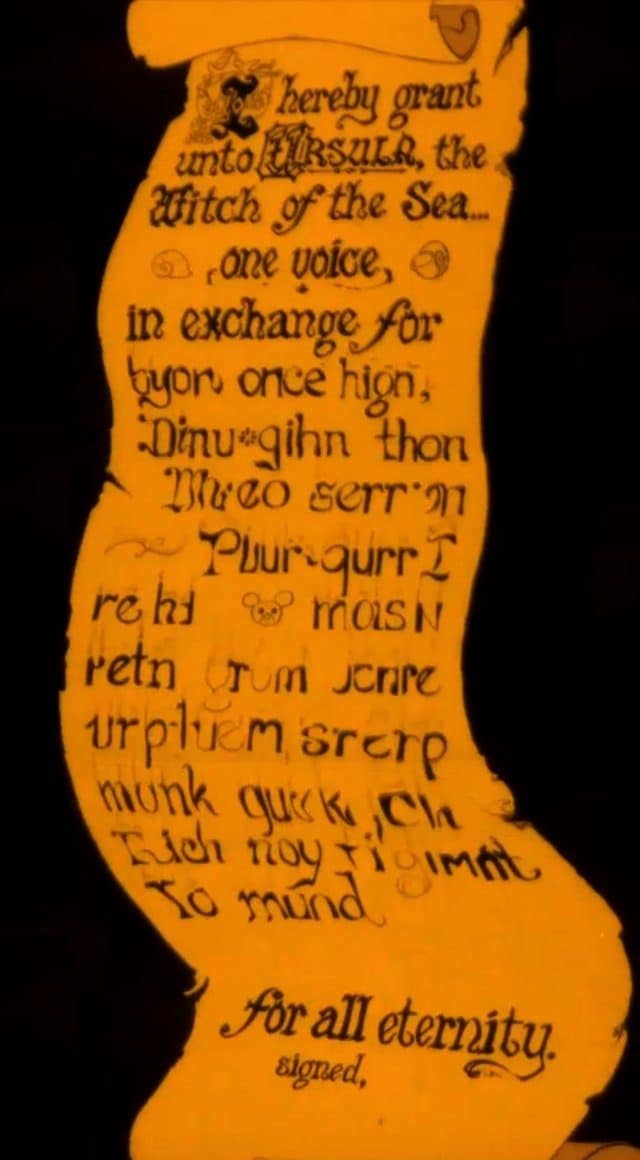 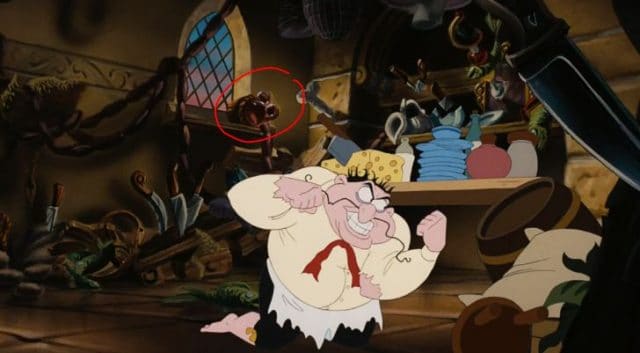 The alternately throaty and shrill warblings of the seagull Scuttle are in fact an homage to Tchaikovsky’s “Romeo and Juliette.” 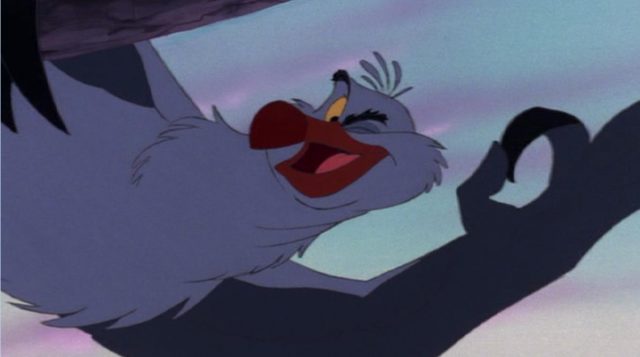 Among other Disney characters hidden in the crowd, You can see Goofy clearly in the amphitheater audience as king Triton arrives for the musical performance. 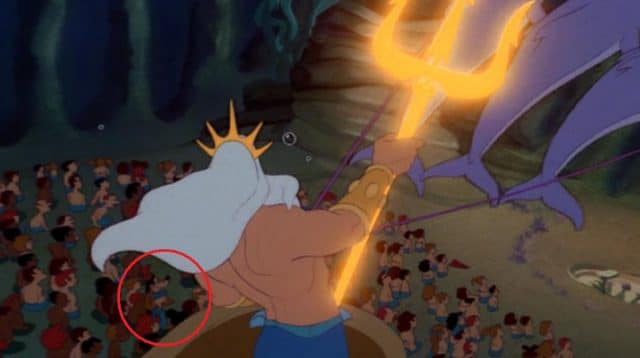 A portrait in Prince Eric’s dining hall depicts Prince Phillip and Princess Aurora from Cinderella. This may imply that they are related, but it is unclear. The families must at least know one another. 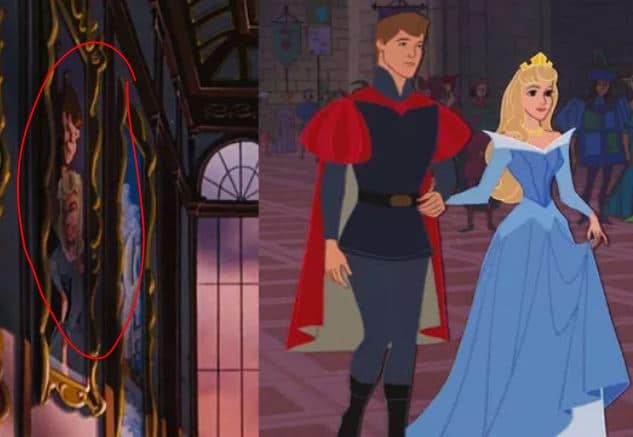 6- Out of Town Guests

The appearance of both the King and Grand Duke from Cinderella at Eric’s wedding would give further credence to the notion that the two families are related. 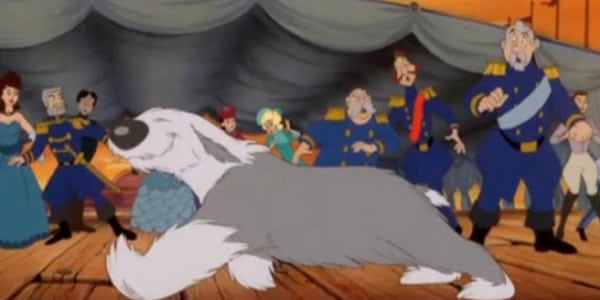 In The Princess and the Frog there is a parade scene. One of the floats is designed to look like King Triton. 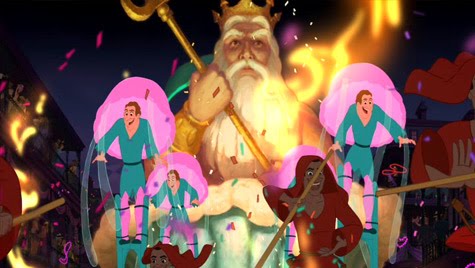 Of course, these are only a few fun Easter Eggs you’ll find in The Little Mermaid. Believe me, there are a ton more! If you catch a few more, be sure to come back and share those here!

Along with The Little Mermaid Blu-ray and Digital versions, you’ll also have access to hours of bonus footage!  From Sing-along mode to deleted scenes, to – you guessed it – more Easter Eggs!

Bonus features may vary by retailer

Evangeline Lilly on being the first female superhero in a Marvel title
Free Cars 3 Activity Sheets for Kids - Build your own race course and more!
#PetesDragonEvent Behind the Scenes Look at The Making of The Jungle Book, with Brigham Taylor and R...
My Fangirl Moment with "Friend in My Head" Eva Longoria at the Premiere of Dog Days

« 5 Unconventional Rules For Lounging Like A Princess
Ralph Breaks The Internet Cameos, Easter Eggs and More »