“It’s all about the story” 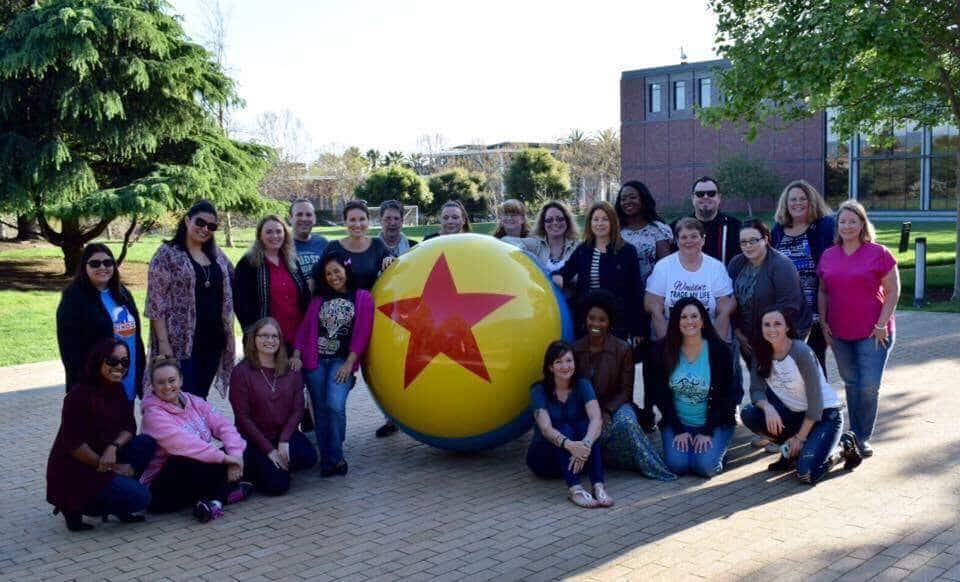 This is the phrase most commonly heard when speaking to just about every member of the Pixar family. In fact, it all began with a story…

1995 marked an iconic year when former Disney animator John Lasseter led the team of innovators who launched the golden age of animation and created the first all CG animated feature, Toy Story. Of course, this went on to lead to some of the most loved animated classics and now to its latest work of Art, Cars 3, which comes to theaters on June 16th.

Just as Lightning McQueen fights to save his legacy in the film, there is no mistaking that   Pixar Animation Studios stays true to the legacy of its visionary, Steve Jobs. I had the truly unique honor of touring the campus last month during my trip to Northern California. I say it’s unique not only for the experience, but also because these tours are not open to the public and I was fortunate to have been invited along with 24 other influencers to tour the campus. 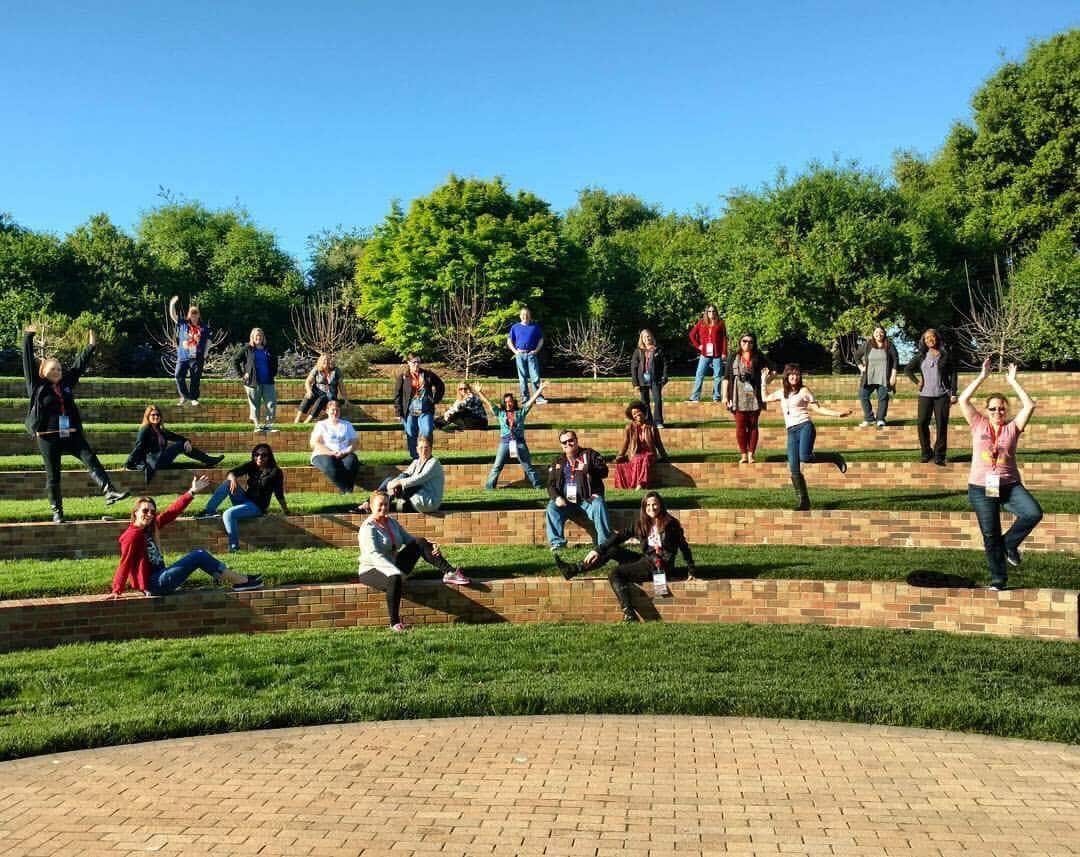 Now, to say that the Pixar Studios campus is cool and amazing and by far one of the most ideal places to work would be a huge understatement. The campus, its concept, its design, its structure – is brilliant! In true Pixar fashion, it tells a story. It’s a very deliberate attempt at generating an emotion, a reaction, and a takeaway at every point for both employees and visitors alike. 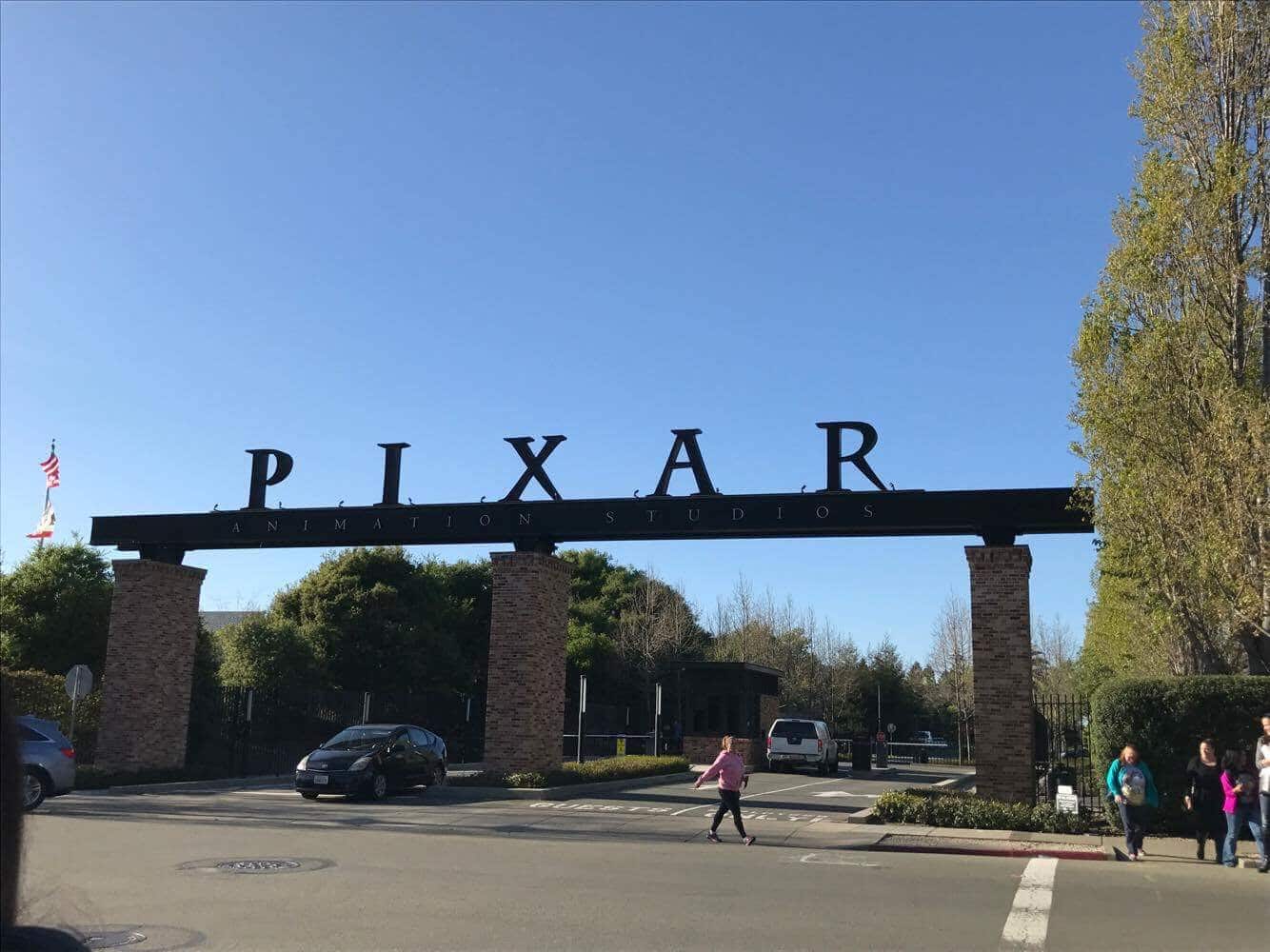 Here are just some of the cool things I discovered during my visit:

Many people don’t know that the Pixar Studios campus was actually a Steve Jobs project. It took 4 years to completion and the main building was renamed to his name a year after he passed. 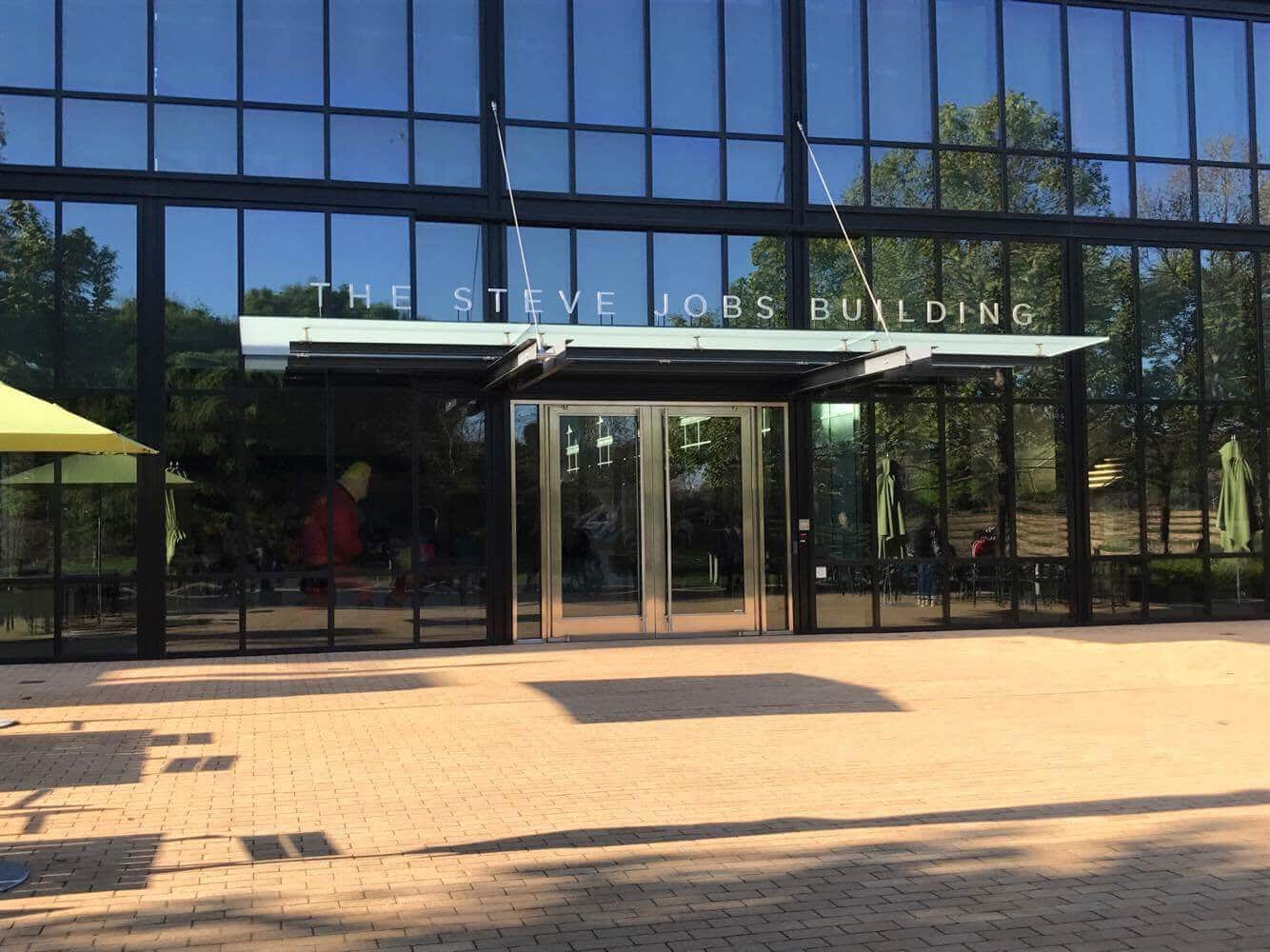 The now Steve Jobs building is made with clear glass because it was Steve’s belief that people need to let the outside world in. It’s also a bit of an homage to the idea of walking through the looking glass.

When you first enter the Steve Jobs building, you are greeted by some of your favorite characters and can’t help but try to become part of the story. 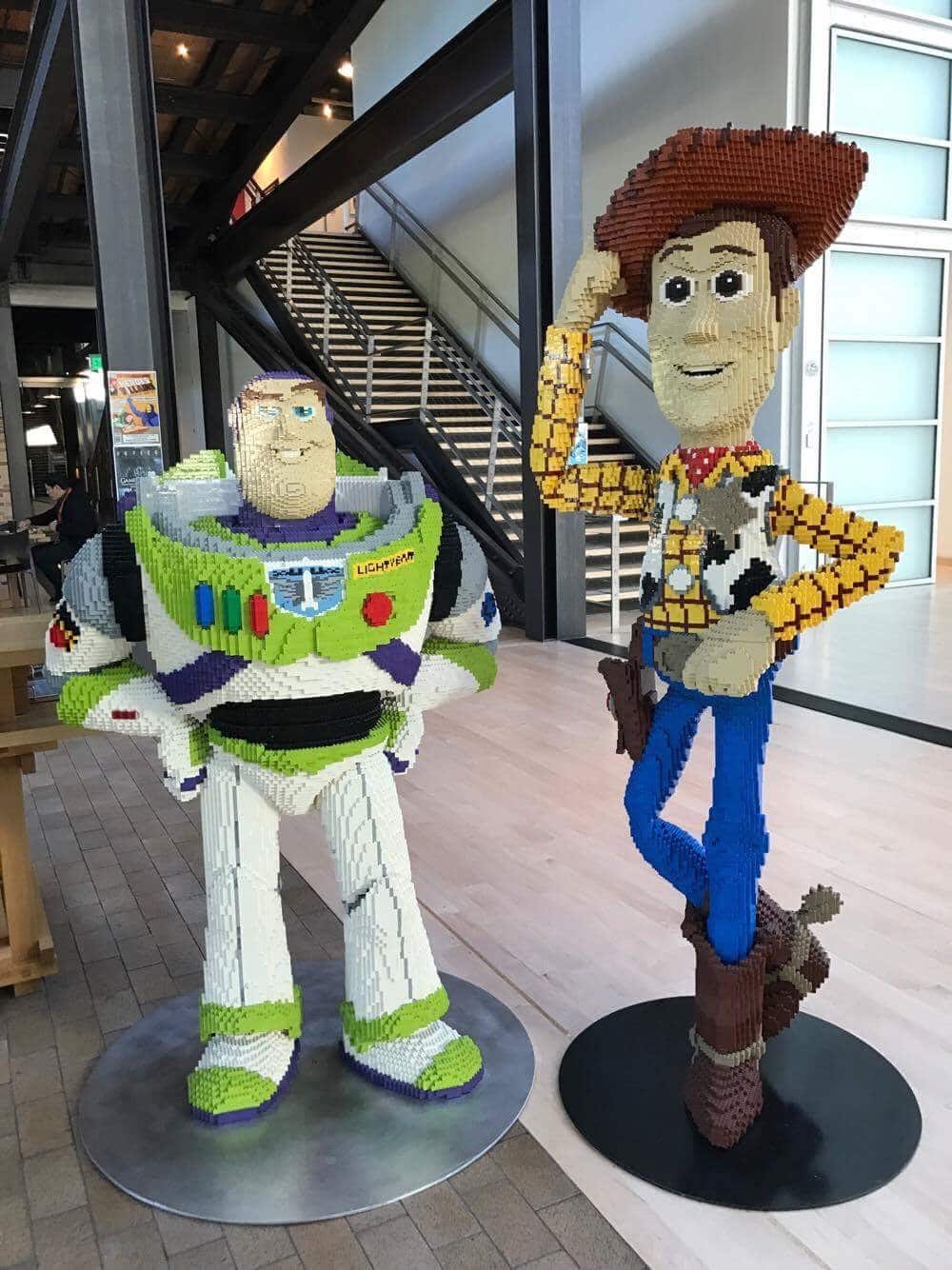 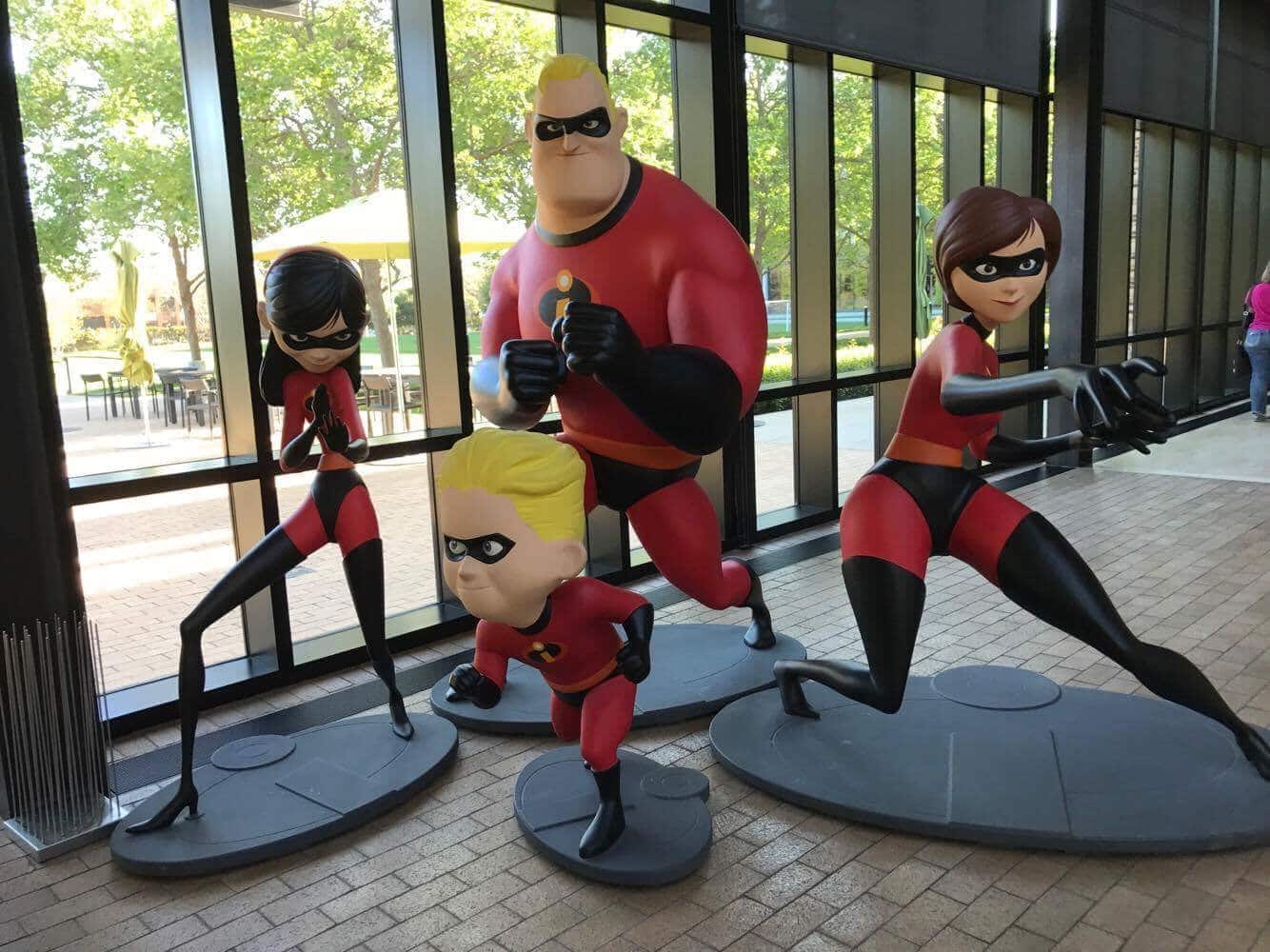 You see the many awards earned for these beloved films and find that even this guy made it into the case with such a special story attached to it.

The campus is a strategic masterpiece!

The campus, and respectively the workspace is laid out like the human brain in the sense that the employees working in the more technical fields are positioned on the left side of the campus, while the creatives are on the right side.

Steve Jobs loved New York and named the buildings after New York neighborhoods, including The Queens Building and The Brooklyn building. The campus is also located on Park Avenue, which just ties the whole New York theme together perfectly. 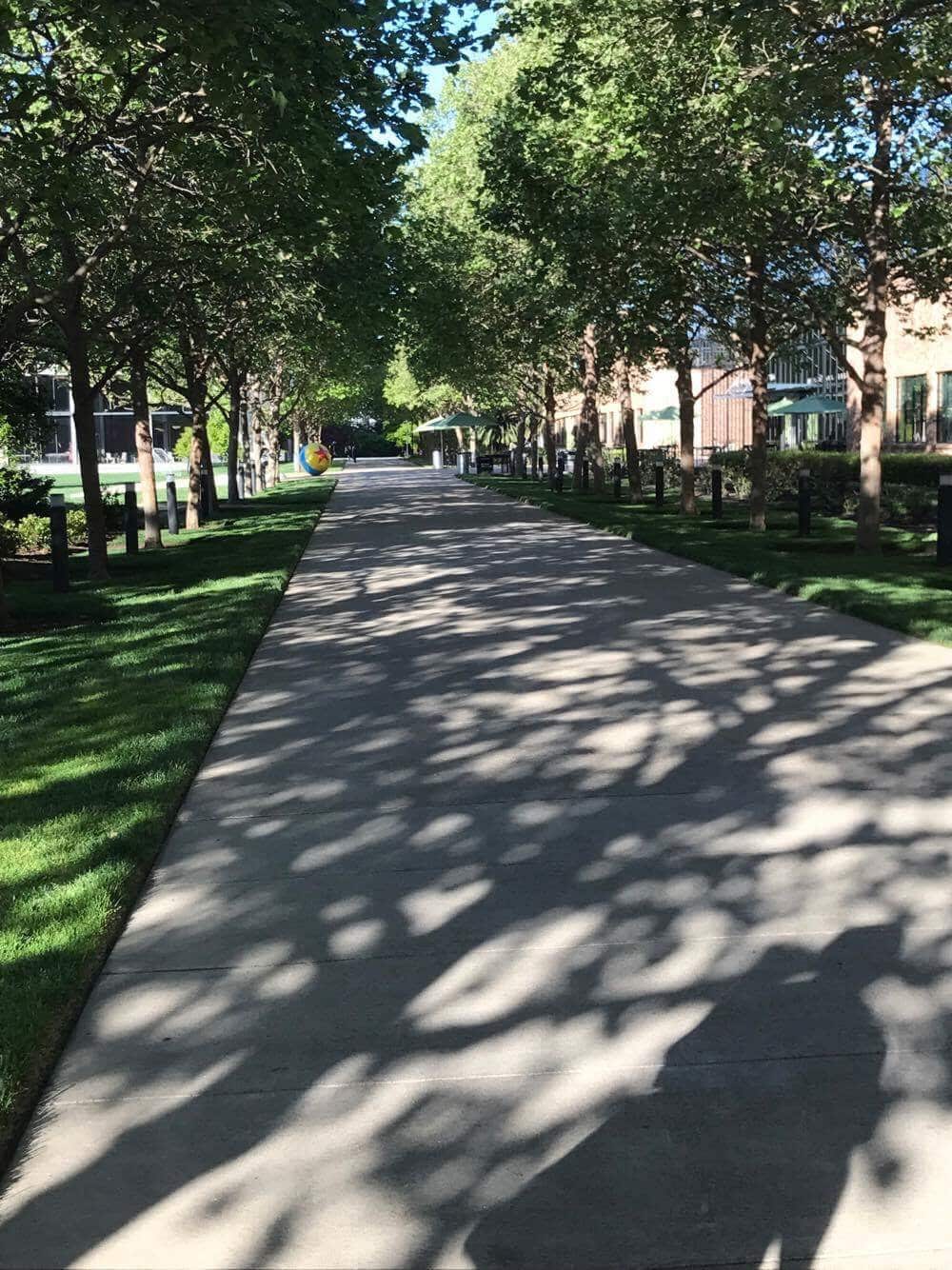 The Pixar Campus is comprised of 16 acres of natural park space. You’d never imagine this, but even the plants had a thinking process. Plants that are indigenous to the western/coastal parts of California are planted along the west side of the campus, and same goes for the eastern end.

Buildings were built from the ground up.

The Pixar campus was once the site of the Oaks baseball field, and then became the home of the DelMonte fruit factory, prior to becoming what it is today. Each building and structure is new to the campus in fact, except the most unlikely one… 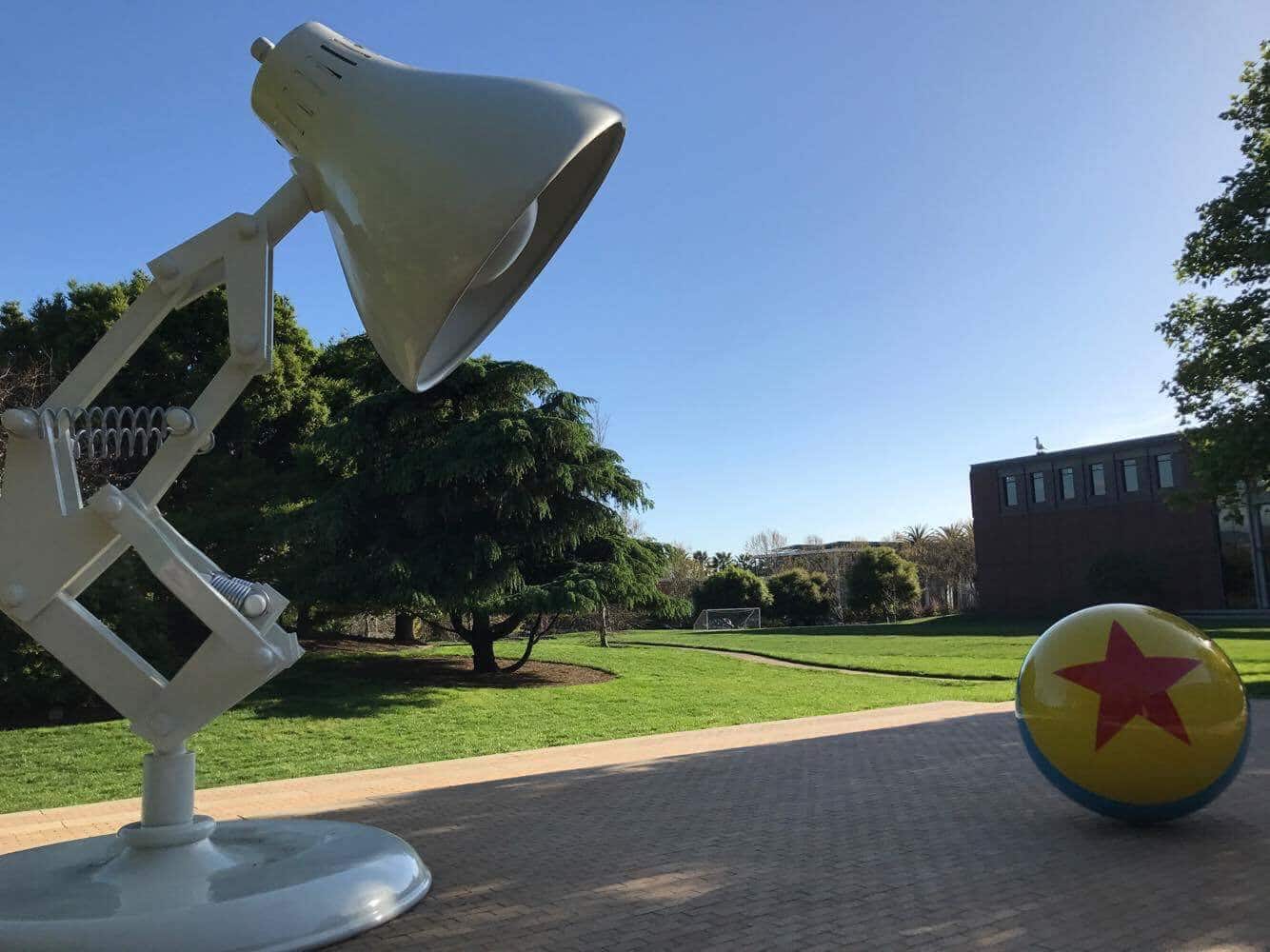 Yes, the iconic lamp was built overseas and intended to be a part of a museum prior to being shipped to this campus.

Easily one of the BEST places to work!

Now, don’t get me wrong, I love running my blog and business, but if I were offered a job at Pixar Studios, my entire family and our fish would be on a uHaul headed to Emeryville, CA by the weekend! I mean, talk about an inspiring and fun workplace! Heated outdoor pool, volleyball, basketball courts, gyms, coffee house, and so much more! I can only infer that this is the type of atmosphere that lends itself to brilliance. 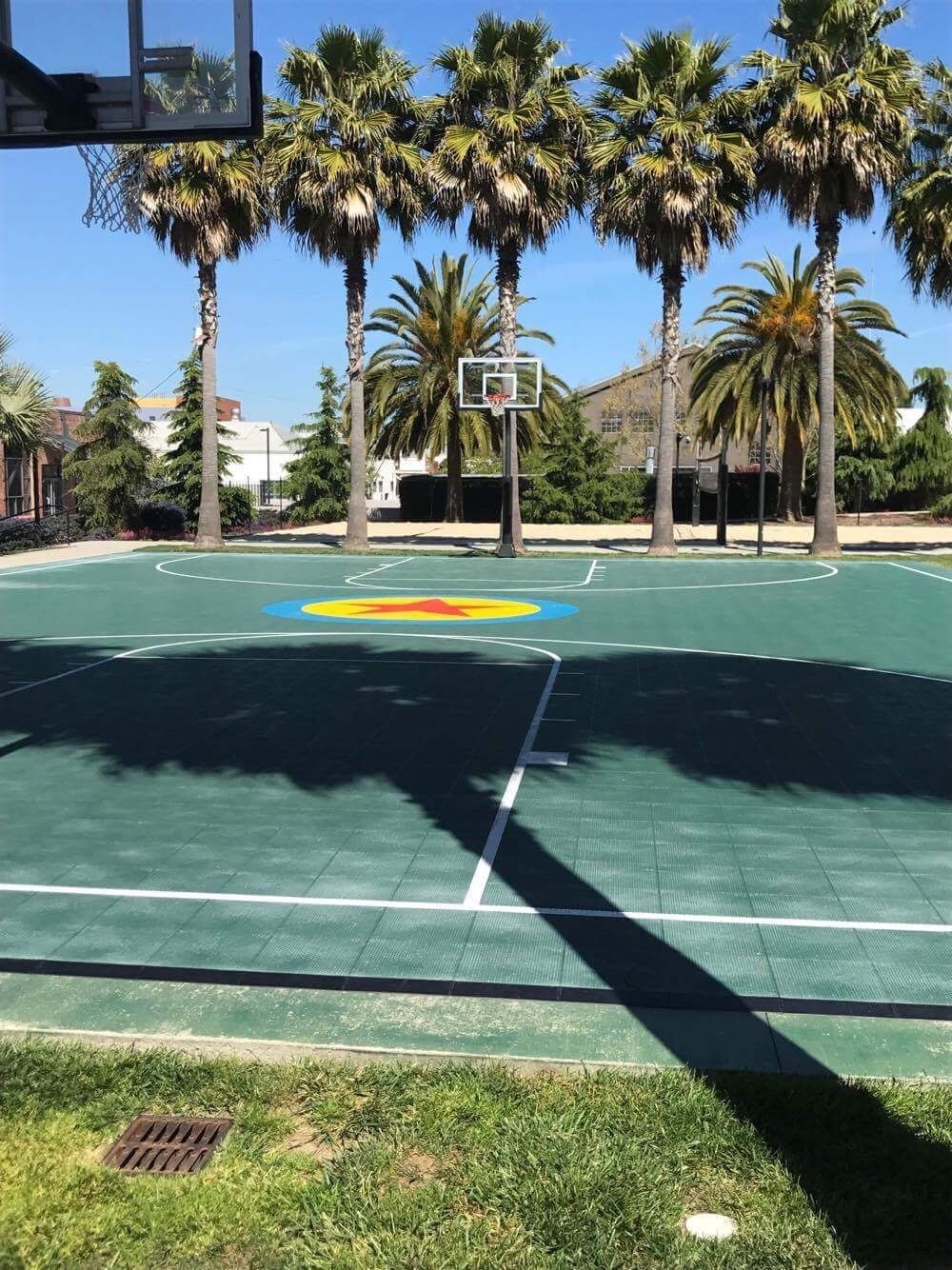 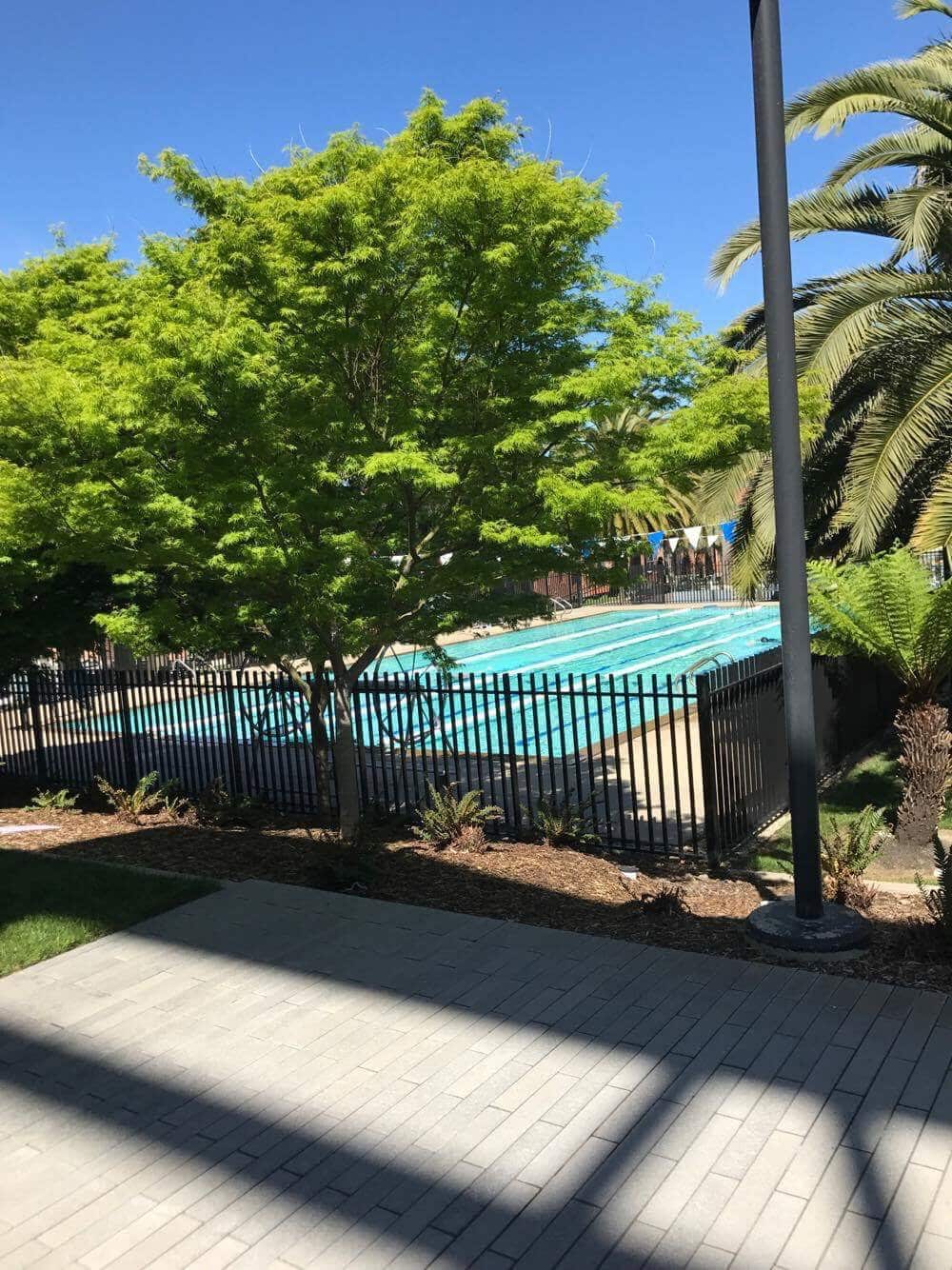 Again, I’m so grateful for the opportunity and when I’m watching Cars 3 in theaters this summer, I’ll be imagining that it all came to be one night sitting under a giant lamp. 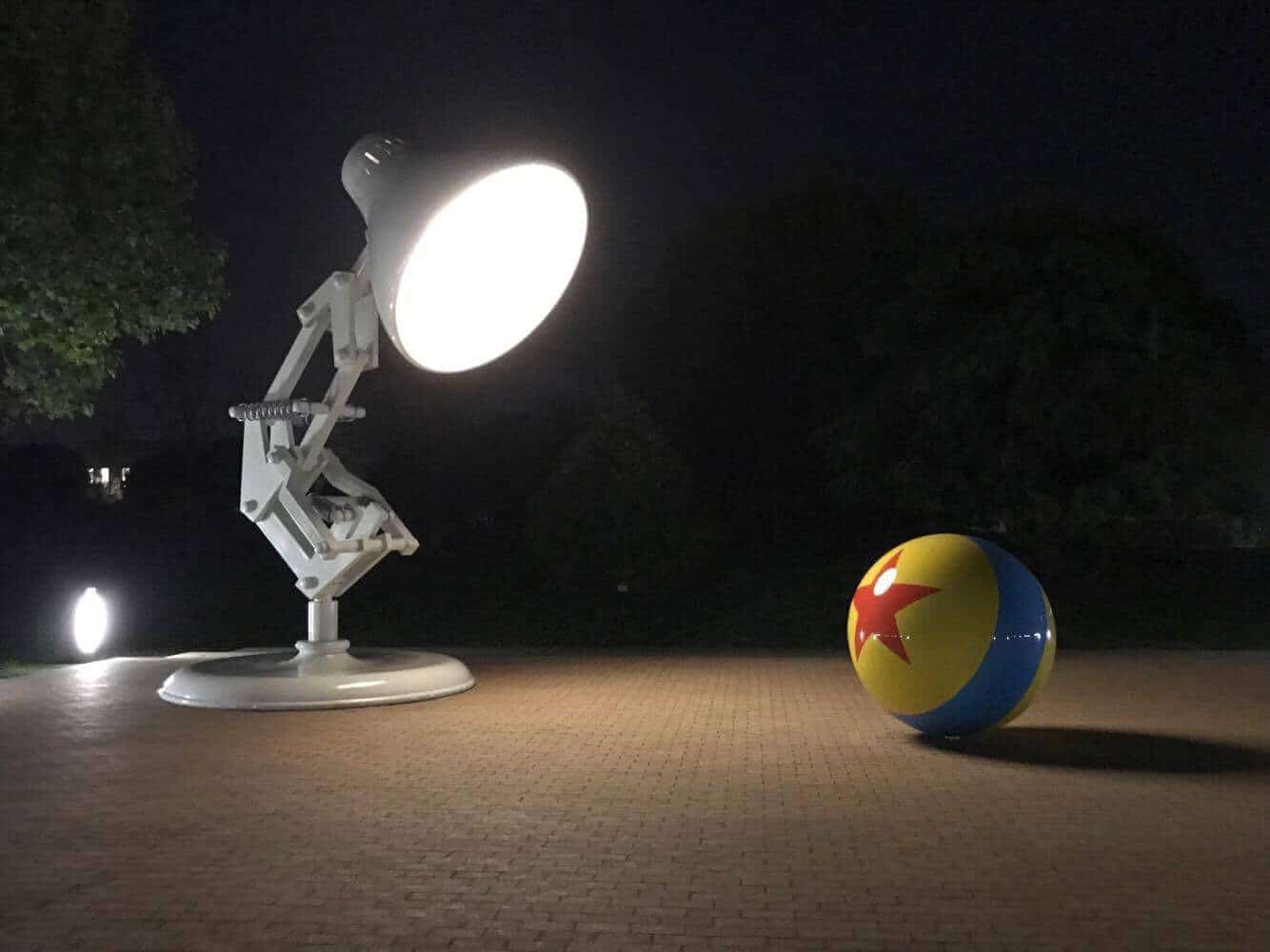 Thanks to Olivia of This N That With Olivia for the photos!

How to check for bed bugs in a hotel room or other public places
Disneyland’s Cars Land Haul-O-Ween Spectacular - Insider Tips, Fun Facts and How to Throw your own ...
My Real Deal Review of Landmark Resort at Myrtle Beach
Disney Cruise Hacks for your visit to Castaway Cay