Have you heard of Pixar in a Box?  I’ll have to admit, I was completely clueless about this program prior to the 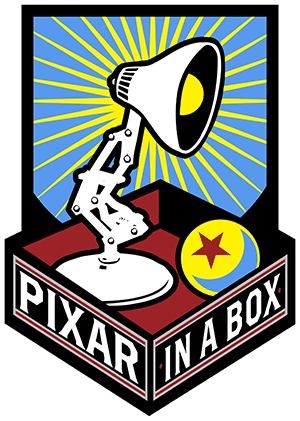 demonstration we were provided during my recent Cars 3 press event at Pixar Studios. I was literally blown away by everything I learned about this program.  Of course, I immediately signed up!  It will be such a critical element for summer learning and additional learning resources all year long.  I can honestly say that every single parent needs to be aware of this and take advantage of this FREE animation learning tool for kids.

What is Pixar in a Box?

Pixar in a Box is a Disney sponsored collaboration with Khan Academy. It gives kids (and adults) a very innovative behind-the-scenes look at how Pixar artists do their jobs.  It builds on most of the standard subjects taught in school – such as math, science, computer science, and humanities.  And it shows kids how these are used every day to create amazing movies at Pixar. Things like animating bouncing balls, building a swarm of robots, and making virtual fireworks explode are all part of the learning tools available. It’s truly an important learning tool that supports educators and parents by incorporating content that helps students put their learning into real life application.

We met with Elyse Klaidman and Tony Derose of Pixar in a Box and long time veterans at Pixar. A former Professor at the University of Washington, Tony joined Pixar 21 years ago.  He was responsible for overseeing the company’s internal education portal. He would often get contacted by educators asking for help in creating an animation curriculum. They would support these requests as best as they could. However, over the years, they realized that with the right partner in the online educational space, they could reach even more kids to impact and tell the story of math, science, and art within the production of Pixar films. Thus, Pixar in a Box was created.

Each of the topics in Pixar in a Box is focused around a creative challenge they face at Pixar. For example, in the Character Modeling module, the challenge is how to create the shapes of characters in the movies? This is essentially a geometry lesson. In the environmental modeling module, kids learn about the parabolic arcs that go into creating those beautiful forests in Brave.  Each of the topics is hosted by one or more Pixar employees. So it truly does provide them a real world experience of the challenges and processes that go into making the films they know and love.