During our recent Ant-Man and the Wasp Event, we had the opportunity to interview British actress Hannah John-Kamen who takes on the role of Ghost in Ant-man and the Wasp. While she has a relatively shorter career, she has accomplished a number of impressive roles and has been highly praised for her work. You may recognize her in such films as Tomb Raider (where she played Lara Croft’s roommate Sophie), critically acclaimed series Black Mirror (Selma Telse), and Game of Thrones (in the role of Ornela, a Dothraki widow and close confidante of Daenerys Targaryen). 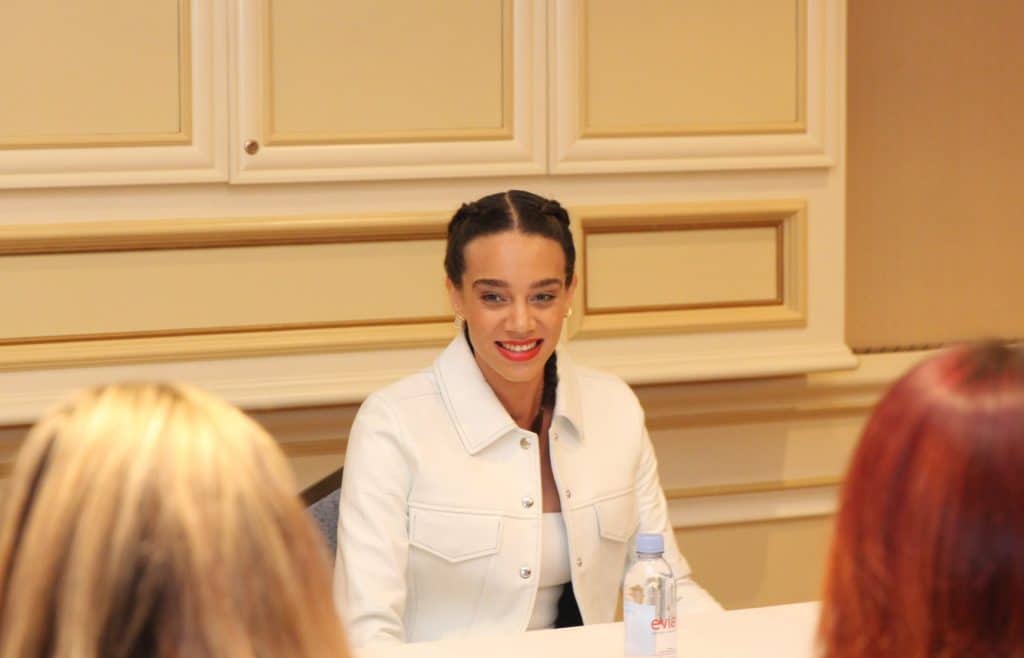 In Ant-Man and the Wasp, Ghost was this character who emerges through walls to wreak havoc initially on Hope Van-Dyne, though her agenda is soon revealed to the entire crew. She has a unique disability turned superpower and a complex backstory that gets unfolded as you experience her character throughout the movie.

What many people may not know, however, is the fact that the character of Ghost in Ant-man differed quite a bit in the comic books.  The two versions of Ghost are so distinctly different in morale, psych, gender and purpose.  Hannah John-Kamen really brought this character to life in so many ways.

First, while the comic books portray Ghost the character as a hero, the movie features the same character as the antagonistic villain.  Although, I must say, that title does become a little blurry after watching her in Ant-man and the Wasp. 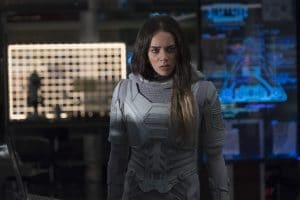 The character of Ghost possessing the powers to pass through things with molecular impunity stays consistent in both the comics and the film. However, in the comic books, I believe Ghost tends to do a better job of staying low-key and anonymous. As I mentioned earlier, the story of Ghost in the comics is not very well defined and Ant-man and the Wasp really does a good job of humanizing the character.

Now to the clincher – in the comic books, Ghost is a male character! I found that part particularly interesting and following up from our girl-power interview with Evangeline Lilly, I have to wonder if this was a bit intentional.  I asked Hannah John-Kamen about her experience in bringing this uniquely female energy to the character of Ghost and she shared how much she loved being able to bring her to life and give her a backstory.

Here are some more highlights from our interview with Hannah John-Kamen:

How does Hannah want girls to react to seeing such powerful females on screen?

“ I want young girls to say, “Yeah, we can be bad ass. I want them to have action figures..”

Hero or a Villain- Which one is Ghost in Ant-man and the Wasp?

Audiences can decide for themselves, but Hannah John-Kamen believes Ghost is a hero.

“I think everyone’s redeemable. I really do.  Marvel does that genius job with the villainous characters to really not make it black and white. They make it gray. They make it kind of like you kinda feel sorry for them. You’re kind of on their side. You kind of confuse yourself as an audience member and go, hold on a minute. Why am I rooting for this person?  I approached the character as if she’s the good guy. And, through my eyes, she’s the good guy.” 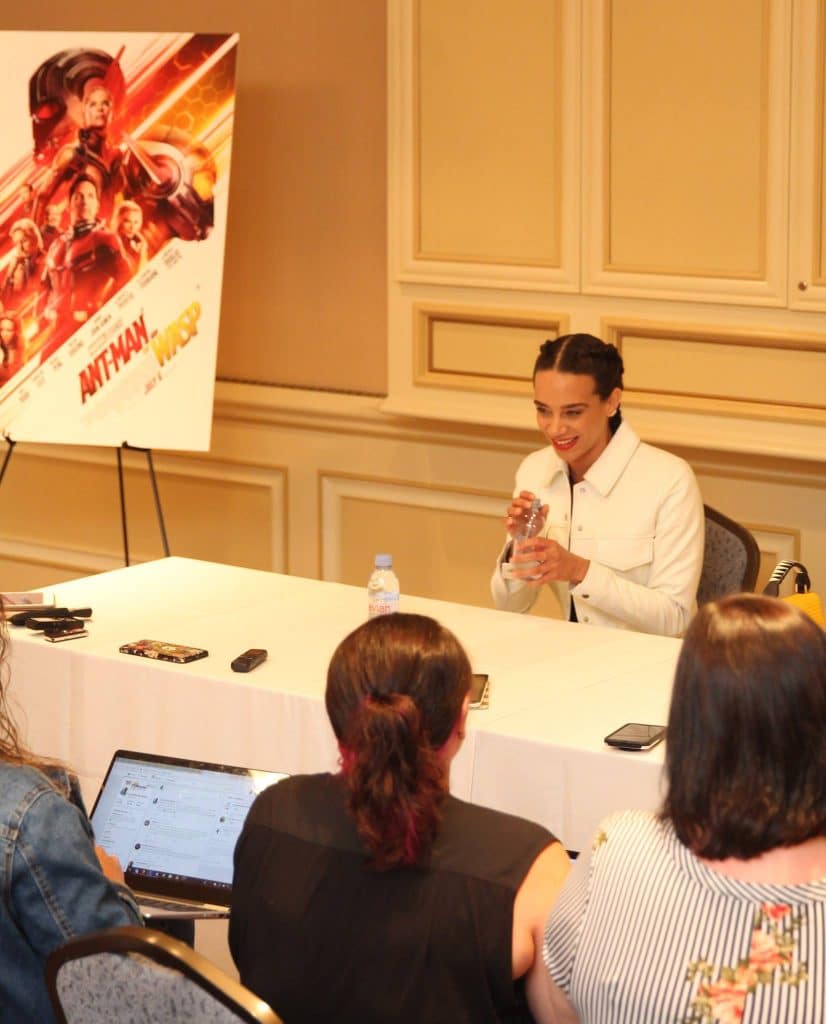 “Ant-man and the Wasp has so much heart and it’s exactly what we needed after the devastation of Infinity War. There are always 2 sides of the coin that that is what you will find in the character of Ghost in Ant-man and the Wasp.”