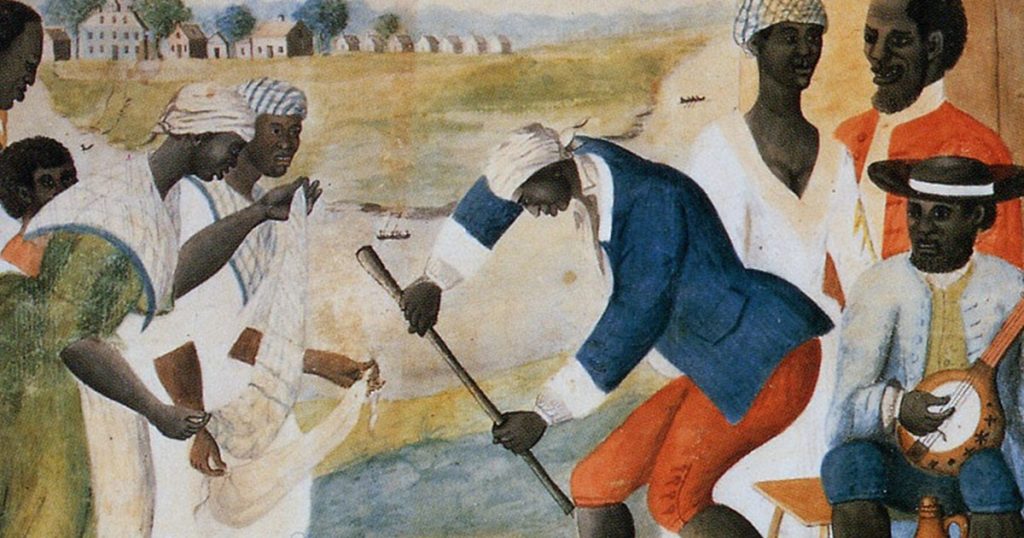 A few weeks ago during our Myrtle Beach family vacation, I had the opportunity to visit the Hopsewee Plantation, a former rice plantation owned by one of the wealthiest families in South Carolina.  The King of England granted the Lynch Family 500 acres of land.  It then became of one of 7 plantations owned by this family that enslaved between 800 and 1600 Africans in the 1700s. While most people 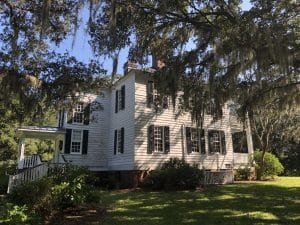 think of slavery in terms of cotton cultivation, rice happened to be the most lucrative cash crop in the Sante Delta area, thus making South Carolina the wealthiest of the 13 colonies. The Hopsewee Plantation produced between 500K and 1 million pounds of rice annually.

Hopsewee Plantation is also where you get to meet an incredibly knowledgeable Gullah historian by the name of Zenobia Harper. She shared with me the very rich and fascinating history and presence of the Geechee people of South Carolina.

She shared with me such a wealth of information, from historical facts to some really cool and surprising tidbits about the Geechee people, amounting in pages and pages of notes inspiring me to not only share this information with you all, but to want to further engross in the culture and preserving its unique and unparalleled authenticity.

Here are just some of the most interesting facts about the Gullah Geechee culture I discovered during my visit.

Difference between Gullah and Geechee & The Origins of the Gullah Culture

While Gullah typically describes the culture and Geechee describes the people, the names “Gullah” and Geechee” have a fairly unclear origin. It is what we’d call a “creolized” culture, meaning that it is truly a combination of multiple sources and regions of influence.
Gullah influence potentially included 27 Native American tribes, Dutch, German, Swedish, Jewish cultures. Here are just a few theories of where and how the word Gullah might have been adapted: 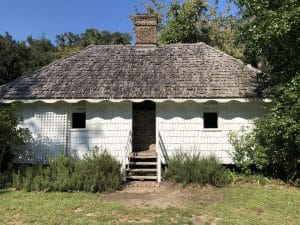 The word Geechee is pretty widely believed to be a corrupted version of the word Ogeechee, the river occupying both the Central Guale territory and Georgia coastal area where many Africans settled. Most of the tribes are of Mande origin. The portion Geechee is thought to have derived its origin from the Kissi people who reside in boundaries of Guinea, Sierra Leone and Liberia.

The Gullah Geechee people have been most directly linked to West Africa in many ways. The most notable being the mere evidence that Gullah descendants were brought to America for the purpose of rice cultivation. Rice Cultivation, in and of itself, came from West African in terms of the practice, technology and the tools needed to do this successfully. The Gullah People of West Africa offered more than just the actual slave labor, but were critical in lending the intelligence and resources needed for landscaping.

As with a majority of cultures, food plays a vital role in the Gullah Geechee community. From celebrations and gatherings, food is often the core of the tradition. Like the Gullah culture itself, traditional Gullah foods are generally a mix of both cultural and agricultural resources available to the Gullah people throughout history.  Locally available items such as okra, rice, seafood, root vegetables, and wild game largely compose the Gullah diet. 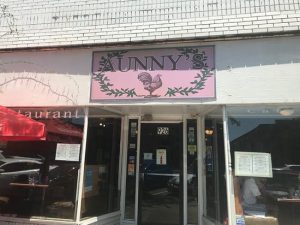 The majority of Gullah kitchens and homes still apply African seasonings and cooking methods that were indigenous to their African heritage.

Be sure to stop by  a restaurant called Aunny’s on Front St. for some authentic and delicious Gullah inspired food in Georgetown, SC. There you will find some wonderful people and a great selection of traditional southern foods.  You won’t want to miss the original tomato-based Gumbo!

The Geechee people have a very unique Creole language.  It is is often confused with other similar dialects spoken by African descendants in America.  It is believed that the Geechee language originated as a simple communication form among individuals who spoke different languages. These were generally Slave traders of the European origin, owners of slaves and other diverse African communities. Its grammar and majority of the vocabularies have roots from both African and European languages. It is worth noting that this language is the only existing African Creole language that is widely spoken in United States of America. The Geechee language still greatly impacts Southern American’s speech patterns.

There is one huge misconception about not only the Geechee people, but enslaved Africans in general. That is the myth that they came to American without religion. In fact, 30% of enslaved Africans brought to the South Carolina area were Muslim and brought their faith and practices. Today, much of the Gullah religious practices and beliefs stem from teachings of Christian slave masters, combined with traditional religion and spiritual rituals of their African ancestors.

You will find some of the prominent and iconic individuals in America have ancestral roots in the Gullah Geechee community. Most notably, First Lady Michelle Obama ties to the Robinson family of Georgetown. Other big celebrities you’ll find with Gullah origins include Michael Jordan, Darius Rucker, Dr. Emory Campbell, Director Julie Dash, Justice Clarence Thomas and Boxer Joe Frazier.

Following the abolition of slavery, the challenge of further adapting the culture into this new society posed more challenges.  Geechee ancestors would take the language away from the children so they wouldn’t be treated poorly.  Slowly but surely, the dissipation of the culture ensued.

Recent generations of Geechee people have initiated the fight to preserve the culture in various ways. Historian Jim Kiber was critical in the establishment of the Gullah Geechee Corridor, which is is a federal National Heritage Area and it was established by the U.S. Congress to recognize the unique culture of the Gullah Geechee people.  Charleston, SC has plan to build a big African American museum with interpretive centers. Beaufort, SC is host of the “Original Gullah Festival”, while there is an annual Sweetgrass Basket Festival hosted annually in Mt. Pleasant, SC celebrating the Gullah history, culture, traditions and sweetgrass basket-making art form. 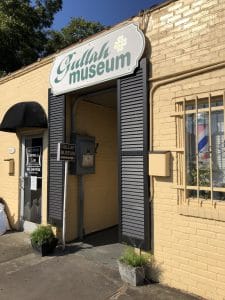 If you’re visiting the Myrtle Beach area, I highly suggest you take an excursion to Georgetown, South Carolina to pay a visit to Ms. Zenobia for a tour of the plantation and a very valuable history lesson about the Gullah Geechee people and culture.

There’s also a Gullah Museum nearby you can visit for tours, presentations and demonstrations of traditional Gullah and Lowcountry craft.  You can also to pick up some traditional Gullah crafts. It’s not much a modern experience, but a great resource of information and facts about the Gullah Geechee culture.

While not specific to Gullah history and culture, I’ve been told of another African American historical site called the Myrtle Beach Colored School. This school was created during segregation and was the only school in the area for black students in Myrtle Beach. This remained the case for many years. It was established in 1932 and operated for close to 20 years before made obsolete by the Carver Training School. The efforts to preserve the school continued for years and artifacts from the school were preserved. Today, it serves as a history museum of African American history and reference library that honors the history.  Additionally, it offers essential educational services to the Myrtle Beach community.

Brookgreen Gardens, which is a former rice plantation and now the largest and most comprehensive collection of American figurative sculpture in the nation, is introducing a brand new initiative to further expand and preserve the Gullah Geechee culture. VP of Creative Education and Gullah descendant Ron Daise presents an entertaining and informative program each week at Brookgreen Gardens. Here you can learn even more about the culture, food, language, and history of the Gullah Geechee people

« Health Benefits of Aloe Vera Juice
Catch me wrecking it at the Ralph Breaks The Internet Event in LA! »