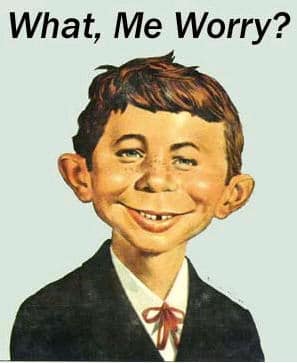 My biological dad and I had a conversation a few years ago where he said, “You know.. Having kids makes you age quickly because you have to worry about them too much.  That’s why when I’m away, I don’t think about you and your brothers.” Yes, those were his words and if you know my father, you know he was probably NOT kidding.

Anyway, I didn’t have kids at the time, but now that I do, I can totally understand what he was saying (minus the second part). I mean, I can honestly say that I have not had a good night’s sleep or a worry free day in the 3 years and 5 days since my first daughter was born!  I’ve worried about her coughs, her rashes, her snotty noses. I’ve checked on her breathing while she slept and I’ve examined every diaper and whatever landed in the potty. I’ve wondered if she was developing right for her age, was she watching too much tv, getting enough exercise, developing allergies, YOU NAME IT, I’ve worried about it!  I was twenty nine when I had her, but I believe I’ve aged about 15 years since.

Now on to baby #2 and here we go again.  Is she feeding enough, is she sleeping too much, and so on. Of course we were given more to worry about in the hospital when the lactation nurse tells us she thought something was wrong with my daughter’s uvula which was affecting her suckling. Sounded minor, but she proceeded to tell me that it could even affect her speech someday and she might need to see a speech therapist and what not!  After only hours on the blogs and a frantic visit to the pediatrician,  what do you know? There was nothing to worry about! That situation alone probably aged me another 5 years and we’re still only at 2 weeks old!

So, just when I stop to ask myself when can you actually stop worrying about your kids like crazy, I get a call from my mother telling me how “worried” she was because I hadn’t called her in 2 days! I had to remind her for the millionth time that if anything were to happen to me, there are enough people in my life who would let her know. But, she replied, “I’m your mother! I can’t help it.”   She must be about 100 years old by now!

Mommy and Me time
Love, Peace, Tiny Feet... and Vision
What mothers in developing countries need to know #Blogust
Wordless Wednesday: Talk about a One Stop Shop