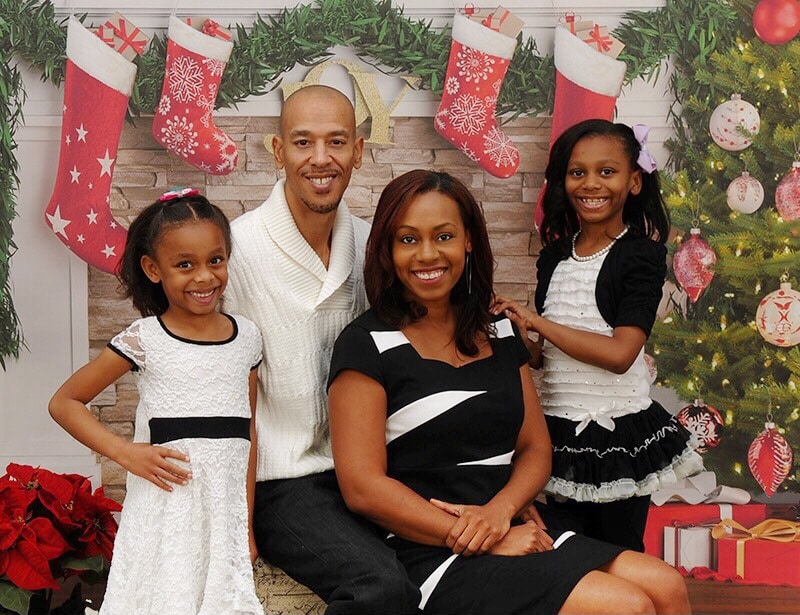 First thing I’ll say about about this family photo…

They say a picture is worth a thousand words.  Sometimes, it’s the story behind the picture.  Every picture has a back story, and here’s ours.

So we haven’t take any formal family photos in a couple of years, so when I was offered a family photo shoot by the team at Portrait Innovations, I was truly excited.  In the past, we’ve taken time to prepare for our photo shoots. From coordinating outfits, researching poses, hair, etc. This year, however, we were a total mess! You’d never know it though by looking at the final product, so…winning! Somehow, some way, the Adams family found a way to pull ourselves together for some happy smiles and pretty faces and a memory that will last us a lifetime!

This was where it all started. It was a long week and I slacked on my usual daily reminders for things we have coming up. So when I casually mentioned to my husband at about 8pm that night, “Don’t forget, we have our holiday photo session tomorrow morning…” he was less than pleased. In fact, he had the worst attitude! “What time is this photo session.” I responded “11:20am.” (more on that later) I don’t know what game or event he’d tried to plan that morning instead, but he was not happy about missing it.  That turned into a big fight that almost tempted me to boot him out of the photo altogether!

That fight carried through til the next morning…

Still in procrastinator mode, I finally decided to get the outfits together. I pulled out some festive outfits that I thought would go well with a holiday theme since we hadn’t done that in so long. I pulled out some outfits from the girls’ closets and something for myself. Hubby still had his attitude, so he said he would get his clothes in the morning.

9:00am the following morning

Of course, we slept in a little later than we planned. I’d hoped to get up earlier to have time to get the girls outfits together, hair, etc.  I rushed the girls to take their showers and put on the outfits I’d planned for them.  Wouldn’t you know it…the outfits did not fit them anymore. Damn these growth spurts!  Instead, Samara decides she would put on some blue sequenced pants and tank top telling me she wanted to look like Beyonce for the pictures. So that was fight number 2.  Leila, who is known for out-wearing any shirt or outfit she loves, pulls out this sweater that – between the lint, stretched out neck-line, and (maybe) spaghetti stains- I couldn’t even understand why it was still in her closet in the first place.

Finally, hubby steps in and grumpily adds, “Why don’t you just put them in black and white.” I was still mad at him, but had to admit that was a good idea. I hate when he’s right!

Finally got the girls showered, got their hair done and got them dressed in clean, fitting, lint-free clothes that they could actually be seen in public in.  Now it was time to get their hair done and try to get myself ready. Try being the operative word.  I got interrupted like every other minute by these two as everything starts to go wrong – “mommy, my hair messed up” “mommy, there’s a tear in my stocking” “mommy, I can’t find my other shoe” … all of this as if there’s no other parent they could possibly talk to at that moment!

The kids are ready. I’m pretty much ready with the exception of some makeup touches. Hubby is in the bathroom cutting his hair! Not showered, not dressed, nothing.  15 minutes right?

At this point, I have an attitude. I realize the kids didn’t eat the cereal I set out for them.  Just left the cereal soaking in the milk. Untouched because apparently, they “wanted waffles.”  And I’m ready to go!

I decide to leave hubby behind so we could get to Portrait Innovations on time for our appointment and he could just join us later.  We’re in the car and something tells me to just go ahead and call them to let them know we’re on our way and confirm that we will be there for our 11:20am appointment.

Luckily, the team at Portrait Innovations was really cool about it and told us to come on and they’d fit us in.  I was totally embarrassed and feeling like a hot mess. The rain and cold that morning, coupled with a miscellaneous fight # 3 between the kids did not help. 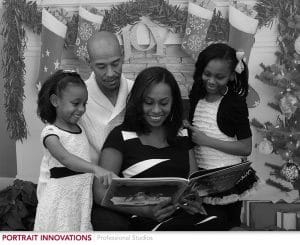 counts. Hubby joined us within minutes of us getting there looking pretty sharp if I may say so myself. 🙂   By the time it was our turn to take our photos, we were all excited about all of the cool backgrounds and props to choose from. I’m told that in certain cities in the US, Portrait Innovations has what are called “Concept Studios” with even more amazing backdrops and imagery for a photo shoot.  I would kill to visit one of those!

Our photographer was also a delight to work with!  She was great at engaging with the kids and keeping their attention throughout the entire shoot.  Best of all, she was able to capture some incredible moments of our entire family. She chose some of the sweetest photos to take of my girls and even though they pretended to protest against holding hands in one of the photos, they were also the first to get geeked about the fact that their arms formed a heart. 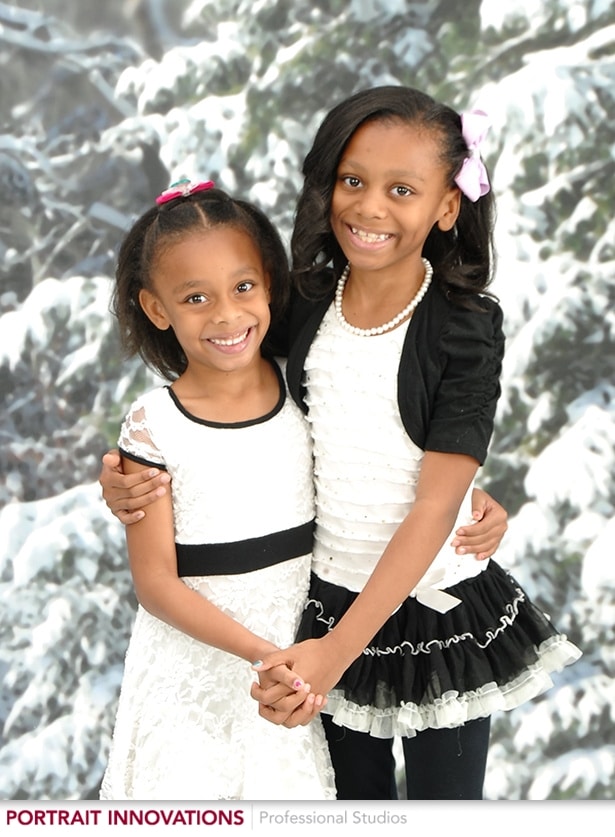 After The Photo Shoot

Our family photo shoot lasted just a few minutes, but we managed to get many great photos to choose from.  A variety of poses, backgrounds, props, etc.  After the photo shoot, we were able to view all of the photos in our set and choose our favorites.  The package we’d gotten included the following: 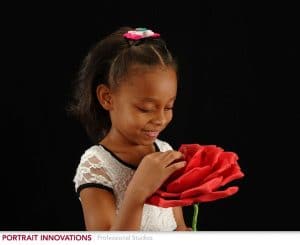 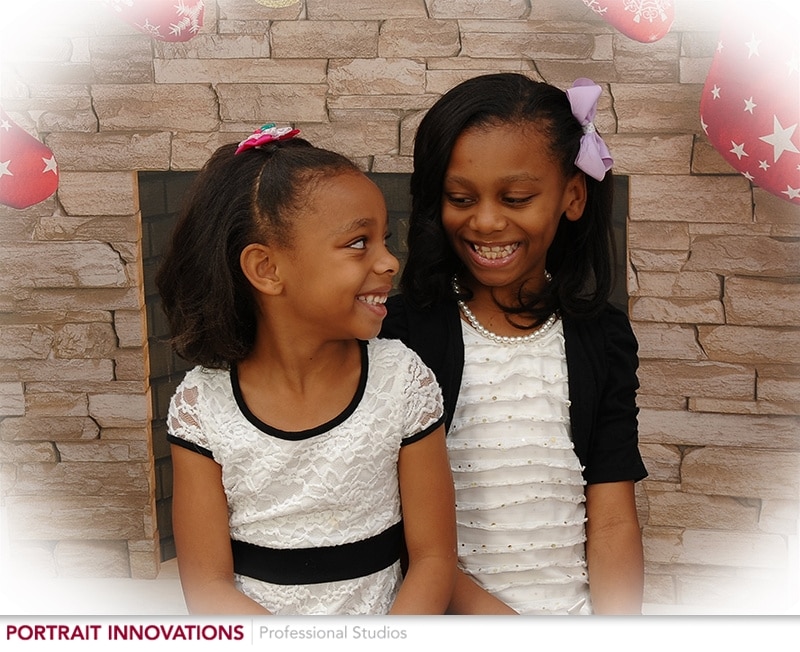 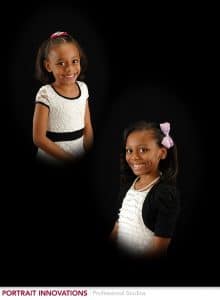 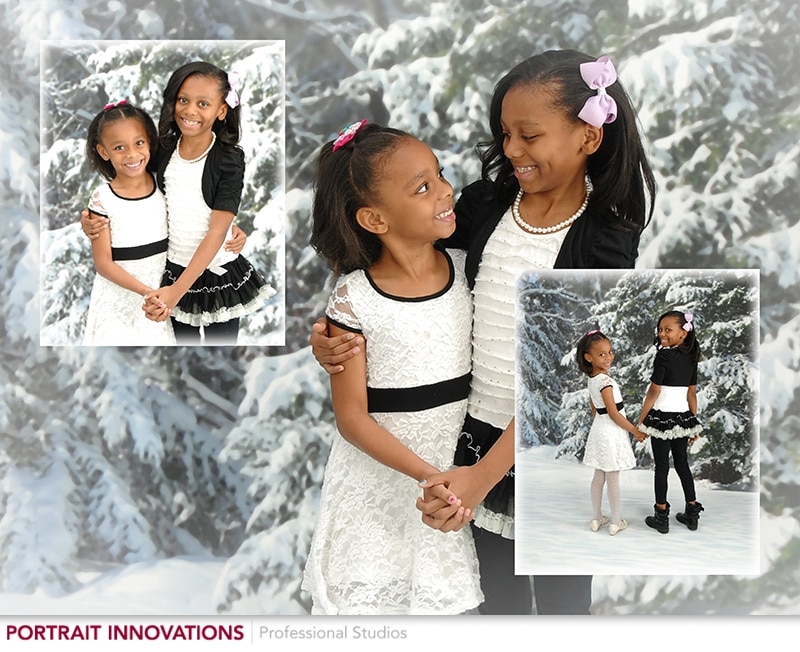 The prints would take about 20 minutes to be ready for us to take home, so we just went on to a local IHOP which Leila had been begging for and had a late breakfast while they got ready.

A little over a thousand words, but I have to say, I am in love with these pictures and so thankful to Portrait Innovations for capturing the true essence and spirit of this wacky Adams Family through this unforgettable family photo shoot!

3 Tips for Finding the Perfect Shoe Fit for Kids
The Top 5 Essential Oils For Hormone Balance
6 moms who have changed the world and how you can too!
10 Things that are not canceled due to the Coronavirus Crisis