The classic card game Go Fish was actually the first card game I learned as a child.  It’s extremely easy and fun, so it makes for a great card game for kids of all ages.  Here’s a simple guide to how to play Go Fish. 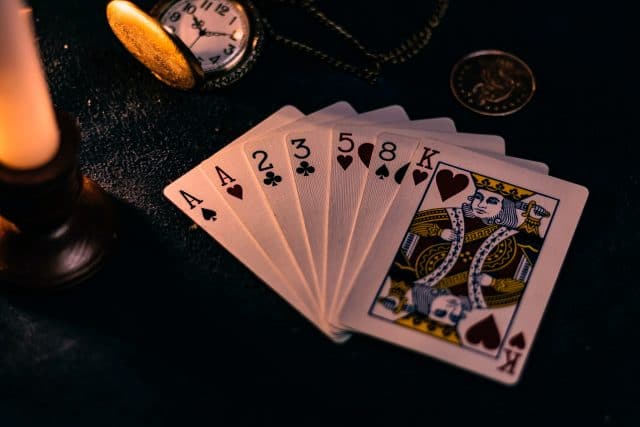 Objective:  To get as many sets of 4 cards of the same number.

How to play Go Fish:

First, remove any jokers from the deck of cards.

Each player is dealt 7 cards per player.  The remaining cards are placed faced down in a deck.

Players take turns on each round selecting another player to ask for a card they would need to complete the set of 4.  The player must have at least one card of the same number requested.

For example, Player 1 asks, “Do you have any Fours?”

When a player has 4 cards of the same number, he takes them and leaves them in a pile. Make a new pile for each group of cards.

If a player has run out of cards, they can take cards from the deck to replenish their hand.  This counts as one turn as well.

How to Win at Go-Fish

When all the cards have been played, the points are counted. Count 1 point for each pile of 4 cards of the same number.

The player with the most points at the end of the round wins. If 2 players have the same number of cards, a TIE is declared.

Now, here’s a trick to winning at Go-Fish.  Pay attention to the cards other players ask for.   For example, imagine if Player A asks Player B for fives and Player B says, “Go-Fish.” Then Player C will know to ask Player A for fives and gets all of the cards in his or her hand!  Score!