Avengers: Infinity War memes that perfectly describe my first reaction to the film

So, I had the opportunity to watch the long awaited Avengers: Infinity War last night at the Hollywood premiere at the Dolby Theater in Hollywood.  Long story short…I’m a ball of emotions.  The movie was literally everything we’d expect and nothing we’d expected from the film all at the same time.  I laughed hysterically during parts of the movie, and held back tears through the rest.  It was perfectly action packed from start to finish and left audiences completely shocked and speechless!

Shocked and Speechless!   Which is actually pretty great for the time being since I’m so strictly forbidden from revealing any spoilers and I fear that just about any word that comes out of my mouth will essentially be a spoiler. 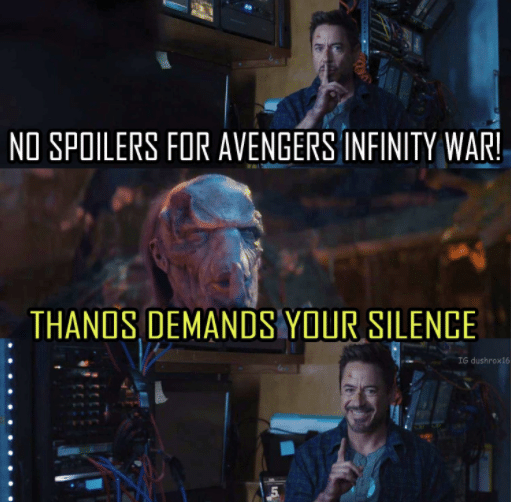 First, let me share the few things I can about Avengers: Infinity War:

What can we expect from Avengers: Infinity War?

Expect to see 67 characters from the Marvel Cinematic Universe. According to the Russo brothers, this is probably the longest list of characters for a superhero movie.  With the entire universe’s fate on the edge, you’re going to see all of Earth’s heroes brought together to fight Thanos.

You can expect the 6 Infinity Stones to show up together in some shape and form.  For those familiar with the comics, the Infinity War is based on a six-part comic series where Thanos embarks on his quest to collect all six infinity gems giving him entire power over the universe and winning him the love of the embodiment of death. Here’s a simple guide to the 6 Infinity Stones:

Seeing the entire MCU together is a delight!

Of course, all of the MCU comes together to fight Thanos and I have to say, seeing the Guardians of the Galaxy in the mix was especially fun and comedic.

Spider-Man Gets Spider-Sense and a New Suit

Fans of Spider-Man will notice that he gets a big upgrade for Infinity War. Along with this upgrade, Spider-Man will finally get to use his spider-sense. This is a big break for fans who weren’t sure he would get this power at all in the films.
There has also been the burning question fans have had…

Who will die in Avengers: Infinity War?

With 10 years in the MCU, it should probably come as no surprise that Infinity War is the end for some characters.   Leading up to this movie, rumors have been circulating about who will die in Avengers: Infinity War.   You will get the answer. Bring tissues.
With that said, these are 5 memes that I can say perfectly describe my first reaction to the film (in no particular order)… 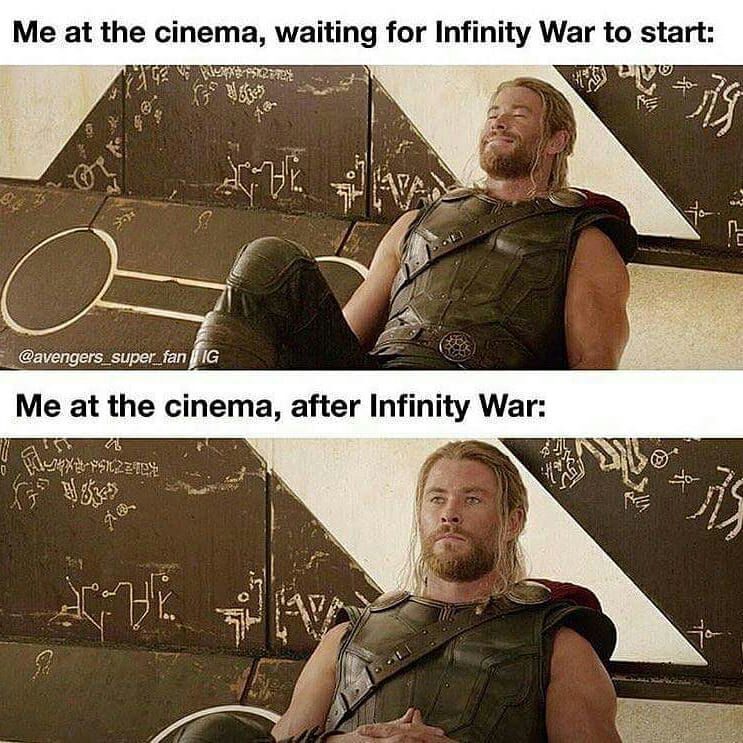 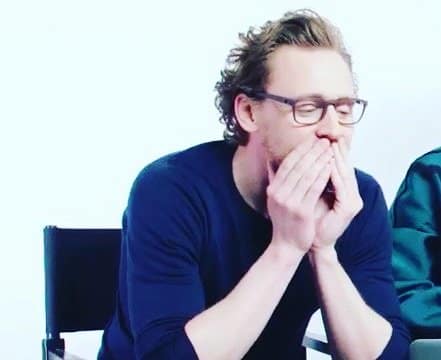 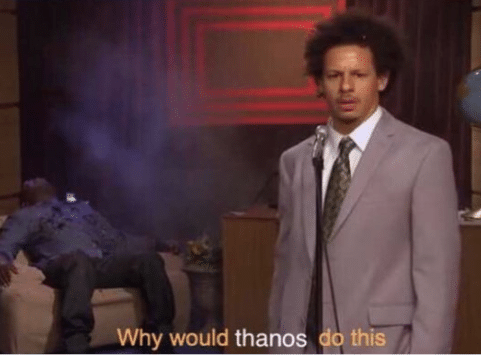 This is me still trying to understand what I just witnessed… 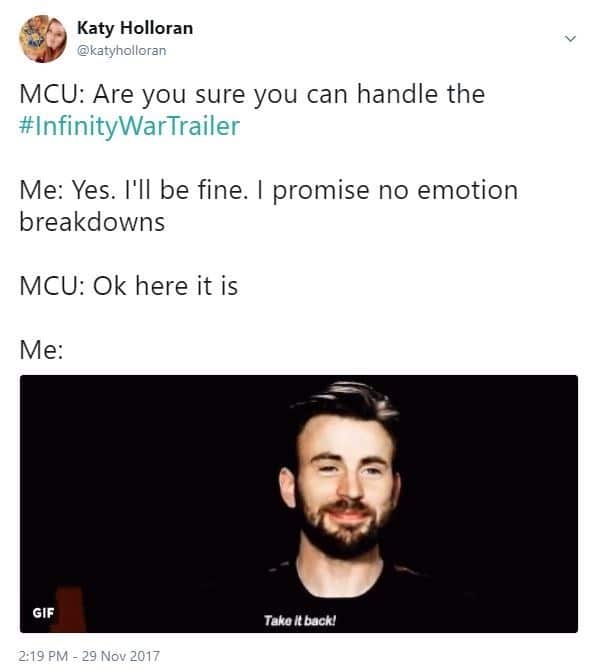 I didn’t see Katy at the theater, but I could’ve used a hug from her.
And finally…audience reactions. 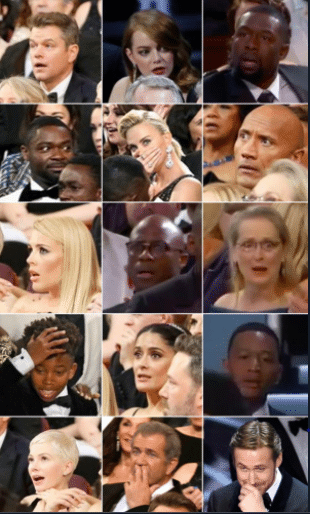 Not actual footage, but we were in the same theater as the Oscars 🙂

Do you have a favorite Avengers: Infinity War Meme?  Share links to those in the comments!

I'm going! Red Carpet Premiere of Marvel Studios’ AVENGERS: INFINITY WAR
ABC's The Toy Box is my new obsession! Here's Why...
Behind the scenes at the World Premiere of Black Panther
Meet the Characters In Moana, Plus Some Fun Facts!