I know we were interviewing Laurence Fishburne to talk about his latest role as Dr. Bill Foster in Ant-Man and the Wasp.  However, I have to share something with you guys. My first introduction to Laurence Fishburne (then, “Larry”) was in the movie Boys in the Hood, where he played possibly the most powerful roles that introduced the world to a different version of “black fatherhood.” I was much younger when that movie came out, but the amount of respect I’ve had for this man since nearly the beginning of his career was tremendous. 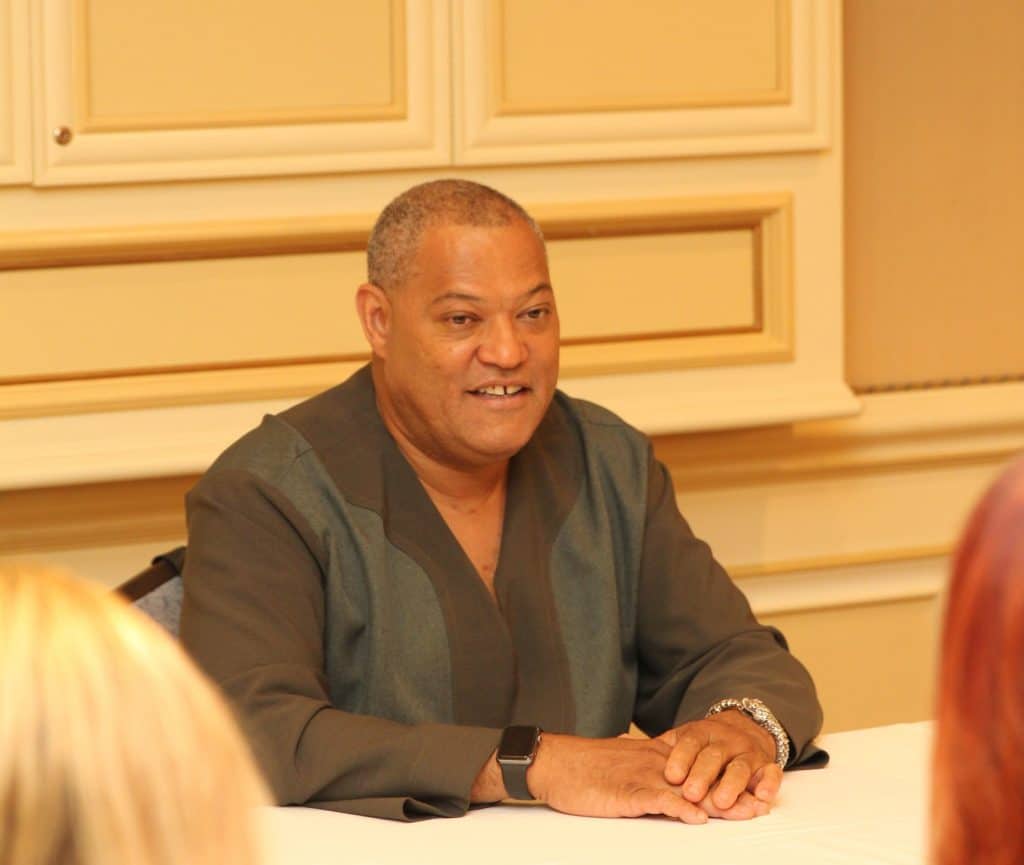 Of course since then, he’s continued to have a tremendous career in such blockbuster films as “The Matrix” as Morpheous (aka-red pill or blue pill) and making us laugh each week on ABCs Blackish. So, now meeting him during the Ant-Man and the Wasp event, I’d be lying if I told you I didn’t let out a slight gasp when he walked into the room.

The conversation was candid, real and very interesting! Here are just some highlights:

We’d seen the film already the night before and truly enjoyed his character Dr. Bill Foster in Ant-Man and the Wasp.  I won’t spoil it for you, but he’s a very complicated character in the movie and audiences will experience multiple emotions as they get to know him. True comic book fans will note that Bill Foster’s character was also Goliath in the comic books. Will we get to see a glimpse of Goliath?  Who knows?

While chatting with Laurence Fishburne, we learned that he’s been a comic book fan since childhood and although he wasn’t necessarily an Ant-Man comic book reader, he was familiar with the character Goliath and truly loves and appreciates being a part of the Marvel Cinematic Universe.

One thing I must point out that shocked me through the interview was when Laurence Fishburne shared how since his role in Apocolypse now, he’d mostly been offered roles as a thug, pimp, thief etc.  I mean, I get it, I really do – but not The Laurence Fishburne!

Anyway, I wondered what he thought about having the opportunity to again play a role in Ant-man and the Wasp that also changes the stereotype of roles African American men are often cast for. 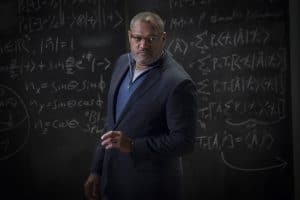 He notes how Marvel has had a great history of diversifying characters and bringing that diversity to the forefront.  We’ve seen that this year through the revolutionary film Black Panther and also in Ant-man and the Wasp as the introduction of the first female superhero in a Marvel title.

“Well it’s great because Marvel was being inclusive and they were really doing things that were diverse as early as ’68, you know.  Black Panther appears in the comics of ’68, Goliath appears in the ‘70s.  Sam, the Falcon, appears in the ‘70s.  Robbie appears in the ‘70s, and women are always out front in the Marvel Universe, and have been since the beginning.  So it’s nice that they’ve been able to like take the source material and bring it into the now.  To be a real reflection, or at least a closer reflection, to what the real world looks like.”

On playing a fatherly role in Ant-man and the Wasp

As I mentioned earlier, even dating back to over 20 years in his career, Laurence Fishburne has played a strong fatherly role in his films.  You’ll find that Ant-Man and the Wasp has an overwhelming theme of fathers and daughters – from the Scott Lang – Cassie dynamic, to Dr. Hank – Hope Van Dyne, and now you’ll see how Bill Foster’s role as somewhat of a surrogate parent plays out.  As you’ll see in the film an as Laurence Fishburne noted, it gives the Bill Foster character a more human element.

“Heroes, villains, whatever it is, as long as you can make them human then it’s fun.  You know, that’s like the objective as to whether it’s a hero or a villain you wanna humanize them and allow the audience to have the experience of [feeling as though] I don’t like what he’s doing or maybe I don’t like what she’s doing, but there’s something in them that reminds me of me.

Speaking of villians…Is there a superhero or villain character Laurence Fishburne feels is worthy of their own movie next?

Laurence actually had a few come to mind. Of course, he’s extremely excited about the gender change in Captain Marvel, but also named some obscure ones, including a character in Marvel Universe called Brother Voo Doo (who he notes was kinda freaky and weird and supernatural), and The Sandman.  I’d have to agree, that would be a cool thing to see….Along with ummmm GOLIATH!!!

Oh yeah…and you know we had to know…. 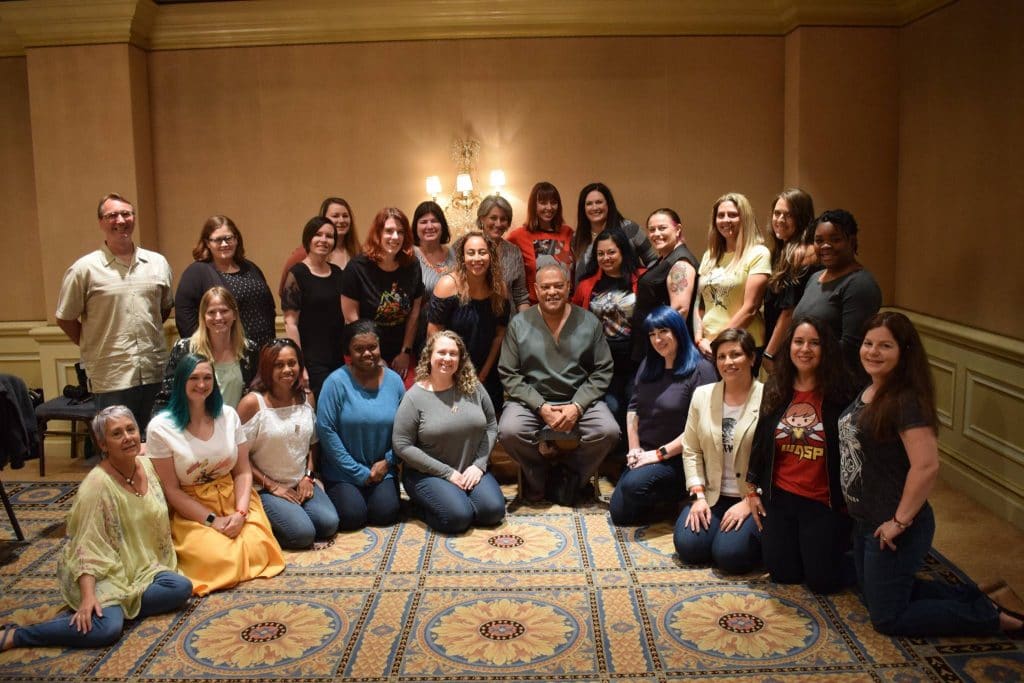 Why you must take your daughters to see Disney’s Queen of Katwe #QueenOfKatwe
Where to find all of your favorite Black Panther products and toys!
Watch the brand new teaser trailer for Disney’s #MOANA - Starring @TheRock & @AuliiCravalho
Meet the Characters in Disneynature's Born In China

« Evangeline Lilly on being the first female superhero in a Marvel title
Do you have a Family Emergency Plan? Simple Steps to Prepare for Natural Disasters »