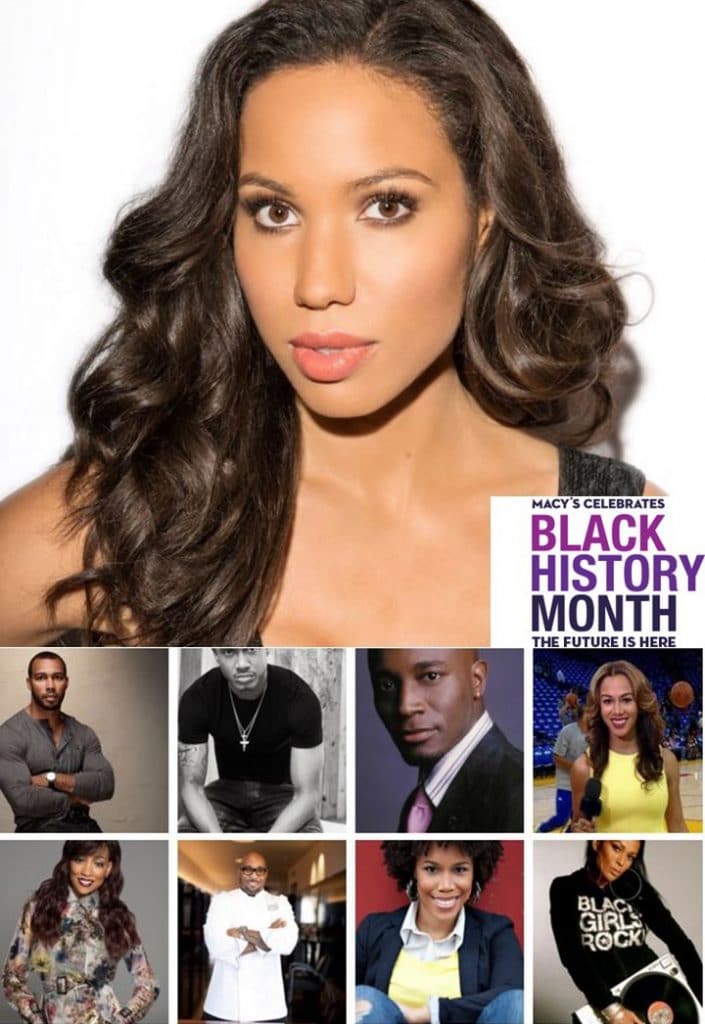 Happy Black History Month everyone! February is always an exciting month for me personally, since it’s both of my daughter’s birthday months and host to one of my favorite holidays – and now there are also some really exciting things going on this month at Macy’s!

First, I have to give big Kudos to Macy’s. In the past few years, they’ve been super diligent in celebrating cultural diversity through a variety of unique in-store events aimed at recognizing and honoring different cultures. I’ve been to a few of these, met a lot of cool celebs, and had a great time.

This month’s theme is, of course, Black History, and Macy’s will be celebrating various rising icons of African American culture, including the next wave of African American actors, artists and performers who are our generation’s cultural luminaries and taste makers!

I will be attending the Atlanta event Macy’s Lenox Square on February 12th at 7pm and I’m beyond excited!  While each location will have special guest appearances,  guess which rising icons are coming to Atlanta… 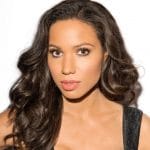 Jurnee Smollet-Bell: As an actress, Jurnee has won awards for her role in The Great Debaters and has starred in multiple TV and movie roles, including another favorite of mine, Eve’s Bayou.

On a side note – I’ve been such a fan of her talent for so many years! Who remembers this show called “On Our Own”  in the 90’s that starred the entire Smollet family? Plus…guess what other gorgeous Smollet turned Empire star was in it?

Anyway, I’m super excited to meet her and ask her about her new show, Underground, airing on WGN America this spring.[/ezcol_2third_end] 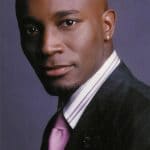 [/ezcol_1third] [ezcol_2third_end]Taye Diggs: Yes, you ready that right! TAYE DIGGS will be in Atlanta you guys! Of course, you know him through his impressive resume on both the big screen and the stage. He has appeared in plays such as Wicked and Rent, as well as movies like Chicago and How Stella Got Her Grove Back, and television shows such as Private Practice.

Now as a father, Diggs is a children’s author with his book, Chocolate Me, a book to inspire all children to love themselves.[/ezcol_2third_end] 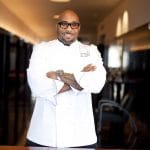 [/ezcol_1third] [ezcol_2third_end]Chef G. Garvin: A philanthropist, chef, TV personality, and author, G. Garvin has garnered an impressive career. As a chef, Garvin has earned a nominee for the James Beard Award and has written several cookbooks including Dining In and Make It Super Simple. For seven seasons, Garvin appeared on the show, Turn Up the Heat. Garvin opened an Atlanta restaurant, Low Country and founded the G. Garvin Foundation, which aims to introduce a career in culinary arts to young adults.[/ezcol_2third_end] 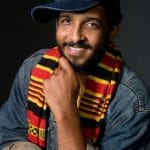 [/ezcol_1third] [ezcol_2third_end]Shane Evans: Shane Evans is an award winning artist and designer. Evans has illustrated several children’s books and has worked with numerous organizations to design their websites. Evans works to connect to all peoples, regardless of culture, background, or age and presents workshops built on this principle.[/ezcol_2third_end]

After the event, guests will have a chance to meet these panelists, snap a photo with them, and receive a signed copy of Taye’s new book, Chocolate Me with any $75 purchase during the event. RSVP for this event HERE.

Again, there will be a special guest appearance at each location. Here’s the full list of Macy’s Black History Events nationwide:

All of the information about Black History Month celebrations at Macy’s can be found at: macys.com/celebrate, so be sure to check it out and RSVP for this event!

Will you be attending any of the upcoming Macy’s Black History Month Celebrations? Which of these rising icons would you most love to meet?

I am a member of the Everywhere Society and Everywhere has provided me with compensation for this post. However, all thoughts and opinions expressed are my own.

The Cat in the Hat and a Future Puppeteer? @CtrPuppetryArts
Check me out at @11Alive Studios for the Digital Apprentice Finale #DigATL in the @OMGbooth
Backstage at Chick-fil-A! #HOBST
Georgia Aquarium for the Holidays - 2 New Exhibits to Explore

« 10 Romantic At-Home Date Night Ideas
How I got published on The Huffington Post 3 times in ONE week…after trying for a year! »