Have you seen Disney’s The Jungle Book yet? I, for one, was completely blown away by the special effects and cinematic quality of the film. My imagination wandered as I tried to envision the seemingly intricate process that went into the making of the Jungle Book. We got to sit down with Jungle Book Producer, Brigham Taylor and Visual Effect Supervisor Rob Legato to share with us an exclusive behind the scenes look at Disney’s The Jungle Book and some exclusive footage starting TODAY in the Digital HD release and on Blu-ray on August 30th. 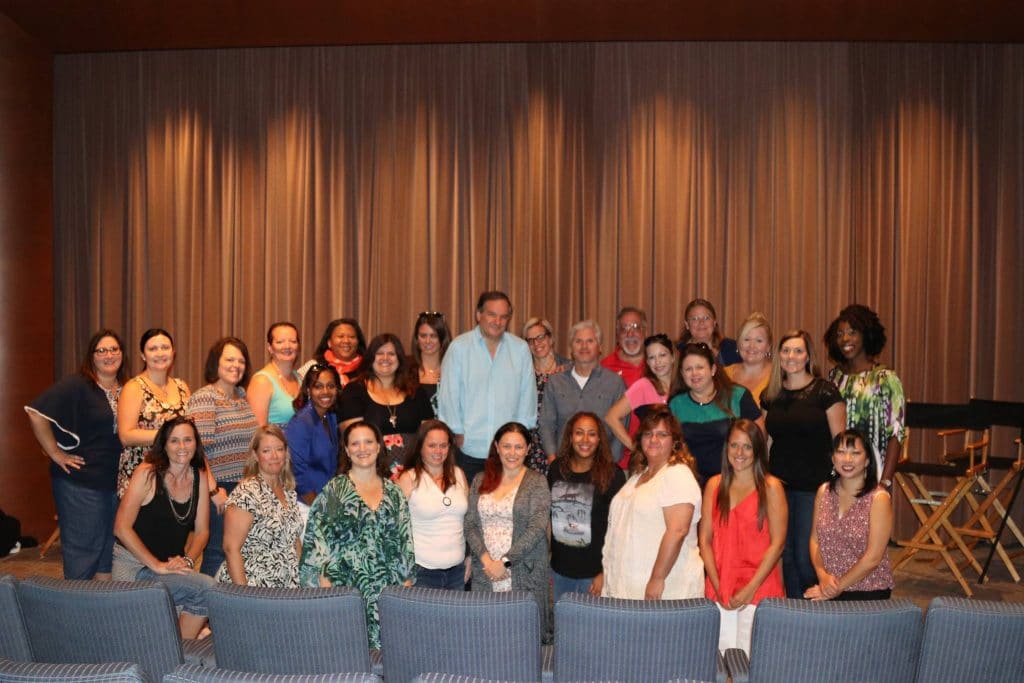 Here’s a look at what we discovered about the making of the Jungle Book:

How long did that whole process take from start to finish?

According to Brigham Taylor, the entire movie The Jungle Book involved 6-8 months of working on the story, a year of pre-production, and another year to finish the film. He notes that it wasn’t unique to see the better part of the year in post-production to finish all these shots, as is usually the case on other complex films such as “Pirates” or “Narnia.” The year was spent making all of the many specific decisions to get to the point of photography, so that by the time the main character was to be on stage, everything had to have already been worked out in terms of the scale of each creature, the scale of the jungle, etc.

Rob Legato adds that until now, it was a miracle to do a film with so many shots in 3-D, all computer generated. They had to build and make in-house mechanisms to do this movie, with the art department and the virtual art department involved in various tasks.

They had to know exactly what it was going to look and shares that when they’d see all the previews, they were actually seeing sort of a cartoon version. “But in our heads we’re not really seeing that. We’re seeing the finished piece. We’re seeing what the art direction is going to look like, seeing what the lighting is going to look like…the blue screen stage is really difficult to come up with ideas because there’s nothing there. It’s almost stupefying. So, you need to have in your head a very clear idea so you can actually direct the shot and even judge it if it’s working out.”

How many people were on the production team?

There different amounts of people at different times, but when fully staffed, there were about 1,000 to 2000 people total. This included all of the musicians as well.

50 years from now, what do you want people to remember most about this version of the film?

“I think in everyone’s mind, you have a backlog of every movie starting from “Casablanca” on that impressed you in some way or saw a thing, a sensation, and so you want to make a movie that uses all this technology that doesn’t remind you of CG oriented movies, or superhero movies. It reminds you of films that you loved when you were growing up.”
– Rob Legato

According to Rob Legato, it’s the same artifice of movie-making from the beginning. There were fake walls. There were fake sets, people wearing costumes, people wearing makeup. They are not saying their own words. They are saying words that are written for them but we divorced ourselves from all that when we get into the movie and so CG should be the same thing. So what he’d like for people to remember is that that’s what occurred…because it continually reminds you of live action shots you’ve seen and believe you must be watching a live action movie.

What were some of the team’s favorite parts of the movie?

For Rob Legato, his greatest thrill involved Idris Elba playing that character of Shere Khan – the melding of his voice, his performance, the character he was playing, the way it was animated, how it represented his emotion, etc., which through the cinematic photography of it all created a real character.
“That’s not a guy voicing a cartoon. That’s a real specific thing. And everybody else is great, but for some reason he just like clicked in one notch. He went to a level and made that.”

Brigham Taylor notes his favorite part of the process was the opportunity to sit in a room early on with a storyteller and just be involved in the conversation about what the film was going to be. Further, he found it most exhilarating to sit in the audience with his kids also responding to the movie- both having the glee of experiencing these characters that they are really engaged with, and also the wonderment of not being sure how it even happened.

“The takeaway is that people look back at both as a point of demarcation about saying that was a kind of landmark, cinematic moment for me but more importantly I had an emotional response to the movie.”
– Brigham Taylor

One of the biggest production effects in the making of The Jungle Book was the adding of puppetry. How did that add to the movie?

Rob Legato shared how part of the decision to use puppetry was due to the fact this was the main character Neel Sethi’s first film. The question then became, “How do you elicit a response from somebody and keep it fresh take after take after take?” Therefore, the brilliant idea was made by Jungle Book Producer Jon Favreau to add somebody that will capture his imagination with small little things (puppets), ad-lib a couple of things that were not in the movie, causing a reaction from Neel that would be viewed in the actual movie.

What was the most daunting scene and were there any difficulties with any particular scene you really had to work through?

Brigham Taylor, like most of us, shared that he had a difficult time saying goodbye to the mother. For him, this was because of both the interactivity and because of the level of performance. With this having been Neel’s first performance, he was tasked with such a heavy emotional scene from an acting standpoint, as well as one of the most demanding technical scenes. The challenge of creating the muddy stampede, to running the stuntmen back and forth, and the technical lighting posed a challenge for the crew. They had to discuss that scene for a year in terms of how they were going to accomplish it.

Rob Legato laughs and notes “There was no easy shot. Every shot was difficult.” We all laugh as well, as this was sort of what we figured. He does note a particular scene, the peace rock scene, where he recalls starting from a blank page and had to literally imagine every animal, effect and camera technique it would require.

It’s such an innovative film and you’ve really pushed the boundaries. Is there anything you weren’t able to do or had to compromise on that you wish you might have been able to?

Rob Legato admits that they did tame certain things down a bit due to the nature of the film and the deliberate intention to not overdo it and risk losing the attention of the audience.

Brigham adds that the only restrictions were self imposed. The team determined that they’d rather not do something if it couldn’t be done well, but other than that, there was nothing that they couldn’t do technically.
“We didn’t want the film to be too long. We were trying to be very strict about the duration, in terms of the overall experience but there was nothing to my recollection that we set out to do that we didn’t accomplish and that was really neat.”

In putting together the bonus content for the home release, which behind the scene tidbits were you most excited to share with the audiences?

Brigham shares how he just loves hearing about little inspirations and tidbits that you wouldn’t have necessarily understood. “It’s sprinkled throughout the pieces, like when Jon mentions how we were looking at the piece for Bambi and in terms of the inspiration for the first move and then there are six or seven of those moments. I like having digested in 30 minutes what took 2-2-1/2 years.”

Rob Legato shares that what he most needed to create the film was the idea of the homage to Disney was inspired to subtly create a film that makes you feel comfortable, like you’re watching an old Disney film. In that, he wants audiences to see the deliberate parallels between classically loved films like Snow White and this new version of the Jungle Book.

“We are standing on the shoulders of Walt Disney and his group of people who were trying to push the envelope creatively to give a more emotional experience.
It wasn’t just oh, that would be cool, cause that’s not good enough. That diminishes over time, just like it’s a flavor of the month and you forget about it. But it’s something that resonates. It’s something that lives for a long time and you kind of have some deep-rooted psychology to it.”

I have to admit, I had absolutely no idea of how much went into making an animated movie, but truly appreciated Rob Legato and Brigham Taylor taking the time to share this with us.

Again, you can see even more exclusive, behind the scenes footage on the making of the Jungle Book and so much more, starting TODAY on the digital HD release and/or on Blu-ray on 8/30. 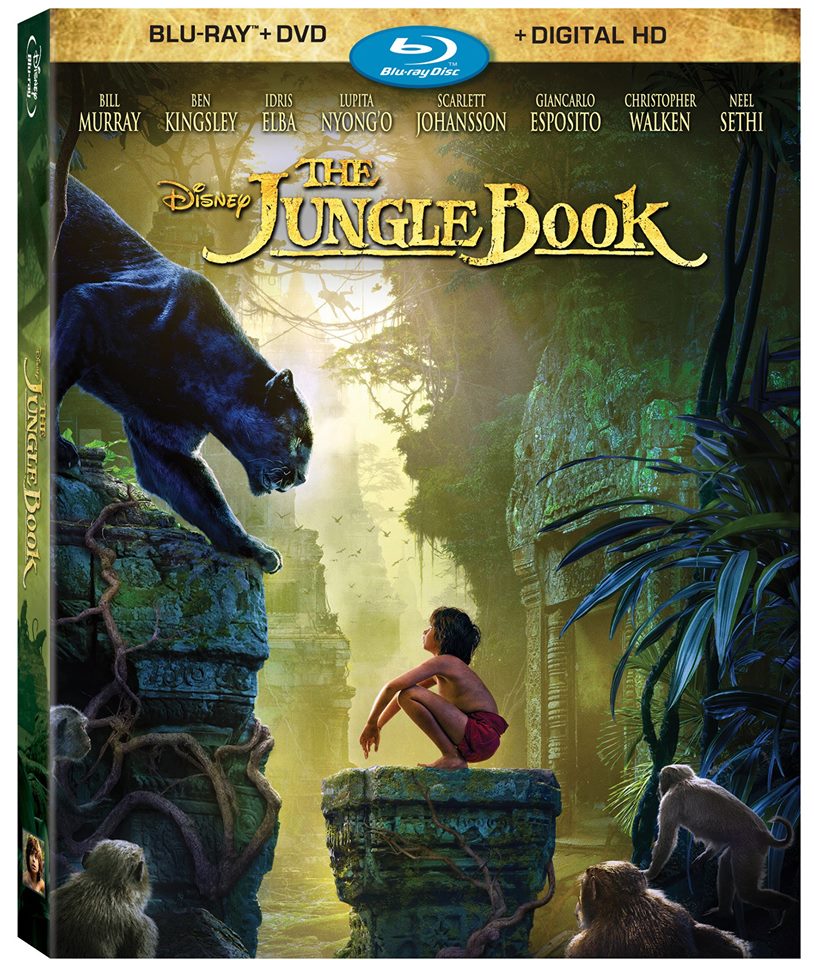 What about an all-female Superhero Movie? Kevin Feige Says YES at the Thor: Ragnarok Press Conferenc...
13 Cars 3 Fun Facts to Know Before You See It On BluRay... #Cars3BluRay
25 Best Female Marvel SUPERHEROES AND VILLAINS of All Time
Evangeline Lilly on being the first female superhero in a Marvel title

« Now Playing: Old MacDonald’s Farm at the Center For Puppetry Arts
3 Tips for Finding the Perfect Shoe Fit for Kids »