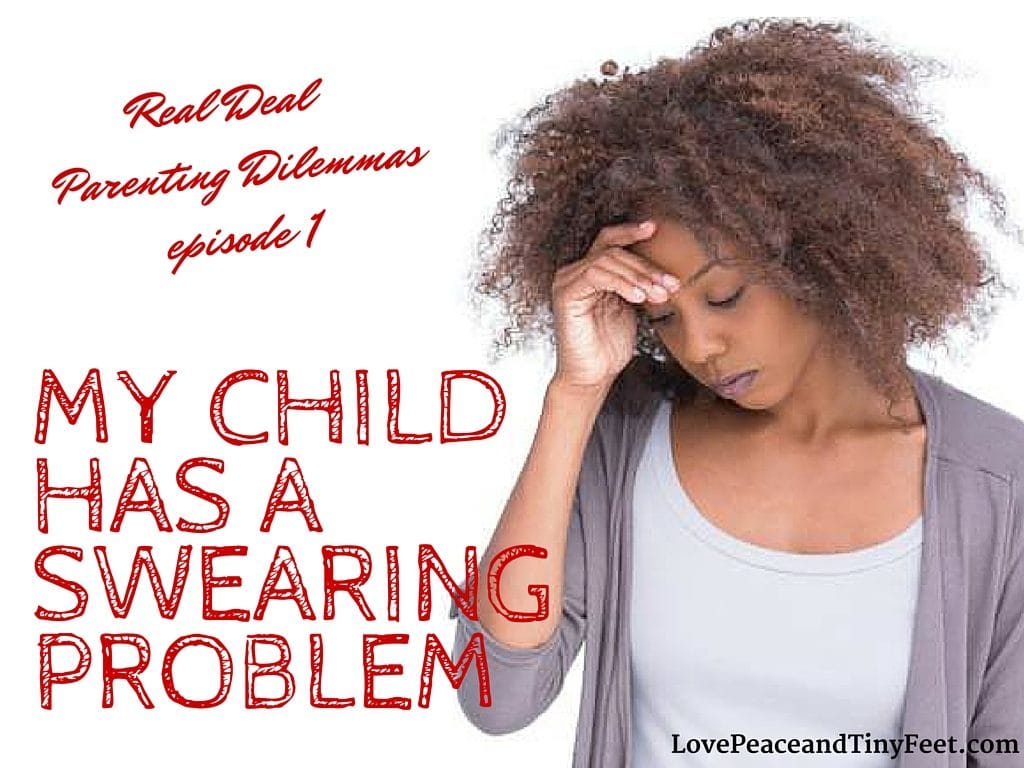 The following is a real deal dilemma shared by a parent whose child is experiencing a bit of a swearing problem. Readers, how would you advise her to handle it?

My 2 year old has been swearing a bit. It started with the F word. I would ignore it anytime she said it and that seemed to work. But yesterday she said “F*** you” about 4 times to me. Ignored it but that hasn’t been really working this time. I tried telling her “do not say that. It is not nice. You do not say that” not doing much either.

My 2 cents – It was the strangest thing, but my oldest was somehow always great with recognizing the words she was not supposed to repeat. We used to be terrified that she would just end up repeating them at the wrong time or even better, around our church friends or other mixed company, but she never did.

My youngest on the other hand, would have a field day with curse words upon first discovery.  “Sh*t, Sh*t, Sh*t, Sh*t, Sh*t, Sh*t, Sh*t, Sh*t… she chanted almost for an entire afternoon!  first discovered a few curse words (yeah, she probably overheard it from me and my potty mouth).  I kept trying to tell her to stop saying that word, but she was having way too much fun getting a rise out of me. It finally dawned on me that she only knew they were bad words because of my reaction after accidentally letting one slip, not because she knew what the word meant.  So…I played a little game and started saying non-curse words (words that she doesn’t hear often), then reacting all nervous as if I’d said a bad word.  Wouldn’t you know it, she started gleefully repeating those words and I got a kick out of  it all!

How would you advise another parent to handle a child with a swearing problem? What are some Real Deal Dilemmas you’ve been experiencing? Share those below!

5 Ways To Tell If You’re Ready for Spring #FieldsOfFun
Hide and Go Seek with the One Touch Cabana by Pacific Play Tents
Online Parenting Tips to Avoid at All Costs
Holidays in Myrtle Beach | 10 Must See Holiday Attractions For The Whole Family - Plus Giveaway!