As you know, during my recent adventure with the Disney Social Media Moms Celebration, we had the opportunity to spend some time at both Disney World and the Disney Dream Cruise.  I have to say, it’s hard to imagine any experience that could be as great as Disney World, but let me tell you…there are Disney Parks around the world that promise to give you just the same magical experience you’d expect from Disney.  My first experience at DisneyLand taught me that!

What was really cool to hear during Disney SMMC was all of the cool new attractions coming to Disney Parks worldwide.  I’m sure you’ve heard the buzz over a little thing called Toy Story Land coming to Disney World this year and not to mention the Marvel collaboration bringing our favorite superheroes to Disney Parks, as well as Marvel Day at Sea!  I’ was really excited to hear about these new attractions coming to Disneyland Paris, Hong Kong Disneyland, Shanghai and Tokyo Disneyland Resorts – in the event that I’ll someday have the opportunity to visit these {putting it into the universe!}. 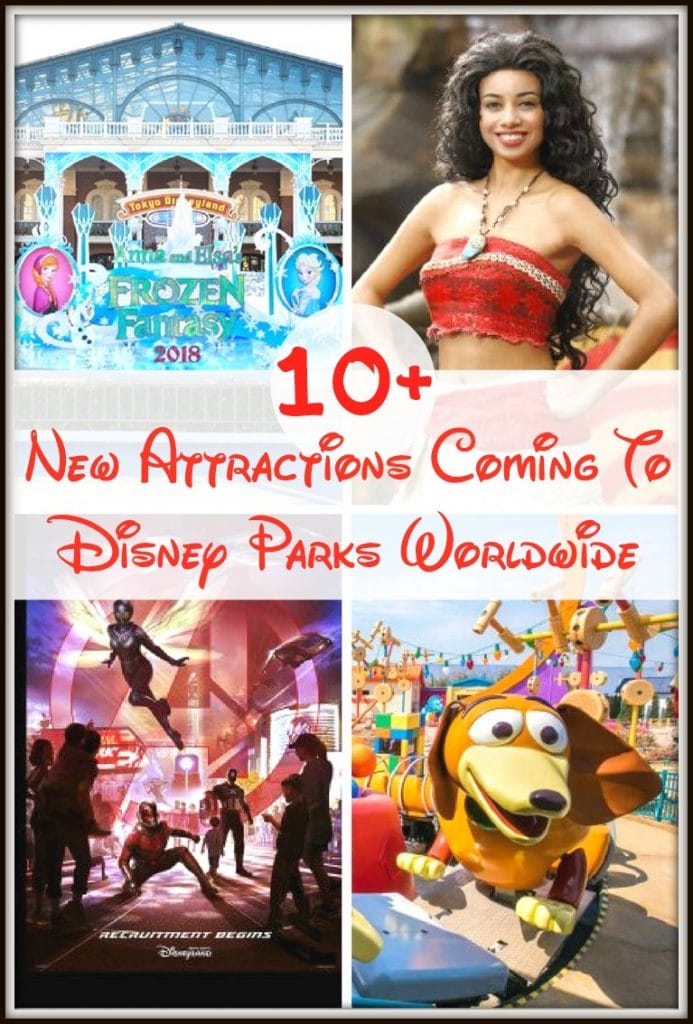 June 10, 2018:  Disneyland Paris is opening their live action show Marvel: Super Hero United. This is replacing their current live show. Also during the month of June, Paris will be hosting a 90’s throwback event called Disney Fandaze with a Goofy Movie themed nighttime Spectacular, rare meet and greets and a DuckTales themed parade.

Additionally, Disneyland Paris is going to be one of the parks, along with Disneyland and Hong Kong Disneyland that will be home to the new Super hero themed parks! Below is a sneak peek:

Best of all, it was announced this year (2018) that the 2021 plan for Disneyland Paris includes a Frozen themed area and Star Wars: Galaxy’s Edge development. There are also plans that show the backlot taking on a Marvel themed land to accompany the Rock n’ Roller Coaster. The Rock n’ Roll Coaster is set to become a marvel themed coaster as soon as 2019.

Hotel New York is a Superhero themed hotel that is currently in the works to open in 2020. To spark excitement about the opening of the hotel, superheros will soon start making character appearances at Disneyland Paris.

In addition to the new Marvel-themed attraction mentioned above, Hong Kong Disneyland just started a multi-year new development plan that is to run through 2023. Visitors can expect to see the kick off of this plan in May 2018 starting with “Moana: A Homecoming Celebration” a live show in Adventureland. They have also started construction on the Castle. With this construction they will be adding a nighttime spectacular and a daytime show. 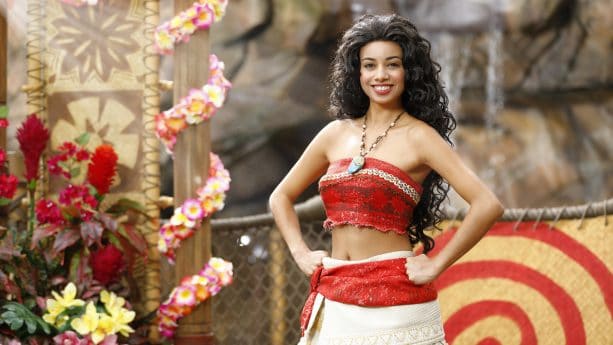 As of right now, the Moana exhibit is the only one scheduled to open in 2018 and all of the rest will follow in the coming years.

Tokyo Disney Resort is celebrating its 35th year of operation this year. As part of their celebration (which will continue all of 2018 and into 2019) they have added a Daytime Parade for the first time in five years. This year (2018) ‘It’s a Small World’ will reopen as well. 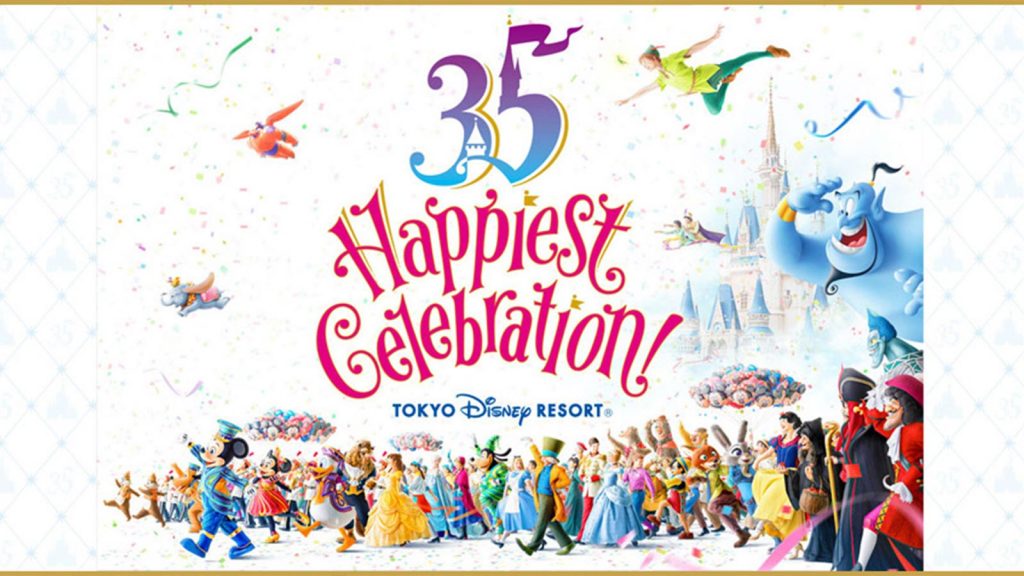 They will start construction on their new Beauty and the Beast area which is scheduled to open in 2020. Another part of their construction will also add on a Big Hero 6 area.

There are so many new things coming to all of the Disney locations in the upcoming years! If any of these Disney destinations are near your next vacation area be sure to take some time and check them out as well.

Traveling to Disney World soon? Be sure to check out these 8 things to do before your next Disney trip for a one of a kind experience! 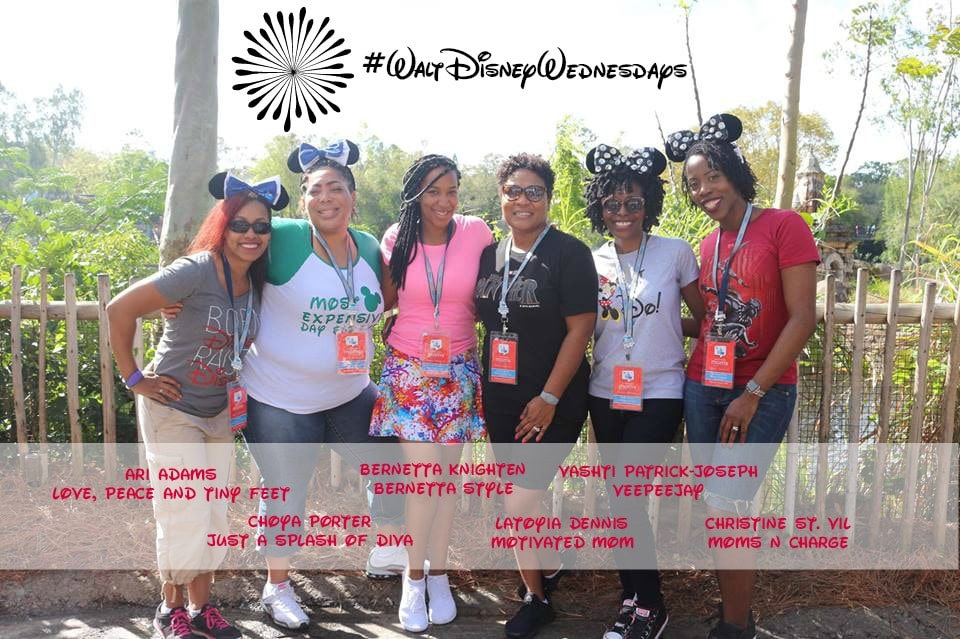 And don’t forget, I’ve teamed up with some other amazing bloggers who joined me at Disney Social Media Moms Celebration to give you even more tips on all of the new attractions coming to Disney Parks!  Be sure to check these out and follow #WaltDisneyWednesdays!

7 New and Exciting Spots to Visit at Disney Springs
5 Best Disney World Resorts for Families
The Best Local Getaways in the Southeast!
10 things you need to know about visiting Disney World during the Covid-19 Pandemic