If it’s on the internet it must be true, right? I’m not going to lie, I’ve sought quite a bit of parenting advice from the internet over the years.  Sometimes for something pretty simple like, “at what age do you start solid foods” to some more complex topics that many people have an opinion on.  Some things I’ve found some value in, while some of these online parenting tips had me thinking What in the world? 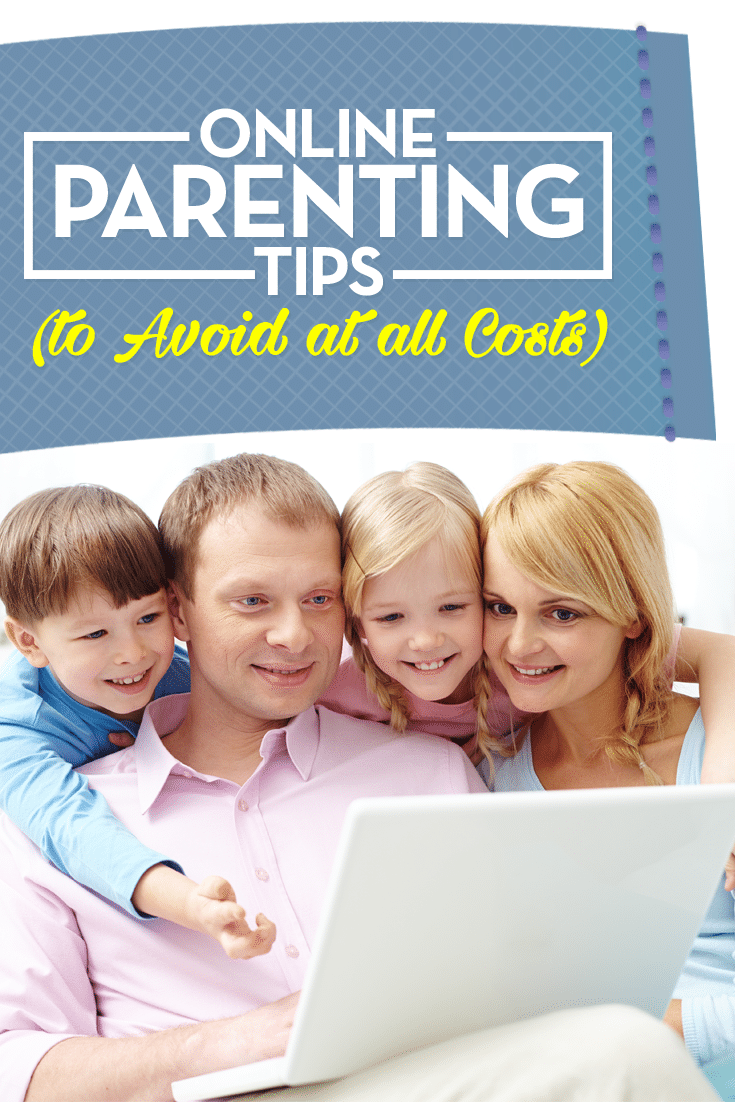 The point is that parenting is hard and many frazzled parents turn to the Internet for tips and advice. While this can be a good thing, there are also many online parenting tips {I think} you should avoid at all costs. Here are just a few of them.

Every kid is a winner

Ok, you all know how I feel about this as I’ve blatantly stated several times that I despise the “Every kid gets a trophy” rule.  Yes, be proud of your child for trying, but do not fool them into believing that just showing is all it takes to succeed in this world.  They are allowed, in fact entitled to lose sometimes so they can learn what it takes to actually win.

Allowing Your Baby Sleep with You is Safe

True, babies have been sleeping with their parents for decades or longer. Yes, many parents are comforted by the fact that they’ll be near their child in case of an emergency. OK, I could not get my kids out of my bed and they still try to sneak in (when they’re not on the stairs, haha).

However, this practice is not safe. Worse yet, it can be deadly.

There have been cases of a parent rolling over on his or her child, which unfortunately ended in suffocation. Not only that, suffocation can occur because of pillows, soft mattresses or even loose headboards. It’s just not worth taking the chance!

Let’s face it, no parent wants to be the “bad guy.” For that reason alone, scores of misbehaving kids don’t get punished. However, this is one of those online parenting tips that irk me.  Children of all ages need to understand that adverse actions come with consequences attached.

We’re not talking corporal punishment here. Sometimes, dependent on the situation, the only punishment necessary is revoking computer privileges or grounding your child for a day or two. Yes, they will hate you and think you are the worst parent in the world, but kids need to know that there are consequences for their actions.

Use Whiskey As a Teething Remedy

Although your ancestors probably used whiskey as a teething remedy (totally something my mom has suggested), it’s definitely not a good idea.  Did you know that as little as one teaspoon of whiskey can be poisonous to your infant? This amount also has the potential to cause seizures or respiratory failure. A frozen teething toy is a safe alternative.

This is just one of those things where just because you turned out ok doesn’t mean it’s good.

TV is a Suitable Babysitter

Yes, there are scads of educational shows on TV and cable is less expensive than childcare. Those are the facts. But, that doesn’t mean your television is a suitable babysitter. Limited television time is great, allowing children to watch it for hours on end is not.  I’ll admit, I hit a point where my kids were watching way too much tv.  I mean, the TV was on from the time they got home til the time they went to bed and I thought it would kill them for me to limit their screen time, but it didn’t. Yes, they are a lot more active and pretty messy with the other creative things they decide to do instead, but hey.

If you truly need a babysitter and can’t afford the costs, check into possibilities such as after school programs or programs provided by your local YMCA or similar organization. Churches sometimes provide after school activities as well.

What are some online parenting tips that you disagree with?