For the past few days, my girlfriend and I have been on the hunt for Halloween costume ideas for our daughters.  We’ve gone from Disney Princesses to Dora and the challenge is always just to find the perfect mix of creativity and affordability in a costume.  Finally, I get the following text: 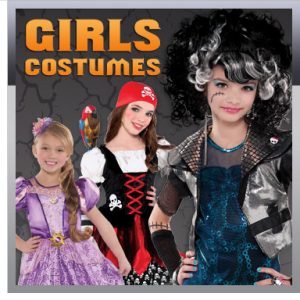 “With no energy to have a boy vs girl debate, she will be Sponge Bob this year…and couldn’t be happier.”
I mentioned that to Leila and her response was, “Nooo, she can’t!  That’s a boy!”  Now, while my daughter has become pretty aware of the “Boys have a penis, girls have a vagina” bit, I felt a little torn over her opposition to a girl wearing a boy’s costume.  First of all, it’s SpongeBob – hardly the symbol of manliness or machismo. So what’s the big deal?  What’s more is that I don’t necessarily want her to feel such separation between the sexes this early in life.

Now, as I say that, I have to revert back to last year’s Halloween. I met a woman who was beyond ecstatic sharing her pride in a Halloween costume she was able to help her 7 year old son craft – Lady Gaga.  Wig, skirt, stockings, you name it!  My first thought after seeing it was, “How nice that she is so accepting of her trans-gendered son,” when, in all fairness, the kid was only 7 and I probably shouldn’t have tried to assume his sexuality based on the costume he chose.  It may very well have been that he truly enjoyed the pop icon.  However, others around me responded quite differently though, thinking that mother should have imposed more of a boundary for her young son.

Now with that said, what do you think is “acceptable” when it comes to dressing your child up as another gender?  Girl Elmo’s?  Boy witches? What’s considered going too far? Please be respectful in your comments!

The "White Doll" and the "Black Doll"
Walmart Foundation’s grants to help fight hunger
Should you actually teach your kids to break the rules - Yes or no?
A Safer Night’s Sleep with Brentwood Home, plus Giveaway!

« Our first family beach trip to the OBX (Outer Banks, NC)!
Follow up Review on the Baby Plus Prenatal Education System »