In the past few years, my family has ventured toward a new business – Palm Oil. What many people do not know about my family is that we’ve owned a rubber for generations now, but the tragedy brought about by the Liberian Civil War and a slowed down economy has unfortunately caused my family to explore other crops.  (ps. I can also tell you how to tap a rubber tree, if the need ever arises for you. 🙂

Anyway, since I had the chance to visit our farm in Liberia a few years ago, I’ve been learning more and more about palm oil and its various uses.  We’ve used it for cooking many Liberian dishes for years, but in addition to being one of the healthiest cooking oils, palm oil has many different uses many people don’t realize. 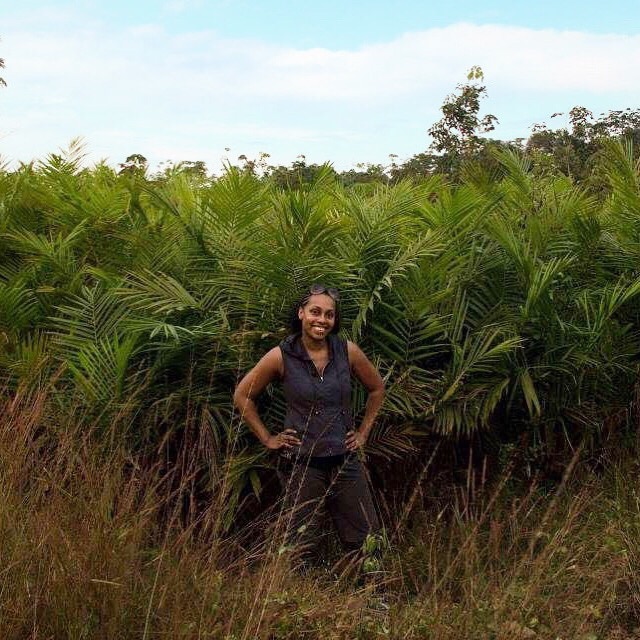 What is Palm Oil?

Palm oil is a type of oil gotten from the palm fruit, which is harvested from the oil palm tree. The trees have a western African origin. However, they can grow in a lot of places, which is why today, oil palms are grown in Asia, South America, and North America as well. Actually, about 80% of the palm oil in the world comes from Malaysia and Indonesia. See the full explanation of Palm Oil HERE.

In its natural state, palm oil has a reddish-orange color, and it is called red palm oil or crude palm oil. The reddish color in this oil is caused by the high concentration of carotenes such as lycopene and beta-carotene. These are the same compounds that give tomatoes and carrots their color. That is also why red palm oil is a good source of vitamin A. However the beta-carotene in the oil is most useful as an antioxidant. The presence of high levels of tocotrienols in the oil also boosts the palm oil’s antioxidant properties. This compound also makes the palm oil a rich source of vitamin E.

White palm oil is a highly processed palm oil variant. Naturally, palm oil has a reddish color, but after processing, it loses its color and becomes white palm oil. However, despite the high level of processing used to create this oil, it is still preferable to trans fats-rich alternatives that many people use to prepare their meals. At times, white palm oil bears the name RBD oil, where the initials RBD stand for refined, bleached, and deodorized. The process of turning natural palm oil into white oil obviously results in the oil losing some of its nutrients. But at the same time, this process makes the oil more suitable for some uses. 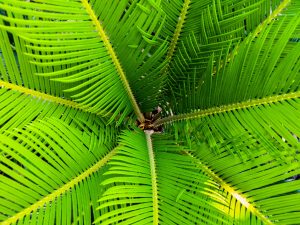 Red palm oil has also been known to have notable cosmetic benefits as it improves both skin and hair health. When used on the hair, the oil removes impurities and conditions the hair while also helping to restore its natural oils. The great amount of tocotrienol in the oil has also been shown to improve hair growth.

The oil has been linked to improved appearance and the removal of acne scars. It is also added to many skin care products because it has skin moisturizing properties. These include soaps, shampoos, and even conditioners. The oil has also been shown to help with atopic dermatitis.

Red palm oil has a number of other uses. For instance, virgin red palm oil is great for cooking because it offers excellent heat stability. The red palm oil is also used in the manufacture of many foods such as cereals, protein bars, and baked goods.

As a Nutritional Supplement

Cooking and the Food Industry

The fact that the oil is solid at room temperature makes it an especially good alternative to hydrogenated fats. In fact, the oil is also commonly known as palm shortening. When the oil is processed, it does not contain any cholesterol. Rather, it acts like hydrogenated oil, but but without the trans fats that make other fats less ideal for cooking.

Despite the many benefits of palm oil shared, there is still the question of whether or not palm oil is actually healthy.  The main downside to white palm oil is that it does not have the the powerful compounds that make raw palm oil so healthy, despite having properties that make it more suitable for cooking. Also, despite having high amounts of saturated fats, which have wholesomely been labeled as very bad for cardiovascular health, palm oil has actually been shown to have positive effects on the heart.

Alternative Uses for Olive Oil Besides Cooking
How To Balance Your Hormones Using Seed Cycling {Guest Post}
11 daily habits for your mind, body and spirit
The one important thing you’re probably missing from your fitness plan #ThinkAboutYourEyes

« Is Your Home Making You Sick? | How indoor air quality can affect your health
HealthPlan USA | Quality, Affordable Health Care For Entrepreneurs Like Me »