My first impression after meeting Paul Rudd is that he’s extremely charismatic, funny, easy on the eyes, and happens to like the many hair colors you’ll find in our group of Disney mom bloggers.  He seemed genuinely excited to return as Ant-Man in the upcoming Ant-Man and the Wasp and enamored by his costars; who include Michael Douglas, Michelle Pfeiffer, Evangeline Lilly, Laurence Fishburne, and Hannah John-Kamen – many of whom, we had a chance to interview that day as well.  While Paul gave us a few great titbits of info regarding his process the second time around, when he shared who the “Real Cassie” was in his life, our hearts melted! 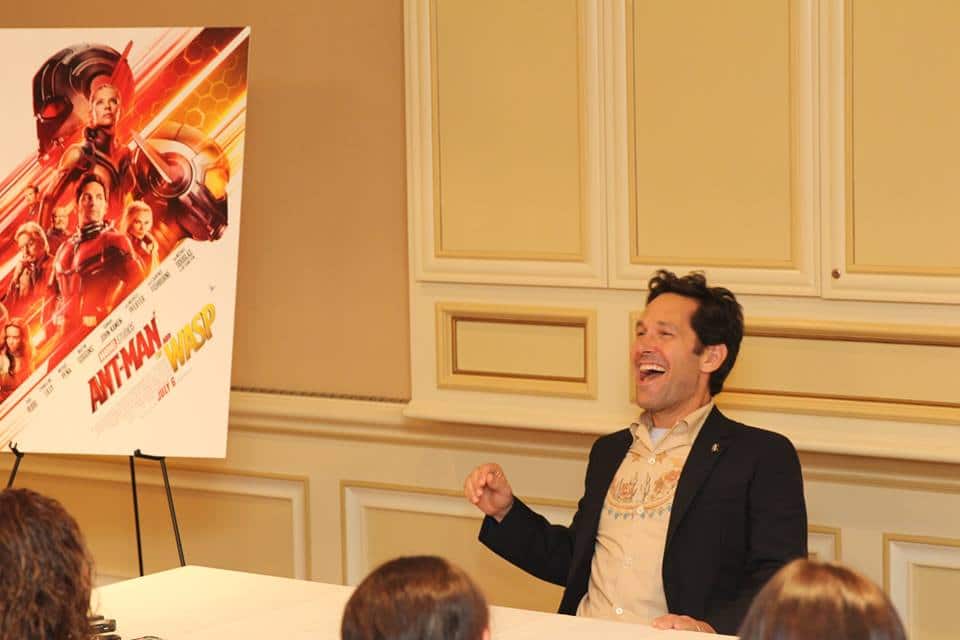 One of the many reasons we love Ant-man movies is the fact that it’s the one Marvel film that truly requires zero hesitation as far as whether or not you can take the kids to the theaters to see it. Ant-man and the Wasp is that wholesome, feel good, family-friendly movie that combines the excitement of Marvel superhero movies with warm-hearted comedy and fun.

In Ant-man and the Wasp, in particular, you see multiple recurring family themes that are particularly relevant to many of us – blended families, father-daughter dynamics (even some complicated ones), the sacrifice between duty and family, and so on. Sure, not all dads are reformed criminals turned superhero, but you know what I’m getting at.

Well, one of the scenes in Ant-Man and the Wasp that particularly touched our hearts was a moment when Scott Lang (aka Ant-man) is sharing a moment with Abby Ryder Fortson, who plays his daughter in the movie.  There’ s a part in the movie where she shares her desire to someday become his partner and help her dad out. Now, I should add that there are some beautiful moments in the film where that daddy-daughter love is so strong and you’ll see how strongly she looks after and protects her dad in some sticky situations.  This is not a spoiler, but I will say that in the comics Cassie does fight with the Avengers at some point so it’s not completely out of the realm of possibilities…but I digress.

Anyway, we asked Paul Rudd about his own family and daughter. Particularly, what her reactions are to seeing him play a fatherly role to Abby in Ant-Man and the Wasp.  His response…all the feels!

As far as my character doing a scene with a girl playing my daughter, it’s not far off.  My daughter is a little bit younger, but not much.  And those kinds of scenes are accessible to me because I’ve been in them.  I know what that’s like.  It’s one of my favorite things because I share that with my own daughter.  And she loves it.  At first when she was very young, I used to think, Is it going to be weird when my daughter is old enough and she sees this movie? That she’s going to see me playing dad to a little girl? And instead it’s the opposite.  I think she really loves it, because I tell her, you know, you’re the real Cassie.  And I do little things in the movie that are little things for her. 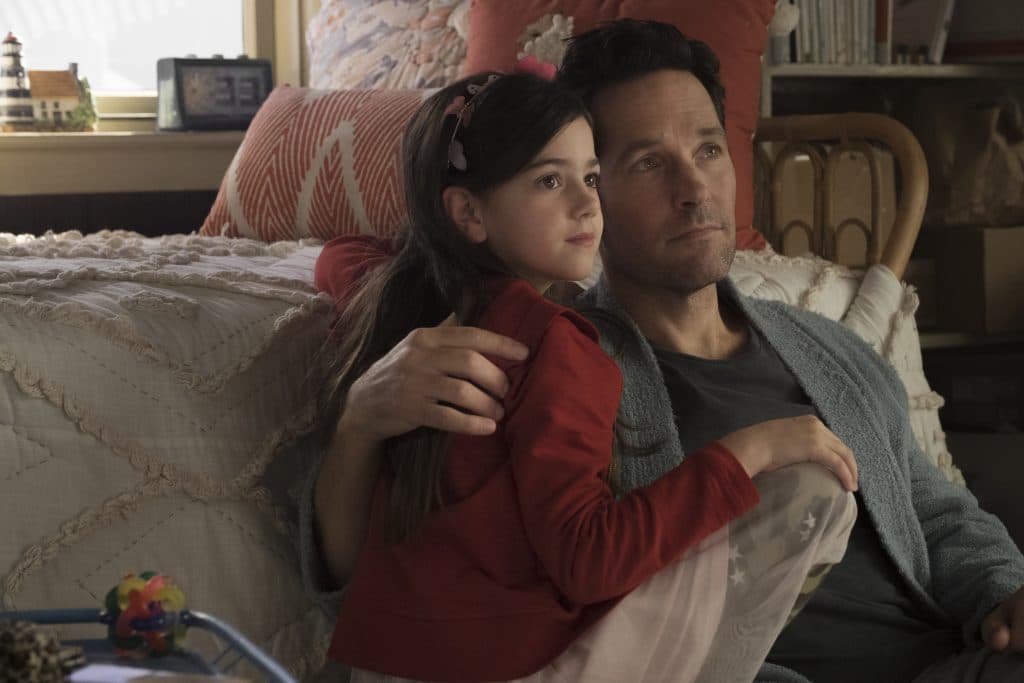 All of that totally melted our hearts and the next time I saw the film, it was all I could think of! When you see the film for yourself, you’ll know what I mean when I say the daddy-daughter dynamic was among the most touching and genuine moments in Ant-Man and the Wasp and we know it’s all for the real Cassie in Paul Rudd’s life.  What a lucky little girl!

Check out my full review of Ant-Man and the Wasp. 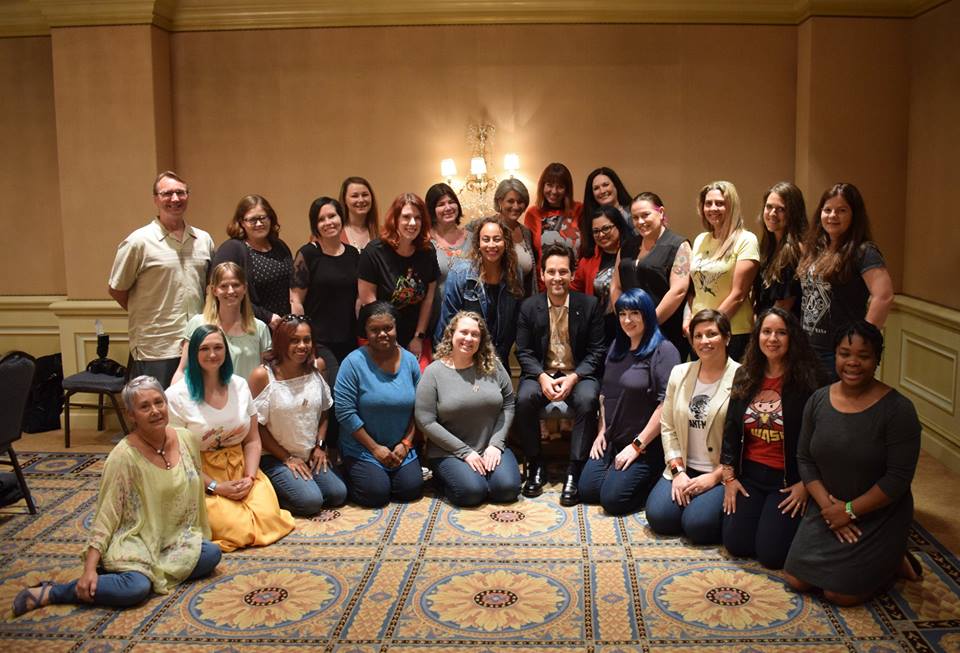