My kids have probably watched the original Wreck it Ralph movie probably a hundred times on dozens of road trips. The hilarious animated comedy about our favorite video-game bad guy Ralph (voice of John C. Reilly) and unlikely best friend Vanellope von Schweetz (voice of Sarah Silverman) had the biggest opening weekend for a Disney Film back in 2102 and was well deserving of a sequel.   Fortunately for us, the wait is finally over!

I had a chance to attend the Ralph Breaks the Internet Red Carpet Premiere a few weeks ago and view the film for the first time with the cast and crew. Viewing from the lens of an adult… a Disney Princess lover, Blogger and internet fiend, I loved it more than words.  It was possibly the coolest, most intense visual representation of my childhood and adulthood all wrapped into one!

About Ralph Breaks The Internet

In Ralph Breaks the Internet, Wreck it Ralph and Vanellope leave the comforts of Litwak’s arcade in an attempt to save her game. Their quest takes them to the vast and overwhelming world of the internet and all of its excitement and glory –  from the magical search engine to online gaming, Ebay and the wonderful world of online videos.  It’s a world Vanellope wholeheartedly embraces.  It also brings about the not so glorious side of the internet, i.e. popup ads, viruses, and of course, the important reminders to never read the comments! Ralph doesn’t quite embrace the internet quite as much as Vanellope and ultimately fears he may lose the only friend he’s ever had.

As I’m sure you’ve heard all about, the Disney Princesses all come together for this film and you get to see them all as you’ve never seen them before! 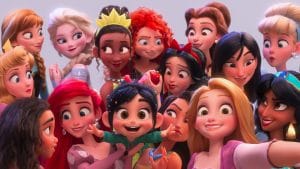 If you remember in the original Wreck it Ralph, Vanellope declares that she is not a princess, but rather prefers to be called President Vanellope Von Schweetz.  Well, in a fun twist of fate, Vanellope finds she is more of a princess than she thought in Ralph Breaks the Internet! You know, the bold, fearless, amazing type!

One of the most memorable character additions to Ralph Breaks the Internet is the character Yesss, played by Taraji P. Henson.  Yesss is the head algorithm of a trend-making website called BuzzzTube (also known as every influencers fictitious best friend).  She’s the hip and edgy trendsetter who helps Ralph and Vanellope get out of some financial trouble.  She’s also one of the most fashionable characters we’ve seen in the Wreck it Ralph franchise and brings about a fun flair and confidence to the film.

The kids absolutely fell in love with Yesss in the film and their Fashion Yesss doll is getting plenty of play time. 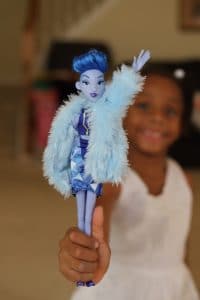 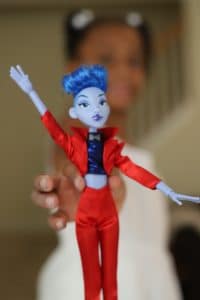 A Very Special Cameo Appearance in Ralph Breaks The Internet

So, this is not meant to be a spoiler or anything, but Marvel fans will get an extra special treat seeing the always treasured Stan Lee cameo in Ralph Breaks The Internet.  Pay close attention during the Oh My Disney scenes. Now, more than ever, that brief moment will bring such a smile to your face.

Speaking of Marvel…Post Credit Scenes in Ralph Breaks The Internet

Yes, you’ll have to stay through the post credit scenes during Ralph Breaks the Internet.  Funny enough, right after the movie ended, my daughter said to me, “Mommy, they didn’t show that {———} scene that we saw in the previews.”  They’ll get to see that scene during the first of 2 post credit scenes.

Is Ralph Breaks the Internet Appropriate for All Ages?

Yes.  Just like the original Wreck it Ralph, audiences of all ages can enjoy Ralph Breaks the Internet. There were periods in the movie I thought I enjoyed even more because, of course, as an adult, I caught on to a few more little jokes and subtleties than my kids did.  However, it is all totally age appropriate for kids.  There was one particular scene toward the end of the movie (my daughter referred to as the “Big Giant Ralph) that might be a little too gross and scary for kids (and adults).  My 6 y/o wasn’t bothered by it at all, but my 9 y/o wasn’t such a fan.  It’s nothing too terrifying though and she’d still be fine seeing it again.

In all, the themes, language, visual effects and story line are all perfectly appropriate for all ages. 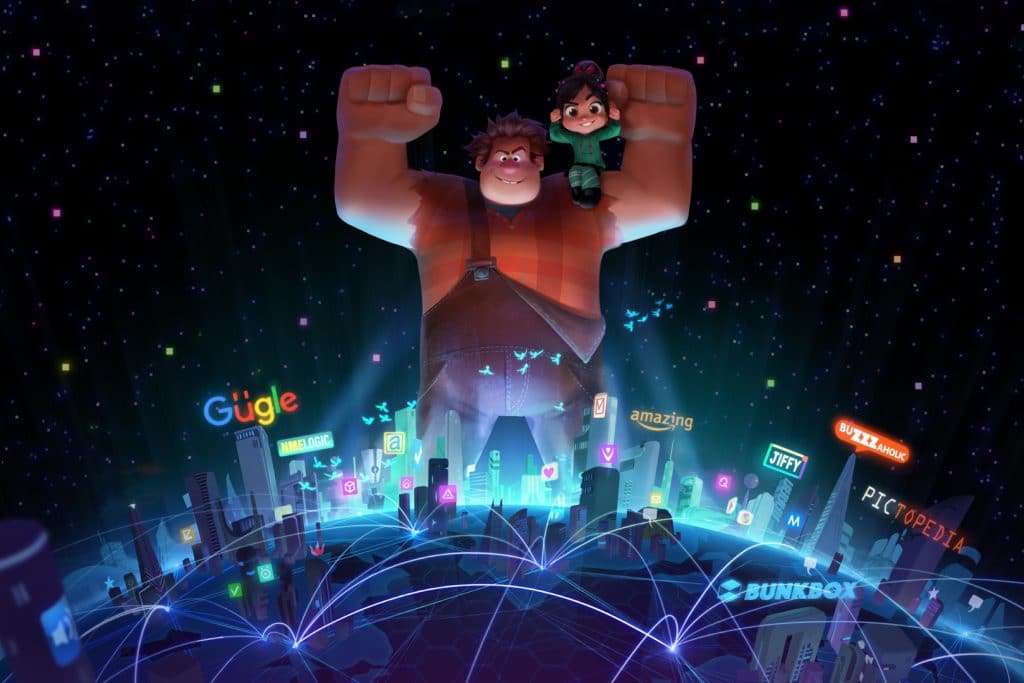 So is Ralph Breaks The Internet the Wreck It Ralph Sequel we’ve been waiting for?  See how audiences have responded…

Ralph Breaks The Internet is in theaters now!

The Real Magic of Disney's Pete's Dragon
ABC's The Toy Box is my new obsession! Here's Why...
Enter to Win a Despicable Me 3 DVD Combo Pack! #DespicableMe3
Will Rachel House be Taika Waititi's Good Luck Charm in Thor: Ragnarok? Audiences will decide! #Tho...