Have you been watching the new ABC comedy Single Parents?! It’s such a heartwarming and fun comedy centered around the lives of 5 single moms and dads who have formed their own little, but strong parenting “village,” sharing their journey as they lean on each other to help raise their 7-year-old kids and maintain some kind of personal lives outside of parenthood. 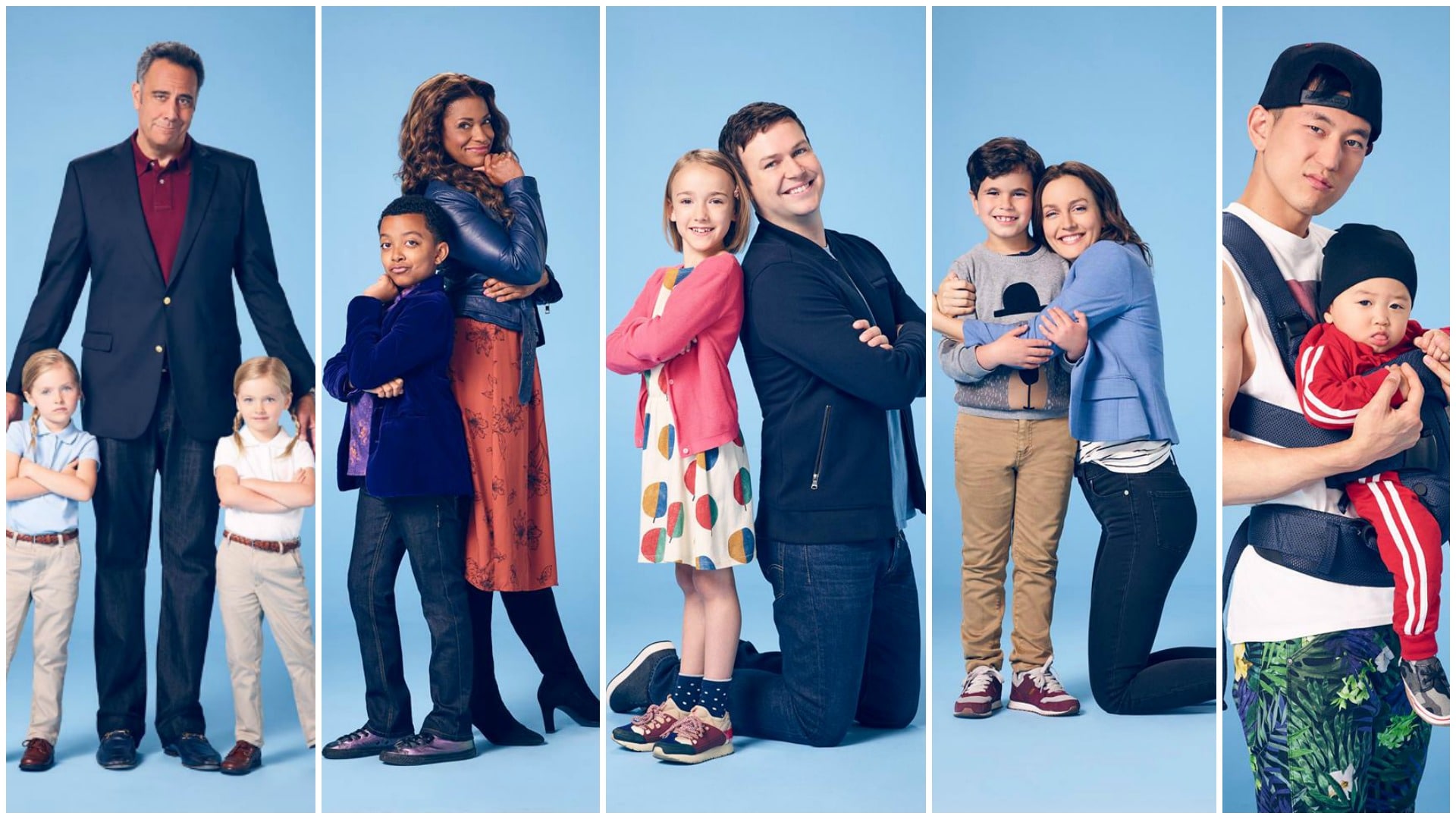 The series starts when the group meets Will Cooper, a 30-something guy who’s been so focused on raising his daughter that he’s lost sight of who he is as a man. When the other single parents see just how far down the rabbit hole of PTA, parenting and princesses Will has gone, they band together to get him out in the world and make him realize that being a great parent doesn’t mean sacrificing everything about your own identity. 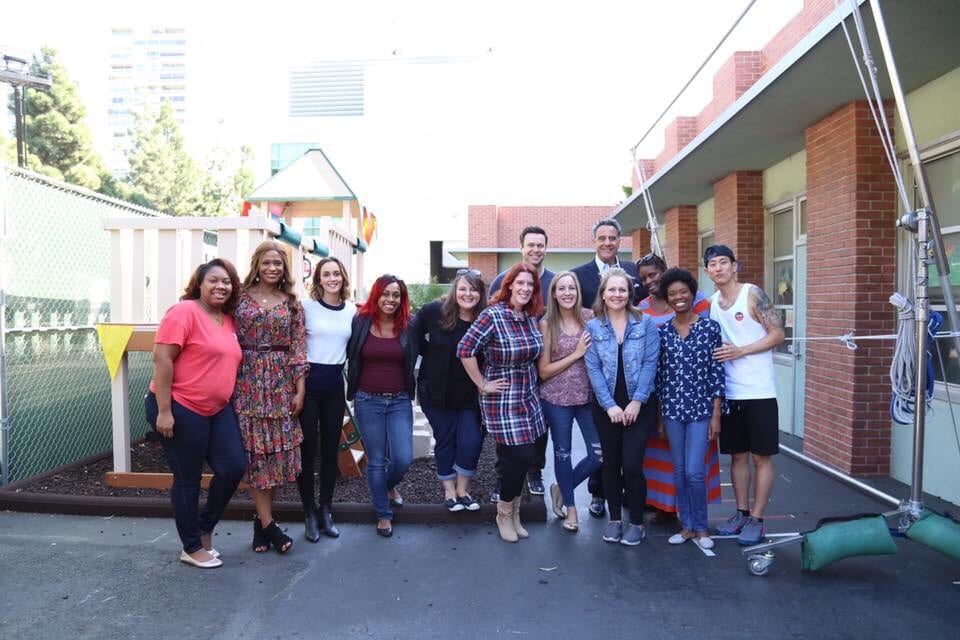 On the Set of Single Parents

We had a chance to visit the set of Single Parents a few weeks ago and got a full tour by the hilarious Jake Choi who plays Miggy on the show and Single Parents Director and Executive Producer, Jason Winer. Jason is best known for 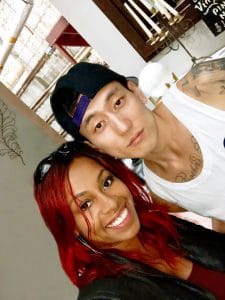 directing the pilot of ABC’s “Modern Family.” Another fun fact: I found out that Jake actually grew up not too far from my hometown in Queens, so between that fact and his incredibly cool personality, he has easily become my favorite character on the show!

Anyway, for a really lighthearted comedy series, I learned that there are also some pretty important decisions that go into making the show such a success. Here are just a few that we learned.

The overall set of Single Parents is actually comprised of multiple sets in one location.

We learned that there are more sets than normal for a comedy series, which is important for the show’s concept for several reasons. First being that the show is about a group of single parents who are constantly rotating from home to home to school, and so on. The second reason is more of a production logistic they’ve had to overcome because they are working with a cast of 5 series regulars. They needed to build every environment in close proximity to insure that they are able to shoot all of the scenes in a shorter period to time since kids’ allowable working hours are restricted.

That said, there’s also some redressing of the rooms going on sometimes on the set. For example, Douglas’ study sometimes doubles as the twins’ bedroom and there’s some flip-flopping between Will and Angie’s bedrooms.

They’re always filming everyone at the same time.

As I mentioned earlier, Single Parents Director Joe Winer also directed the earlier episodes of Modern Family. This was where he also mastered what is called a cross shooting technique where, rather than shooting in one direction at a time, they manage to capture all of the spontaneous magic happening at the same time. While it does require the actors blocking to be really specific, Joe tells us that the kids on the show are really amazing actors to handle this shooting style, only adding to the magic.

Some of the episodes are inspired by the actors’ real lives.

If you’ve been watching the series Single Parents, you’ll recall an earlier episode where the character Douglas’ twins laid to rest their pet guinea pig. The guinea pig was accidentally stepped on and the group tackled the topic of helping kids deal with this type of grief. Well, this was actually based on a true story, inspired by the creator of Single Parents, JJ Philbin’s daughter. Fun fact: the original guinea pig was named Peanut.

This sounds silly, I know, but of all of the set visits I’ve been to, it’s pretty rare to see a real ceiling as part of the set design. This was done especially for Brad Garrett (who plays Douglas) since he’s pretty tall and they’d end up seeing the ceiling in his scenes more often than not. 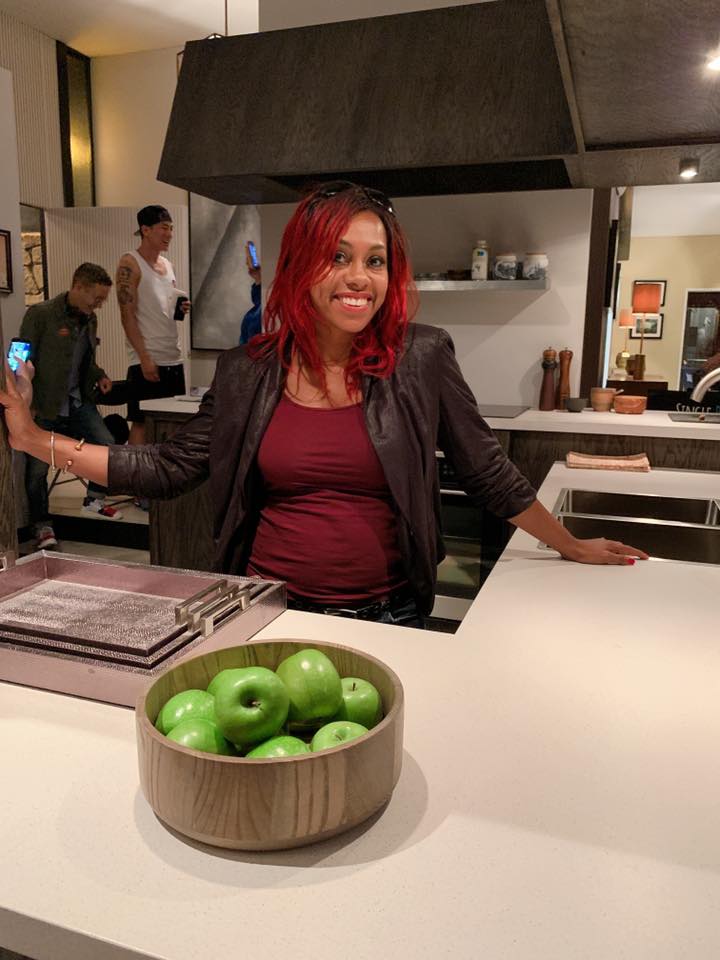 While I’d personally argue that there’s little effort needed to keep my home messy and simple even for a non-single parent, this was an interesting point that was made. You’ll see items and stuff and messes purposely placed around Liz’ home. This is intended to give the feel of a single mom who is juggling a lot of things and a truly lived-in home. Also, you’ll notice that unlike other sets with painted walls, her walls remain white. This was insisted upon because of the fact that her character rents the home and it’s unrealistic that she’d paint the walls to her taste on a rented home. 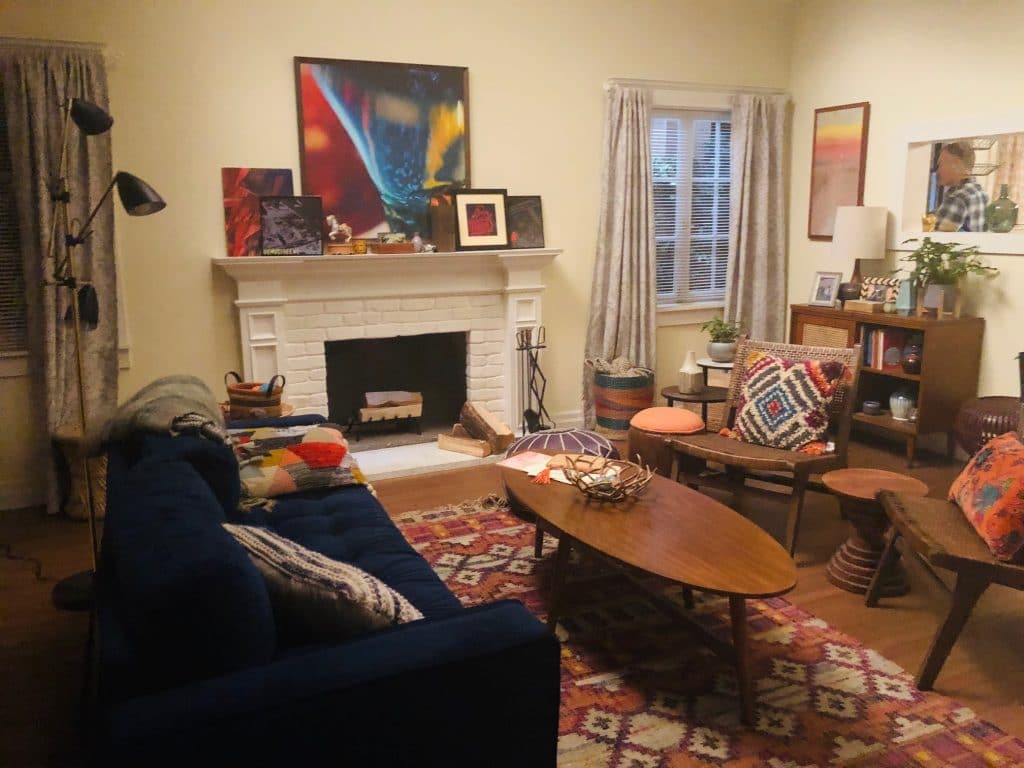 Baby Jack is played by twins.

We actually learned this production trick years ago with the Olsen Twins playing Michelle on Full House. This is also the case with Miggy’s (Jake Choi’s) baby Jack on the show. By the way, Jake admits they’re giving him baby fever!

All sets were based on real locations in the area.

We learned that the pilot episode was first shot locally, then reproduced when building the set of Single Parents. This was the case with the homes you see in the show and even the kids’ school in the show. The result is a very true to life setting and circumstances that effectively add to the experience, realism and struggles shared by families of all kinds.


Be sure to catch the next episode of Single Parents this Wednesday, Nov. 28th at 9:30pm EST on The ABC Television Network, streaming and on demand.

“The Beast” – Will encourages Angie to rediscover her passion for heavy metal music by taking a guitar class, and in turn, Angie insists that Will get back in the field covering weather by driving both of them into a storm. Meanwhile, the rest of the gang explore their romantic passions as Douglas pursues his crush on Big Red with the help of Miggy, and Poppy feels an instant connection with a dreamy musician…

5 things I can share from my "Top Secret" visit to the set of Captain Marvel
Michael Douglas on Suiting up in Ant-Man and the Wasp
ABC's The Toy Box is my new obsession! Here's Why...
Cars 3 Review and the Heartwarming Bonus called LOU! #Cars3Event

« Be Brave, Bold & Fearless with the timeless Cora Koa Rose Gold Jord Watch
How to make a Tropical Rainforest Diorama for under $20 | DIY Science Projects for Kids »