A few weeks ago, I was given the honor of hosting my first official Disney Side Party for the girls’ birthday.  The team at Mom Select and Disney Parks sent me an awesome package to help me throw my princess party – including lots of party supplies and games.

My daughters’s birthdays are 10 days apart, so each year, we hold a joint birthday party for them (and we plan on it for as long as we can get away with it)! This joint birthday party idea is getting progressively more difficult as the years go on because they now attend different schools, have different sets of friends, and a few different interests.  Hosting a Disney Side Party always works for us because they are still without a doubt Disney lovers.  At this time, my youngest (the 3 year old) LOVES Sophia the First and my 6 year old is crazy for Princess Anna and everything Frozen.  So, since it was essentially a 2 for 1 deal for the girls’ birthdays, we decided to focus on their 2 favorite princess themes – Sophia the First and Frozen.

We had about 30 kids at the party, music, pizza, and even a special guest of honor at the party who stole the show!  Plus, I had the owner of the Atlanta restaurant Cafe Good Spot join us for some special cupcake decorating fun.  I tried and tried to take more pics, but one thing was for sure – those kids had no plans of sitting still!  Here are some pics I did get from the event: 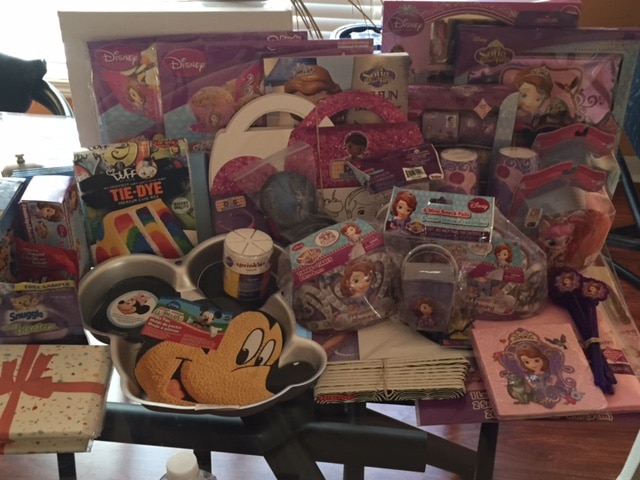 My Disney Side Princess Party Package! 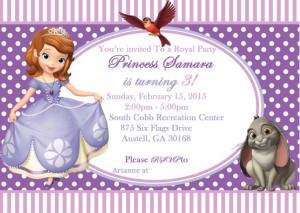 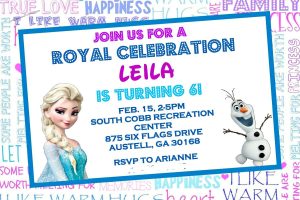 I found a couple of  Etsy designers to create the invitations and had them printed on the HP photo paper that came in my package.

I decided to do separate invitations for them this year simply because they attend different schools and actually do have some different friends.  I didn’t want the parents of  friends of one and not the other to feel as though they’d have to buy a gift for both girls just because it was a joint birthday party. 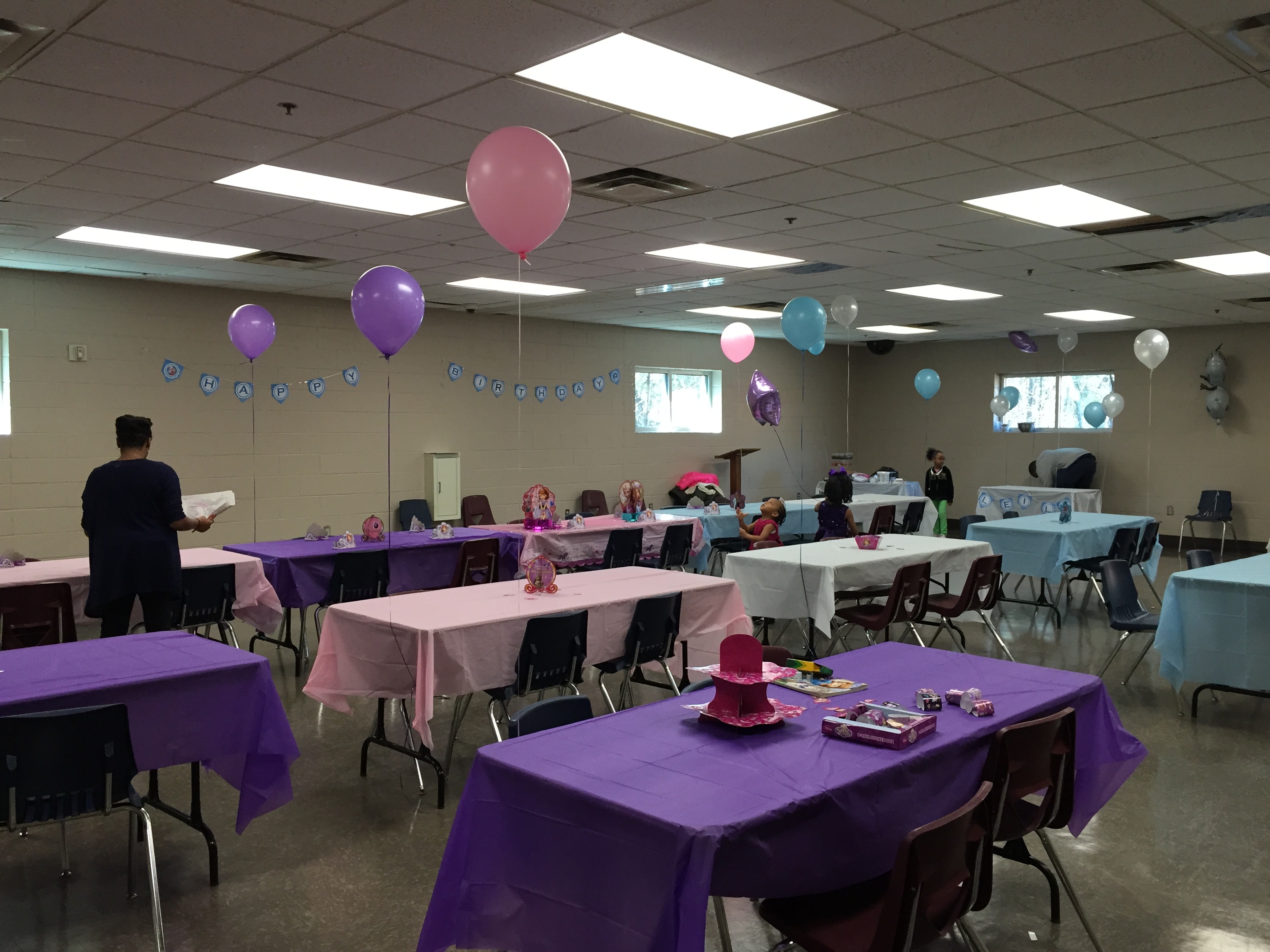 Notice the purple and pink on the left and blue and white on the right?  That was my attempt at the Sophia/Frozen theme.  Not sure if the kids got it either, but they were in Disney heaven. 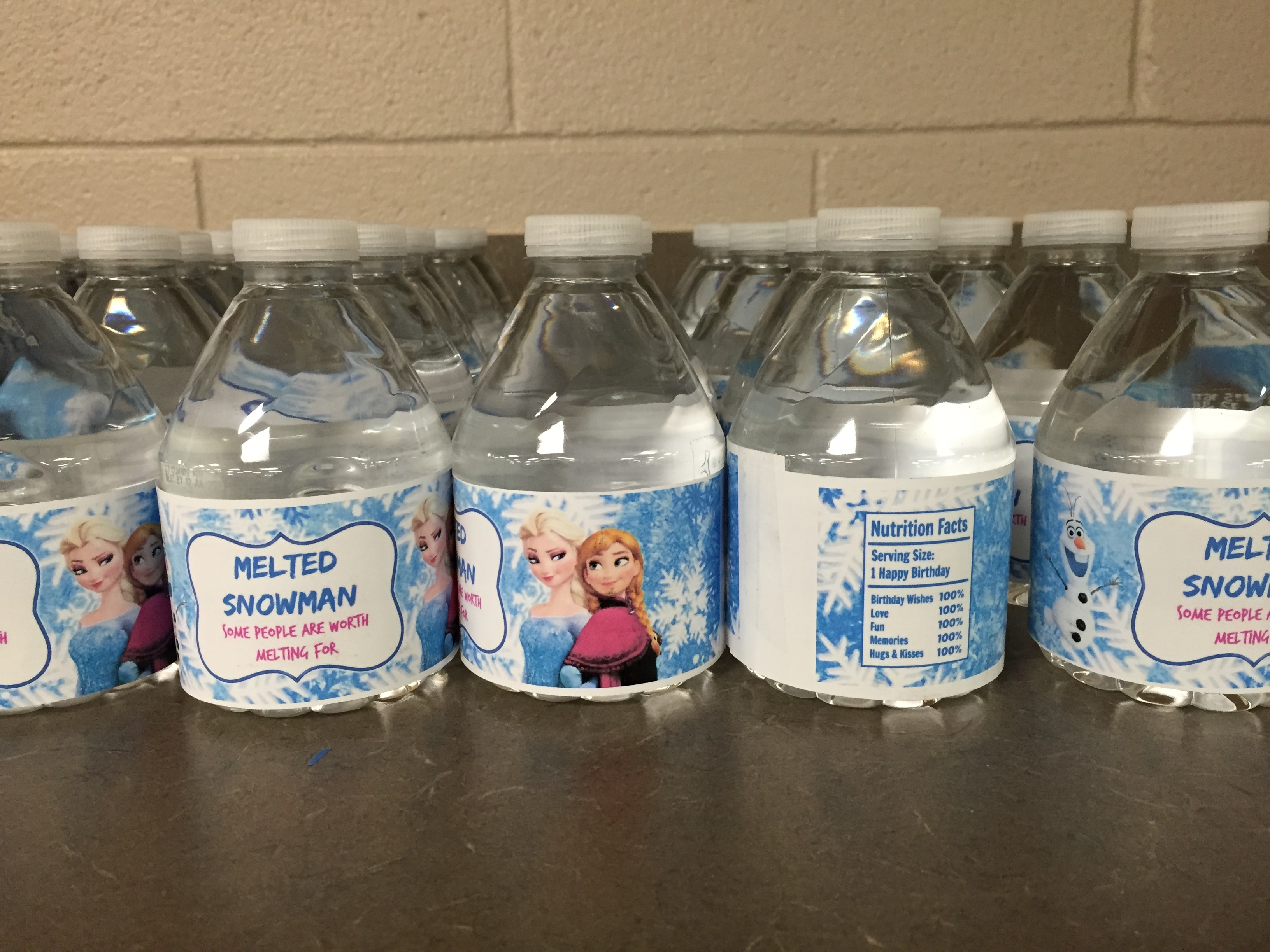 Melted Snowman water bottles. Leila and I had fun working on these. 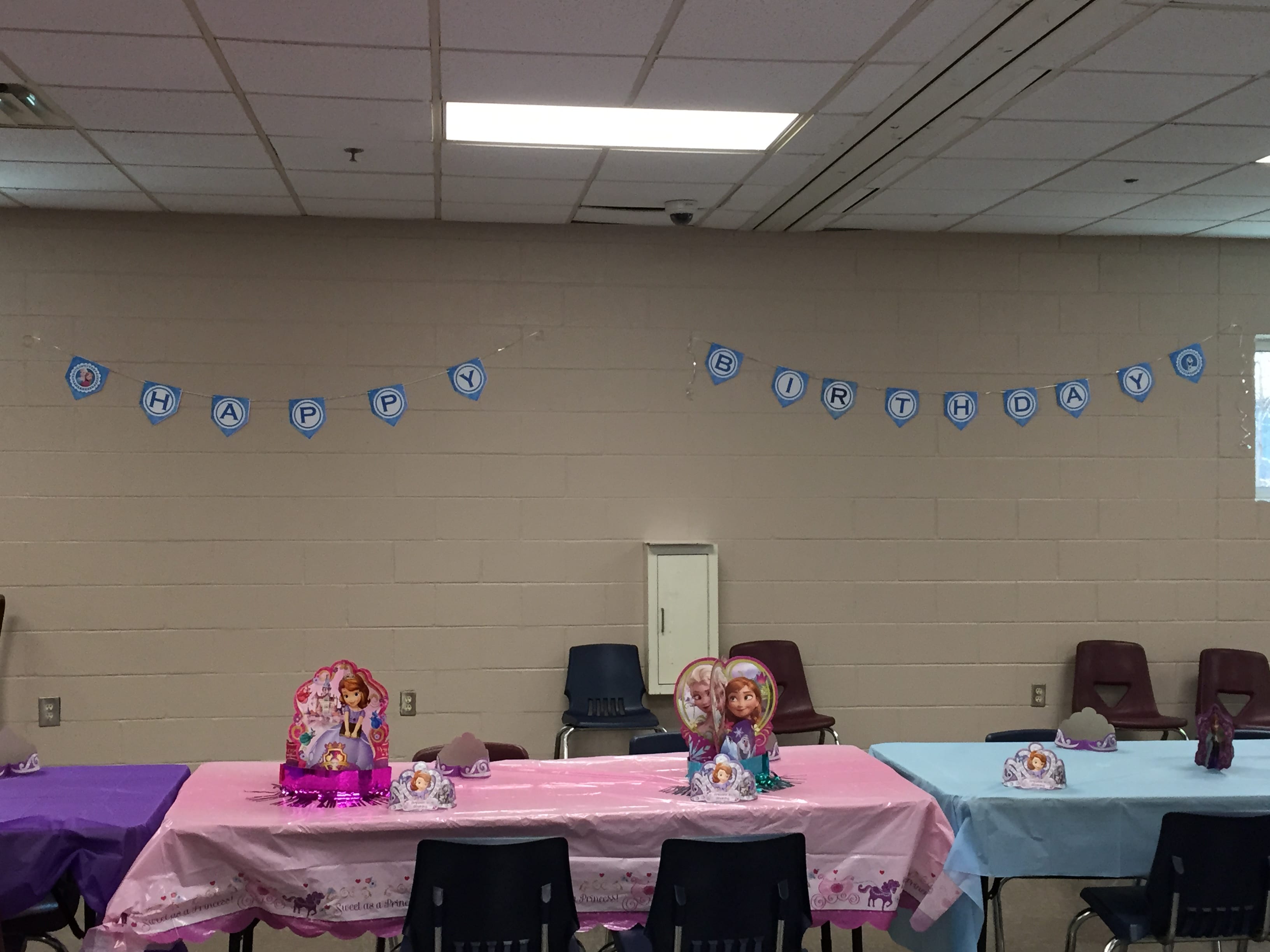 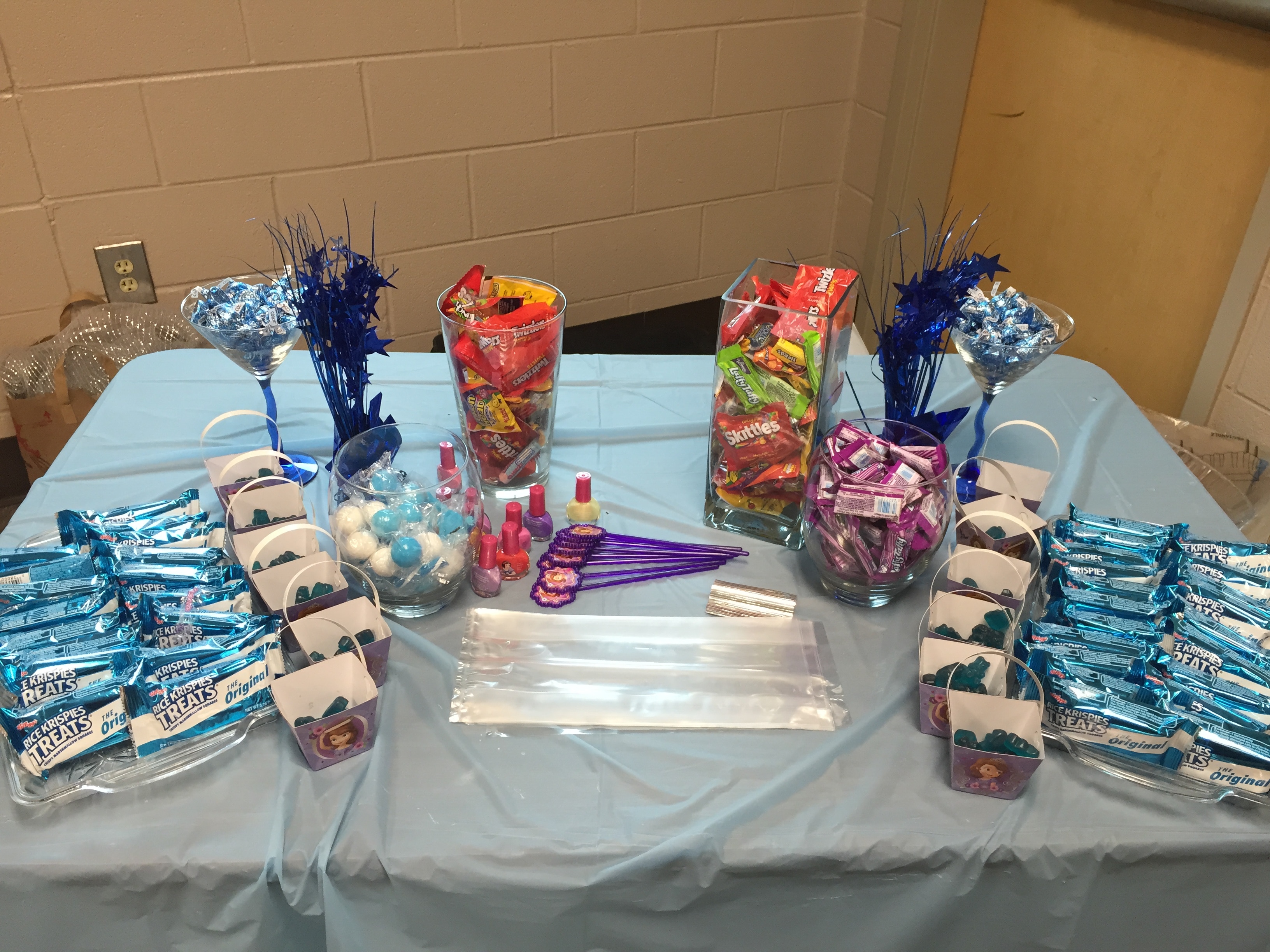 Ok, so I decided against individual favor bags. I had to do this for several reasons – 1. I got tired of tracking RSVPs.  2. Some of our princess gifts included things like nail polish and lip gloss and I knew we’d have a few boys at the party.   Instead, I got some of our favorite treats for the kids and set up a candy bar!  I set up the bar at the beginning of the party and had a tablecloth covering it – otherwise the kids would’ve attacked it way before the end of the party.  In all, the kids were really excited about this. I apologized to the parents of the sugar-hyped kids. 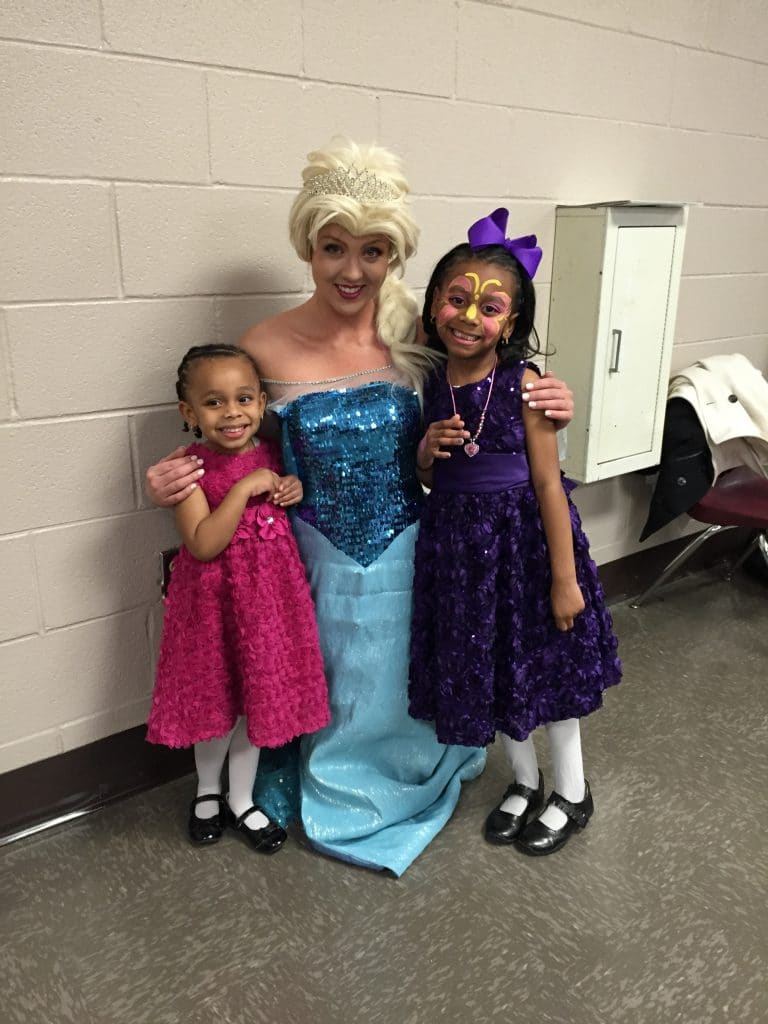 Yes, you guessed who the guest of honor was! The one and only Elsa!  She was a lot of fun – making balloons and face painting.  I’m pretty sure she’s the one who brought on this cold weather that followed our party.  Sorry folks! 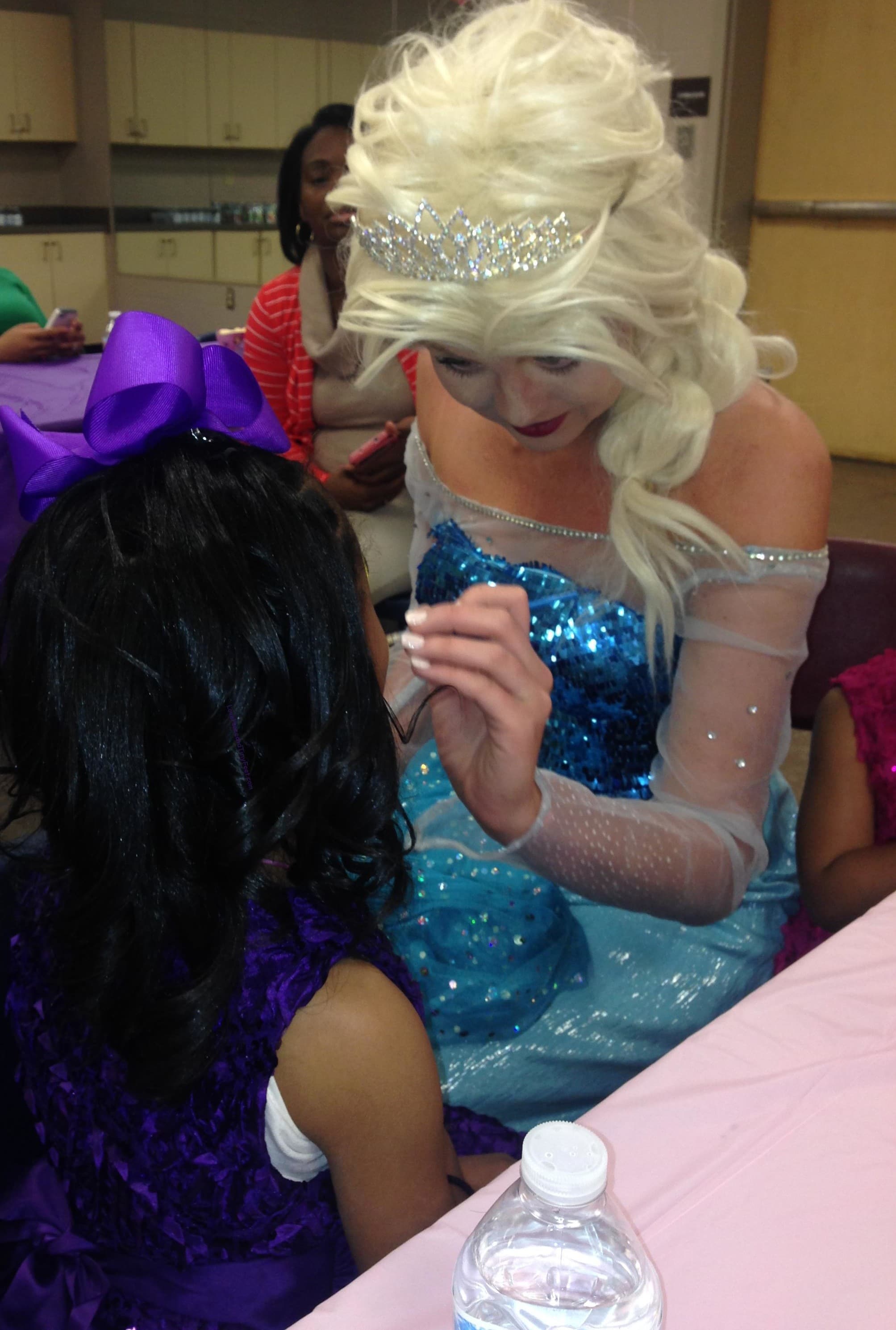 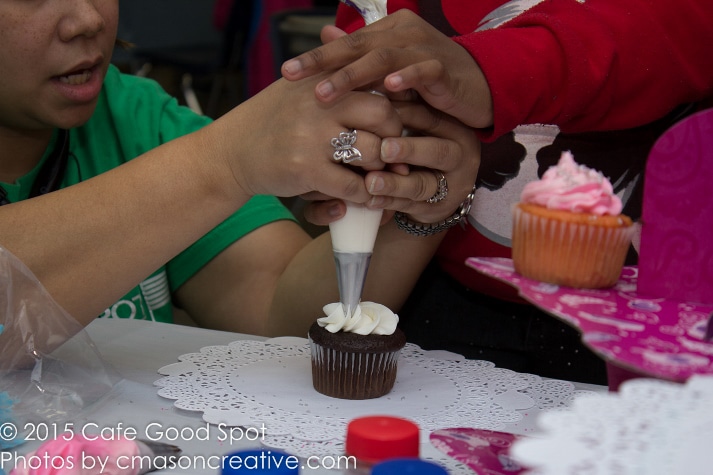 Cafe Good Spot was on hand to help each of the kids decorate their own cupcakes! 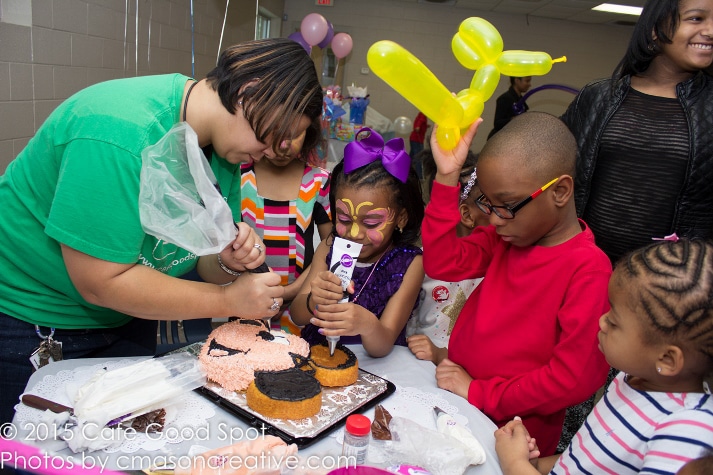 …and the featured Mickey cake! 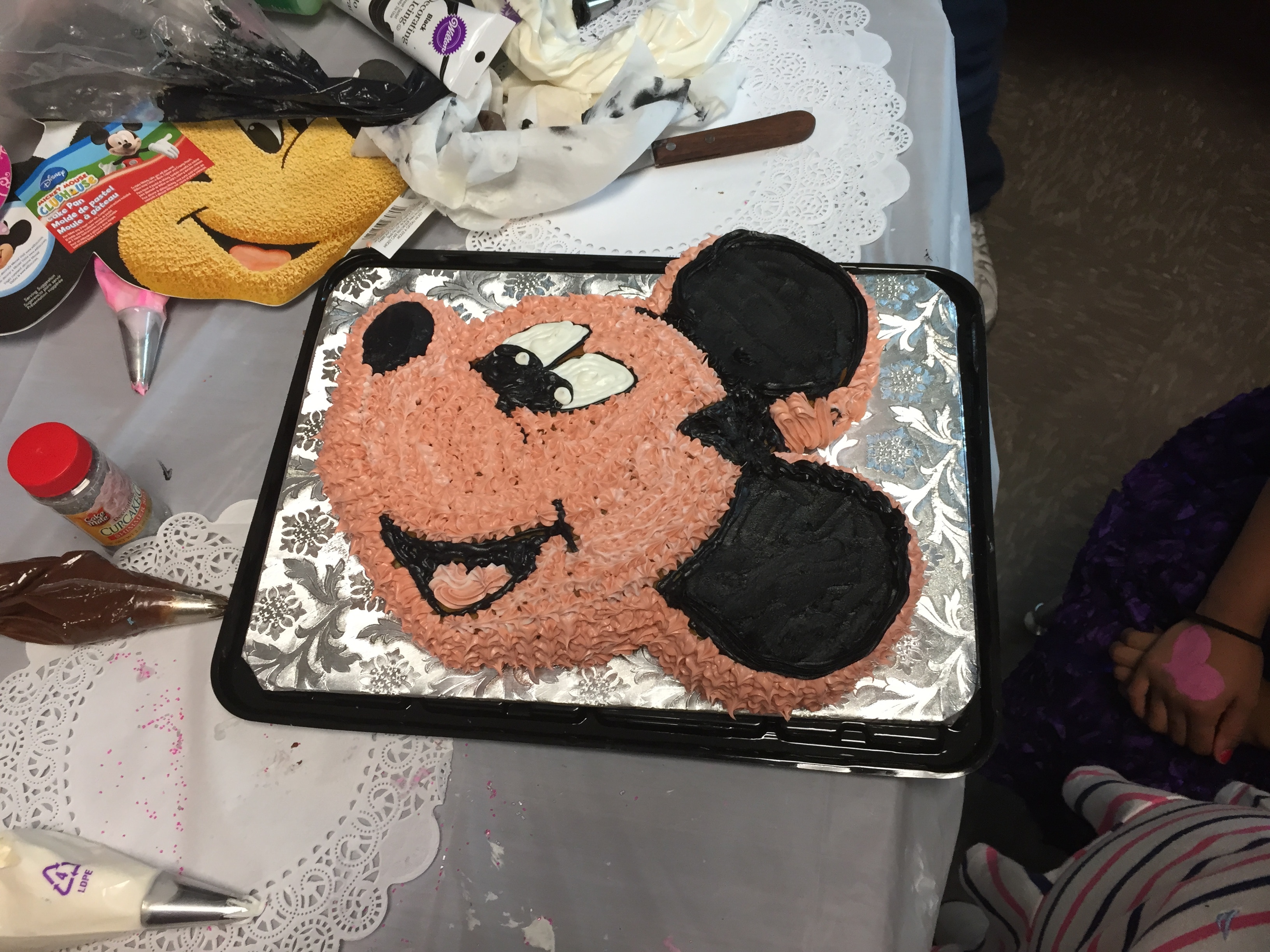 Gender Bender: Should you let your child wear a Halloween costume of the opposite sex?
Why I insist that kids have recess EVERY DAY…and more hot parenting debates #GeniusofPlay
Math Learning Centers vs Math Learning Apps - 4 Factors to Consider
The truth about hand-me-downs