Note:  I originally recommended these slumber party ideas for girls under 10 years old, but as it turns out, my daughter still loves the idea for her preteen celebrations.  So, we’re going for it!

As I mentioned last week, this was the first year since we’ve celebrated “Birthday Week” that my daughters insisted on celebrating their birthdays separate (serious tears).  On top of that, Leila decided she wanted to have her first Slumber Party!  At first, I thought she was just too young for a sleepover party, but I think I may have been about her age or just maybe a year older when I had my first sleepover party and I still remember just how much fun it was.  It was my mom and my friend’s mom who hosted all of the fun activities (we made shirts) and just had an all-around memorable night.  I wanted nothing more than to create that same memory for my daughter.

As I searched for slumber party ideas, however, I had a hard time finding ideas that catered to girls 10 and under, who wouldn’t necessarily be shoving me out of the room to talk about boys, but would instead require lots of things to keep them busy.  That’s when it was clear that if I were going to throw the ultimate slumber party for 8-year-olds, I’d have to get a little creative.  Here are some of the ideas that helped rock this sleepover!

It all starts with some totally cool invitations.  I made the party invitations myself on this site, printed them out on some HP photo paper and it was easy as ever. 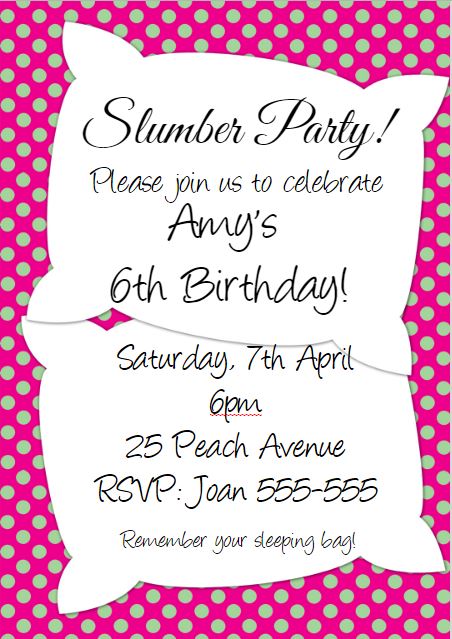 Another important thing to note when throwing a slumber party for younger girls is the fact that there would surely be some kids she’d invite whose parents did not know me personally and would be a little apprehensive about leaving their kids overnight.   I included the following note along with the invitation to make sure she’d still get a good turnout, even if kids couldn’t spend the night.

If you prefer for your child to not spend the night, we will be finishing up all planned activities by 9pm. We hope you can join us for the party.

At the very least, this prompted some of the parents to contact me for party details.

Leila has seen me in my DIY mode making my own soaps and toiletries and seemed to really enjoy the times I let her make some with me.  Therefore, I thought that would be a really fun activity for the girls to take part in during the party.  I found this company called Kiss Naturals that actually makes these easy DIY kits for kids to make their own soaps and toiletries, as well as to package and label them pretty easily.  I also double checked the ingredients and was happy to see that the kits provide the same all-natural ingredients I use when I make the products myself.  We used the kits for DIY Soaps, DIY Bath Fizzies, DIY Lip Gloss, and DIY Moisturizers. 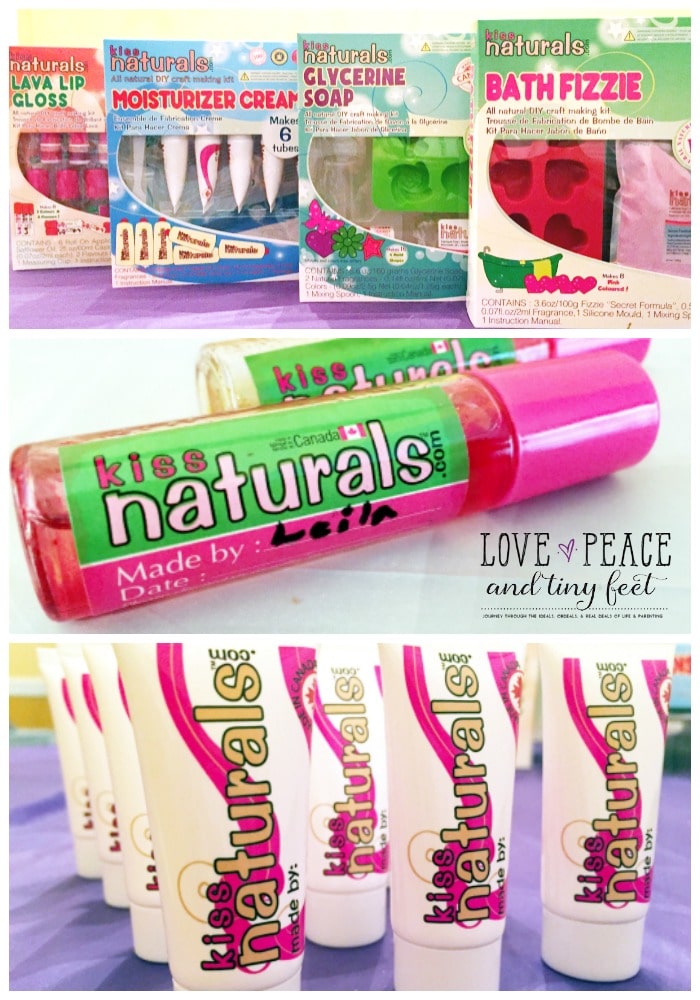 All of the kits are available on Amazon.com.

As much as you want the kids to have a fun time, sleepover parties are a little different in the sense that you don’t get to send them home after filling them up with junk and sweets.  Keep that in mind as you plan your menu for the slumber party.  The last thing you want at the end of the night is to have a room full of ultra hyper kids with stomach aches.

For Leila’s party, we served pizza, cupcakes, popcorn, and my favorite, Juicy Juice Splashers (because they have less sugar) and absolutely NO CANDY! lol. 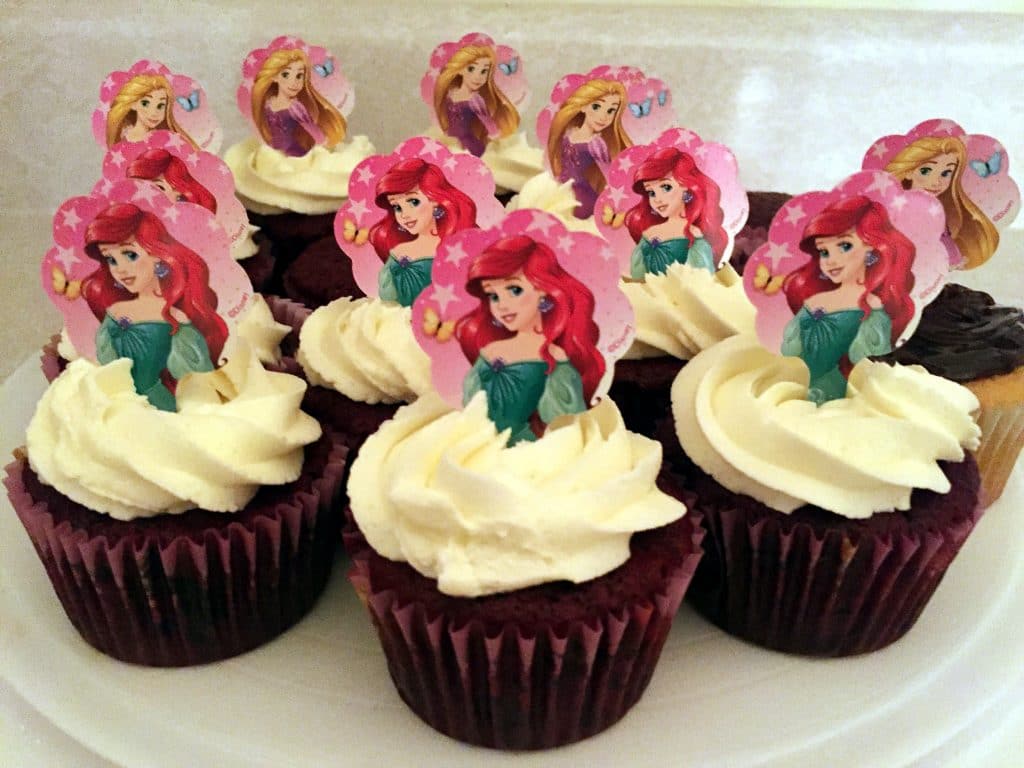 I also made sure to ask parents ahead of time for any food allergies, but just to be on the safe side, I still kept the party nut free.

I found so many fun slumber party game ideas online, but after all of the crafts, the kids settled on just watching a movie, eating popcorn and endless (yes I mean, ENDLESS) chit chat till 2AM!

What I loved most about the KissNaturals kits was the fact that they doubled as slumber party favors for the girls, which made my job as simple as putting the products each girl made into a favor bag for them to take home the next day.

As an extra surprise for the girls the next morning, I threw in one extra favor.   I was sent these adorable new Cupcake Surprise Dolls that my daughters adored and wanted to share with their guests.  The kids were fooled at first thinking I was giving them some delightfully fragrant cupcakes for breakfast. Then they got the surprise of their lives watching the cupcakes turn into real dolls!  There are several varieties of these dolls and they each come with a hairbrush and pretty dresses for the dolls.   They were a huge hit with the kids and the parents! 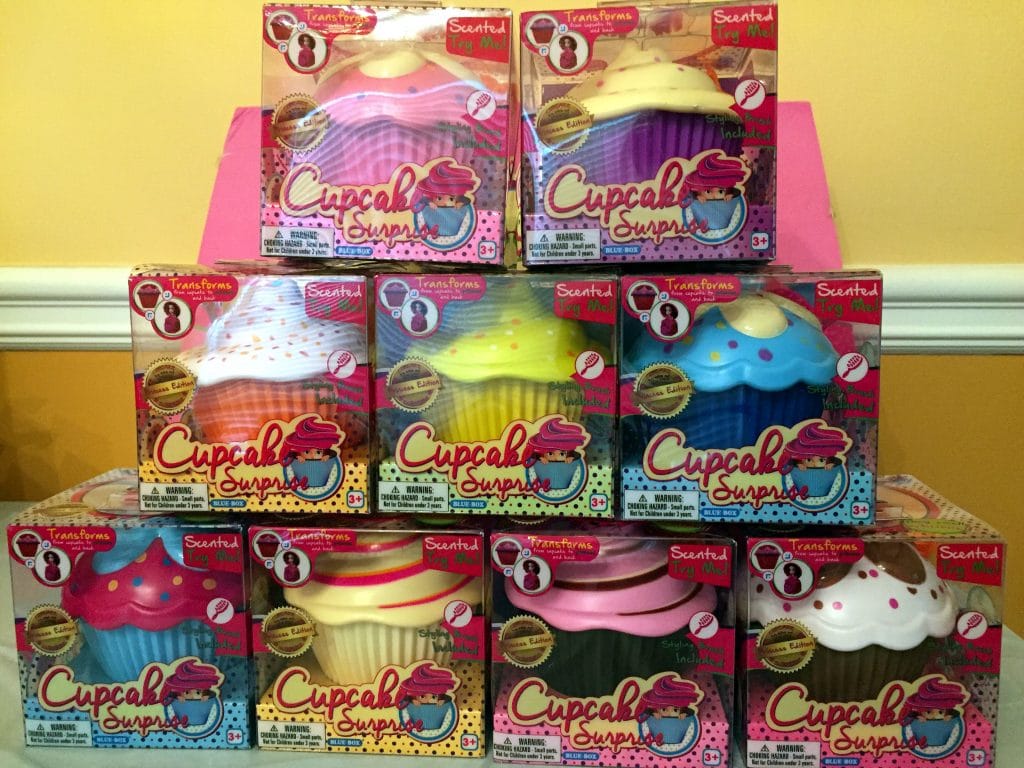 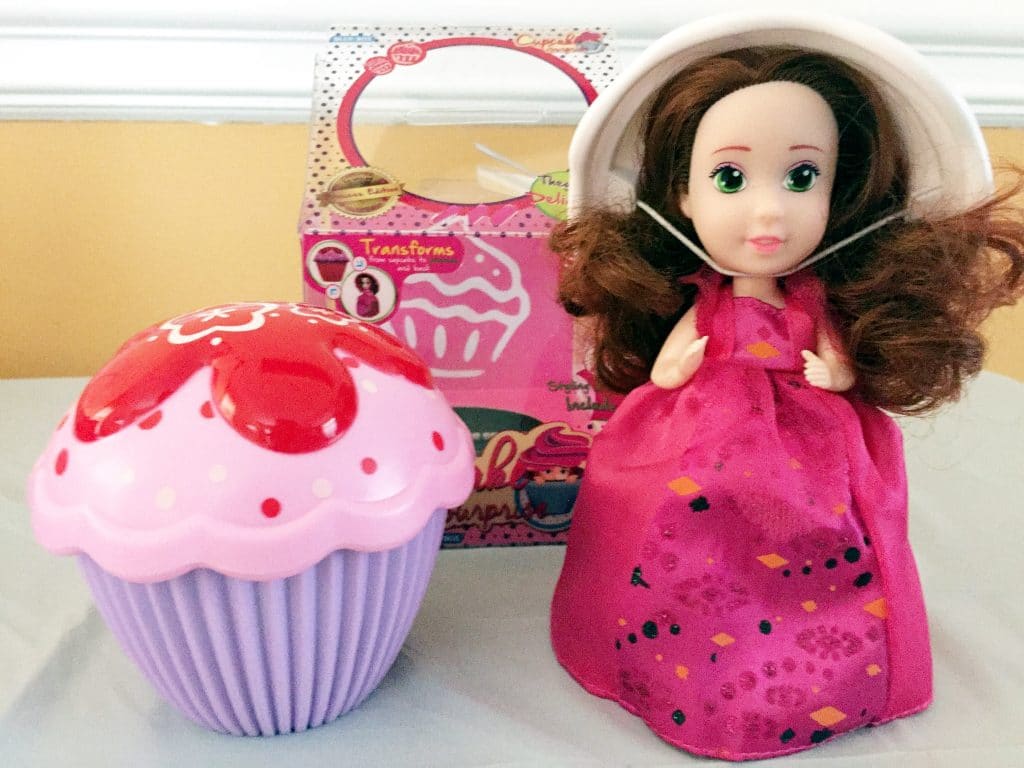 I also couldn’t resist but to throw in some eye adorable sleep masks the girls could use at the party.  The birthday girl got these Girl’s Travel Princess Crown Sleeping Eye Masks and they were a big hit. 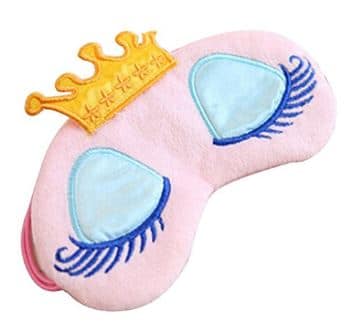 All in all, I think I pulled off a pretty good (and affordable) slumber party the girls will remember for a long time.

Top 10 Things to Know Before Investing on Robinhood
5 ways to add some fun to even the most tedious holiday tasks #RockTheHolidays
Parent vs Best Friend: 5 Reasons Why You Need To Be Parents Now To Be Best Friends Later {Guest Post...
The perfect sports team management app for on-the-go sports moms!