Actual conversation with Leila:
Leila: Mommy, don’t forget I don’t have school on Monday because it’s Martin Luther King Day
Me: I know. Do you know who Martin Luther King is and what he did?
Leila: He pronounced to the whole world that we should be equal. We shouldn’t do things separately. It’s too hard and it’s not fair.
Dad: Do you know what he meant by equal? What kind of people was he referring to?
Leila: Everyone. Like tall people, short people…we should all be able to drink from the same water fountain.

While, yes, I agree that tall and short people should be entitled to drink from the same fountain, I realized then that there was a major element missing here from my daughters understanding of the civil rights movement. I totally understand where this all came from. Just looking back at some of my old posts here – including her discovery of the “White” doll and the “Black” doll, and let’s not forget her drawing of her white, redhead teacher in brownface – I can see I’ve been guilty of treading very lightly when it comes to issues of race and black history in general.

To be honest, this is largely just a result of fear. Fear that her learning about the harshness of slavery and racism in this country would put her in a state of anger. Fear of misguided hatred. Pure terror that it would take her years to get out of.

Actually, that was my story.

My family having been West African had a completely different historical reference than I did as a first generation American. Racism in a country where black people are the overwhelming majority looks very different than it does here in America. My parents never really talked to me about magnitude of slavery or the horrific history of African Americans in this country. Schools sugar coated this information just as much, and I ended up learning about all of this through my own self-guided methods of discovery – in the books, in the movies and yes, in the streets. With no one to really talk through this all with, I could feel no other emotion but anger. An anger I would just hate for my kids to experience, and thus, I myself have become a little “sugar coaty” in my approach.

With the discussion of Martin Luther King Day and the upcoming Black History Month, we found this to be a great opportunity for us to introduce a much more candid and honest approach to teaching our kids about not only Martin Luther King, but also the many other important figures in Black history.

Here are some tips I can share with you all based on my experience.

How to talk to your kids about Black History

Start by highlighting the progress African Americans have made today
We have had a black president for the past 8 years, y’all! Even when I was a child, that seemed like the most impossible feat in the world and here our kids can’t imagine it any other way. “African Americans have made huge strides in so many areas,” you say, “But our ancestors fought really hard to get us this far…”

Be honest and candid about Civil Rights Movement, while introducing them to some key historical figures involved.
While we are celebrating Martin Luther King Jr., it’s important that children know exactly why we are celebrating him in particular. This means delving a little deeper into the roots of the Civil Rights movement and injustices that brought it about. Talk to them about other key figures such as Malcolm X, Marcus Garvey, Booker T. Washington, W.E.B. Dubois, Rosa Parks, etc. Their ages will determine just how much detail to go into when it comes to this, but they should be familiar with the names.

Remind them that black people were not the only people involved in the Civil Rights movement.
You may not know all of their names besides figures like JFK, but be sure to mention that there were actually non-black people who also supported the movement.

Here are some fun ones to get you going:

5. Last, but not least…Bring in reinforcements
As you start this conversation, your children will likely have A TON of questions. Some of which, let’s be honest, you probably won’t know the answers to either. There are a host of children’s books about black history to help you present it in a way that’s honest, but not too overwhelming for children. These are also a great cheat sheet for adults, since many of us could use a quick reference.  Here are a few I’ve come across: 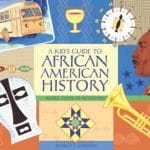 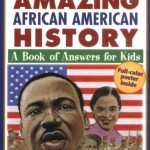 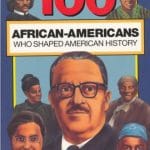 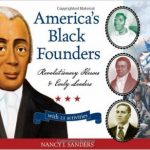 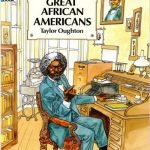 How do you talk to your kids about Martin Luther King, Jr. and other important figures in black history?

Do you have a Family Emergency Plan? Simple Steps to Prepare for Natural Disasters
3 Tips for Finding the Perfect Shoe Fit for Kids
Style Box, Savings, and Social Good – This is how we #UnpackHappy!
13 Best STEM Learning Tools for Kids