“It’s all about the story” Remember that?  Well last month during my Cars 3 Press Trip, I had a chance to sit with Screen Writers Mike Rich, Bob Peterson, and Kiel Murray; as well as Story Supervisor Scott Morse. They sat with us to discuss some of the greatest challenges they faced as they in approaching the actual story behind the upcoming Cars 3 film. 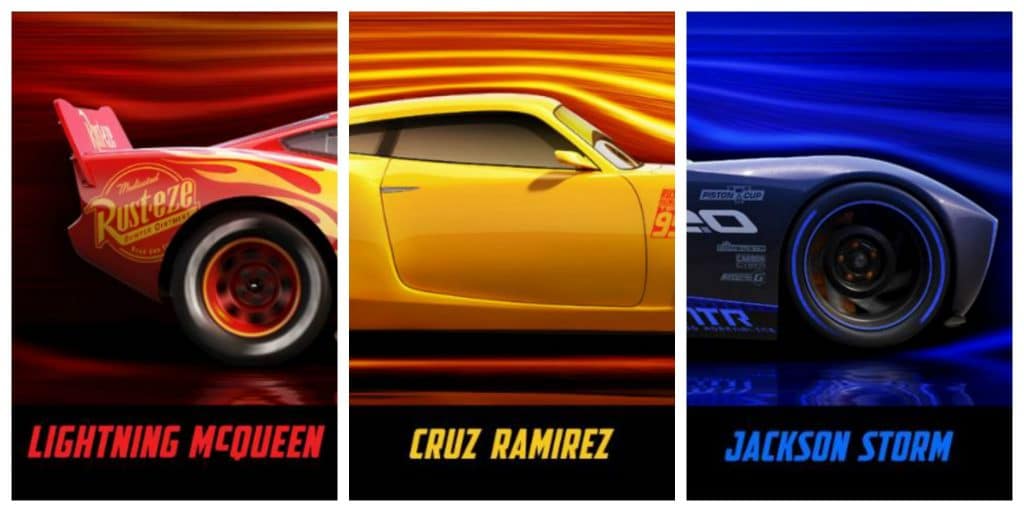 Cars 3 is the story of the legendary Lightning McQueen who becomes blindsided by a new generation of blazing-fast racers and is suddenly pushed out of the sport he loves. The last race we saw Lightning McQueen in Cars 2, he was on top of the world; a champion racer with everything going for him.  The writers felt as though this was their biggest challenge; that Cars 3 would have to pose a dilemma and conflict to add to the story.  Cars 3 brings about a tragedy and the reality that his days as a champion racer might be limited. To get back in the game, he needs the help of an eager young race technician, Cruz Ramirez, very much his “younger self” with her own plan to win. It’s a story about generational woes, feeling obsolete, and facing an unexpected new phase of life and career.

I’d dare to say that this is not only my story, or Lightning McQueen’s story, but it’s nearly every single one of ours at some point in our lives. As a woman in my late 30s, I have seen that initial shift from my jovial, care-free past to what my life is now. I can imagine my parents are facing that very same shift as they approach retirement and empty nest syndrome. For me, my day-to-day decisions, career choices, and overall approach to life is greatly impacted by my current stage in life and quite frankly, it can be pretty damn terrifying at times.

One major line from the film was inspired by hearing from another athlete. The line goes, “How do you know when things are changing,” and the response is, “The kids will tell you.” Now, isn’t that the truth?

The Early Process of Story Development

In the early exploration of crafting the story, the writers first looked at major athletes who, similar to McQueen, were slightly past the halfway point of their careers and potentially approaching retirement. Athletes such as Jeff Gordon, Michael Jordan and Kobe Bryant were among those discussed and through this research, they were able to gain some insight on how these careers tend to play out to discover an interesting way to approach the story.

“In all these films we look for a universal truth that everyone can sort of identify with whether its toys or fish or whatever as long as there is something we can all learn from, a parable that is being told about life in a universal way. … Do you crumble or do you rise up and change? ” –Bob Peterson

Cars 3 is kind of the inverse of Cars 1 in the sense that in Cars 1, McQueen was this brash, cocky rookie who just had youth on his side. He had speed to burn, all of the answers, and a “what’s in it for me” approach to the sport.
You see in Cars 3 that he’s been taught that there is a lot more to value than just that. A change that for all of us, just comes with time and growth.

Cars 3 brings to the forefront the character Jackson Storm, who was kind of a mirror image of McQueen, but with more of an edge than McQueen had in the first story. Storm comes in with the latest technology of the sport, more driven by the business of competition than the camaraderie enjoyed by previous generations. He represents a colder new generation whose motivation is not easily understood by McQueen and his counterparts. I think to some extent, we’ve all been Storm. My generation was far more advanced than the previous and I would not be surprised if there was a sense of judgment as I entered the workforce, similar to the constant criticisms of millennials in the workplace. Whereas, I’d been part of the generation of computers and what were thought to be huge technological advances years ago, the current generation is even more so now. Who can even imagine what lens the future generations will see the world?

Another essential character introduced in Cars 3 is Cruz Ramirez. She starts off as the young sidekick in a sense as McQueen’s trainer. She’s bubbly, optimistic, great at her job and as we know that McQueen’s is trying to deal with his aging self, Cruz leaves out no opportunity to innocently remark on how much of a “senior” he is. Sound familiar?

As she is part of this younger generation, she is equipped with the latest training tools that McQueen can simply not grasp, leaving him to feel even more outdated. As her character begins to unfold, we find that she too has an Achilles heel, which is the fact that she is purely technical and has faced a fear that has led her to somewhat settle in her career as a trainer, rather than fulfill her dreams of becoming a racer herself. We find that she too has a story of how a lack of confidence and underestimating herself has ultimately kept her from her full potential. Not to reveal any spoilers, but one line in the story that resonates with me so much is where Cruz asks McQueen how he felt for his first race and how he knew he could do it and McQueen replies, “I guess I just never thought I couldn’t.” 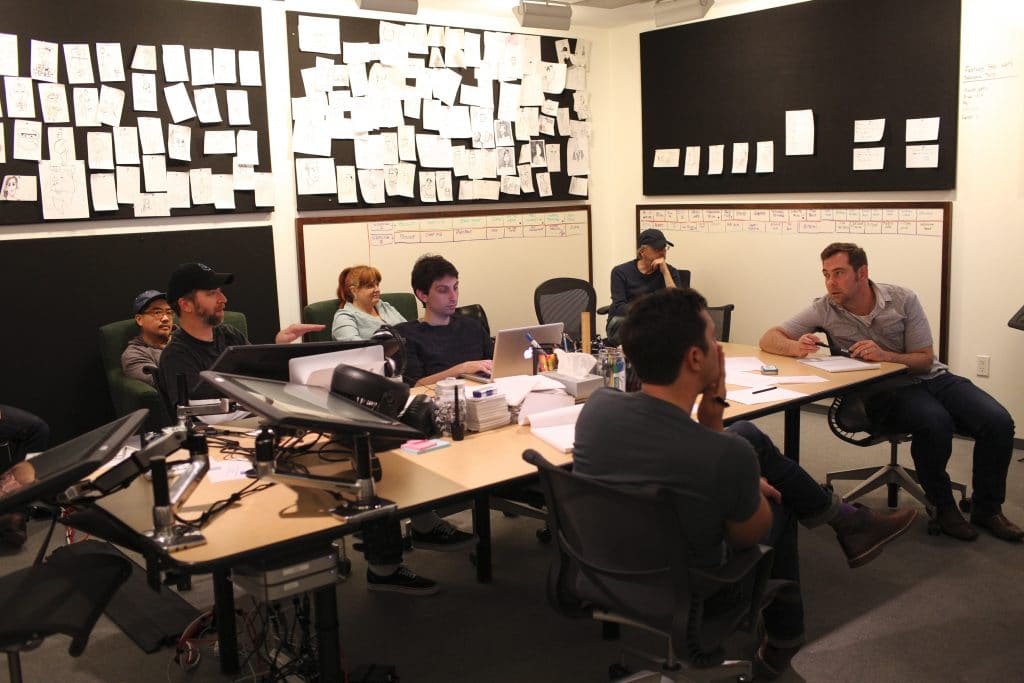 What’s so wonderful about how the story comes together is the fact that you see first hand how although from various generations and despite the friction brought about by their differences, they find a way to learn from one another.  While McQueen is having his share of woes seeing the new generation step into his space, he’s also connecting with the previous generations who once felt the same about him.   Each generation has a story to be told and it all comes to light in the upcoming Cars 3.

Cars 3 is in theaters on June 16th! View the official trailer here:

Hanging out with The Hecks! What to expect from Season 8 of "The Middle"
13 Facts You Should Know About The Original Captain Marvel
Chris Harrison dishes on the Bachelor Winter Games and more Bachelor secrets
Frozen 2 Coloring Pages and Activities for Kids - Free Disney Printables

« 7 Ways to Make your Babysitter’s Job Easier
How to run your own STEM Camp for Kids: Summer Camp at Home »