I’ve shared bits and pieces of my relationship with my father here on this blog.  It’s a surprise to no one that I’m a girl with some daddy issues.  Although he and I have come a really long way, Father’s Day was always a really hard time for me, for so many reasons I’m sharing here.  This article was first posted on SheKnows.com as “5 ways my ‘daddy issues’ make Father’s Day super awkward” because I originally could not get myself to include it here on my actual blog for whatever reason- really, it’s a combination of the raw transparency of it all and the feeling that I {should} be over it all by now. However, after a long talk with one of my best friends today on the eve of Father’s Day, I realized that this is STILL very much a part of my story. 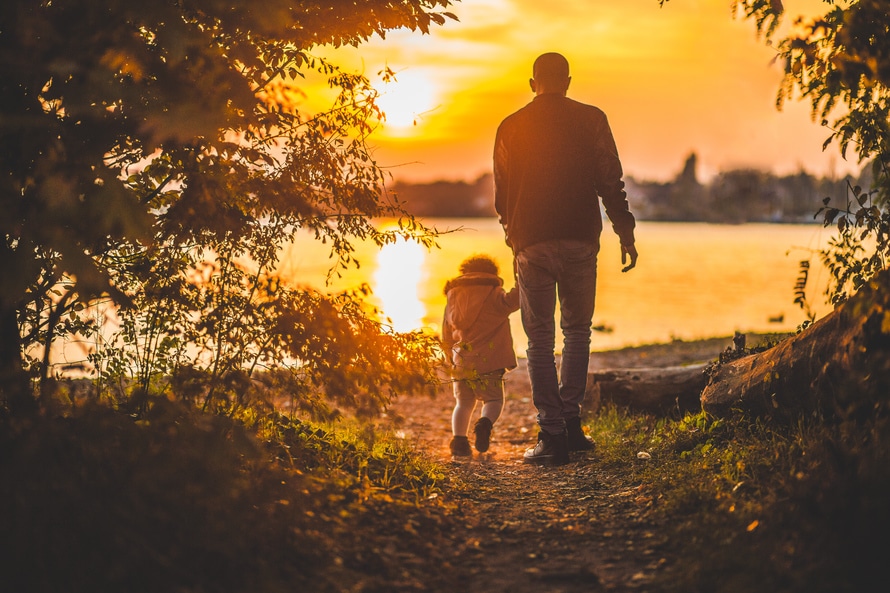 When you grow up without a father-daughter relationship, Father’s Day is just not a holiday you look forward to.  On the low end of emotion, it’s awkward. At the high end of emotion, it’s a painful reminder of the fact that one of the most important people in your little world – one half of YOU – chose not to be there.  I get it now – there are always 3 sides to every story – but before the explanations, apologies, and “if onlys,” there was your reality.

Now on Father’s Day, there’s a side to the story that rarely gets told. There are debates about who to celebrate on this day and innocent expectations of the holiday that really, only a girl with daddy issues can refute.  Here are 5 things we want you to know about our struggle with Father’s Day.

1. At one point in time, we were pretty much forced to celebrate Father’s Day.
Many of our mothers covered for our fathers when we were kids. She made excuses for why he wasn’t there, but assured us that he really, really wanted to be (probably their attempt to prevent the daddy issues).

My mother would say, “Your father’s not a bad person, that’s just his way…”  That was the Liberian translation for, “Just deal with it.”  When Father’s Day came around, she’d always buy a nice card and mug or whatever and insist that I send it to him. And I did this for years until I personally made the decision to no longer fake a Happy Father’s Day.  Now that we are closer again, it’s still just not a habit of mine and I’m slowly rebuilding the habit with my husband.

2. There are NO Father’s Day cards that say what we mean.
There are times we’ve tried to buy a Father’s Day card, just off of pure GP, so we’d make our way to the card aisle at the last minute: only to remind us one last time of how insignificant our relationship with our father really was.  We’d literally cringe reading cards that read, “thank you for always being there for me” and eventually just give up on buying a card altogether. Even the seemingly  generic cards that read “For someone special…” would require us to muster up the strength to sign.

3. We understand that a “mother” does not take the place of a “father”
There’s so much debate lately about whether or not it’s right to recognize a mother on Father’s Day.  We know it’s technically not right, but it’s our reality.   Trust me though, our father’s absence was extremely apparent to us growing up and only having a mother did not always feel “good enough.”  Like…she couldn’t take us to father-daughter dances, but years later, she was the first person we considered to walk us down the aisle.  Unlike girls with a mother and father, she was all we had and did her best to fulfill the role of two people. For that, she gets celebrated not only on Father’s Day, but on every day we stop to think about how much she’s done for us.

4. We’re not posting pictures with our dads on Father’s Day.
No, we won’t block you from our timeline if you do, but understand that we will not be doing the same. Either we have to scramble to even find a non-Polaroid picture, or it’s simply not on the top of our minds or hearts to do so.

5. Father’s Day becomes less painful when we have children of our own.
Eventually, we master the art of not finding a man like our fathers and if we’re lucky, the man we marry and/or have or children with will be far more deserving of a Father’s Day celebration.  He will show us exactly what the love from a father looks like and we will live through our kids’ excitement of celebrating their dad on Father’s Day.   We’ll be able to find a card with just the right words and post pics of him affectionately posed with our children.  As a mother, we won’t expect nor accept a Father’s Day wish because we’ve already had your day.  Ultimately, we will find pure joy in celebrating the holiday on his behalf and less for the fathers we missed in our own lives.

My only hope in writing this is that there’s another girl out there with daddy issues who feels a little less alone this Father’s Day.   Love and peace to all of you…