Taika Waititi has been a New Zealand treasure for years as an Oscar-nominated film director, writer, painter, comedian and actor. He has directed some of the highest grossing feature film releases in New Zealand history and has now taken on the much anticipated Marvel Film, Thor: Ragnarok. 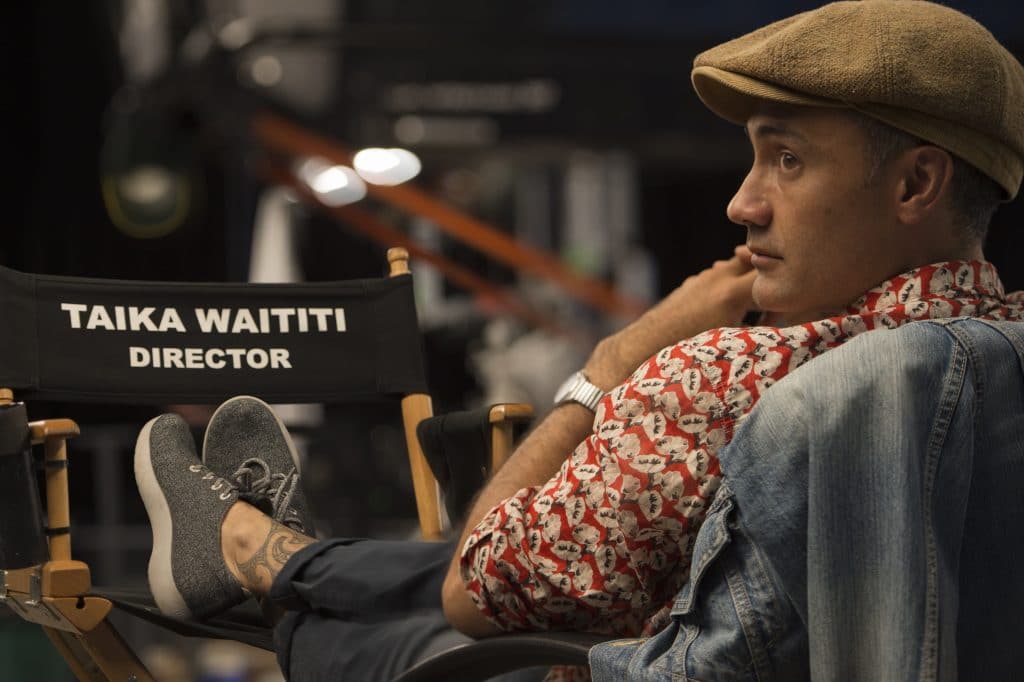 One of the most repeated sentiments we’d heard throughout all of our interviews for the film was the fact that Taika Waititi has brought such an incredible twist to the Thor series, through his unique storytelling, sense of humor and his “need for exploration.” So you can imagine how excited we were to meet and interview the man himself to talk about how he’d gotten started with the project and why he’d decided on some of the artistic direction taken by the film.

“It was herring and exciting. When they offered me the chance to come, my first reaction really was “I guess Marvel’s lost their mind or they’re just asking anyone to do anything.”

Of course, we know that wasn’t the case, as Marvel President Kevin Feige himself acknowledged that when he hired Taika to guide the third installment of “Thor,” he was looking at Taika’s particular style of filmmaking and what that could potentially bring to the franchise. “We were looking for a filmmaker to really help us redefine the tone for what a Thor film could be,” Feige explained. “Taika has done such incredibly funny, incredibly deft directorial outings. He’s an amazing talent. He’s never done anything on this scale before, but that’s okay because we wanted his unique vision.” 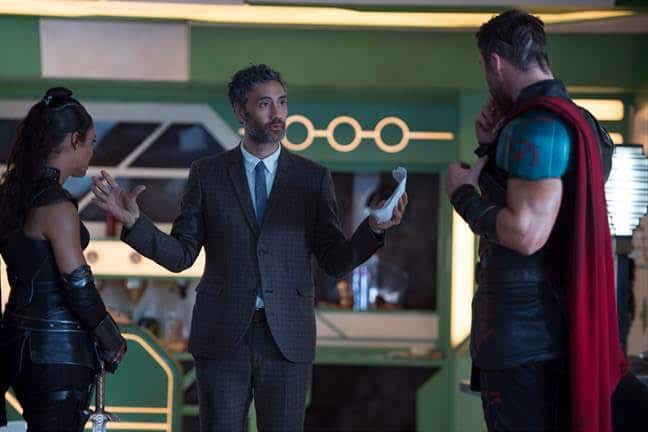 So Taika shared with us how on taking on this film, his goal was to learn and keep upping the game. He’d spent some time in Marvel offices as they assessed each other out, then hit the ground running, and he hasn’t had any regrets since.

Now for some even more fun news…In the upcoming release of Thor: Ragnarok, the film will introduce a slew of incredible new and colorful characters including “Korg”. He is one of the few characters that will befriend Thor, help him out, and eventually will become a reliable ally of Thor. Korg is 8-feet tall who’s made of rocks. He’s big, he’s a slugger who is not very much graceful. Note, the fictional character of Korg was first introduced in the American comic book series (The Incredible Hulk volume 2) that was published by Marvel Comics. This new character will be portrayed by none other than Taika Waititi himself! 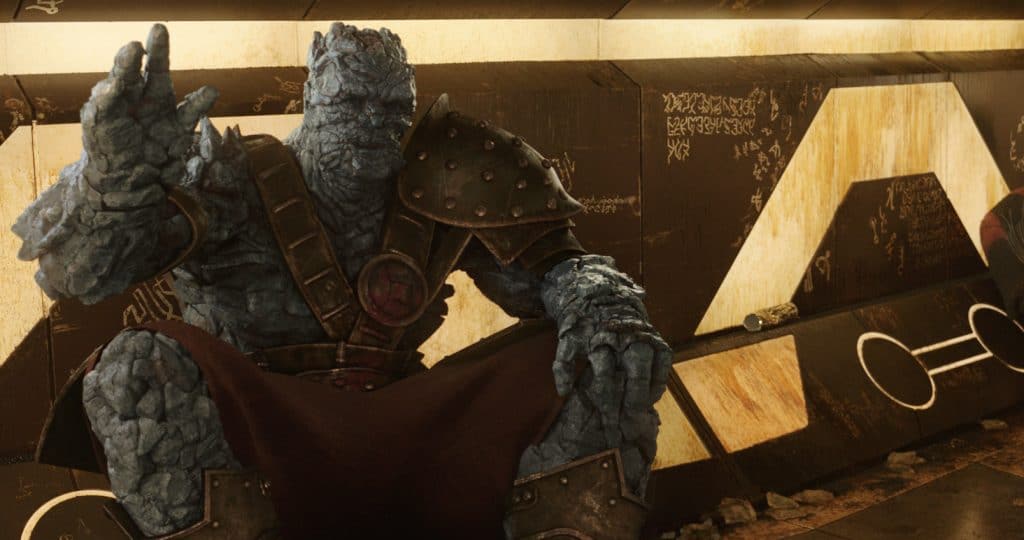 Yes, Thor Ragnarok Director Taika Waititi will be going a double duty. And we had to ask why, in the pressure of the major characters of Hulk and Thor, would he do that? “Because I’m a self-saboteur. Any chance I get to put my career at risk I’ll just do it” We had to laugh at that, even though we clearly know that is clearly not the case here. 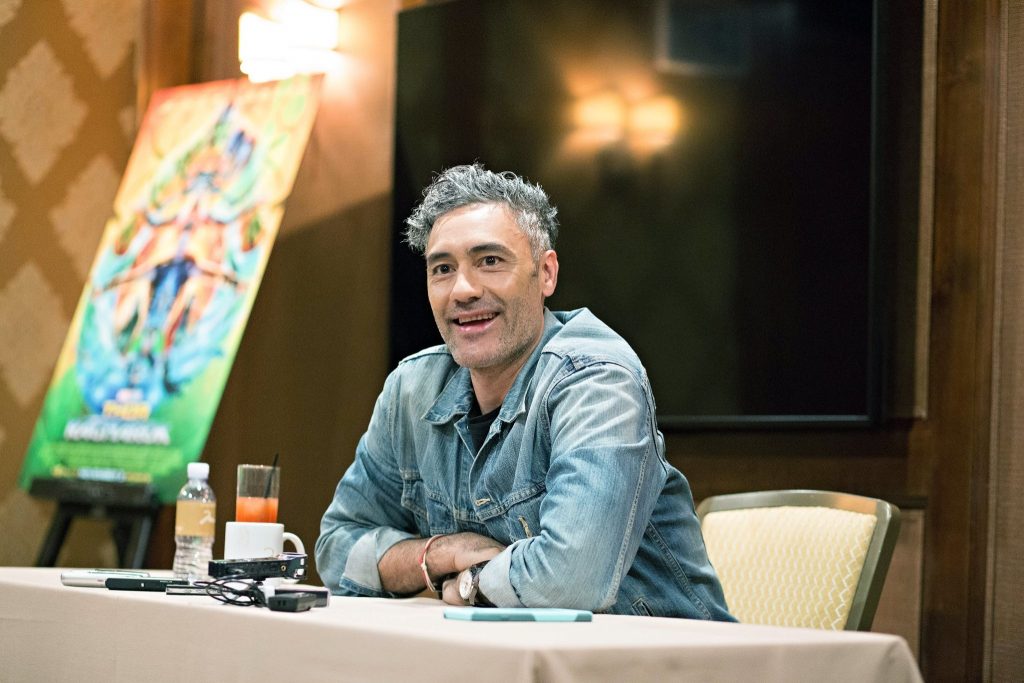 “With so many eclectic characters and crazy elements in this film you often need something grounding for the audience. Korg is very much the mother of the prison and yeah looks after everyone. I think audiences appreciate having someone that’s just down to earth and gentle ‘cause you need that. The film is crazy so it takes back.”

Taika shared that ALL of Korg’s dialogue was improvised!
“We would know pieces of information that we wanted to get across and so it was [decided that] he has to tell them.
There’s a lot of stuff in the film that’s adlibbed. We used the script on the film. I used the script as a kind of team play, as a sort of suggestion for where we can go. You write dialogue six months before you shoot, you think it’s amazing at the time but, you don’t even know what will change or [whether] it might be a bore, so it changes on the day.

Any Surprises for Taika?

As far as performances that Taika was particularly surprised about , he noted that –of course- he knew Jeff Goldblum’s character of Grandmaster would be good, but Taika says his favorite was Chris Hemsworth. “Just knowing how fun he is and how funny and charming…He often is the kind of makes you feel like “oh, man if you actually were Thor I would totally come and be with you.” I just love having the opportunity to give him free range to just be himself and to be charming and to be the favorite character. Particularly him and Mark [Ruffalo]…I think together when they’re bouncing off each other I love that.

Check out Thor: Ragnarok in theaters this Friday, Nov. 3rd!

Check out more exclusive interviews and footage from our Thor Ragnarok Event!

Watching Descendants 3 while still mourning the loss of Cameron Boyce
Lupita Nyong’o and Danai Gurira on the women warriors of Wakanda
Disney Princess Movie Collection Giveaway!
How to Throw the Ultimate Princess and Superhero Party for Girls!

« 3 Ways to Save on Last Minute Halloween and Fall Supplies with Flipp – PLUS $50 GC #GIVEAWAY!
Switching from iPhone to Samsung? Here are 12 Samsung Galaxy S8 Phone Hacks You Should Know »