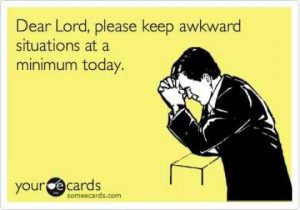 The other day, a pretty interesting conversation was had in my household.  My 5 year old, completely out of the blue, said to us:

“You know my friend X from school? His mommy is married, but her husband is a girl. He has two mommies!”

I did what any good mother would have done…I nodded my head, “OK, honey” and hoped the conversation would end.

Instead, she went on and on about how cool she thought it was to not only have 2 mommies, but to have a girl as a “husband.” She’s only 5, so while I hardly took that as her attempt at “coming out,” it was inevitable that it was time to have “the talk” about same sex marriages.

Now, my husband and I have already had some pretty uncomfortable talks with our kids – from “where to babies come from” to “why do boys’ private parts look different from ours?”  How well we’ve handled those…well, I guess time will tell.  But this here was a “talk” we just weren’t ready for. We’ve never prepared for this type of conversation, or imagined how it would go.  Hell, truth be told, we’ve never actually had this conversation with our own parents either!  (…and judging by all of the gay relatives who only surfaced in my late teens, I can pretty much guess how my parents went about handing the topic.)

The first thing I had to do was to make sense of what was really happening.   My daughter understood that her friend having two mommies was something different enough to bring attention to, but she didn’t know why.  She clearly didn’t understand this as a debate on homosexuality, gay marriage, religion, or any more of the complicated issues we adults have associated with this topic, nor did she really care to. So, I did a little research and formed the following tips on how to talk to your curious little ones about same sex marriages:

So moms and dads, have you had this talk to your kids about same sex marriages?  How did you handle it?

When #BetterMatters most... My 5 most memorable mobile moments of 2017
4 Natural First Aid Tips You Should Know
Paw Patrol - Monkey Temple Playset Review
Dos and Don’ts for Spring Cleaning

« The Cat in the Hat and a Future Puppeteer? @CtrPuppetryArts
Should you actually teach your kids to break the rules – Yes or no? »