I love a good party and I love, love, LOVE a good game night – always! And we are not going to let this quarantine stop any of the fun!  The concept of the “Virtual Party” has been all the rage lately because it’s a fun way to enjoy the company of friends while social distancing.  A virtual party is meant to be just like a traditional live party, but it is instead hosted on an online platform such as Zoom, Facebook Messenger, or the HouseParty app.  Virtual Parties can be for both kids and adults alike, although typically, the adult version of a virtual party is referred to as a “Virtual Happy Hour” because, well, just add alcohol. 🙂

In the past few days alone, I’ve been invited to all sorts of virtual game nights, virtual happy hours, virtual birthday parties and the like;  which have turned out to be tons of fun and a great way to pass the time.   I realized the kids actually really need this sort of virtual fun too, since their days have gotten just as monotonous. So, I put together a list of fun virtual party games for kids, adults and the whole family.   Here are some of my favorites, but if you have some you love too, please add those in the comments! 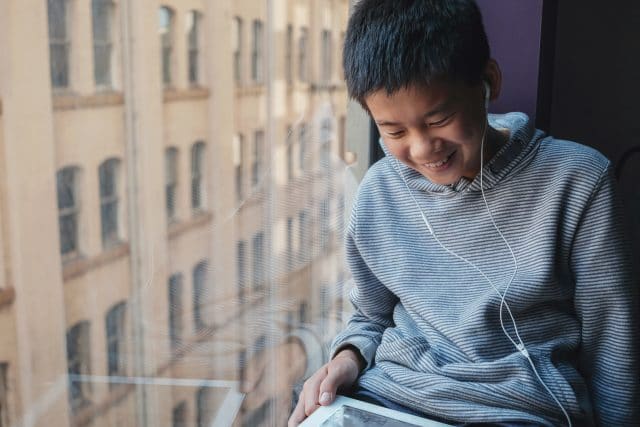 Again, any of these can easily work for your virtual happy hour.  Just add alcohol. 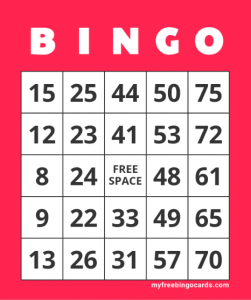 Our school’s PTA put this together for the kids and everyone had a blast!  Here’s how to arrange your virtual Bingo game:

This is a play on the traditional shower game “What’s in your Purse” where you assign a point value to some of the most common to most random items a person can have on them. For a virtual party game, you can ask all of your guests to attend from one particular room in their house and call out items for them to find nearby.  For example, if the virtual party is taking place in the living room, you can task your guests with finding a set of keys for 1 point, a candle for 3 points, and something random such as a pair of tweezers for 5 points.

This is actually an ideal game for a virtual party.  The idea is just like it sounds.  One person mouths a phrase and the other players have to guess what they said.  This game often goes awry when playing in person, but for a virtual party, it’s easy for that person to just mute their screens and say the phrase.  Have each person write down their answer rather than say it aloud for the most fun guesses!

The site Let’s Draw It allows users to create free “game rooms” for Pictionary.  Each guest would just have to sign up for the site and share their screen when it’s their turn.

Never Have I Ever

Yes, I know this is typically a drinking game, but there’s a fun way to play this with kids. For example, instead of taking a drink each time, kids have to stuff a marshmallow in to their mouths. 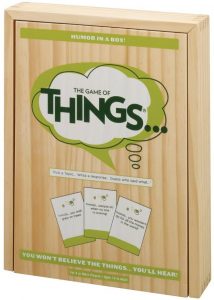 The Game of Things

The Game of Things is a new game to me, but it’s a lot of fun!  It literally says “humor in a box” and I have to say this is an accurate statement.  The premise of the game is that one person reads the question off of the card (whoever has the game in their possession)  and the other players respond with their most original answers.  In the live version of the game, whoever read the card is supposed to guess who said what, but for a virtual party, they could instead just select whose statement is the funniest as you would for other similar games like Cards Against Humanity or What do you Meme.

It’s typically for slightly older kids, but you can adjust the game as needed to make it more suitable for younger kids.

Of course, with this being a virtual party, you’ll want to make sure your list of requests are things that are easily seen or heard to see who’s eliminated from the game. And once a player is out, they have to turn their screens off.  Tip: If you have a bigger group of people, it’s a good idea to also have a second person moderating the game.

Same ole game we know and love.  Tried and True.

My kids play this one on Roblox all of the time.  It’s pretty simple and ideal for more intimate games.  Each person takes turns posing the question of “Would you Rather A or B?” and each person makes their selection.  Depending on how outlandish the question is, the game can get pretty funny.

2 Truths and A Lie

This one is often a great icebreaker for any gathering and it’s no different for your virtual party.  Each person states 2 true things about them and one (believable) lie.  Others have to try and guess which one is the lie.

The HouseParty App is a really easy way to host a virtual party and game night.  The app is available on IOS and Android. Once you and your friends are connected, you can select any of these games and play with your friends.

I’m still exploring this AirConsole Games platform, but I’ve found a lot of virtual games for kids and adults here.  The only caveat is that playing these games involve both a computer and a smart phone to play, so it takes a bit more effort. Here’s how it works:

1. One person logs on to AirConsole.com and selects start.  At the virtual party, they would also share their screen for all to see.

2. Players are assigned a number code to enter via their smart phones after opening the site from a phone browser.

3.  A game is selected and essentially, players use their phones as game controllers.

Some of the games available here include:

Cards Against Humanity (adults only)

Even when we can’t be together, virtual escape rooms are a great way to connect with friends and family and have fun at the same time!

My friends and I recently tried out The Escape Game Remote Adventures virtual escape rooms and had an absolute blast. Not only was it a fun way to switch up our weekly virtual happy hours, but just a cool experience overall.  I highly recommend the The Escape Room because I’d already loved their live experience and can honestly say, they’ve gone above and beyond to make the virtual room as close to the real thing as possible. Learn more about our experience HERE.

So here you have it…social distancing doesn’t have to be the end of all fun things thanks to these awesome virtual party games for kids and adults.  Do you have a fun virtual party game to add to this list? Share in the comments below!

10 Things that are not canceled due to Coronavirus 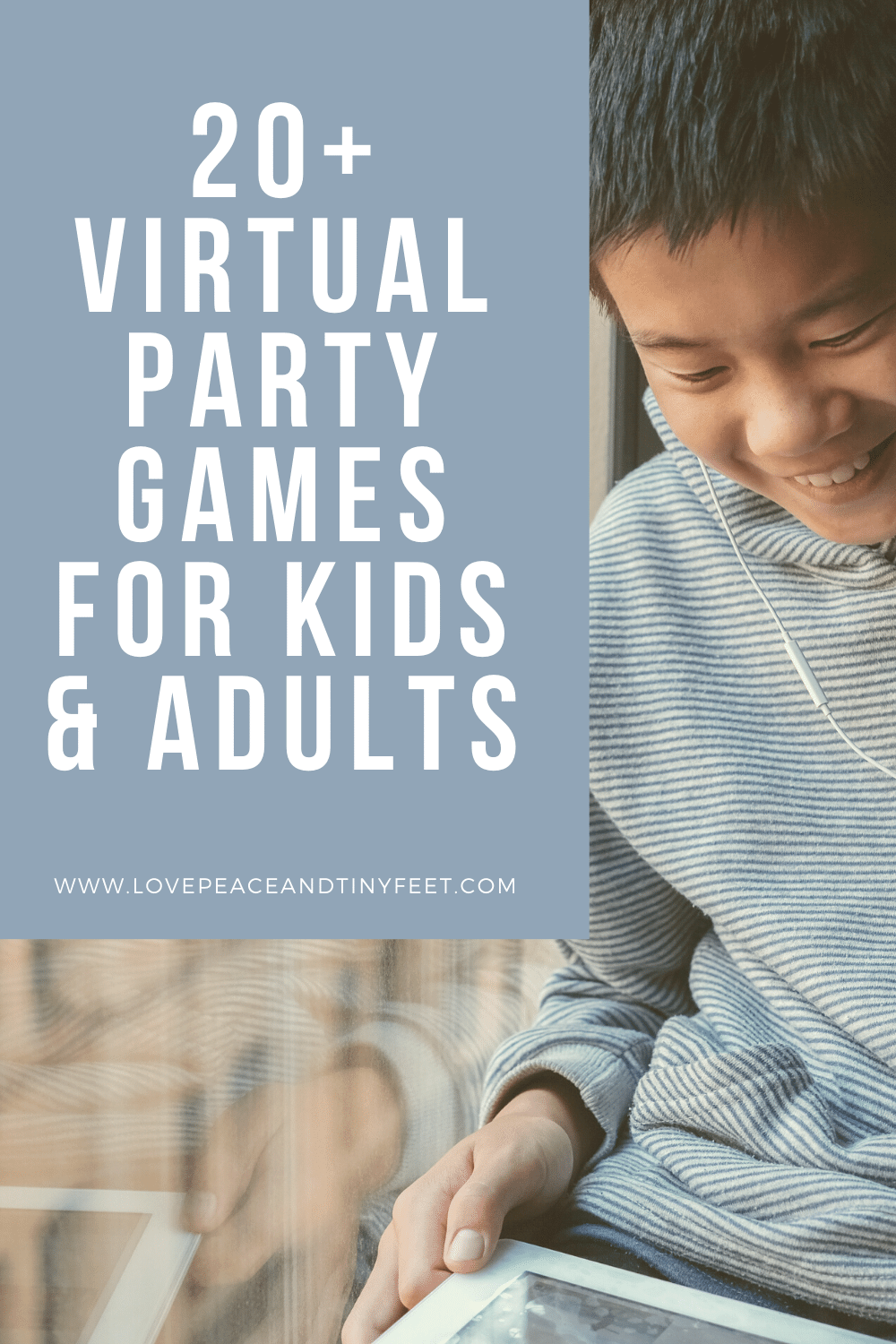