Where was Ant-Man during Infinity War?

Following what could only be described as the devastation left behind after Avengers: Infinity War, we were left with so many questions, including the status of our favorite family man/superhero, Ant-Man.  As fans will recall, we last saw him in Captain America  Civil War, but completely out of the fight in Infinity War leaving us to wonder, “Where was Ant-Man during Infinity War?” “Did he get destroyed by Thanos?” “Is he still in communication with Dr. Hank Pym and Hope van Dyne?”

Well, Ant-Man and the Wasp gives us our answer to these questions and more! 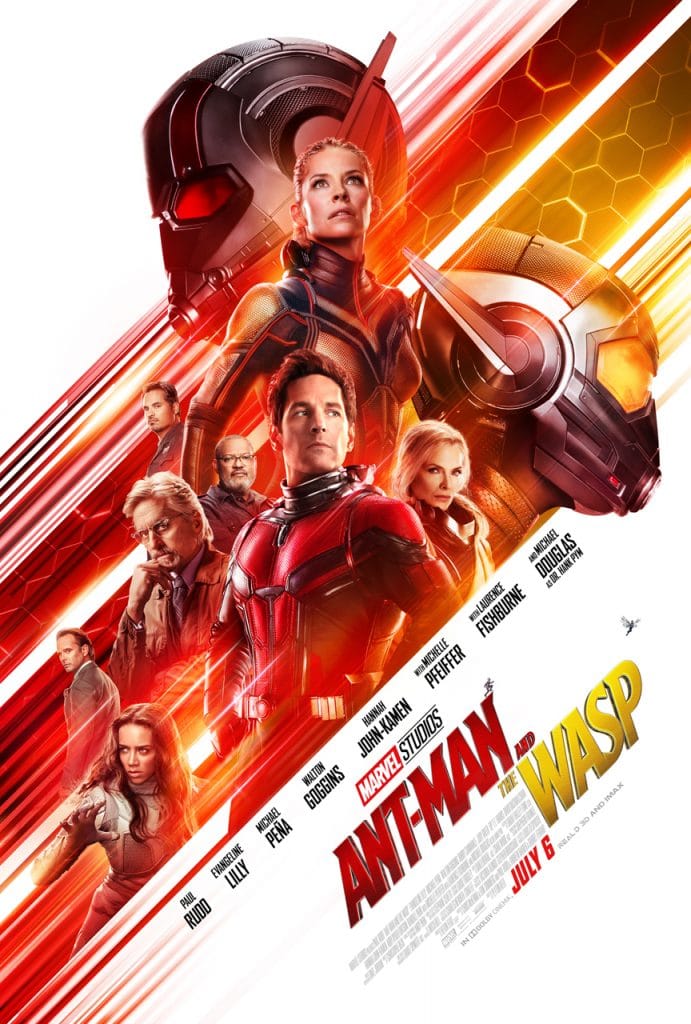 From the Marvel Cinematic Universe comes “Ant-Man and The Wasp,” a new chapter featuring heroes
with the astonishing ability to shrink. In the aftermath of “Captain America: Civil War,” Scott Lang grapples
with the consequences of his choices as both a Super Hero and a father. As he struggles to rebalance his
home life with his responsibilities as Ant-Man, he’s confronted by Hope van Dyne and Dr. Hank Pym with
an urgent new mission. Scott must once again put on the suit and learn to fight alongside The Wasp as
the team works together to uncover secrets from the past.

That said, here are some of the answers you can expect from Ant-Man and the Wasp: 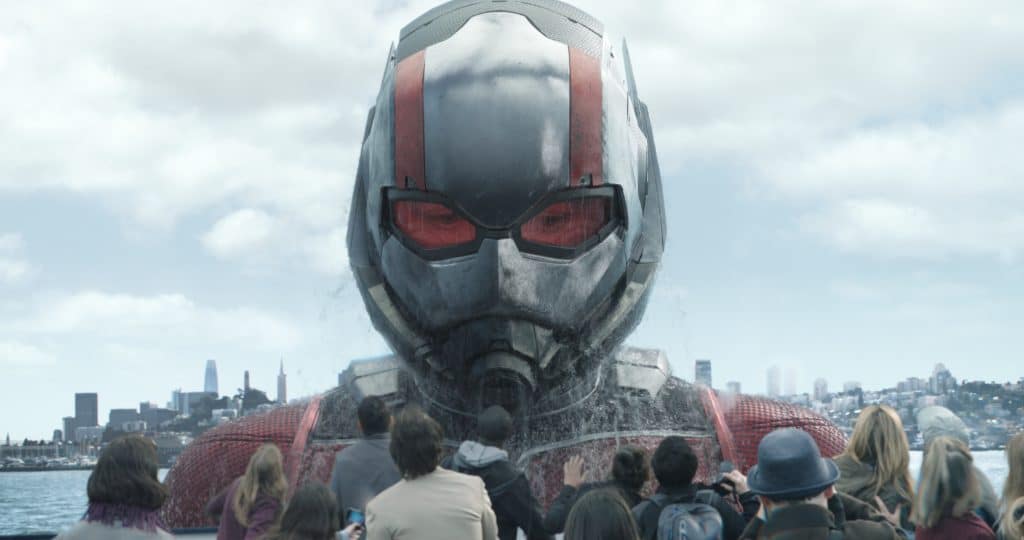 Overall Review of Ant-Man and The Wasp

As much as I enjoyed the first Ant-man, I can tell you I enjoyed this one just as much or maybe even a little more.  It brings audiences the same mix of a family friendly viewing experience with the exciting and action-packed scenes that keep you on the edge of your seats with that comfortable predictability. (Actually, I take that back…keep reading.) It’s hilarious and fun with those incredible comedic moments brought on through the awkward dynamic between Ant-Man and Dr. Hank and of course, those funny stories told only as Luis (Michael Pena) could tell them.

A big win for Ant-man and the Wasp is the introduction of Marvel’s first ever female superhero to be named in the film title.  Evengeline Lilly plays the Wasp in this sequel and brings the character to life! We had a hint of this during either the mid or post credits scene following the first Ant-man when Dr. Hank reveals the Wasp costume to his daughter Hope.

Ant-man and the Wasp also introduces 2 new characters from the comic books that introduce a slightly complicated love-hate element to the film.  The character of Bill Foster (Laurence Fishburne) and Ghost (Hannah John-Kamen) enter the MCU and bring that perfect combination of destructiveness and a heartfelt realness that will ultimately complicate how you feel about them by the end of the film.  That’s all I can say right now. 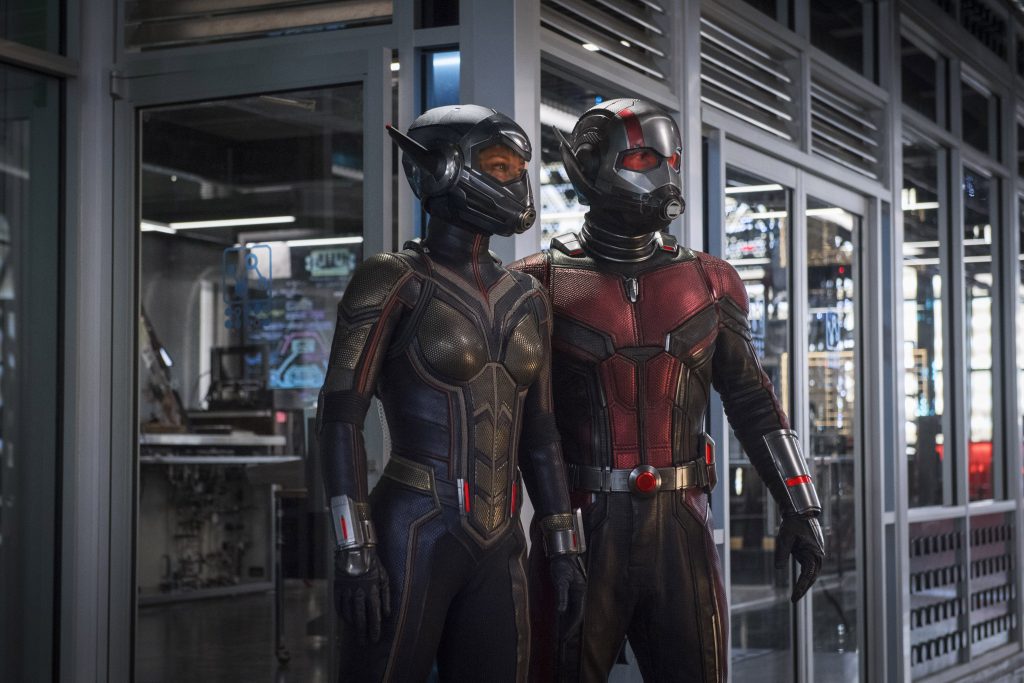 Is Ant-Man and the Wasp Appropriate for Kids?

Ant-Man is still the most family-friendly of Marvel films.  There are a few S-word bombs dropped and standard non-bloody fighting, but I would absolutely deem it appropriate for kids.

Marvel films to see before Ant-Man and The Wasp

Of course, you should see the first Ant-Man movie to familiarize yourself with the Ant-Man’s storyline. Next, you definitely need to see Captain America Civil War to catch you up on where things left off with Ant-Man prior to this film.  Finally, go see Infinity War if you haven’t already! No, Ant-man is not in the film, but the mystery of where was Ant-man during Infinity War does sort of lead you to this film.

Is Ant-Man and the Wasp Predictable or Not?

Ok, in all honesty, I would have told you before that the Ant-man story line was possibly the most predictable of the MCU.  All I can tell you without revealing any spoilers is to make sure you stay in the theaters through the mid and post credits scenes for the biggest surprise!  Fun fact, during our interview with Laurence Fishburne, we learned that it was even a surprise to him that elicited a loud expletive scream just much like the rest of us!  So, whatever you do…DO NOT LEAVE THE THEATER RIGHT AFTER THE MOVIE ENDS!

Marvel's Doctor Strange in theaters this Nov.! View the official trailer here!
5 Easter Eggs from The Little Mermaid To Watch For This Time Around
Bonus Features of Disney Pixar's Coco
Lupita Nyong’o and Danai Gurira on the women warriors of Wakanda

« Introducing the new Pulte Smart Home – The home of the future is here!
Duty, Diligence, and Doubt: An update on our guitar lessons at Guitar Center: »