As many of you who follow me are aware, this week, I had the opportunity to attend the World Premiere of the incredibly highly anticipated Marvel Film, Black Panther.  I’d, of course, attended my first Marvel red carpet premiere of Thor:Ragnarok a few months ago and I know that Marvel does a brilliant job of bringing all of the mythical beauty contained in these films to life on the red carpet. 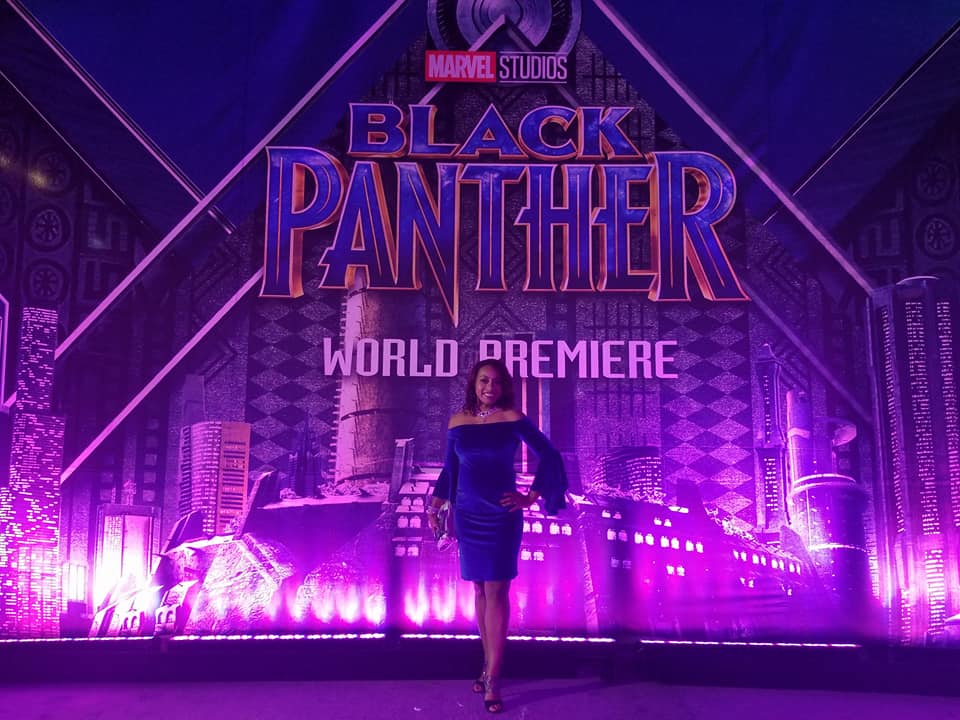 Black Panther takes place in the the futuristic land of Wakanda – a nation far advanced in technology, knowledge, wealth and power, all while maintaining a culture deeply rooted in the African tradition…And the Red Carpet Premiere of the film was also all of these things!

My dress was designed by Nataja Zanelle of Diamond Lush. We decided on a simple, yet classic look for the red carpet, in one of my favorite colors – royal blue! 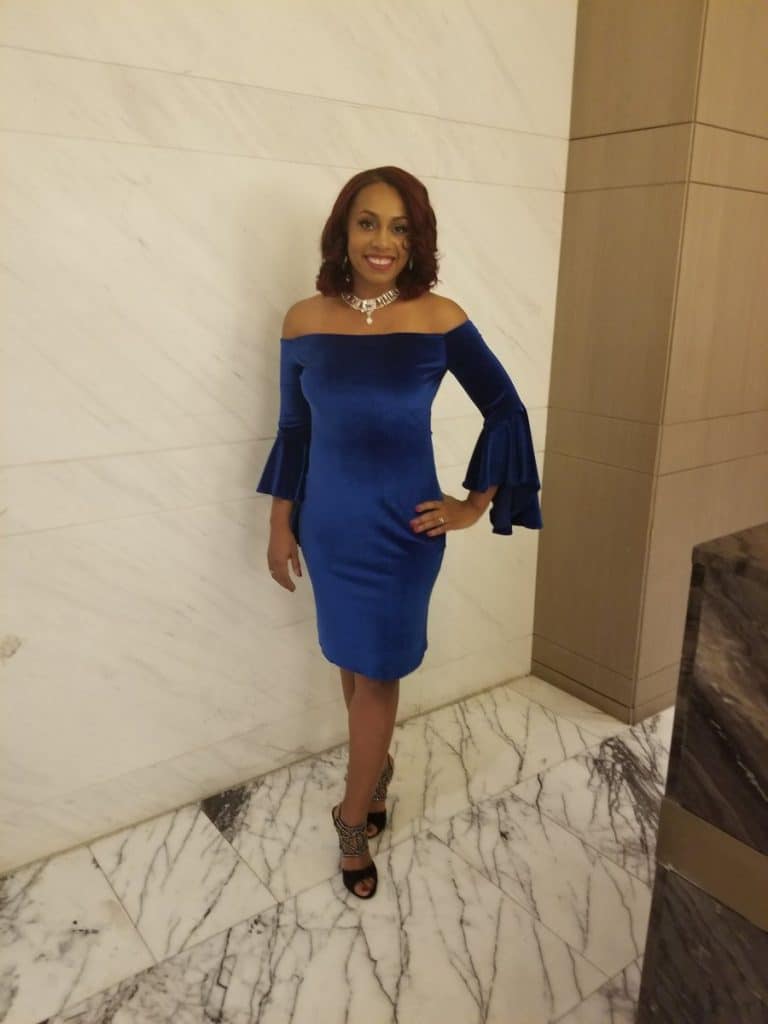 First and foremost, what better way to exude all of the royalty and regalness of the film than with a purple carpet? The red carpet was actually purple and led us all to the location of the screening which was taking place at the Dolby Theatre-the same location as the Academy Awards!  The carpet was filled with elaborate designs, costumes, and scenery resembling what we can only imagine on a Wakanda carpet.

People always ask me what it’s like on a Hollywood Red Carpet and I keep repeating the fact that they’re all so different.  A few things they have in common is the fact that they are star studded and they are rushed.  For bloggers, this usually means that we have just a little time to walk down the carpet, meet and interact with the stars, and take our pictures before we have to get to the theater for the start of the film.  This one was somewhat similar in that regard, however, I had a little more time to chat with some of the stars whether in line before security, at the end of the carpet in the photo area, as well as in the actual theater prior to the start of the premiere (although our cameras were confiscated during our time in the theater).

One of the highlights of my evening (if I had to choose one) had to have been getting a chance to meet and talk to Sterling K. Brown and his wife Ryan Michelle. Of course we love Sterling from This is Us, but I’ve been following BOTH of them since Army Wives years ago.  So, yeah, there was a little fan girling going on there.  What stunk was the fact that I didn’t have my camera at the time to take a pic with them, so now I’m wondering if it really even happened. *sigh*

Jamie Foxx was there with his adorable daughter and although I expected a little more comedic of an interaction, he was instead just very kind and filled our entire group with compliments.  Again, no camera, so did it really happen?

Here are a few more of the stars I got to meet and actually snap a photo with: 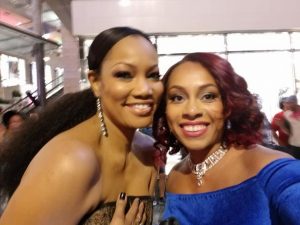 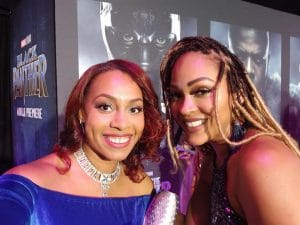 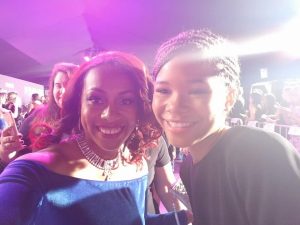 Storm Reid of the upcoming A Wrinkle in Time[/ezcol_1third_end] [ezcol_1half] 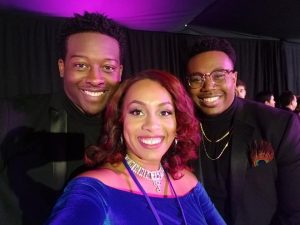 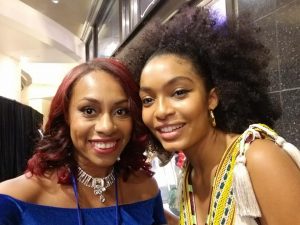 The stars of the film showed up with some of fiercest red carpet looks!  The theme of the evening was African Royalty and they delivered! Starting with the cast of Black Panther (Photo credit: Jesse Grant & Alberto E. Rodriguez /Getty Images for Disney) 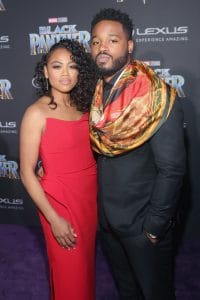 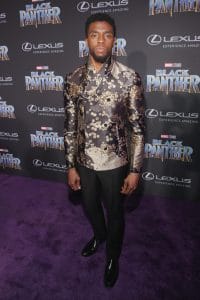 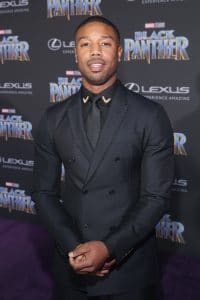 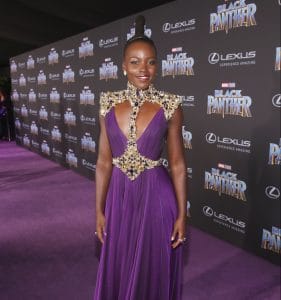 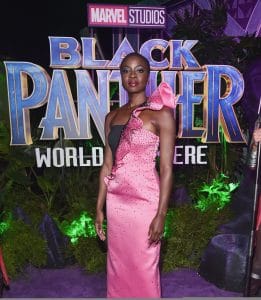 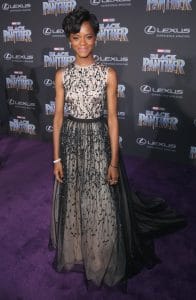 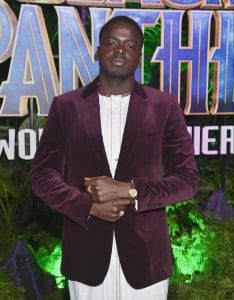 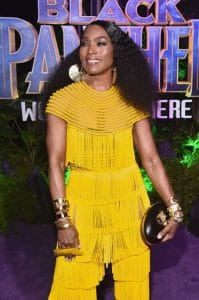 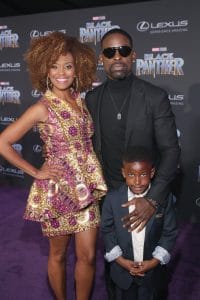 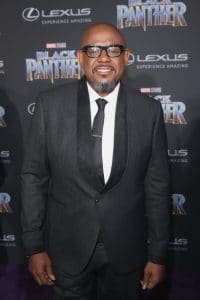 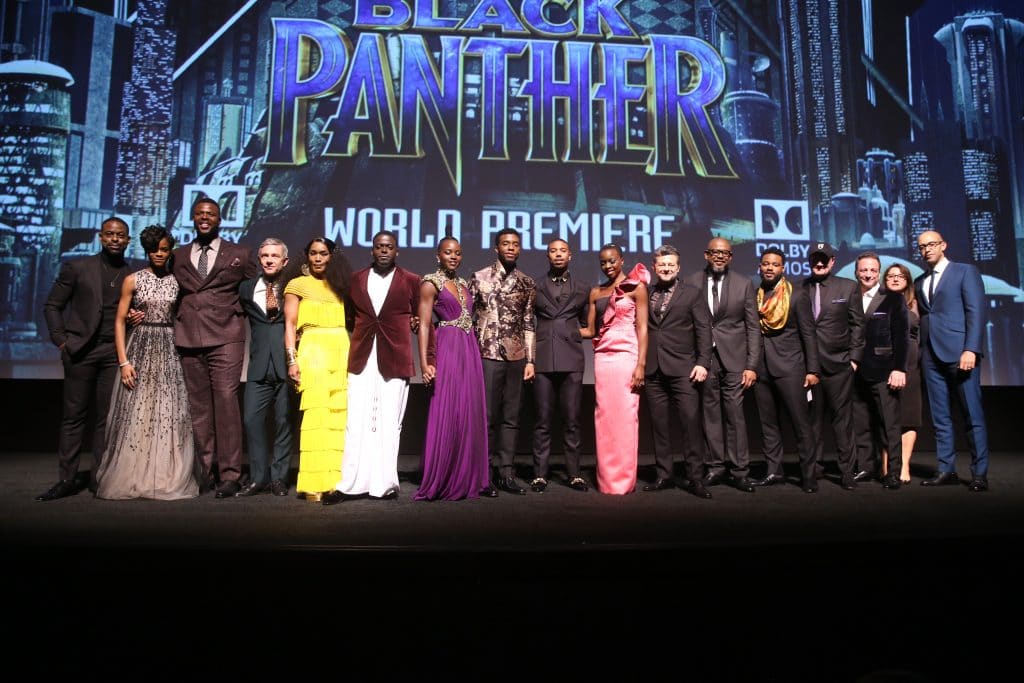 More Stars on the Purple Carpet

I sort of expected the Black Panther Premiere to be one of those who’s who of Hollywood sort of events. I was right.  From Ava DuVernay to Snoop Dogg to George Lucas – there were more stars here than I even had a chance to meet! 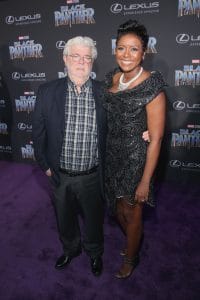 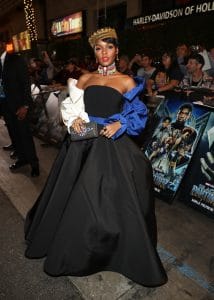 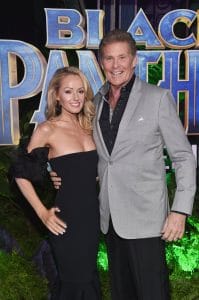 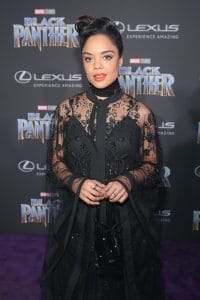 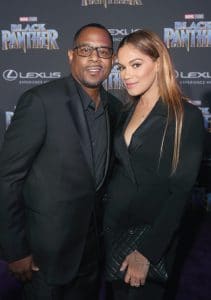 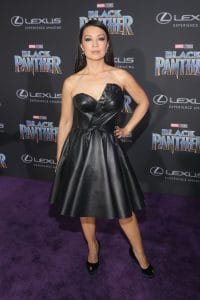 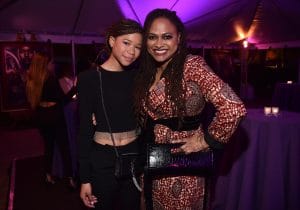 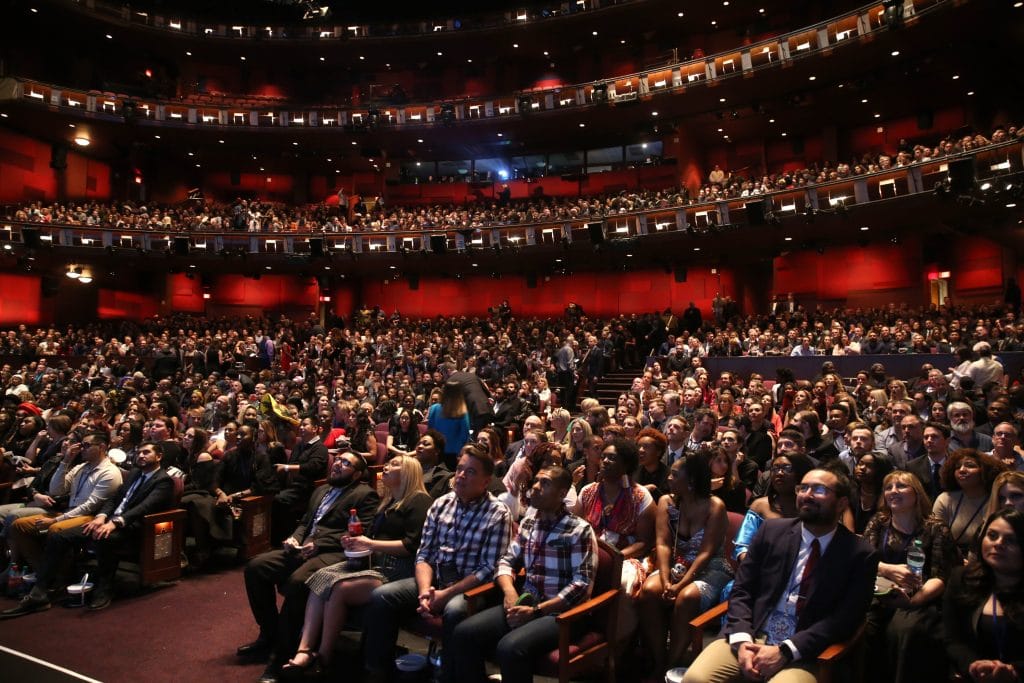 Needless to say, the highlight of the night was our special viewing of the movie Black Panther.  It’s always the most special experience because you get to see the movie for the first time, just as the cast is seeing it for the first time.  The crowd reactions – the loud cheering when Angela Bassett appears on screen- are among the things that stand out most about this viewing experience.  Ps: that’s our group in the 2nd row! 🙂

I seriously can’t wait to tell you guys about the movie (under embargo until Tuesday), but I can tell you that it got a very well deserved standing ovation when it was over.  Here’s a trailer below and make sure to go see it when it comes to theaters on 2/16!

Lupita Nyong’o and Danai Gurira on the women warriors of Wakanda
What is NaBloPoMo? You know you wanna know...
Here's what your family will love about the UniverSoul Circus Experience!
Top Holiday Gifts for Thor Ragnarok Fans + Giveaway!