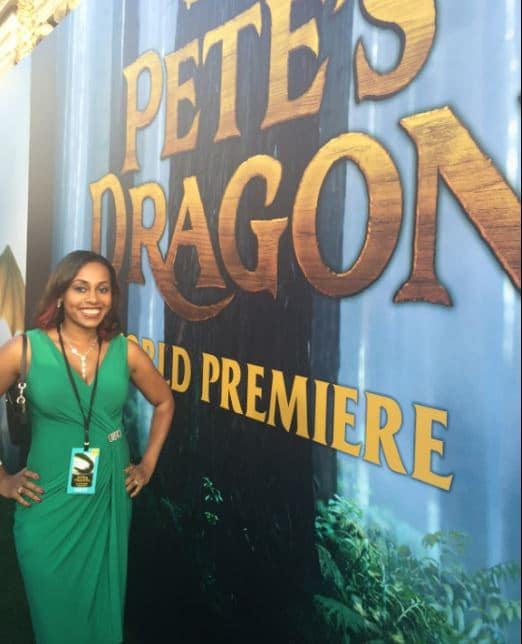 As most of you know by now, I had the chance to experience my very first LA red carpet experience this week for the upcoming movie, Pete’s Dragon (opening in theaters 8/12)!   Now that I’m back to town, the question I get asked most is…you guessed it… “HOW WAS IT?”

Well, to sum it all up, the entire experience was truly amazing.  It was far more than just the fanfare and being around the popular celebrities.  It was an opportunity for me to learn so much more about the Disney film making experience, to meet some of the most brilliant people in the industry, to connect with similarly brilliant other bloggers and to just be privy to many of the coolest behind the scenes tidbits that go into the creating the movies my family loves.  Yes…it was all of that!

It was also extremely busy!  I have to remind my family and friends sometimes that this is actually considered work.  It’s work that I love and wouldn’t trade for most things, but it’s still work in the sense that I’m forced to be challenged, think on my toes, and put in the time and effort to be better. 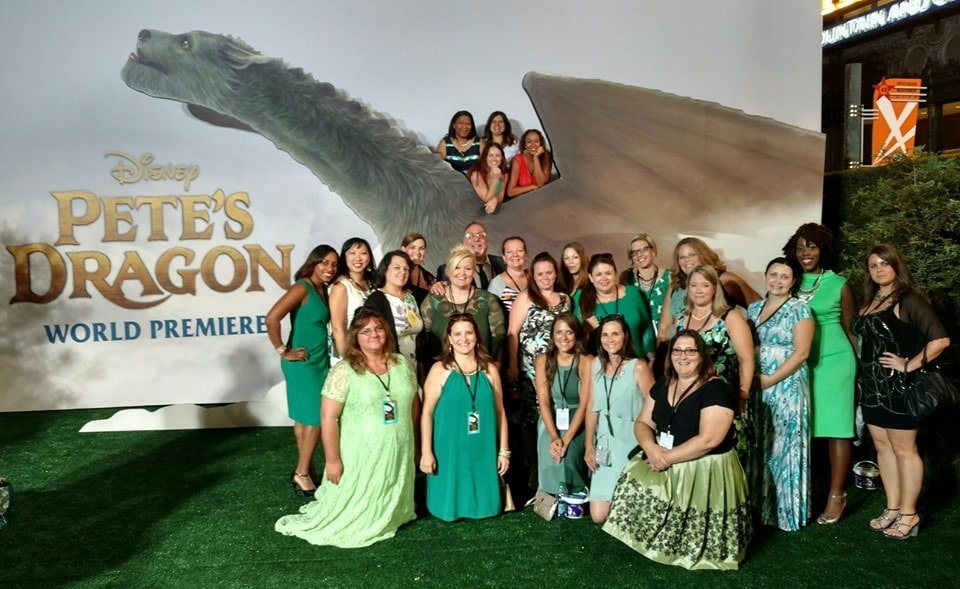 I along with 24 other bloggers, had a jam-packed schedule each day filled with movie screenings, interviews, networking and more.  It’s way too much to fit in just one post, so I’ll break each part of the trip down into several posts over the next few days.  Here are some of the highlights of our adventure to Los Angeles for the entire Pete’s Dragon Event and my red carpet experience:

Who couldn’t love a premiere party in LA?  We’re talking food, drinks, decor, and of course a who’s who of celebrities in town for the premiere! I’ve been to quite a few celebrity parties before, but one of the differences with this one I’d say is that since it’s a Disney movie, a lot of celebrities were there with their families.  I have to say it’s pretty cool seeing them most genuinely in their elements.  I couldn’t get pics of everybody there…because the one rule we had was, “Don’t be weird!” So, on the strength of me not trying to be weird, here are some faces you’d recognize. 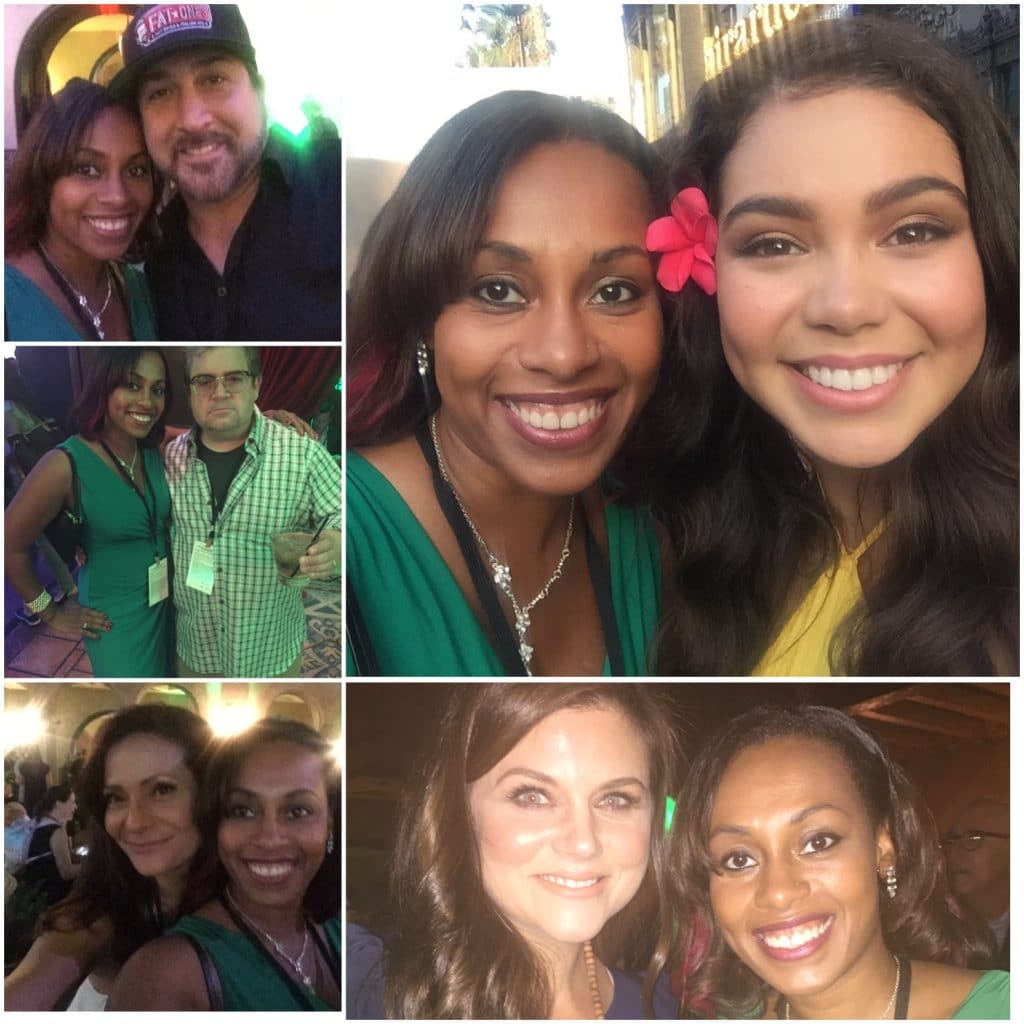 And then there was that one time I rode a dragon… 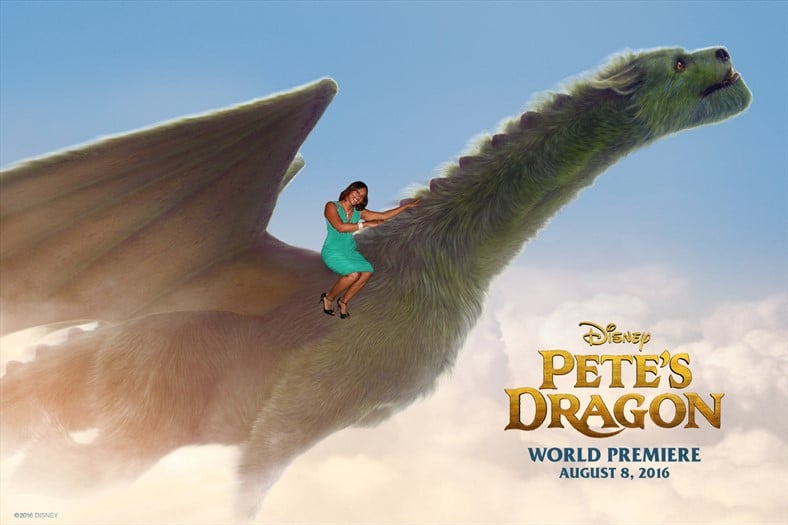 Ok, here’s a biggie…the red carpet was actually green!  It’s usually red, but went with green this time in honor of Pete’s Dragon.  It’s also not this thin strip of carpet like you see in the movies. It’s a wide carpeted area with multiple backdrops of the movie, blocked off to everyone besides ticketed guests of the premiere (including celebs) and select media.  There’s also a bunch of fans standing near the opening of theater behind the barricades, fully equipped with their cameras and regularly shouting the names of the celebrities in the hopes that they’d glance over for a picture. 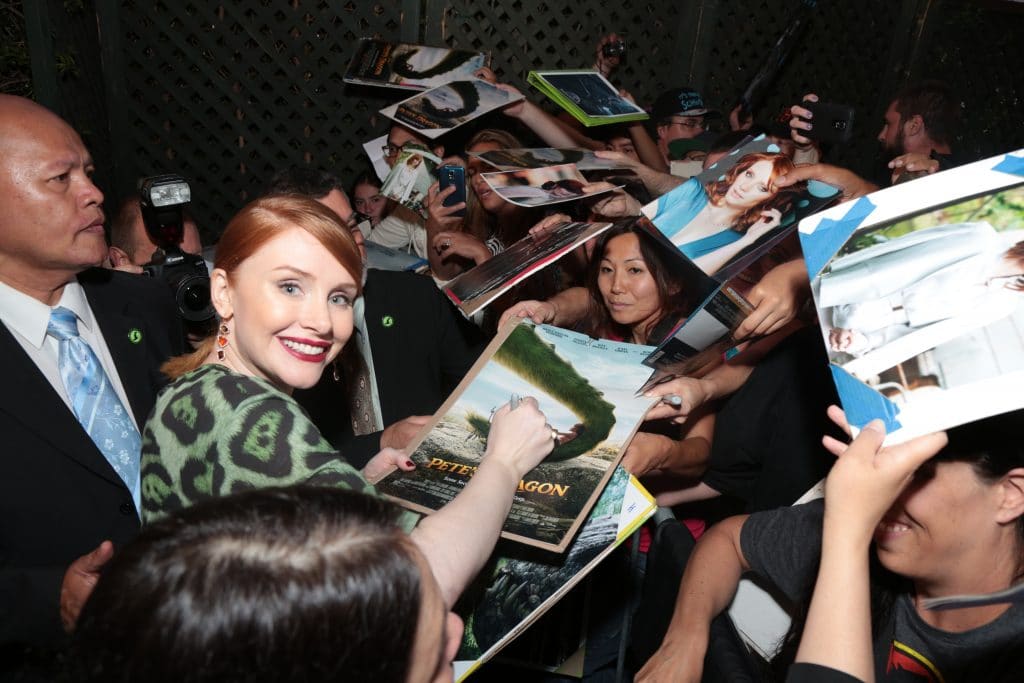 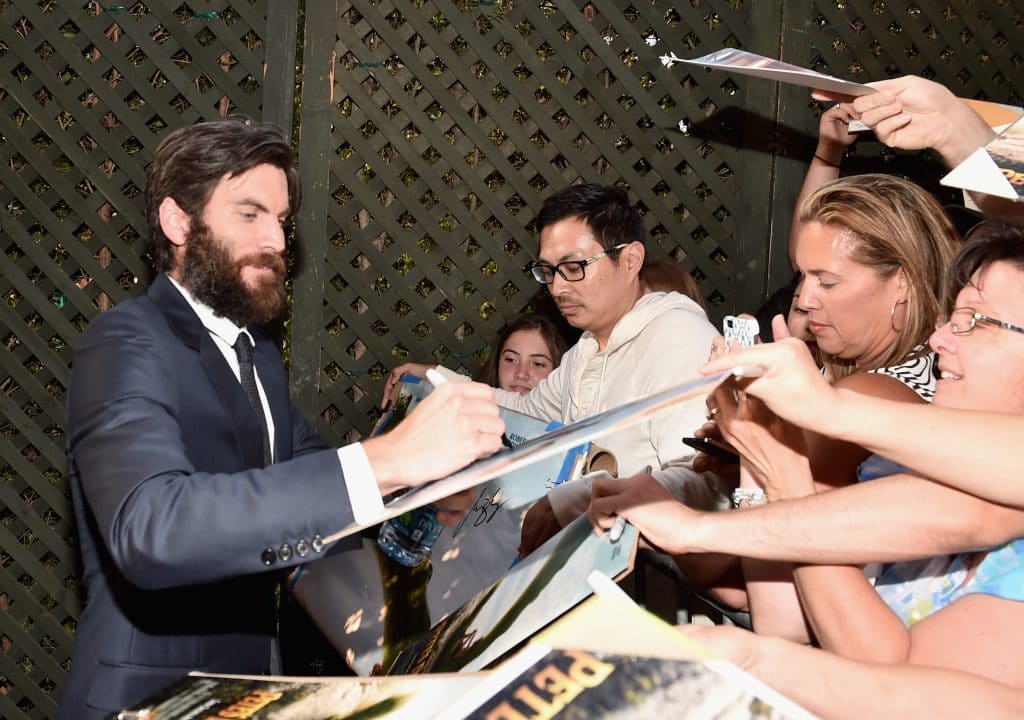 Wes Bentley arrives at the world premiere of Disney’s “PETE’S DRAGON” at the El Capitan Theater in Hollywood (Photo by Alberto E. Rodriguez/Getty Images for Disney ) 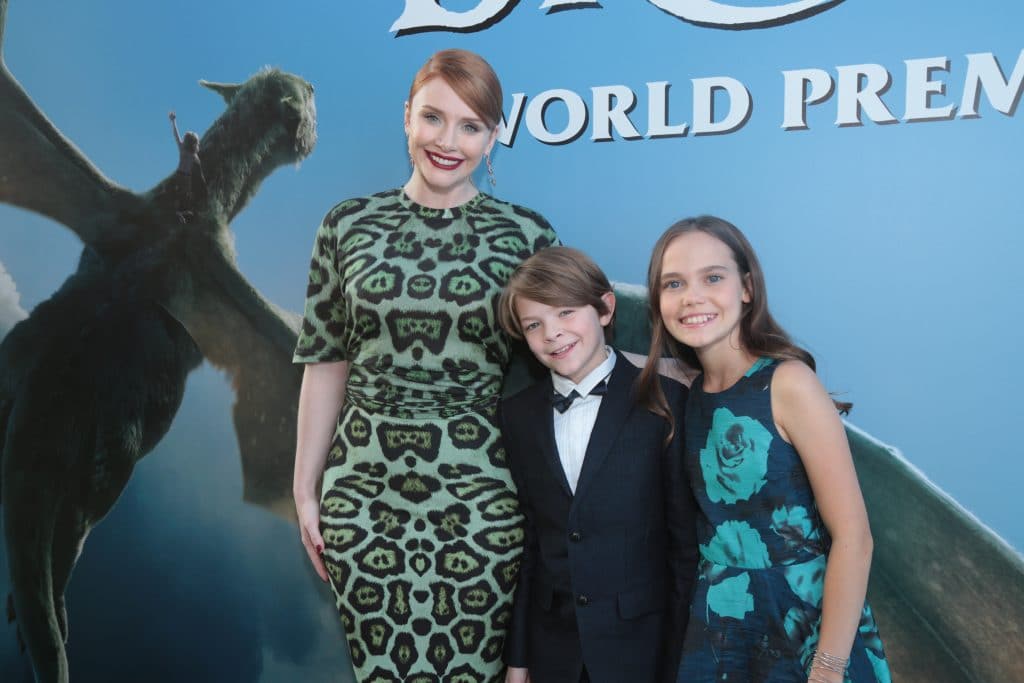 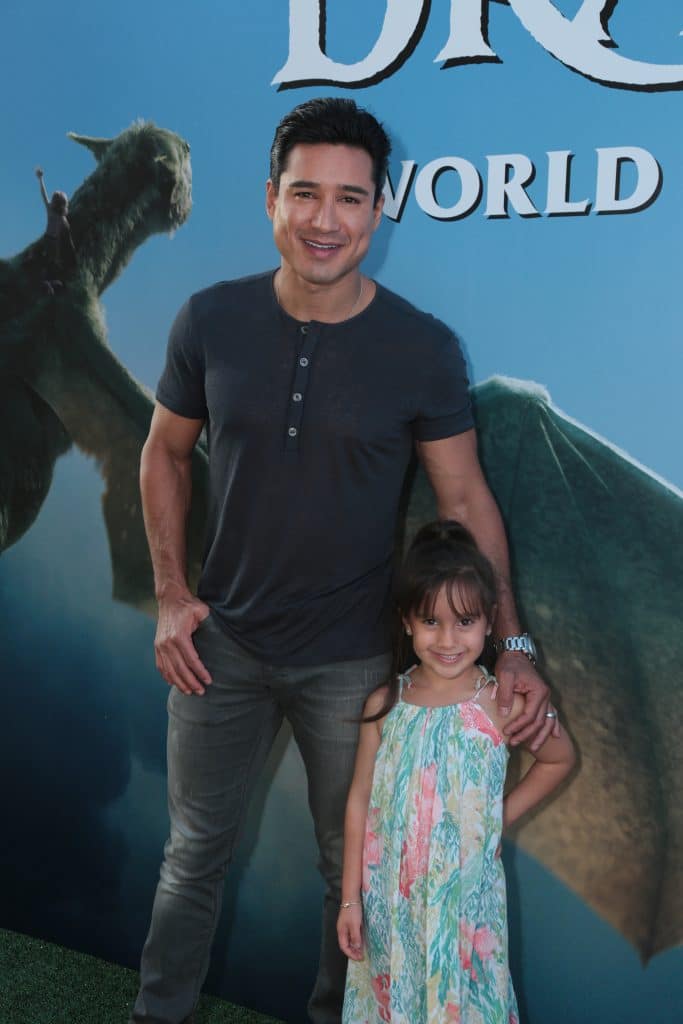 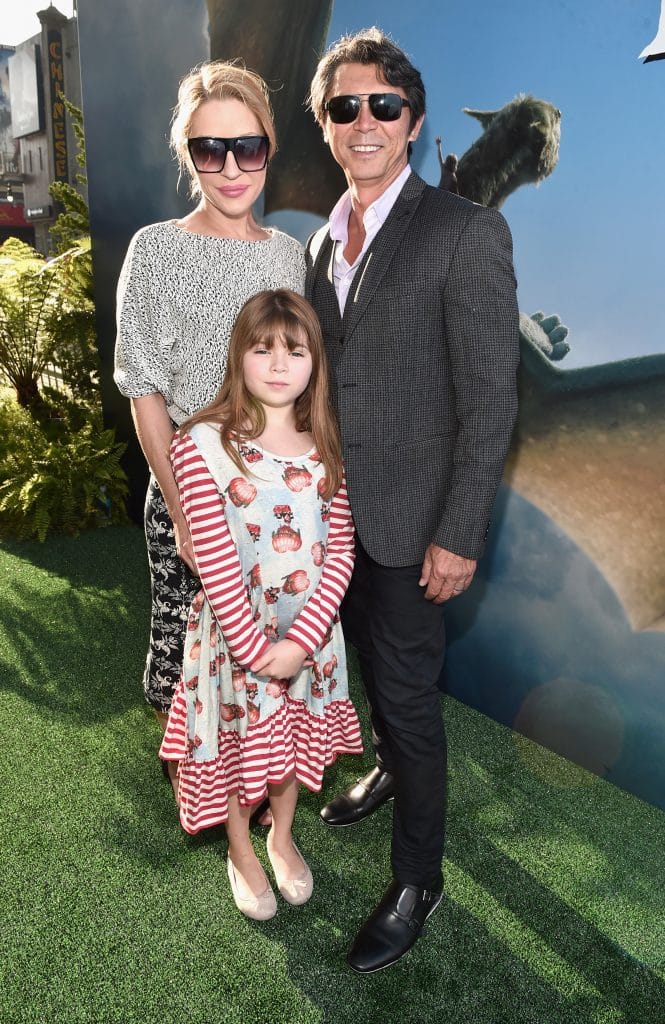 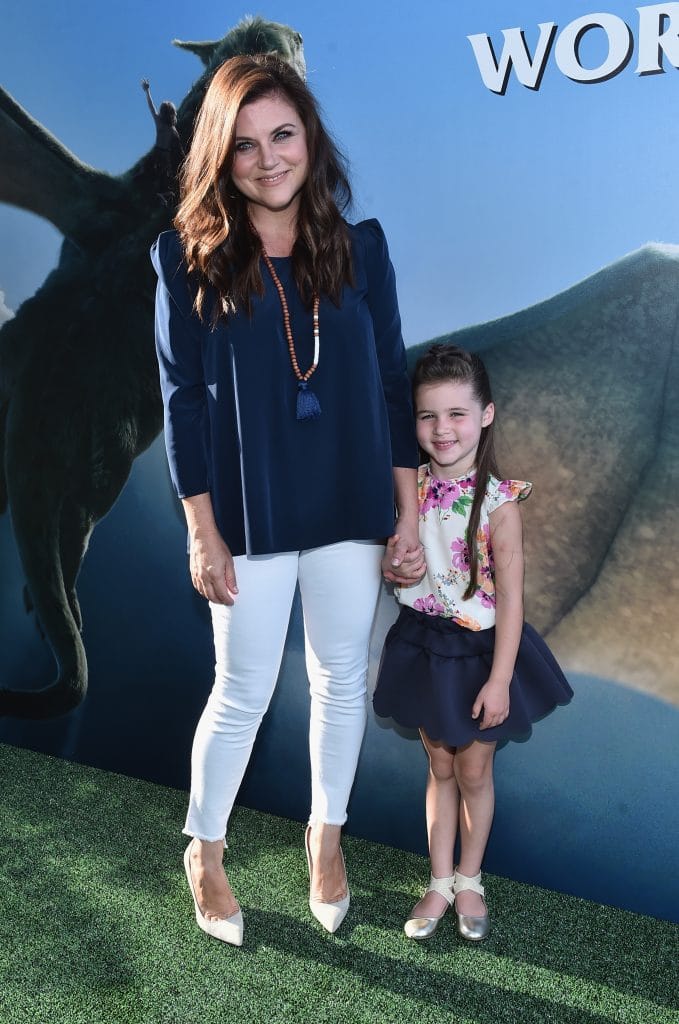 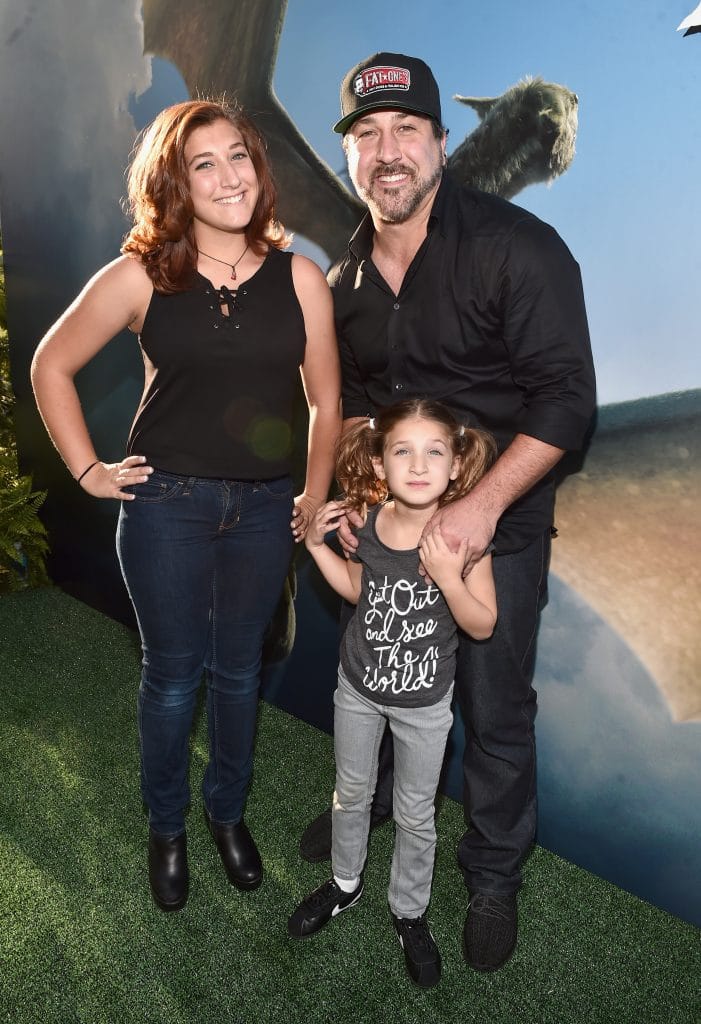 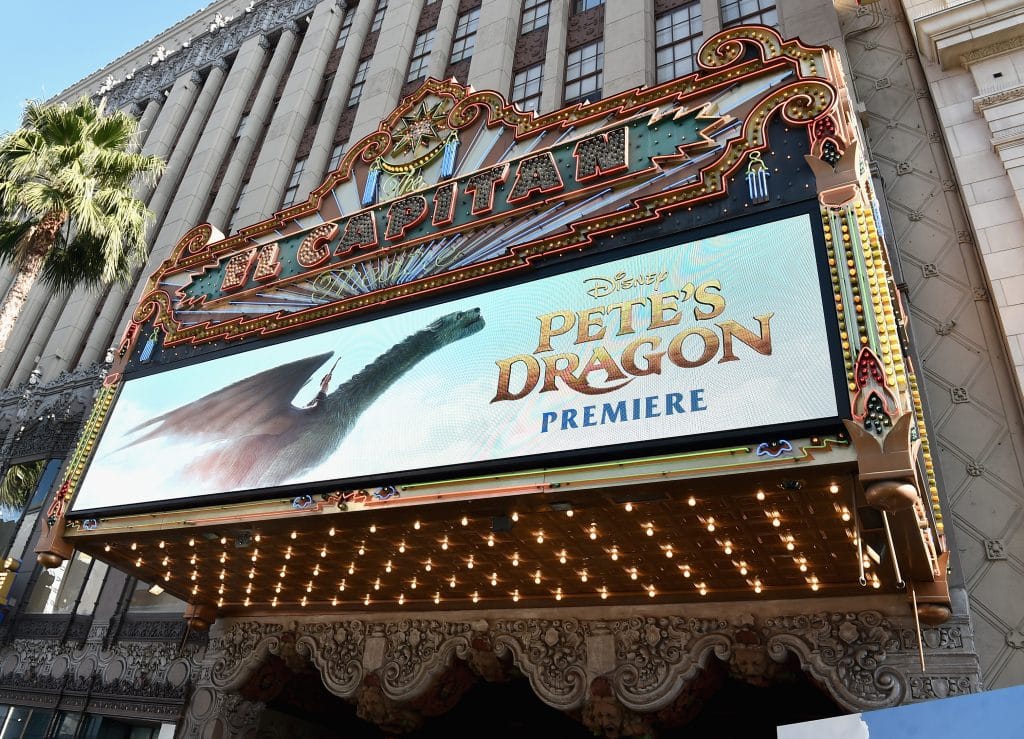 Finally, we made it into the legendary El Capitan Theatre for the official premiere of Pete’s Dragon.
In the theater, there’s a man playing an organ (which I learned is affectionately named “Ethel”) while the theatre fills up in anticipation of the movie. At show time, the organ descends into the stage and the curtain opens for the movie.
The energy of the crowd is especially exciting because there are genuine supporters of the film – stars, filmmakers, producers along with their families. We applaud when it starts and we applaud as the credits roll.  Just an amazing night and experience I will never forget! 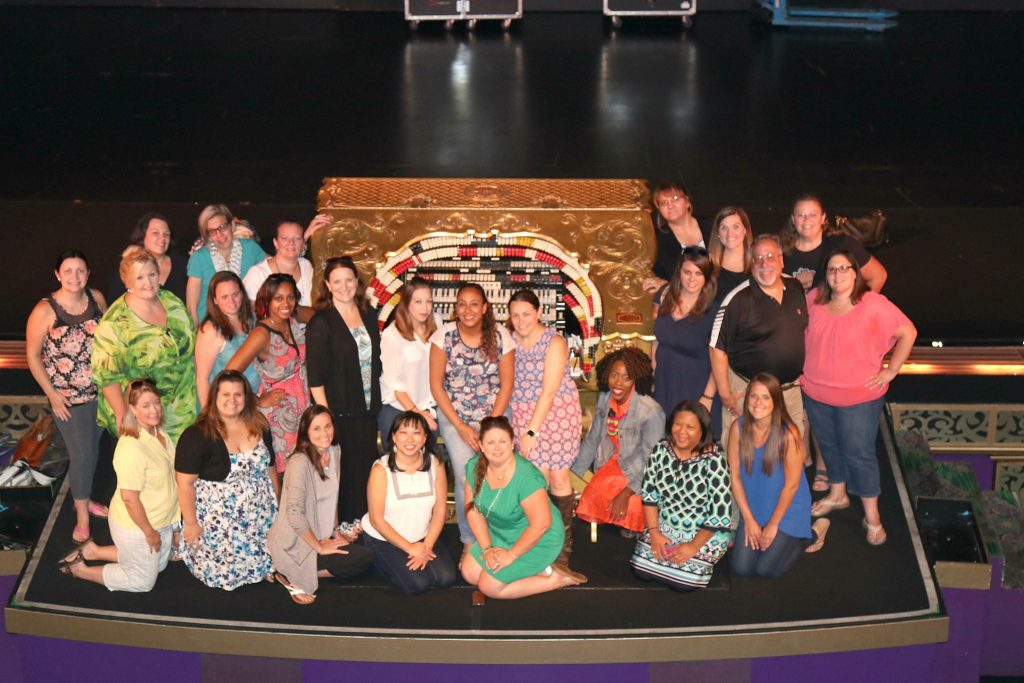 Meet the characters in Toy Story 4 and bring them home from Best Buy!
Marvel’s Black Panther is one of the most revolutionary films of our time. Here’s why…
My girls got a message from Pumbaa from The Lion King!
The New Jurassic Quest Drive Thru Dinosaur Adventure - Here's what you should know!