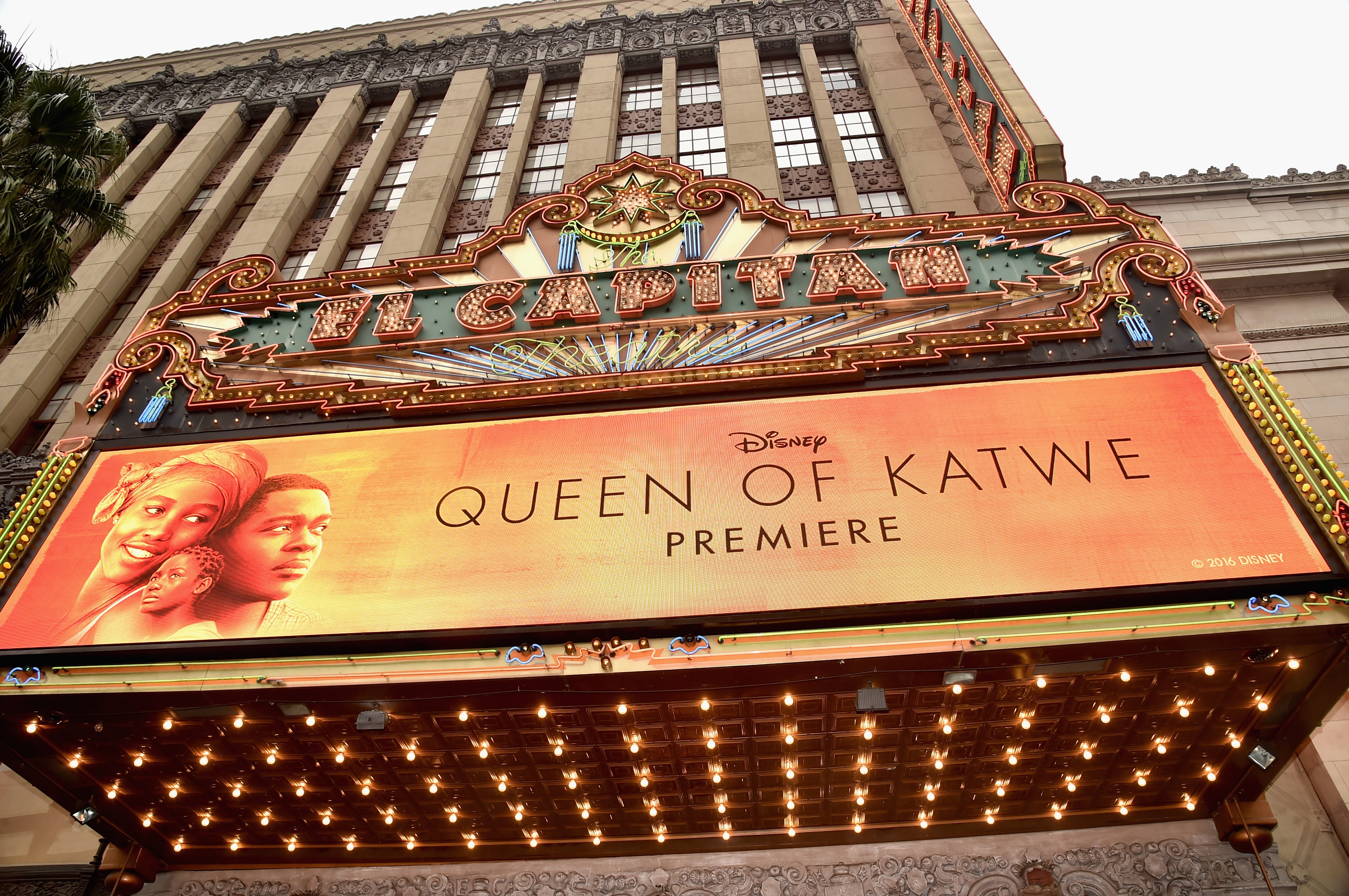 You never know what to expect from a Red Carpet event in Hollywood! I got to experience my first one last month at the premiere of Pete’s Dragon, and was so anxious to see what it would be like this time as Disney premiered the Queen of Katwe! Of course you know there will be stars and cameras and all of the glamour and glitz you’d expect from all things Hollywood. However, the Queen of Katwe red carpet premiere brought about so much more than can ever be dressed and photographed. 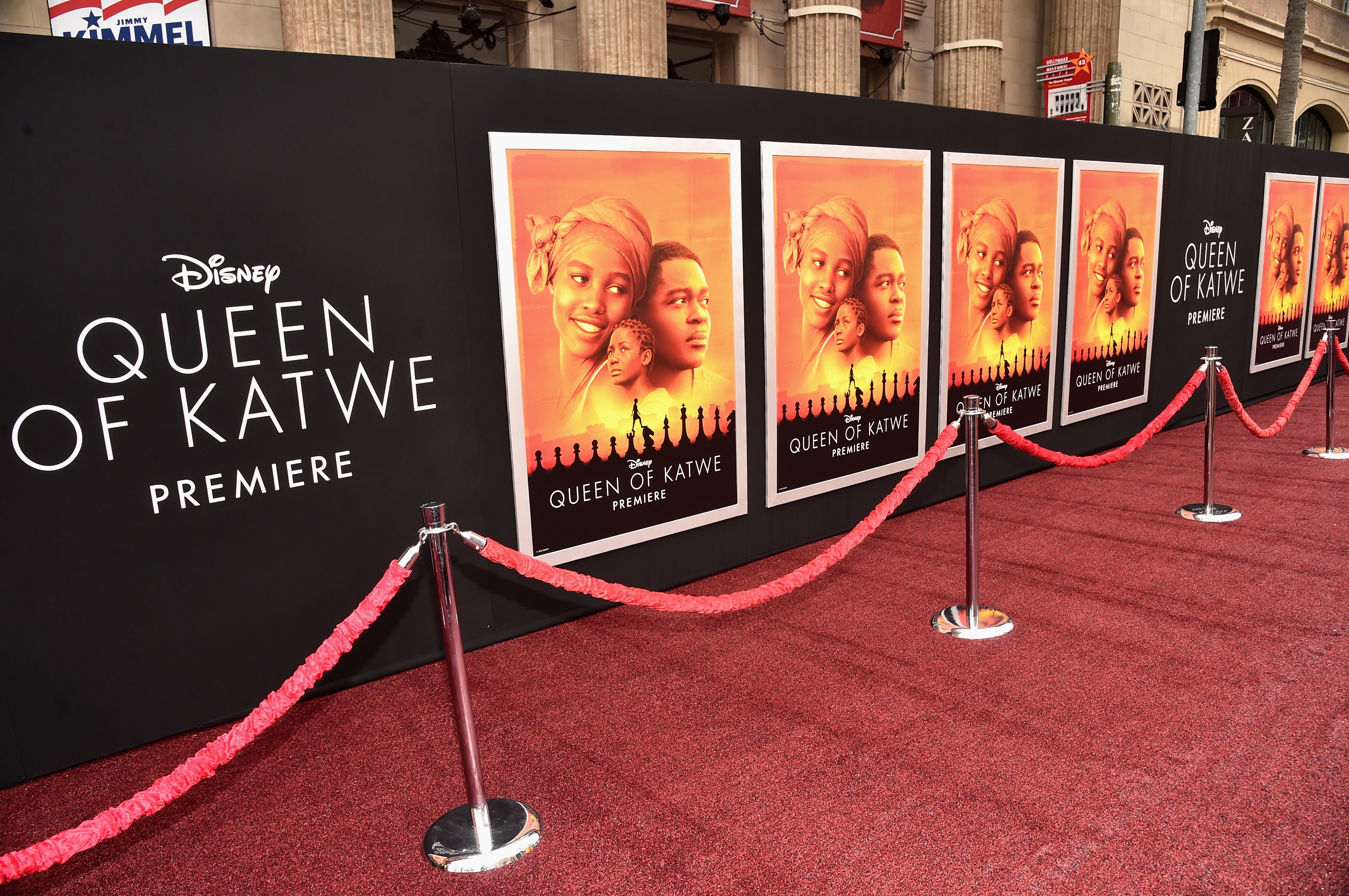 African culture on the red carpet:

First, with this movie having roots on my native continent, I found this to be the perfect opportunity for me to wear some traditional clothing. Yes, I do love wearing my garb and loved seeing so many other red carpet guests display the beautiful colors and styles indicative of African clothing. I wore this dress I had custom made for me last time I was in Liberia. How did I look? 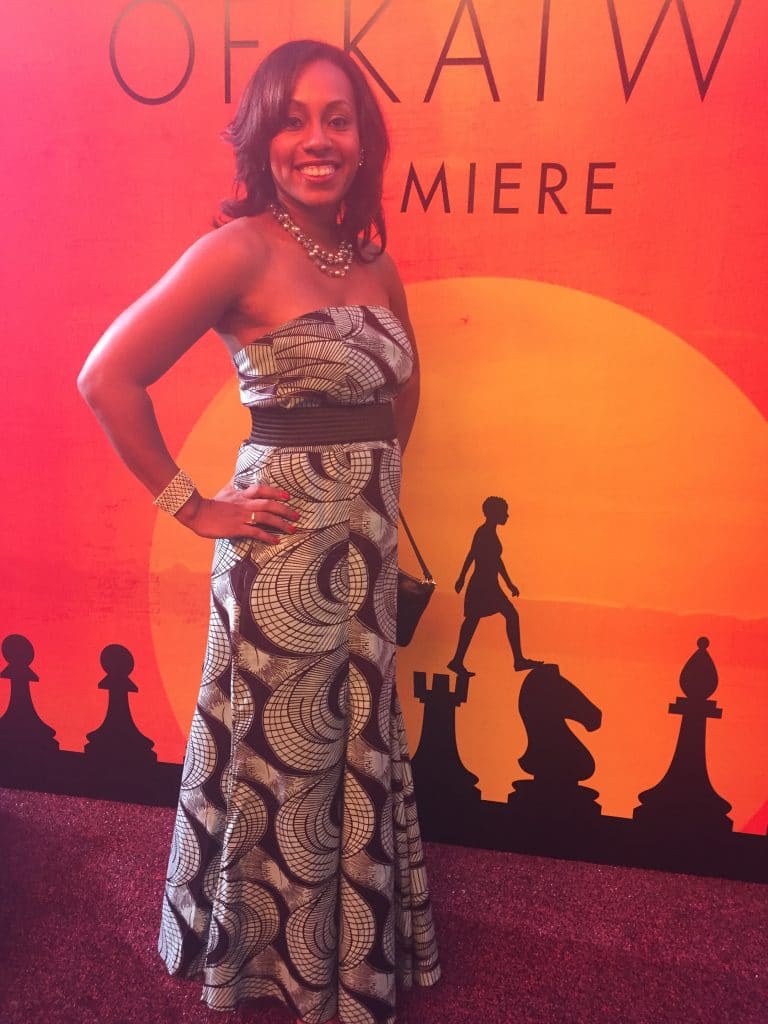 The Stars on the Red Carpet 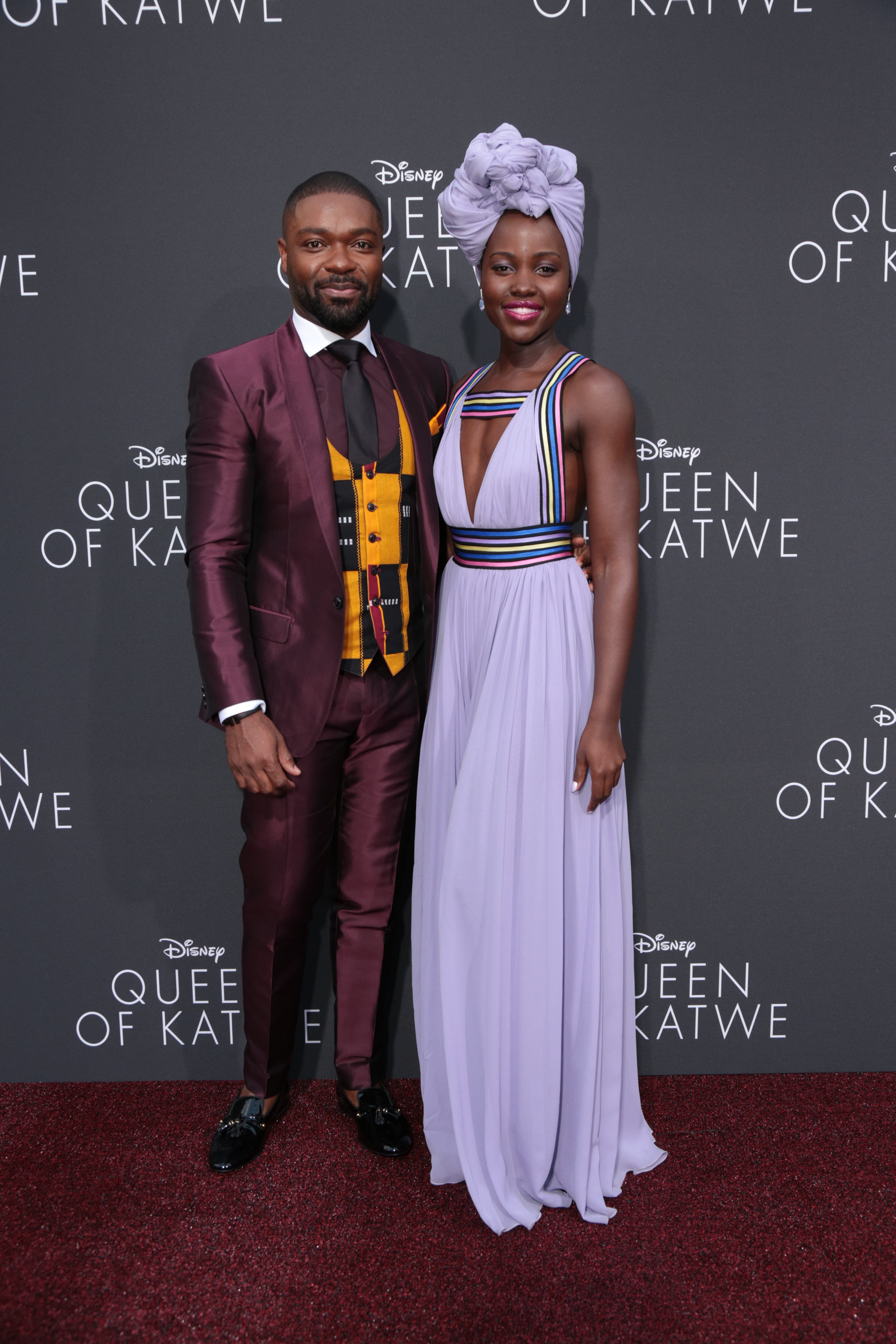 First, a little background on the stars of the movie:

The only established actors of the movie were Oscar Winner Lupita Nyong’o and David Oyelowo. Thhe vast majority of the cast consisted of native Ugandans, many from smaller villages.  Several shared how they could never have imagined being in a film of this magnitude, much less walking a Hollywood red carpet honoring their successes. While not all of the actors of the movie were able to attend this premiere (there will be one in Uganda in the upcoming months), we were graced with the presence of Madina Nalwanga who stars as Phiona Mutesi and Martin Kabanza who plays Phiona’s brother Brian. 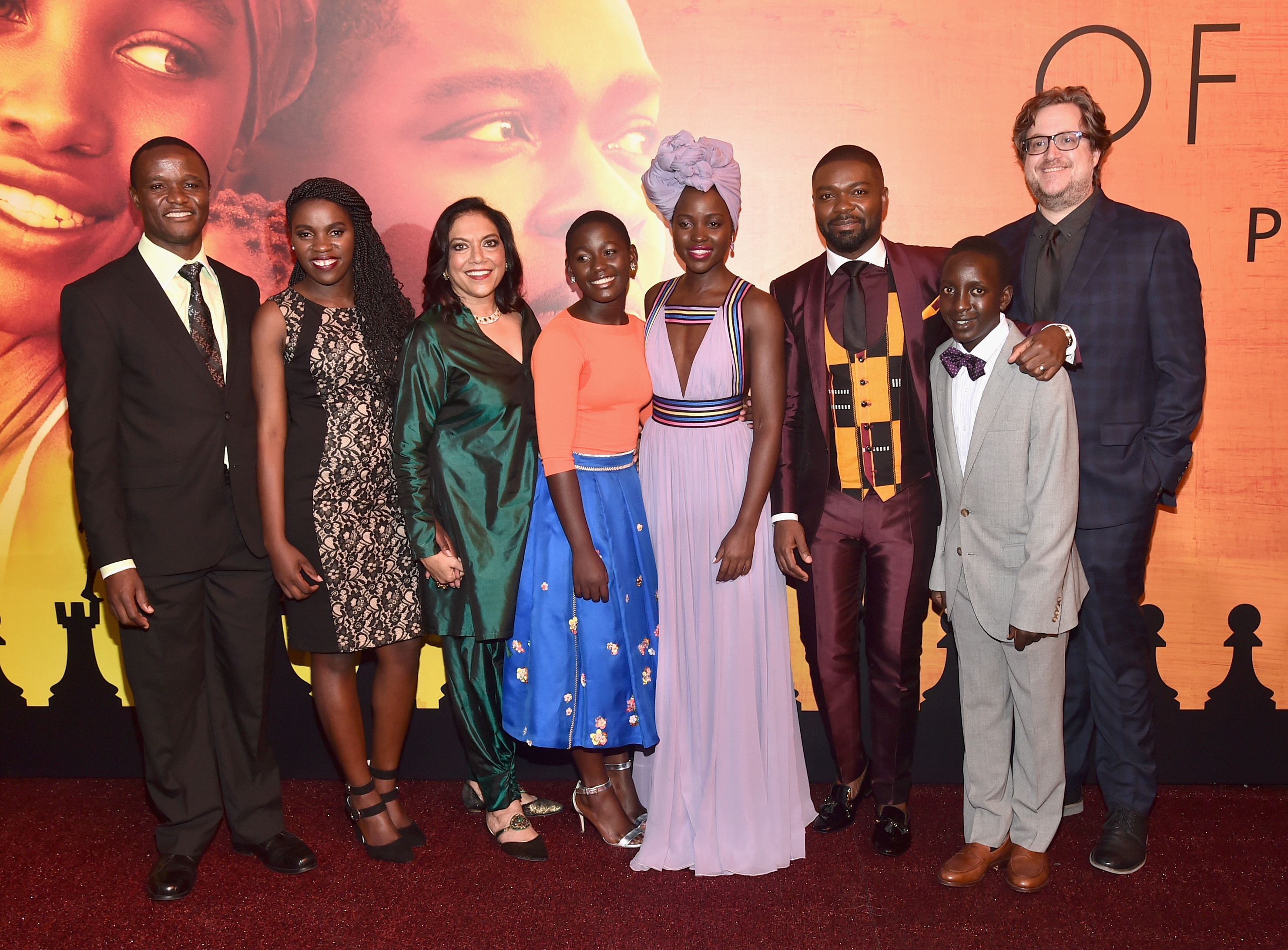 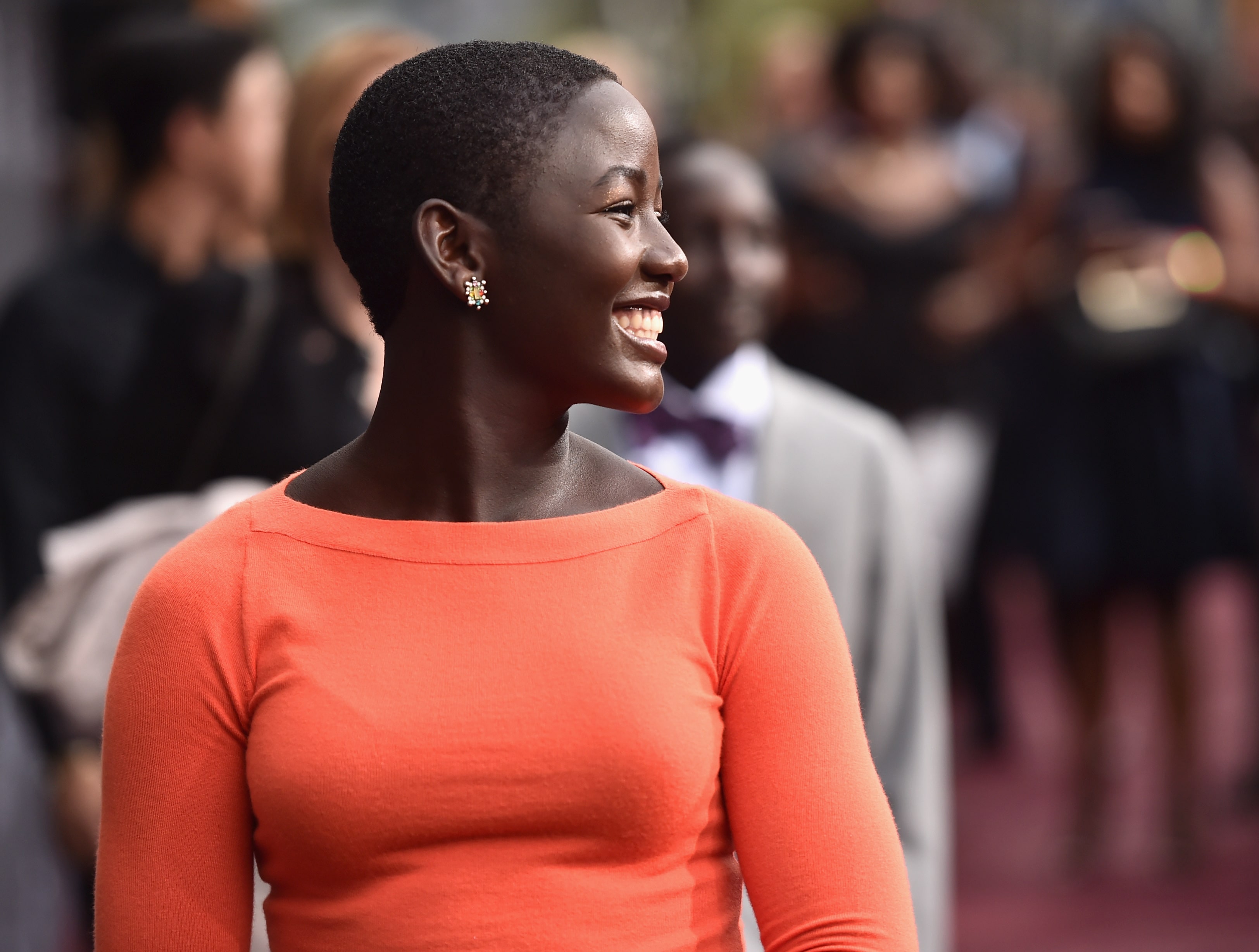 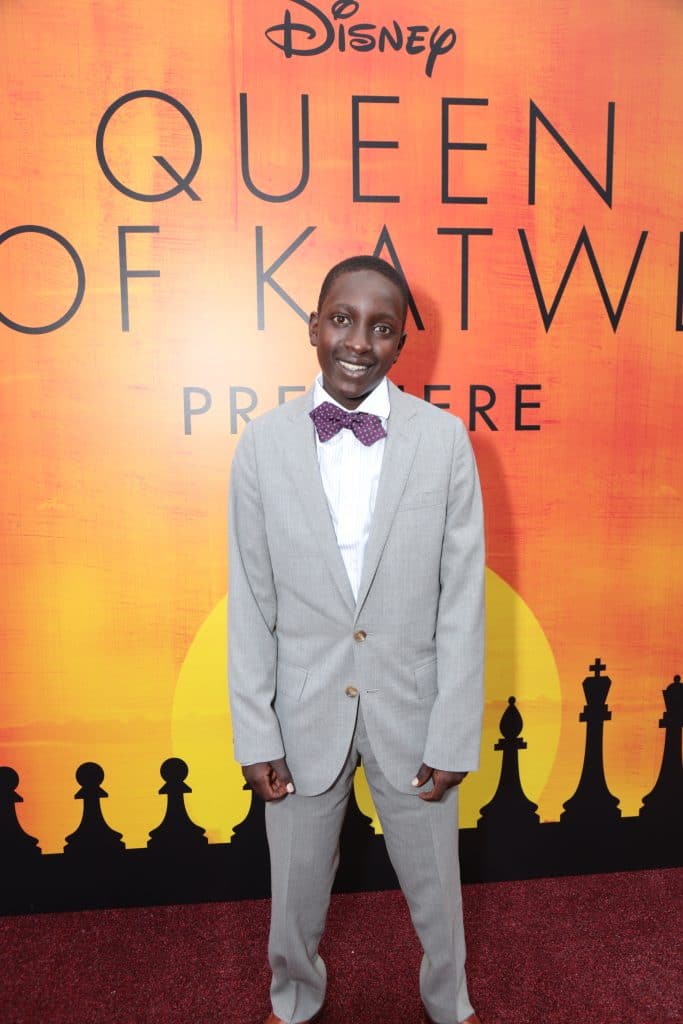 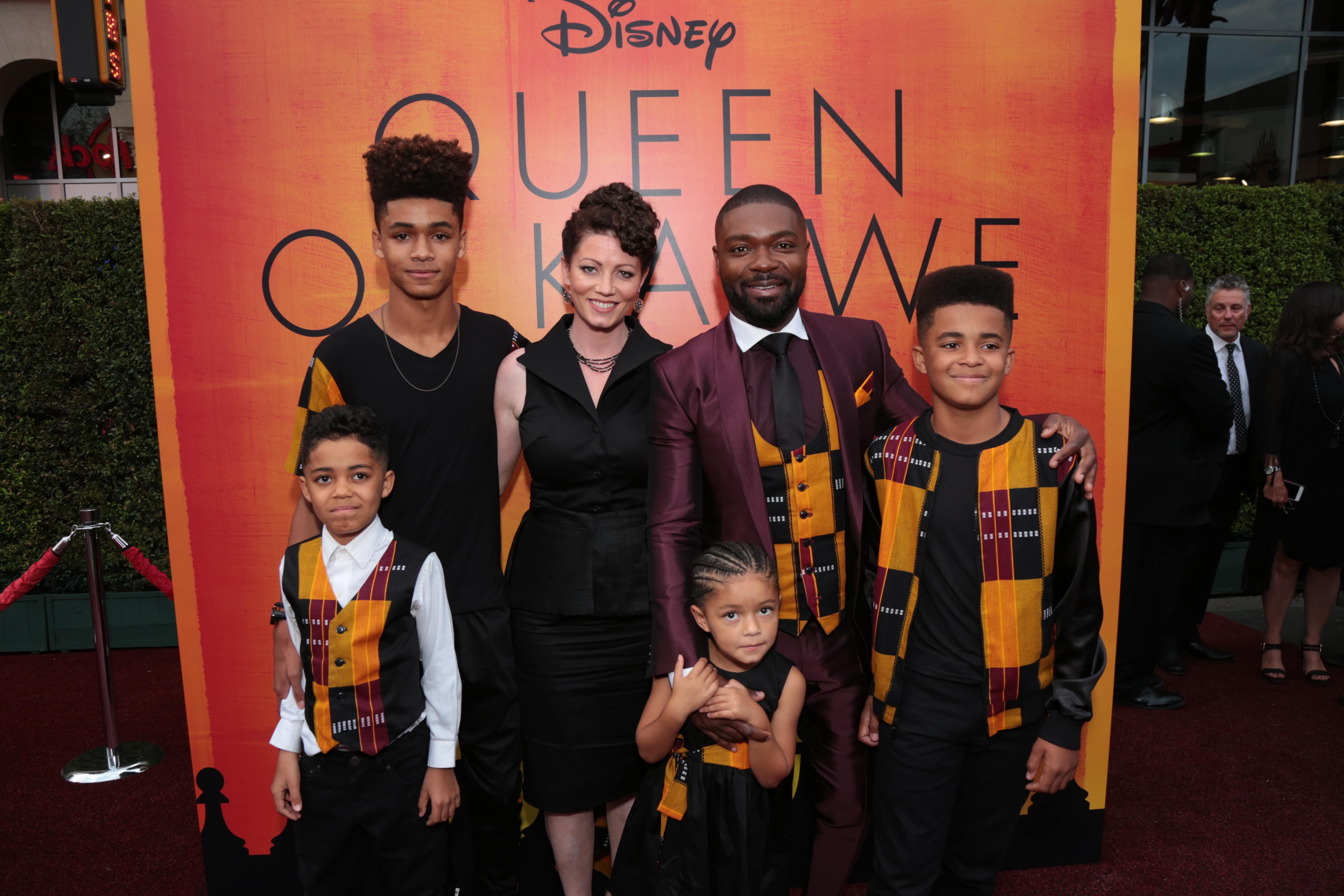 Even more humbling, we were joined on the red carpet by the real life Phiona Mutesi (who looked incredible by the way), Robert and the beautiful Mrs. Katende (Phiona’s coach and his wife, her teacher). 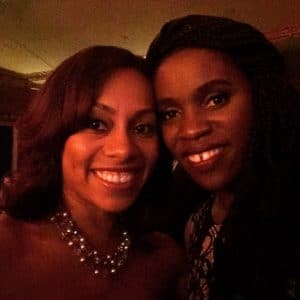 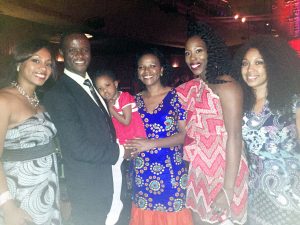 [/ezcol_1half_end]
With that said, the most unforgettable moment of the night still remains the time I got to look back in the theater and see the looks on their faces as they watched their stories and their work on the big screen!

This was actually my 3rd time seeing the movie since I screened it once during the Pete’s Dragon Event and the night before the premiere to prepare for interviews. With this being such an important movie to me personally, I was interested in seeing the audiences reactions to the movie. Like, what scenes they found funny, sad, and especially whether or not I was the only one who couldn’t hold back a tear at the end of the film! Everyone I spoke to following the film loved it! 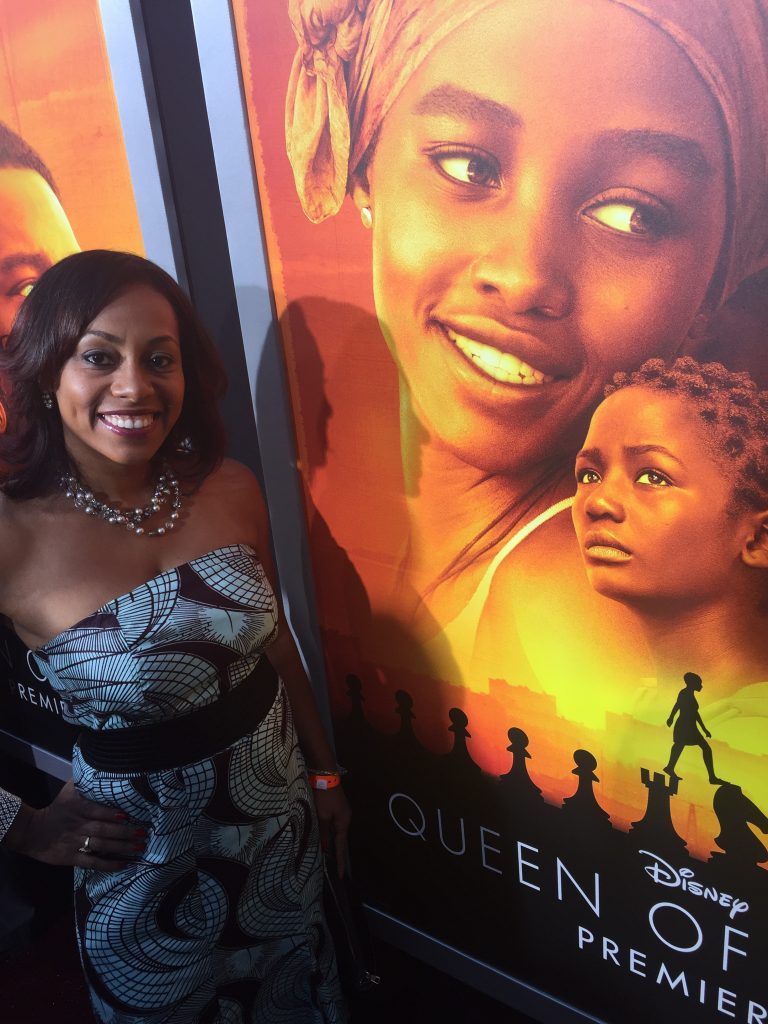 I can truly say the after party following the Queen of Katwe premiere was a celebration!

Yes, there were more stars, food, drinks, music, etc., but the most unforgettable experience was watching the stars, the creators, and the guests just dance in pure joy! Yes, Lupita got on the floor too and showed off her moves! 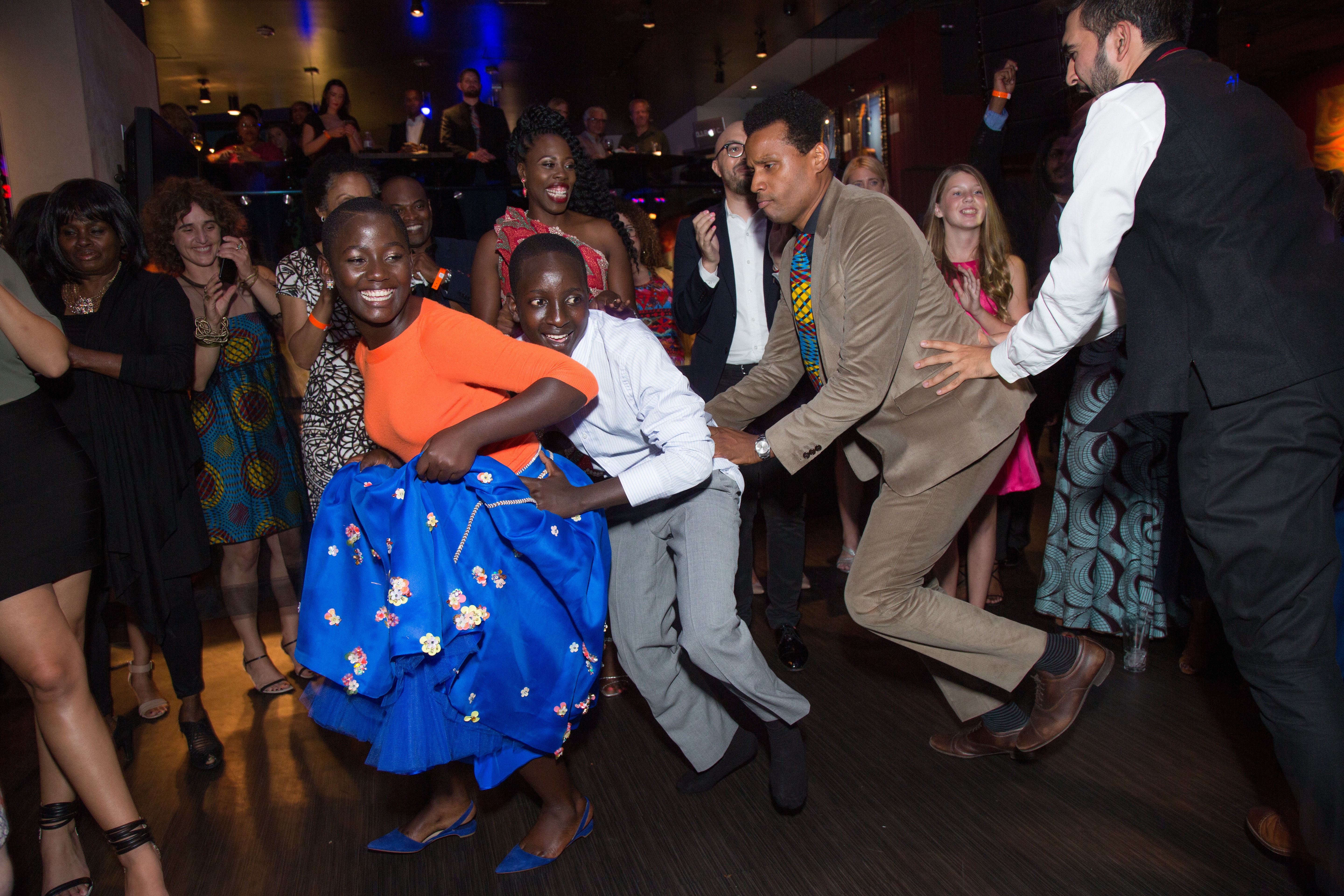 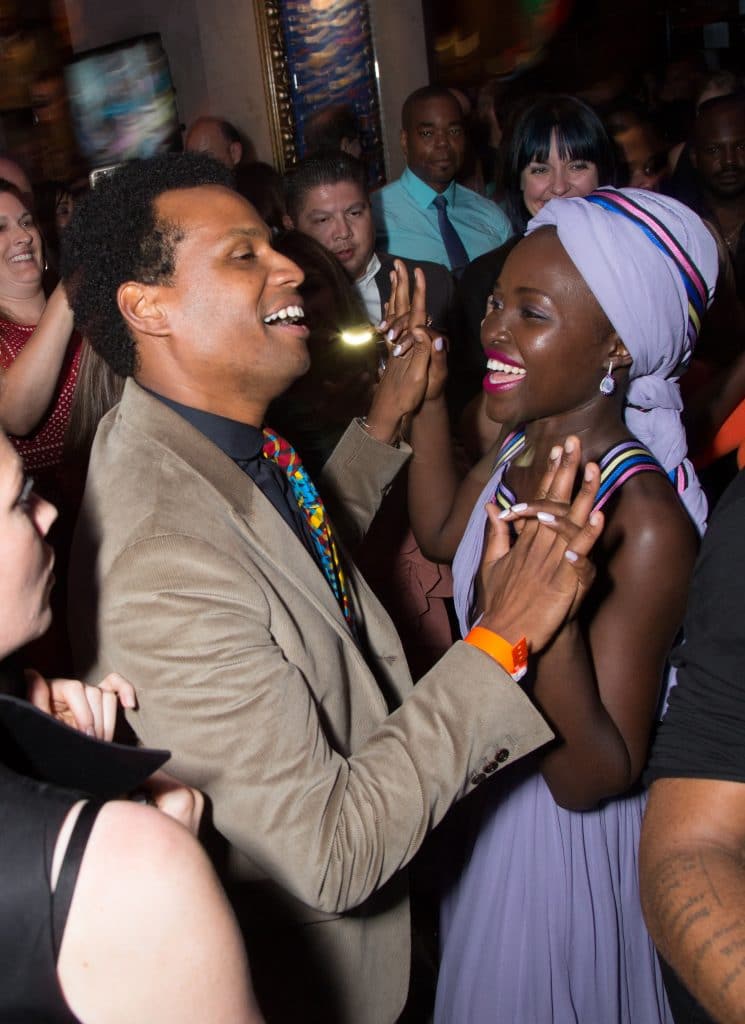 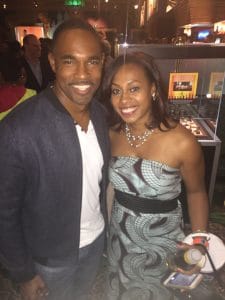 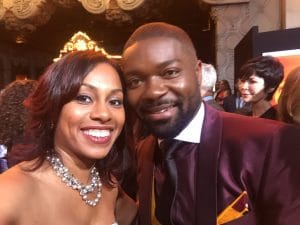 David Oyelowo and I 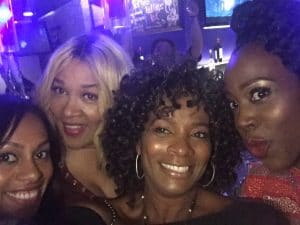 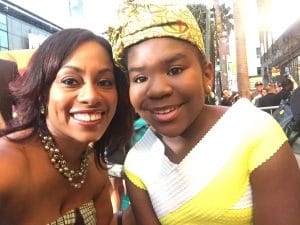 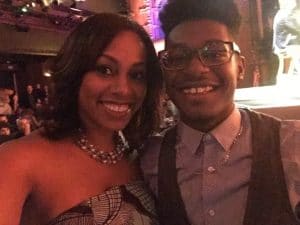 (These pics make me the coolest mom ever!) 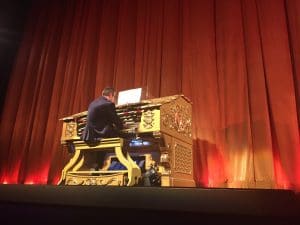 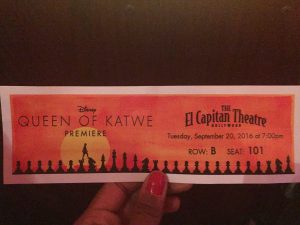 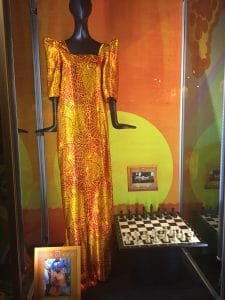 Another amazing and unforgettable experience for the books! I can’t wait for the movie to come out and hope everyone gets a chance to see it! It started today (9/23) in limited theaters, but will be everywhere on 9/30!

Meet the Characters and Cast of Disney Cars 3
5 Easter Eggs from The Little Mermaid To Watch For This Time Around
Exclusive Interview with Abigail Spencer of NBC’s Timeless
Will Rachel House be Taika Waititi's Good Luck Charm in Thor: Ragnarok? Audiences will decide! #Tho...

« Walmart Foundation’s grants to help fight hunger
What to expect from Season 6 of ABC’s #OnceUponaTime. »