Meeting the real life inspirations behind the movie Queen of Katwe was an honor.  Learn more about Phiona Mutesi and Robert Katende below. 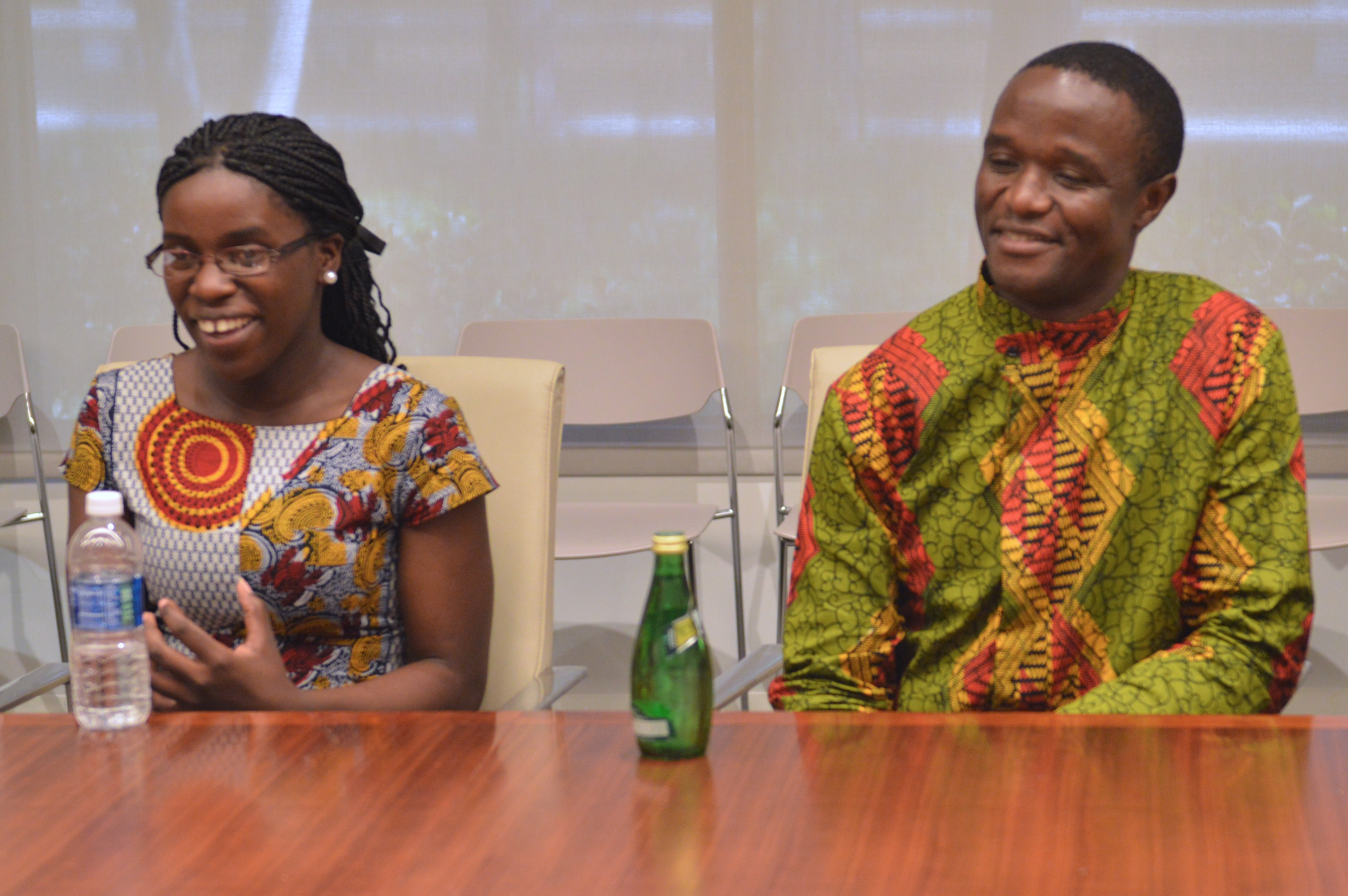 Disney’s a Queen of Katwe is truly one of the most inspiring films I’ve seen in a while and a great part of that is because it is actually based on a true story! One of the biggest honors for me was to meet the real life inspirations behind the film Queen of Katwe during my trip to Los Angeles. 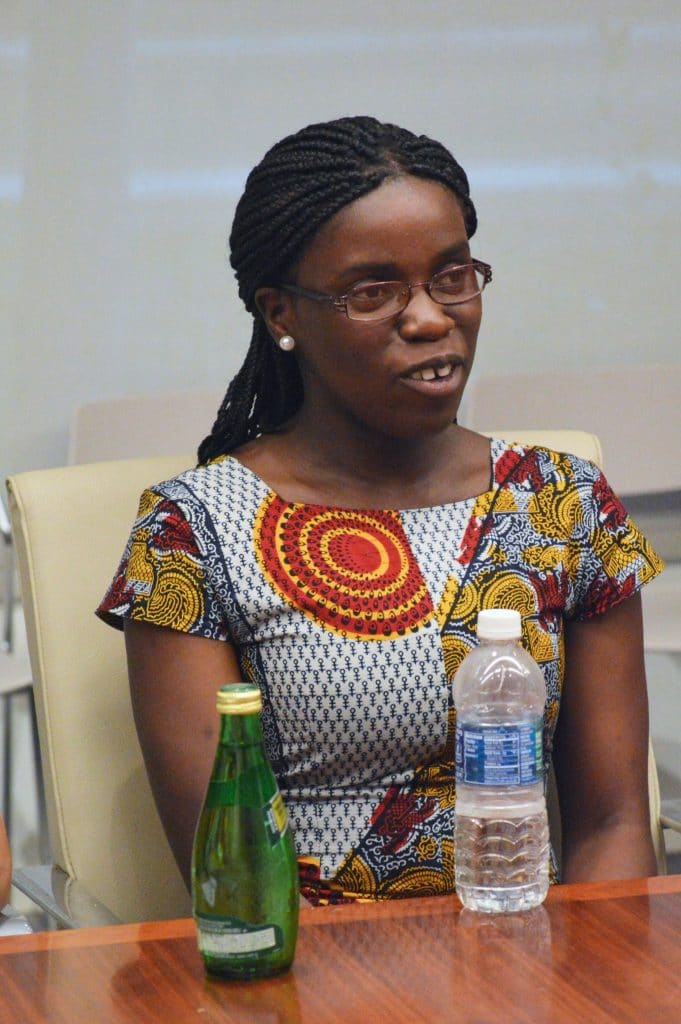 Phiona Mutesi was a young girl selling corn on the streets of rural Uganda whose world rapidly changes when she was introduced to the game of chess and has gone on to pursue her dream of becoming an international chess champion.  She was extremely humble and you could tell she was still taking this whole experience in.  Her English was not perfect, but she was able to communicate well with us about how humbling it has been for her to see her life story played on the big screen. 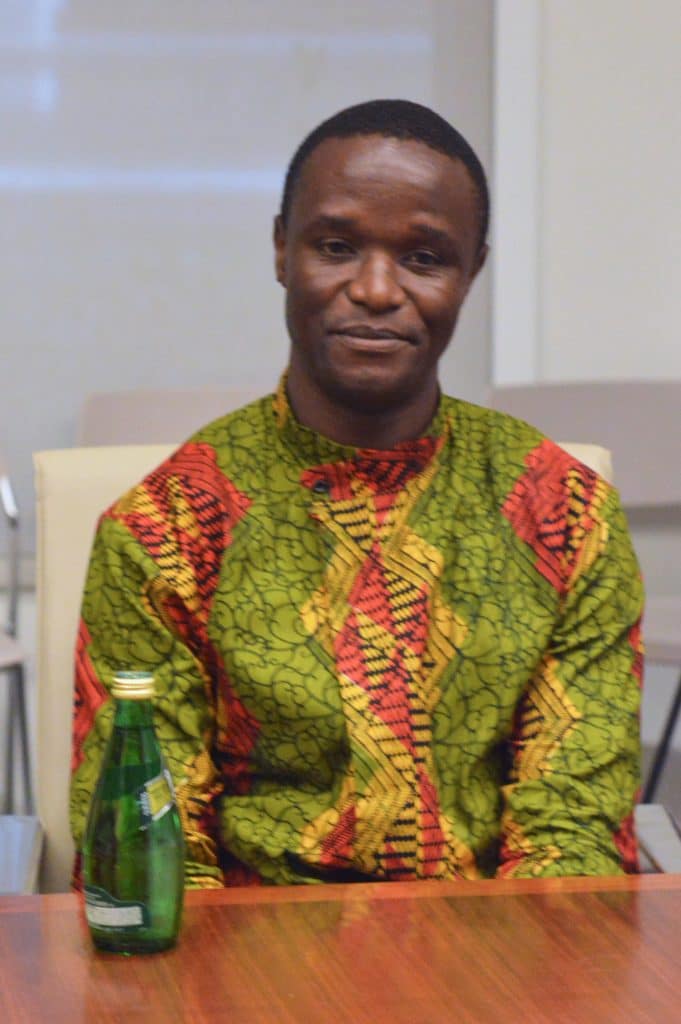 Robert Katende was Phiona’s chess coach and the man who believed in her talent and helped propel her to become the champion she is today.  He was just as inspiring in real life as he appears in the movie and we gained even more life lessons from him as we interviewed him.  It was also quite uncanny how well David Oyelowo nailed his entire demeanor in the movie!

Katende also continues to mentor her and several young children in the community.

It was incredible that they were able to come along on the press tour for the movie and I was excited that they would be able to sit with us and share the parts of their experience that even the movie couldn’t show us!

Here are some highlights from our interview with Phiona Mutesi and Robert Katende, real life inspirations behind Queen of Katwe:

Is the movie as true to life as it could be?

According to Phiona Mutesi, she was quite pleased with the movie when she saw it, though she admits it was quite mesmerizing seeing herself on screen.  “I feel like I shouldn’t be there, like, shouldn’t it be someone else,” remarked Phiona.  We quickly assured her, “You’re supposed to be here.  You belong here!”

What was it like working with Madina and David who played you in the film?  How much did you get to coach your character on set?

Phiona shared with us that although she had met Madina Nalwanga, she did not spend much time on set or coaching Madina. The fact that she and Madina shared quite similar life stories made it an easy fit for the role.

Katende, on the other hand, spent more time on set, though he admits that he didn’t have to do much. He shared that David Oyelowo was quite careful in the way he portrayed him and would constantly check with Katende to make sure that the all of the lines were consistent with Katende’s true story.

As far as Katende’s only regret – it was the fact that he is not too fond of dancing, so Oyelowo could never take part in dancing during those celebration scenes.

What life lessons do you think children and adults can learn from chess?

Katende had quite a bit of insight to share us in regards to this question:

“There are several, actually. There are many values that we meet on a daily basis in our lives that you can involve them well to the platform of chess.  You can tackle abstract thinking, problem solving, decision making, weighing options.

Chess mentors you in finding value and where you have to get comfortable with your decisions, and don’t simply make moves.  You should have a plan.  You should have an objective, an activity objective.  It gives you an opportunity to where you can {form} ideas and try to figure out how to bring them to reality.

Can you talk about mentorship and how that played a role in your life?

“When it comes to the programs, it’s not so much entailed on chess but it’s more of focusing on an individual” shared Katende. He shared a touching story that occurred 10 years ago with one of the members of the chess team (Pioneers) named Richard. He was the young boy who volunteered to keep and store the chess board for the team each night. Then one day several months later, he informed Katende that they needed to find a new place to keep the board.  The young boy shared, “When my uncle comes back home, he comes back drunk, and they fight, and so they will break our board.” That was the moment Katende truly realized the importance of his mentorship.

“I thought, ‘What kind of trauma must this child go through at home?’  Sometimes, people are not addressing the symptoms that force you to go beyond, and then reach out to even the guardians- and those who don’t have them.  Those who don’t have them, I got an opportunity to get to adopt them. You can find in my home. There are about eight kids over there. So it’s now more like a big family.  But mentorship is an ongoing process.  And it’s not like, I will come and teach you, and then go away, but you allow them to learn your weaknesses, to learn how you face difficulties, how you respond to them.”

Can you tell us where you started with the pioneers and where you are now with your chess academy?

Katende was prideful in sharing that the Pioneers have all gone on to be young leaders, teachers, and professionals in their respective fields. There are now over 80 members of the Pioneers.

“Benjamin, Phiona, just completing high school to go to university next year. So it’s really a remarkable journey, for me to see them. And, besides they have professional kind of goals, they are naturally becoming leaders.”

Referring to something you said in the book (The Queen of Katwe: One Girl’s Triumphant Path to Becoming a Chess Champion) about stepping out of the boat and how you react to fear, and also, for Phiona, how to react when you feel defeated like you felt in Russia when you’re crying and devastated. How do you react in those situations?

We all recalled the scene in the movie where Phiona experienced her first loss and Phiona shared with us the pain and pressure that drove her to the point of tears.  Today, she shares that she can look back at the experience as just that – a learning experience.

Yeah, that is true, but in most cases it is fear. It hinders a lot in many cases especially for the children; that they have nothing to relate to- so no one has ever done it. They cannot connect . So it’s more like, no, you step out. You be there first. You take that responsibility. We just offer have real-life situations.

Then the question now is, what do you think is going to change us? You see yourself; Ask the person, what’s going to change this turnaround, to make this happen. So it’s like you start to instill a sense of discipline and responsibility. You need to see it from their perspective; not look at all- I wish my aunt had done this; oh, I wish my mom was available, but and my personal life, I tell them, look at me.

I’m a typical orphan; I never knew that things would ever change. But in every case, I had to keep on trying. I’d rather try than fail to try, and then I say it didn’t work out. There are moments when I go I wanted so much to do, I was really good in academics, but I can imagine what you are reading today. You have exams in two weeks, but you’re not sure whether you’re going to see them because you don’t have, you don’t realize the future.

So you ask many times , why should I really? If it doesn’t happen, I will have done my part. So that’s the kind of approach I take.

Phiona, you’re definitely and inspiration.  What advice would you give to a young girl that’s scared of stepping out?

“Have hope in everything you’re doing, and just be hard working.  Have a dream. {Think} I want to be this in my life.” 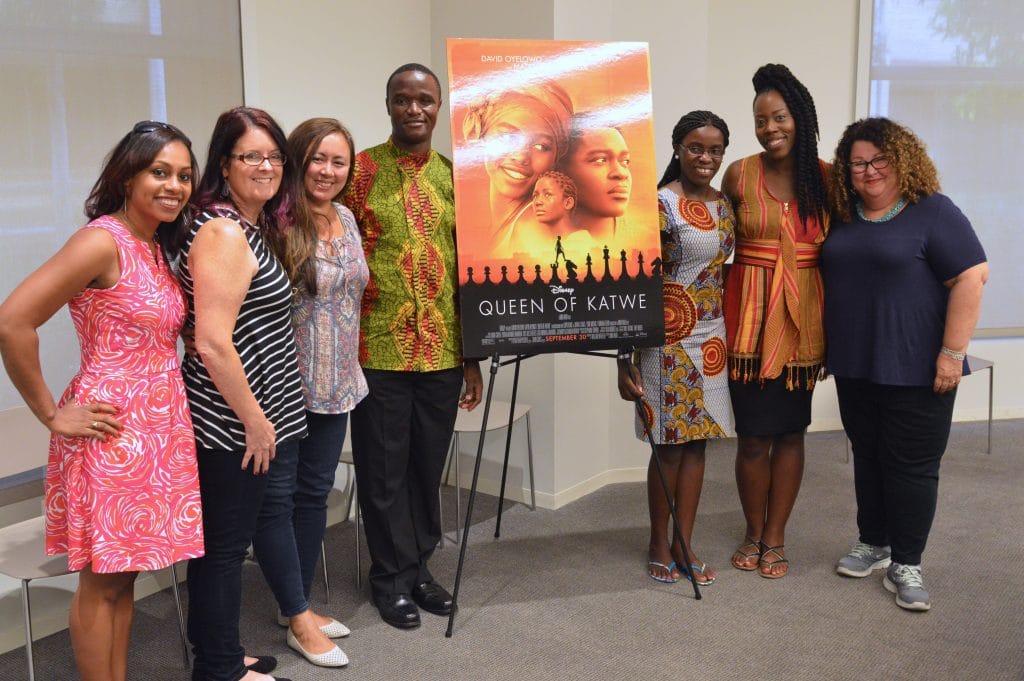 …And then later that day, we all got to witness this now woman and international champion stunningly walk a Hollywood Red Carpet to watch a Disney movie made in her honor!  Yes, dreams do come true! 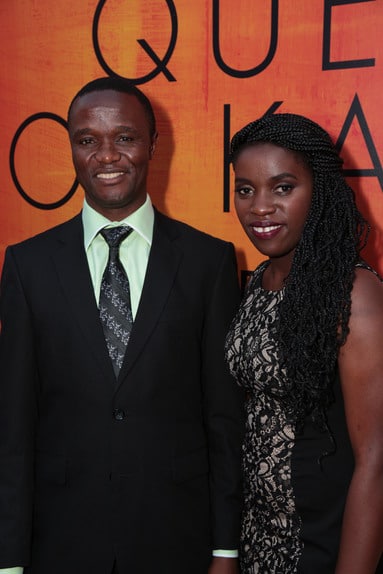 More exclusive behind the scenes footage with the stars of Queen of Katwe:

On the Red Carpet at the Queen of Katwe Premiere