Little known fact about me, I used to be really into astrology once upon a time. I haven’t kept up with stuff in many years, but occasionally, when I get a reminder about things like Mercury Retrograde. 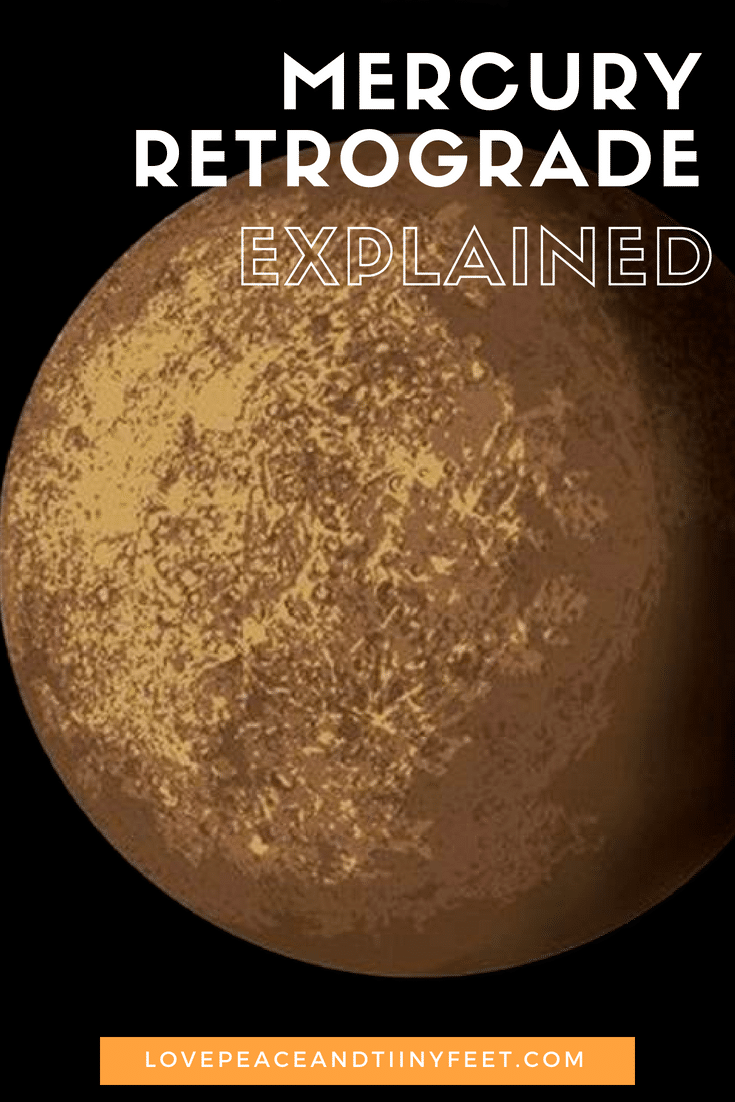 Even those who do not know a lot about astrology seem to have heard about Mercury retrograde. This is usually a phenomenon that mostly happens about three times in a year, lasting for about three weeks. A retrograde refers to the apparent backward motion of a planet, which is evident for all planets.

Mercury’s retrograde motion is based on the observation of its movement in the sky. If you go outside at night and take a look at the planets, you will notice that Mercury moves gradually towards the east each night. However, every once in a while, it will appear to stop and then start an apparent new journey towards the west. This is an optical illusion from Earth’s perspective that is created by the differences in the speed of movement within the solar system. Mercury’s retrograde happens to be the most well known due to its notoriety. Astrologically, it has the most significant effect on our daily lives.

THE NEGATIVE EFFECTS OF MERCURY RETROGRADE

In general, Mercury is associated with perception and thinking, dissemination and processing of information as well as all means of communication and transportation.  All these aspects are usually expressed in such negative ways.  For example, this is believed to lead to increased occurrences of regrettable decisions, arguments, misunderstandings, transportation accidents, and delays.

The hardest hit area is communication. Your computer breaks down, your delivery guy loses your packages, you forget things, send emails to the wrong person, all sorts of misunderstandings.  Since Mercury tends to affect people’s thought process, you may find yourself not able to think straight. Although, admittedly, as a mother, I don’t 100% know that I can blame this on Mercury Retrograde.

LEVERAGING MERCURY RETROGRADE FOR SELF IMPROVEMENT

Of course, after I’ve stated all of those negative effects of Mercury Retrograde, you’re probably wondering why I am looking forward to it.  Despite the negative reputation, Mercury Retrograde is really not all that bad. It is a natural cycle that truly does have its purpose. Since Mercury turns in its path, all we need to do sometimes is follow suit. This can be a time to review, revise, and redo certain areas in your life that need work.  It’s encouraged during this time to not take on new projects, etc. which sometimes is very necessary. Instead, it’s a time to finish things that you’ve started, catch up on aspects of your life you’ve neglected, or just let go of things you’ve been holding on to.  Mercury retrograde should be your call to deep thinking, soul searching and inner understanding.

These next few weeks, I’ve vowed to do just this.  I spent yesterday cleaning out my workspace and purging old clothes, toys, and stuff around my house.  Getting rid of the old to make room for the new.  🙂

Plus, since I am the queen of starting new projects, I’m vowing to say no to anything new that comes my way for these next few weeks. Truth be told, I have more than enough projects already on my plate that I want to bring to fruition instead.

For example, I don’t know if you guys know this, but I had a metaphysical and energy healing store last year on eBay. I allowed it to close down back in January with the intent of reopening it as an ecommerce store.   Energy healing and metaphysical wellness has always been another passion of mine and so through this, The Purple Bubble was created. Of course, I’m still building and fine tuning the site, but feel free to check it out!

THE DO’S AND DONT’S DURING MERCURY RETROGRADE

Regardless of how much of this you believe or disbelieve, here are some general rules to guide your behavior during Mercury Retrograde periods

Do you pay attention to Mercury Retrograde?  How do you feel about this time of the year?

« Enter to Win a Despicable Me 3 DVD Combo Pack! #DespicableMe3
When #BetterMatters most… My 5 most memorable mobile moments of 2017 »