May the Fourth be with you! In honor of this special day for Star Wars fans, I’d love to share an all new initiative called Roar for Change! In support of UNICEF, Disney fans all over the world can share their best Chewbacca impersonation, don a voice-changing Hasbro’s Electronic Chewbacca mask, or create a Dubsmash using one of Chewbacca’s best-known roars from the Star Wars saga, which will be hosted on the app’s homepage for the duration of the campaign.

You can’t hear our roar from this, but take a look at our group from the #InfinityWarEvent donning our best Chewbacca looks: 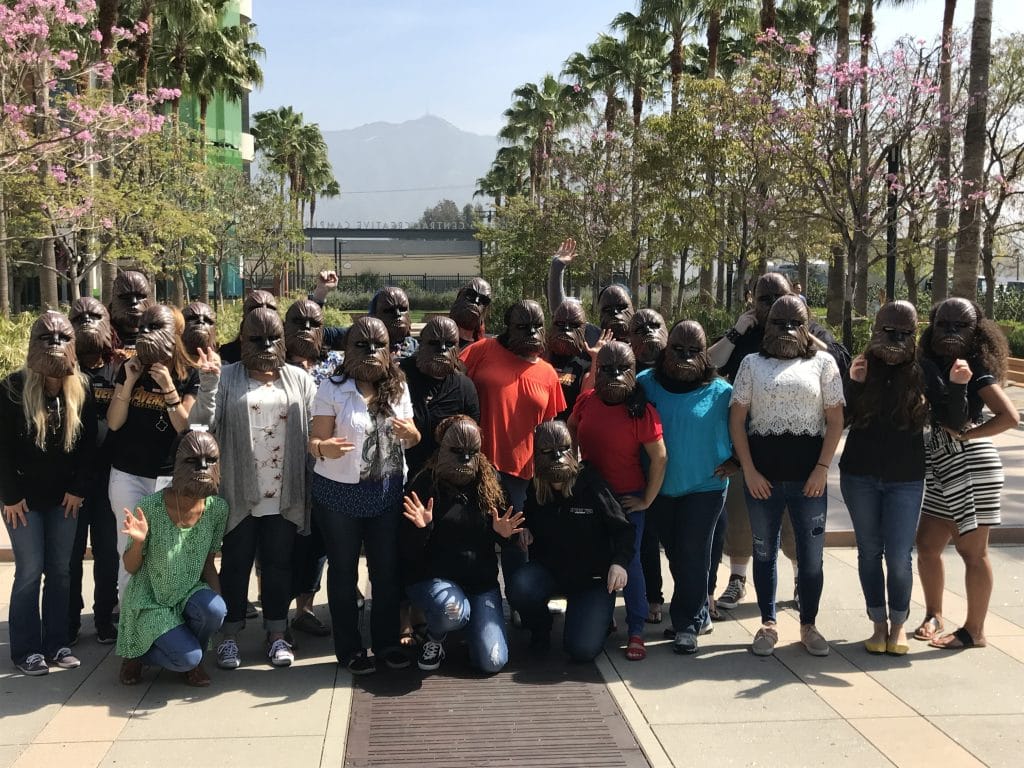 Here are some more fun facts and what you should know about this initiative:

Learn more about the campaign at ForceForChange.com and join the #RoarForChange challenge! View the launch video below:

About SOLO: A STAR WARS STORY
Board the Millennium Falcon and journey to a galaxy far, far away in “Solo: A Star Wars Story,” an all-new adventure with the most beloved scoundrel in the galaxy. Through a series of daring escapades deep within a dark and dangerous criminal underworld, Han Solo befriends his mighty future copilot Chewbacca and meets the notorious gambler Lando Calrissian, in a journey that will set the course of one of the Star Wars saga’s most unlikely heroes.

The New Jurassic Quest Drive Thru Dinosaur Adventure - Here's what you should know!
Michael Douglas on Suiting up in Ant-Man and the Wasp
Beauty and the Beast Party Invitations and other Essentials
5 things I can share from my "Top Secret" visit to the set of Captain Marvel

« What Quantico fans can expect this season with Marlee Matlin!
Disney Cruise Hacks for your visit to Castaway Cay »