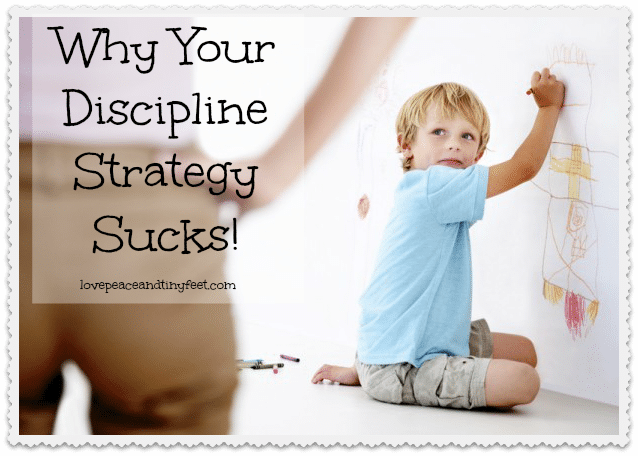 Recall my post from a few months ago on 10 Things I’m Doing Right As A Parent.  I shared about our atrociously disorganized morning routine; which repeated itself often and caused a lot of headaches (and school tardies) than I can count. My kids had terrible discipline. They didn’t listen to me. In fact, Leila portrayed her interpretation of me yelling at them as she threw her hands in the air and screamed “Ahhh. Ahhh.” I have to admit, that was pretty funny, but not the disciplinary effect I was going for. I don’t hit my kids and I don’t believe in it, but I knew I had to make some changes in my discipline strategy.

Well, this morning was technically our last day of school. We’re all exhausted. We’re OVER the routine. But somehow, some way, we NAILED it. My stern voice is enough to get them out of bed, teeth brushed, dressed and downstairs in time for breakfast. We got to school with minutes to spare and I let out a big huge, “Hallelujah. We are done!”

Are you and your child clashing? Are you frustrated that nothing seems to work? This is something that a lot of parents deal with on a daily basis (including me), so know that you’re not alone. There are so many different ways of disciplining a child for bad behavior, and you’ve probably tried every disciplining tool known to man, however, there could be some critical reasons as to why your discipline strategy sucks.

If you’ve tried everything you can, but your discipline strategy doesn’t seem to be working, here could be some reasons why Your Discipline Strategy Sucks:

Your Methods Are Inconsistent:

Inconsistency is a parent’s worst enemy. If your methods are inconsistent, it’s basically waving the white flag to your kids and giving up. It’s in a child’s nature to push the limits and if you keep switching your discipline strategies around, you are letting your child control the situation. They come to learn that you’ll just give up and go on to something else if they keep pushing long enough. And, yes, changing the discipline strategy is a sign of caving. Find a technique and stick with it for a while. A few months at least, just to see if it truly will work or not.

You Give Up on the Discipline:

Just as critical as not picking a discipline strategy and sticking to it is you give up on the discipline way too early in the game. Imagine when you were younger and you played the staring contest game? The first one to blink, loses, right? Well, your child has a lot more energy to devote towards whatever bad behavior they’re doing than you might normally have to stop it. But, just as in a staring contest, the first one to back down loses. If you take away a toy for misusing it, if you give it back before the set time frame, you are then enabling the bad behavior. And your kids will learn they can push until they get what they want, instead of following the rules.

You’ve probably heard the term: Respect isn’t a given, it’s earned. If there isn’t mutual respect between you and your child, nothing you try as a discipline strategy will work. Respect for your child is different from the respect they show you. Ways that you can respect your child is to keep an open dialogue, recognize them as individuals that have their own feelings and do not make them seem less for having those feelings, and never use discipline as a form of control. Discipline should only be used to teach right from wrong. If you try to use it as a control tactic, you will lose your child’s respect and nothing will work.

So, if you find that yourself wondering why your discipline strategy sucks, the answer could be in one of these issues. Every child learns differently and this is the same when it comes to consequences. As long as you stick to your guns and respect your child as the individual they are, you’ll have a better chance of succeeding.