AT&T is celebrating Black History Month with its inaugural Dream in Black 28 list, a celebration of 28 creators who have dared to Dream In Black and are paving the way in the Black community as they shape the now, the new, and the next. The Dream In Black 28 Experience is a Dream In Black initiative designed to tell inspirational stories that explores and cultivates the interest in African American history and powers the possibilities of the future.

Each week, they’re unveiling seven people from the specially curated list and celebrate their accomplishments and courage to Dream In Black! Last week, I took part in the official launch Twitter Party, where we announced the first 7 creators being honored! Drumroll please…. 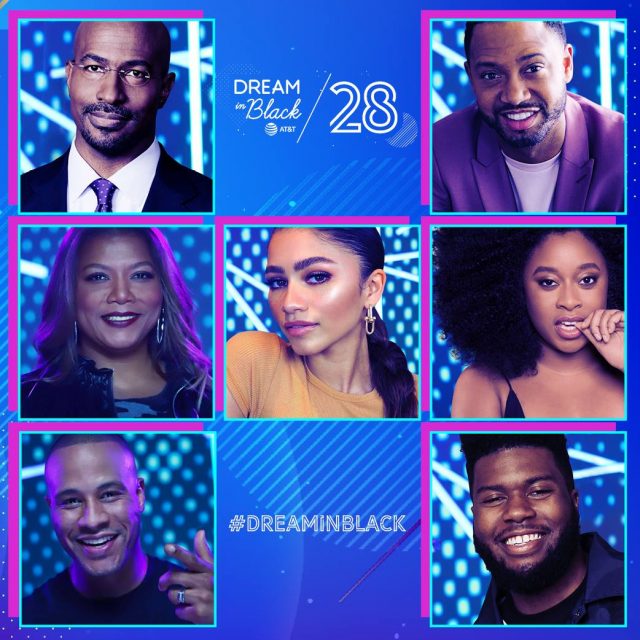 Here are some of the highlights from the celebration!

I am honored to be on the inaugural #dreaminblack 28 Future Makers list for #blackhistorymonth. I challenge you all to continue Dreaming in Black and post how you are making history day. Thanks @att for the honor! pic.twitter.com/5SIFpzXoaI

I love me some Queen I’m not surprised she made the list she’s so inspirational #dreaminblack #ad #attpartner pic.twitter.com/tlLlwLfa6I

A1: Dreaming in black means making sure my boys are prepared to do their very best and to make sure we give them the tools for success. #ad #DreamInBlack #attpartner

I just LOVE this: “Dream in Black is a mindset where success can look like anything you can dream.” #DreamInBlack #attpartner pic.twitter.com/ylaQfp3e78

HOW DO YOU DREAM IN BLACK? TWEET AND WIN!

As I mentioned earlier, there will be 7 people unveiled each week. HOWEVER, there’s one spot left for individuals just like you and me to join this incredible list!

From now through February 28, 2019 post a photo/video explaining how you are making history using #DreamInBlack on Twitter, Facebook and Instagram for your chance to become one of the Dream in Black 28 future makers. The selected contestant will also win a flyaway trip for two to Hollywood, CA to attend one of Black Culture’s biggest events in entertainment. The lucky winner will be contacted during the second week in March!

Here are some of the amazing stories and videos shared so far!

#dreaminblack @att how do you dream? Pass on the power of dreams! pic.twitter.com/2JeZp8C55S

#DreamInBlack I represented my school at a speaking competition, during my speech i questioned the thoughts of younger and older minds and helped many kids my age notice the poor treatment of those from different backgrounds. As a young black male it was my duty to do so. pic.twitter.com/9TOzjY4sOF

#DreamInBlack I represented my school at a speaking competition, during my speech i questioned the thoughts of younger and older minds and helped many kids my age notice the poor treatment of those from different backgrounds. As a young black male it was my duty to do so. pic.twitter.com/9TOzjY4sOF

Be sure to join us this Friday, February 15th at 12:30pm EST as we continue this very important conversation! Follow #DreamInBlack or go to www.att.com/dreaminblack for more information.